Skip to content
The Bonneville Salt Flats is a magical place and a national treasure; David Fetherston’s latest tome chronicles 100 years of racing there. 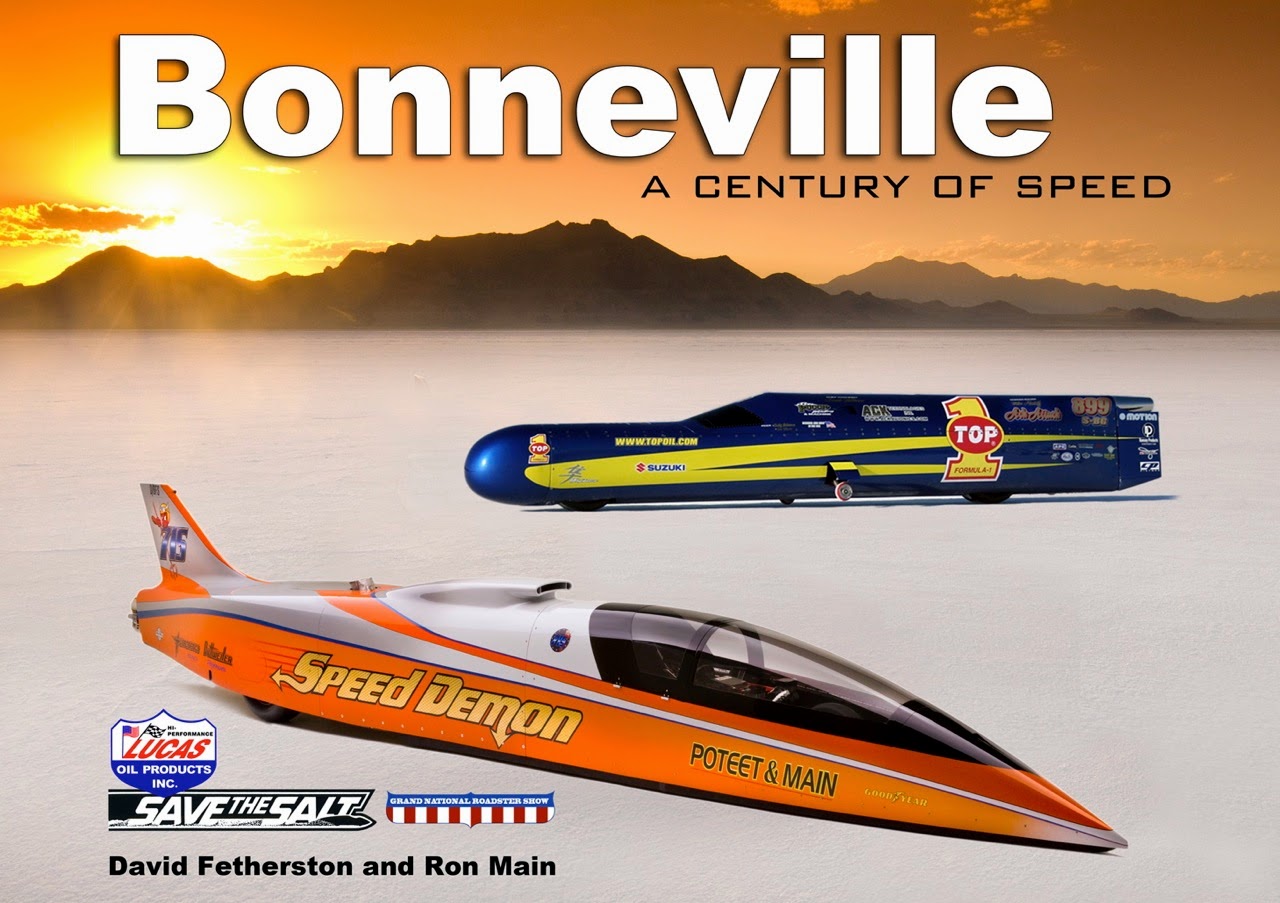 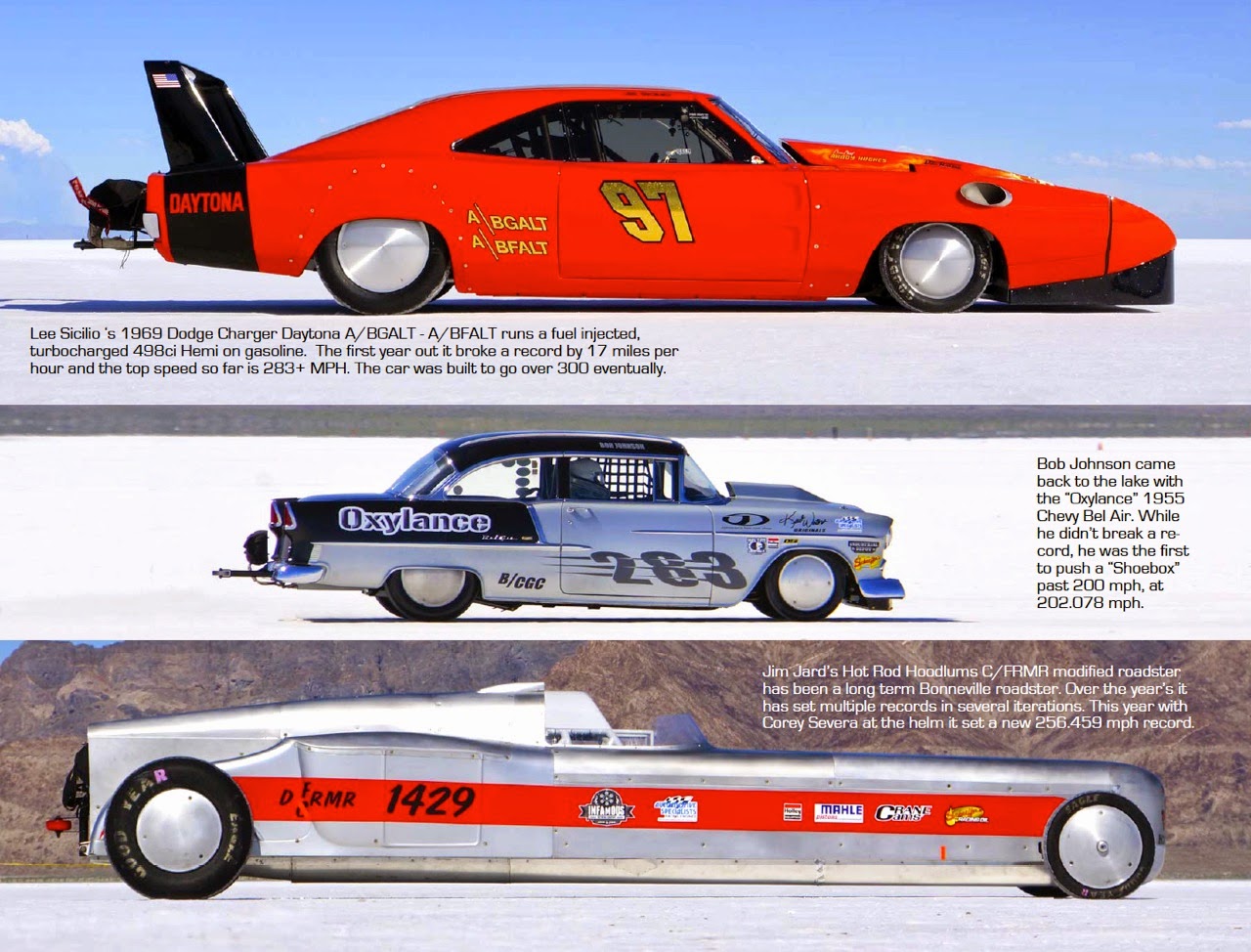 While the first known attempts at land speed record setting were on just a little-over-a-mile road outside of Paris in 1898, Land Speed Racing is as American as hot dogs, hot rodding and Motown! In 1898 Count Gaston set the first land speed record at 39.34 mph in a 36-horsepower Jeantaud electric racecar built in Belgium. Over the next couple of years other Europeans set records and, it was not until 1902 when another electric racer, Torpedo-1, set a new land speed record at over 100 mph on the streets of Staten Island, New York City. That’s right, New York City! In 1914, Teddy Tetzlaff broke the world land speed record in the 300-horsepower Blitzen Benz 2, clocking 142.73 mph on the Bonneville Salt Flats, Wendover, UT. That’s the start of Bonneville becoming synonymous with Land Speed Racing. 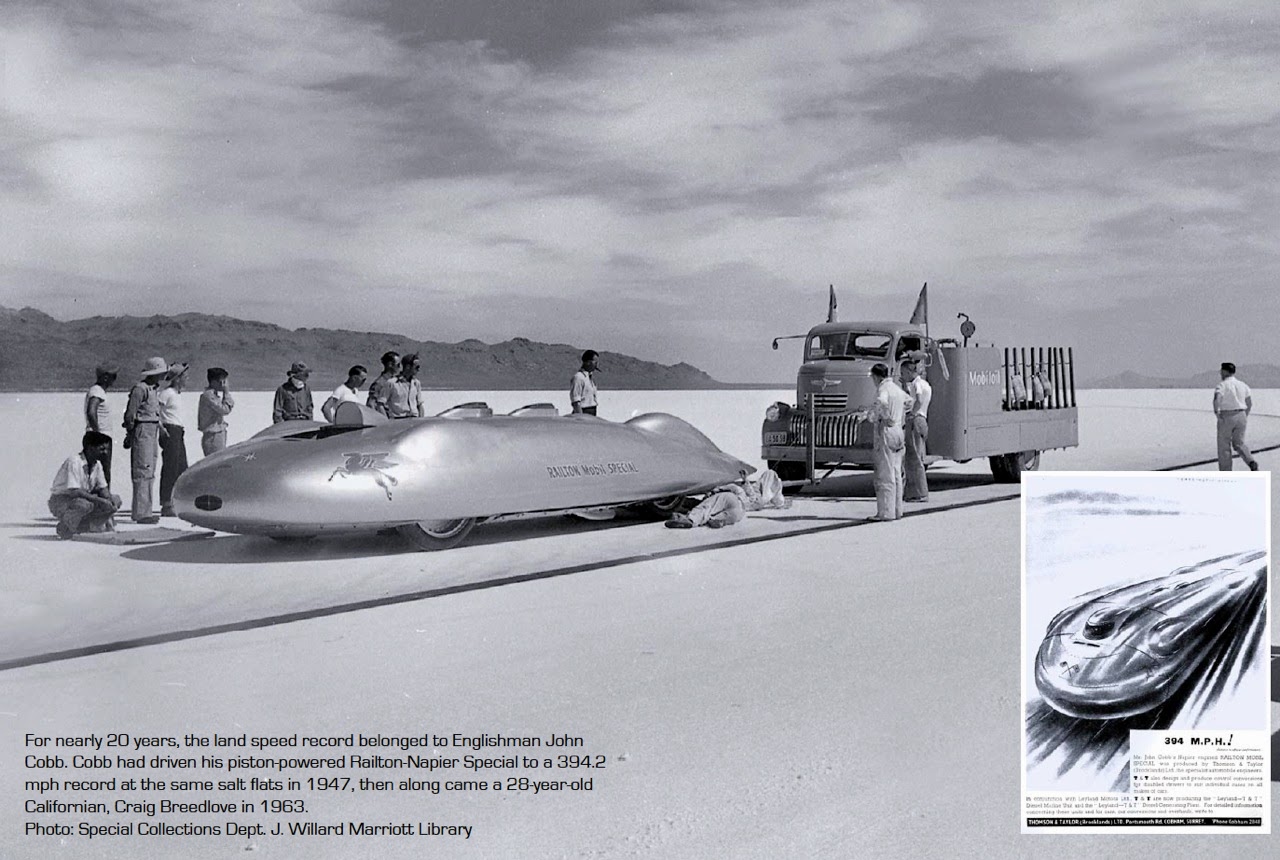 Racing on the Salt Flats is a lot more than setting ultimate land speed records, which always make head-turning headlines. It’s also about the little guys, do-it-yourselfers and grassroots racers with little money, incredible ingenuity and almost unobtainable dreams. Dreams that over decades have actually turned into reality. Bonneville is a place where little engines deliver incredibly BIG results and the cars they power end up in the record books. It’s where competitors are friendly and helpful to one another. It is truly a magical place and author, photographer and historian David Fetherston conveys the soul of the salt in beautiful photographs and flowing text that make you feel like you are there! 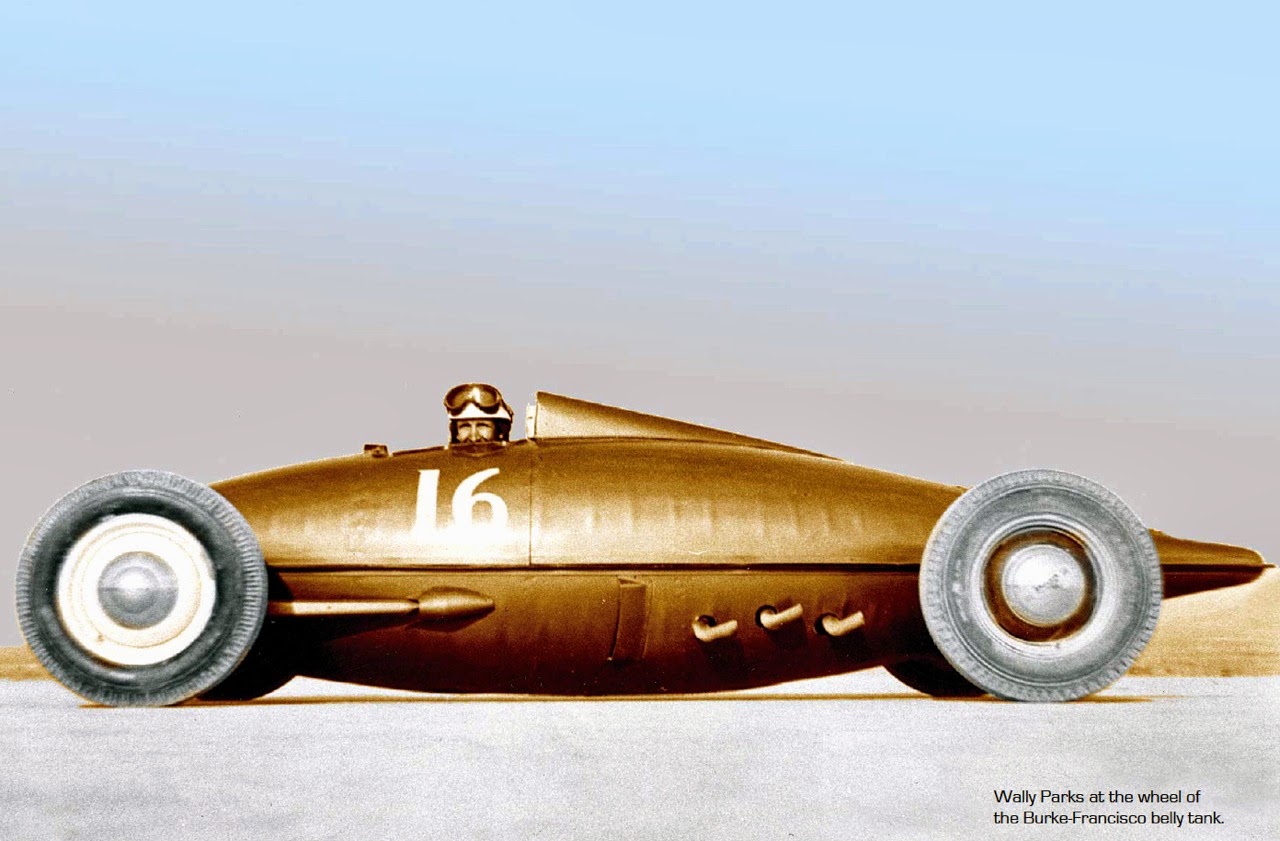 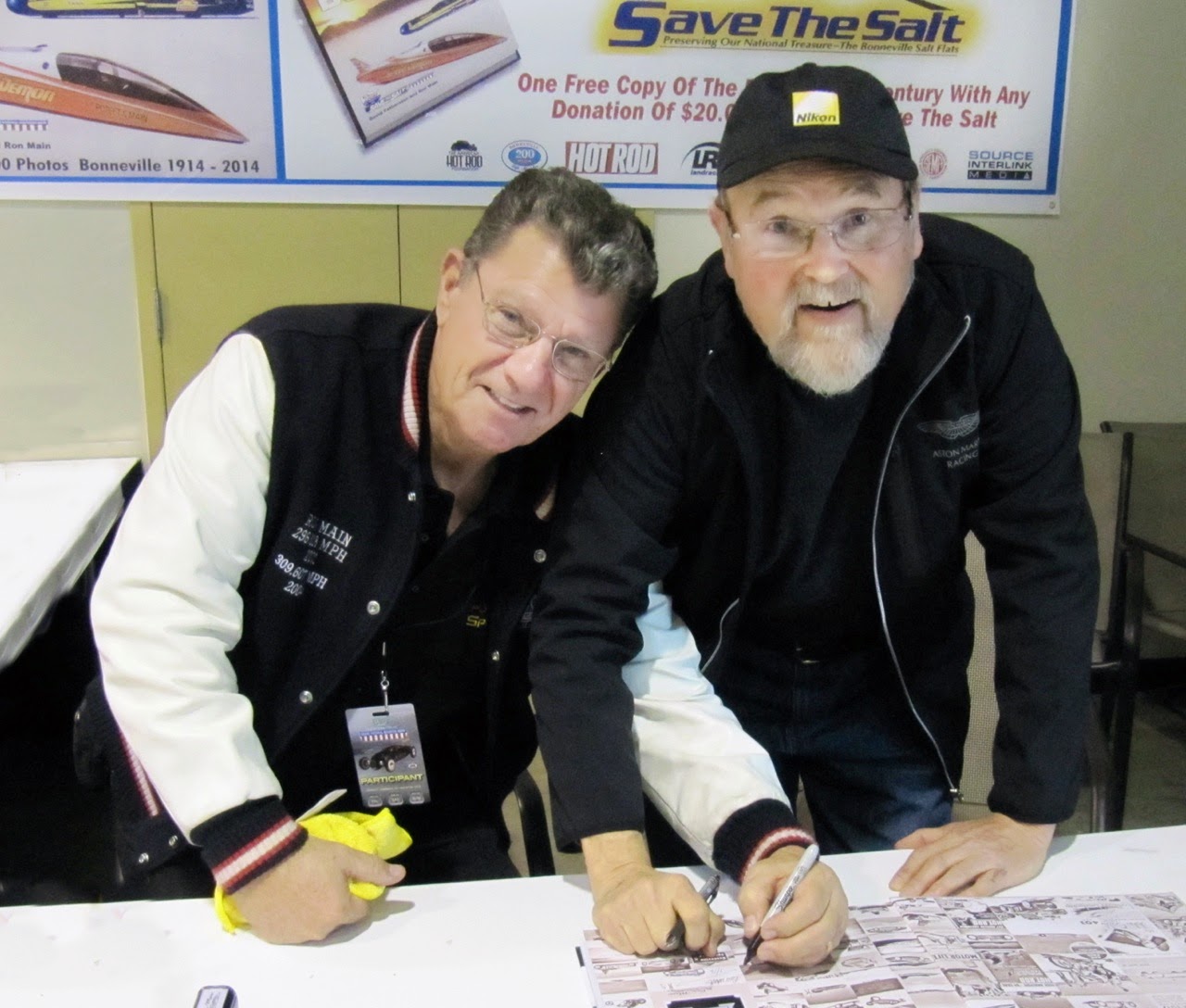 Bonneville, A Century Of Speed, written and produced by David Fetherston and Ron Main (Yes, that Ron Main, whose name is on the incredible Poteet & Main Speed Demon that set the wheel-driven, piston-engine car record at 439.04 mph in 2013) tracks the history, year-by-year, of Land Speed Racing from its earliest days in Europe, and at Bonneville from Day One through the classic 1940s, 1950s and 1960s to the 2013 season. 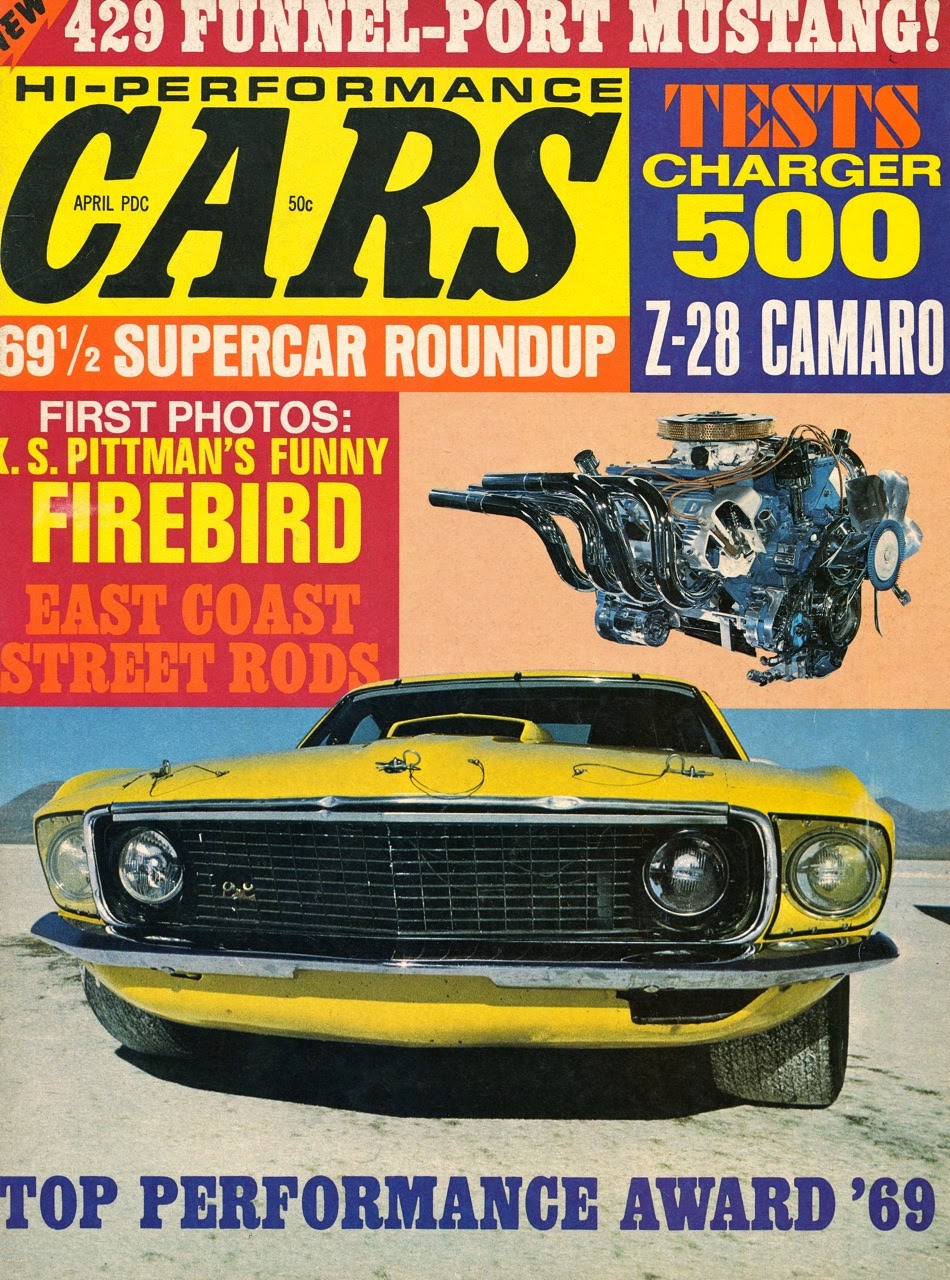 I grew up, like Fetherston, in the 1950s reading about Bonneville in HOT ROD and dreaming of someday visiting the Salt Flats. David has made many trips, while I am still a relative newbie. My first trip was to join Mickey Thompson when he set 295 speed and endurance records in small & big block ’69 Mustangs. I covered the event for Hi-Performance CARS (April 1969), and returned in 1985 for the 37th annual Bonneville Nationals as a PR guy representing Buick Motor Division. Nothing quite equals the experience of being there!

Spanning 100 years, Bonneville, A Century Of Speed showcases 600 photos of roadsters, coupes, production cars, sports cars, lakesters, motorcycles and LSR streamliners, spread out over 302 pages. It was produced to document the history of Land Speed Racing on the Salt Flats as well as to raise awareness of, and money for, Save The Salt, the Salt Reclamation Project. Since 1997, the efforts of this project have pumped more than 10 million tons of salt back on to the Salt Flats to stop and reverse its desecration. 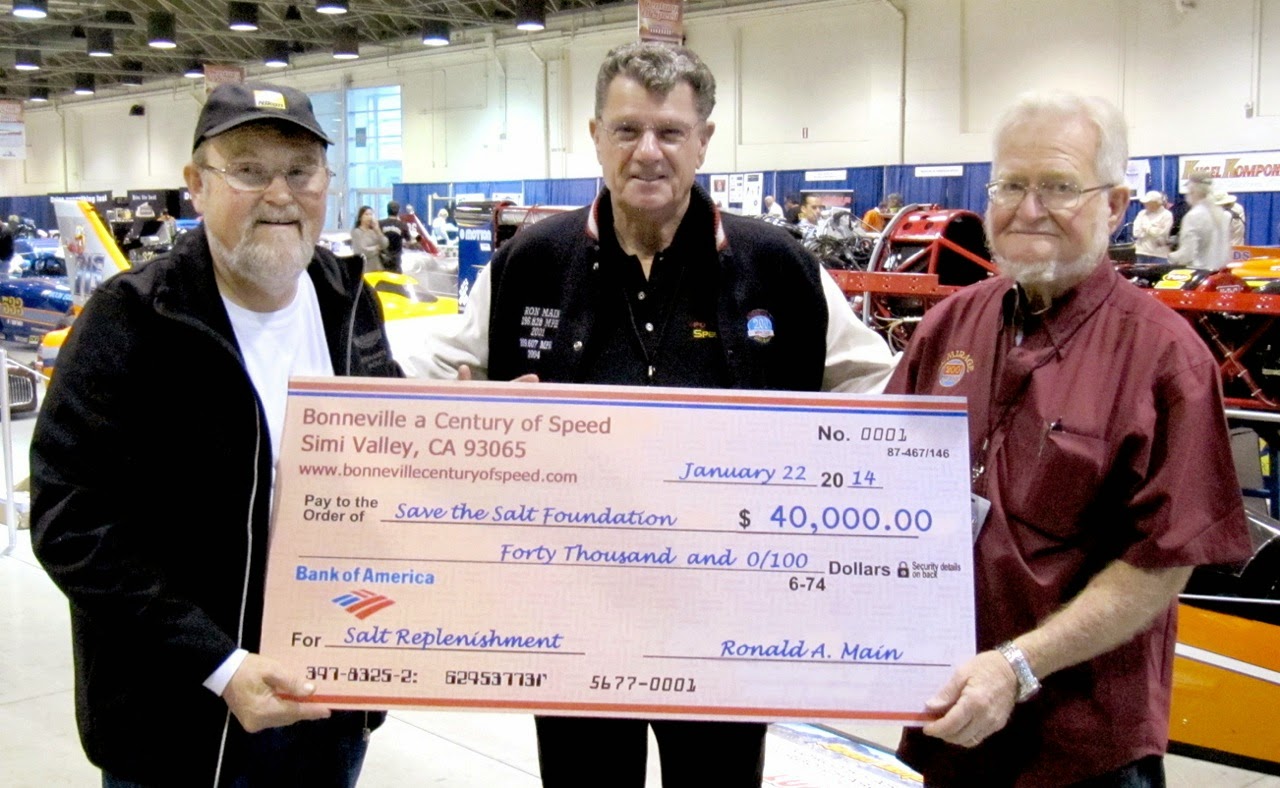 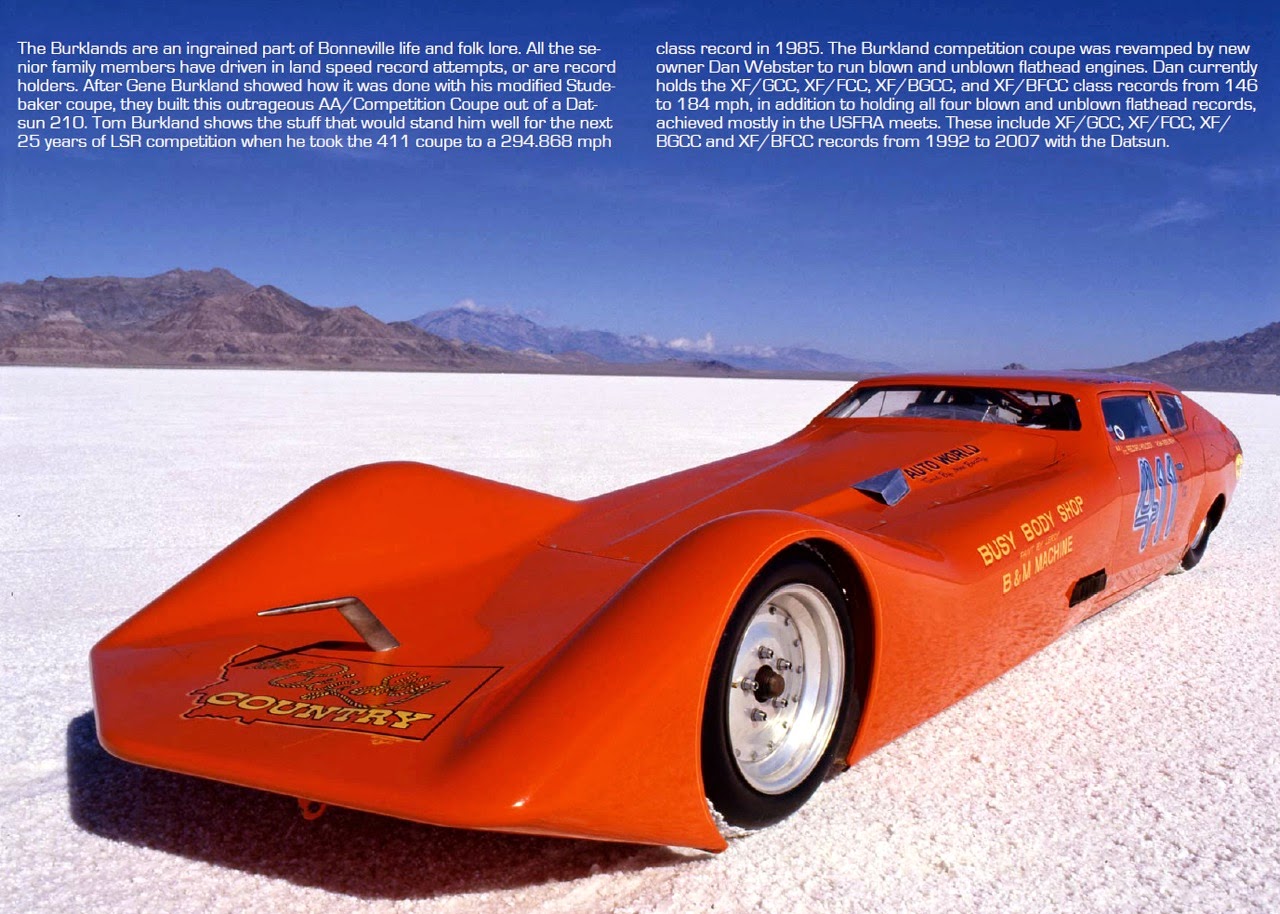