Skip to content
In the summer of 1912, it seemed that anything was possible. Land was cheap and plentiful. Gold was money. The motorcar was the wonder of the world and Alabama could’ve become the epicenter of racing in the U.S., blogs Stephen Cox. 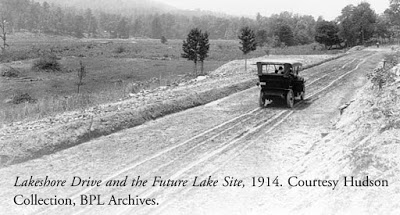 Two investors from Alabama were convinced that an affluent suburb could be built just five miles south of downtown in what is now the village of Homewood. The new development would attract homebuyers and businesses by tapping into the public’s enthusiasm for the latest rage – the motorcar.

Four hundred acres of land were secured. By 1912, more than one hundred of them were under water during the construction of beautiful Edgewood Lake, which would serve as a recreation center for fishing, swimming and boating. Over a mile in length, the lake was narrow and oblong, forming a long and thin oval that lay roughly east to west.

In 1913, a lavish resort was finished on the south shore of the new Edgewood Lake and dubbed the “Birmingham Motor Club.” It featured sufficient parking for hundreds of autos, a dance pavilion and a park-like atmosphere.

The crown jewel of the development was to be one of the greatest speedways anywhere on earth – the Birmingham Motor Speedway. The track would tightly encircle Edgewood Lake with the racing surface just yards from the water itself. The west end of the track would comprise Turns 1 and 2, a continuous 180-degree arc that rounded the lakeshore. The track would widen considerably at the east end (Turns 3 and 4) to accommodate parking, grandstands, a scoring tower and the pit area. 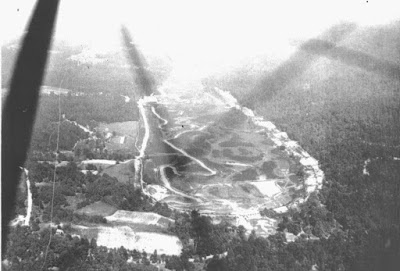 Although the half-million dollar facility was designed as a giant, Indianapolis-style oval, it also had a short infield section of racing surface in Turn 3 and a big chicane on the north straightaway that allowed it to be reconfigured as a road course.

The 40-foot wide track was to be finished with the trademarked “Bitulithic Pavement,” a surface that had already been used for public roads in nearly 100 major U.S. cities.

The bitulithic compound relied on selecting particularly hard stone, crushing it into various sizes, then smoothing it. The final product would then be laid on the graded track with the small stones naturally filling in the gaps between the larger stone particles to create a surface that was 92% rock. It was just porous enough to allow water to pass through, leaving the contact surface clean and dry.

The track would be tightly compressed by the new Macadam and Tandem Steam Road Rollers to create a surface upon which “horses hoofs make but very little noise, vehicular traffic none at all,” according to an advertisement in the January 1905 edition of Good Roads magazine. By early 20th century standards, Bitulithic paving was state of the art technology.

A massive grandstand constructed on the outside of Turns 3 and 4 would hold upward of 50,000 spectators and offer an “unobstructed view along both” straightaways, according to an official announcement in Motor Age magazine.

The straightaways were glorious, stretching more than 1.25 miles each. The completed oval was to be more than three miles long and facilitate the highest racing speeds seen anywhere in the world. Grading work on the racing surface was nearly finished in early 1916, in preparation for the first event to be held that fall.

Despite the overwhelming popularity of the lake and resort area, investment money ran out and the Birmingham Motor Speedway was never finished. The Birmingham Motor Club closed in 1923, ending any remote hope that the track project might one day be revived. The lake eventually dried up, the property changed hands and the entire grand scheme was lost to history.

But if you would like to re-live the glory days of Birmingham Motor Speedway, there is still a way to do it. The grading work for the track was not wasted. Lakeshore Drive was built directly over the grading preparation for the track and follows precisely the same path today, as does Old Green Springs Road and South Lakeshore Drive. 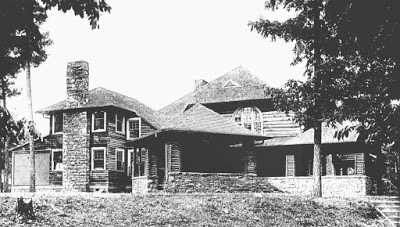 Follow these directions to experience the remnants of the track today: Drive to the south entrance of Samford University five miles south of downtown Birmingham, AL. Find the junction of Sherman Circle (the university’s southern entrance) and Lakeshore Drive, and drive south and westbound on Lakeshore. This places you on the main straightaway of Birmingham Motor Speedway, and Edgewood Lake was once just a few to your left.

Continue for about a mile, go through the intersection of Green Springs Highway, and turn left (south) onto Old Green Springs Road. This was Turns 1 and 2.

Keep driving along Old Green Springs Road until it doubles back and again crosses Green Springs Highway. Continue straight ahead through the intersection and the same road becomes South Lakeshore Drive. This was the south straightaway. The road comes to a dead end about halfway down the straightaway toward Turn 3, allowing you to drive about 70% of the original racetrack.

When you’re done, look at the photos here and raise a glass to the old Birmingham Motor Speedway and the auto enthusiasts who almost dreamed it into existence.