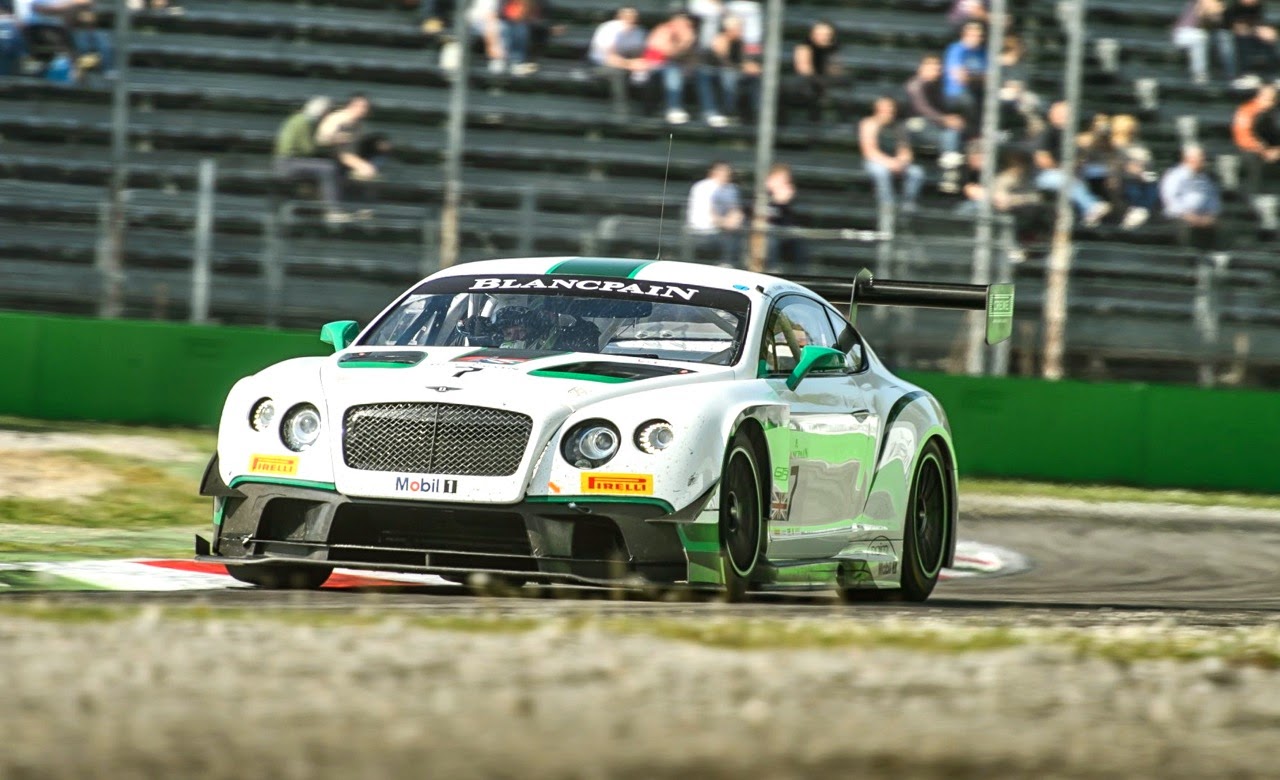 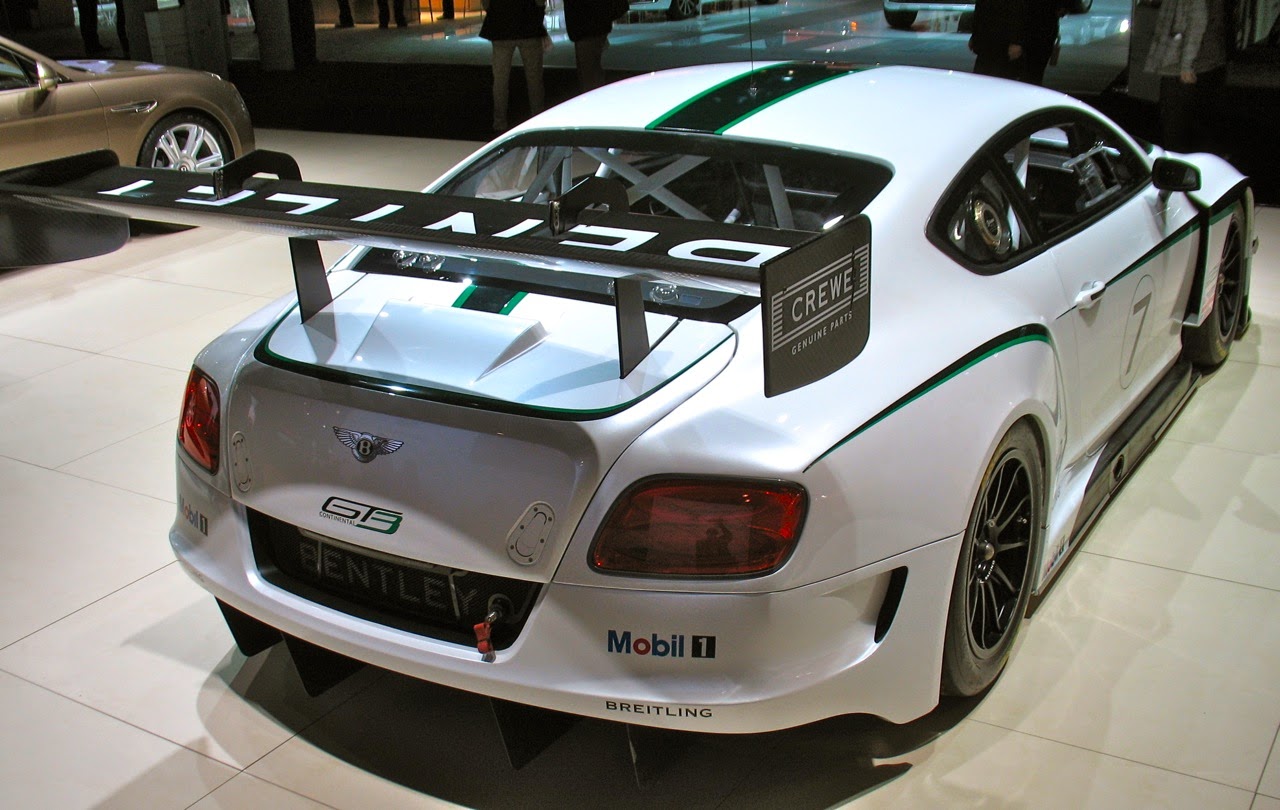 After an impressive performance at the opening round of the Blancpain Endurance Series in Monza, Italy last weekend, the new Bentley Continental GT3, top, is set to reintroduce the celebrated British marque to North American motorsports with Dyson Racing. The premier sports car racing team in the U.S., Dyson will race a pair of Continental GT3s in the second half of the 2014 Pirelli World Challenge in preparation for a full season of competition in 2015.

The new partnership returns Bentley to the racetracks of North America for the first time since 2003. The Continental GT3 will is on display on the Bentley stand, above, at the New York International Auto Show in New York City on April 16 and 17. 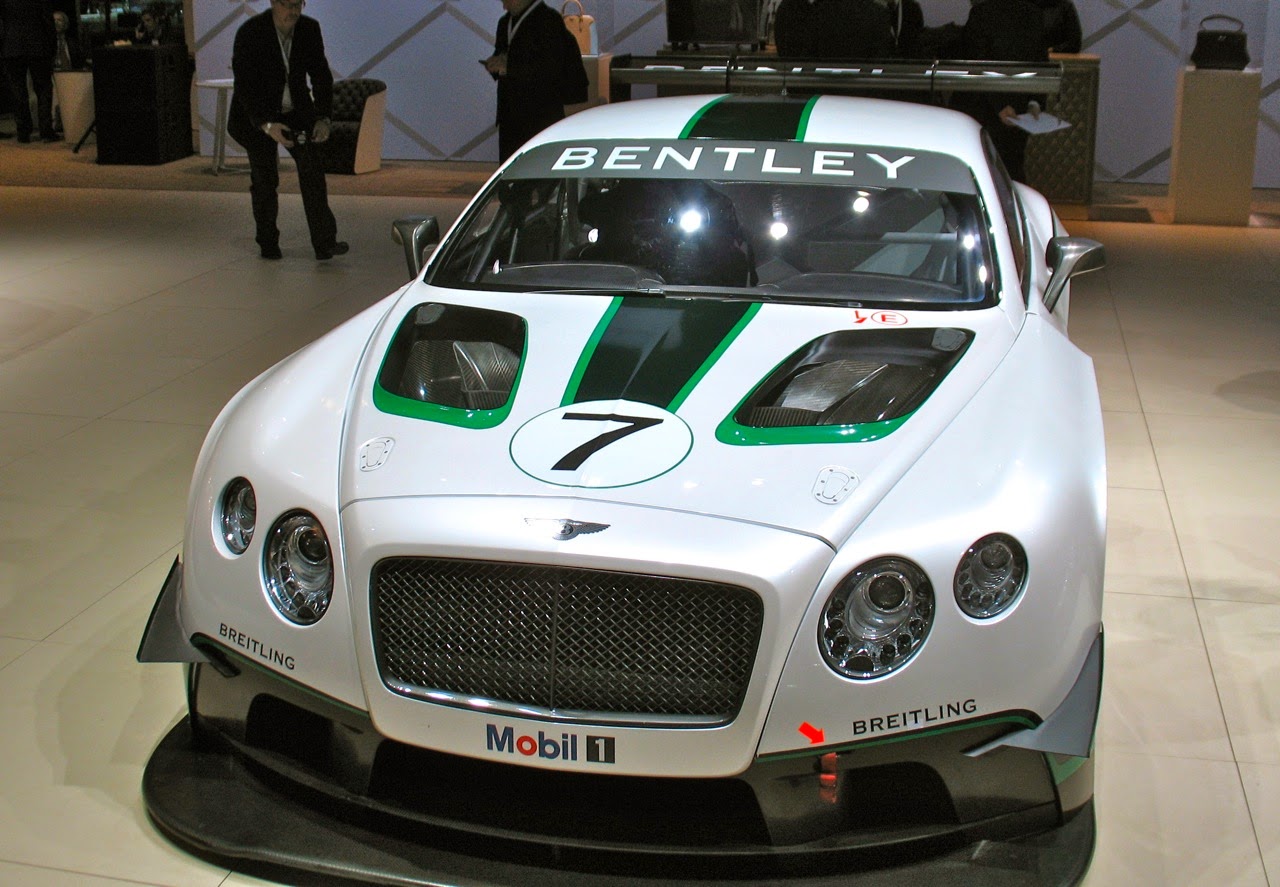 Brian Gush, Bentley’s Director of Motorsport comments from the show today: “Now that our European motorsport program is up and running, securing a return to racing in our biggest market is the natural next step. It’s extremely exciting to be back here with a racecar, and I’m delighted to be working with the Dyson team. Their operation reflects and embodies so many Bentley values, and I’m very confident in their abilities. This venture is the next step in the Continental GT3 plan, which we hope will eventually see our customers racing in Bentleys all around the world.”

Pending testing and development results, Bentley’s U.S. racing program will begin with the entry of a single Continental GT3 in the Road America round of the Pirelli World Challenge at Elkhart Lake in Wisconsin on June 21. A second car will be added later in the season. 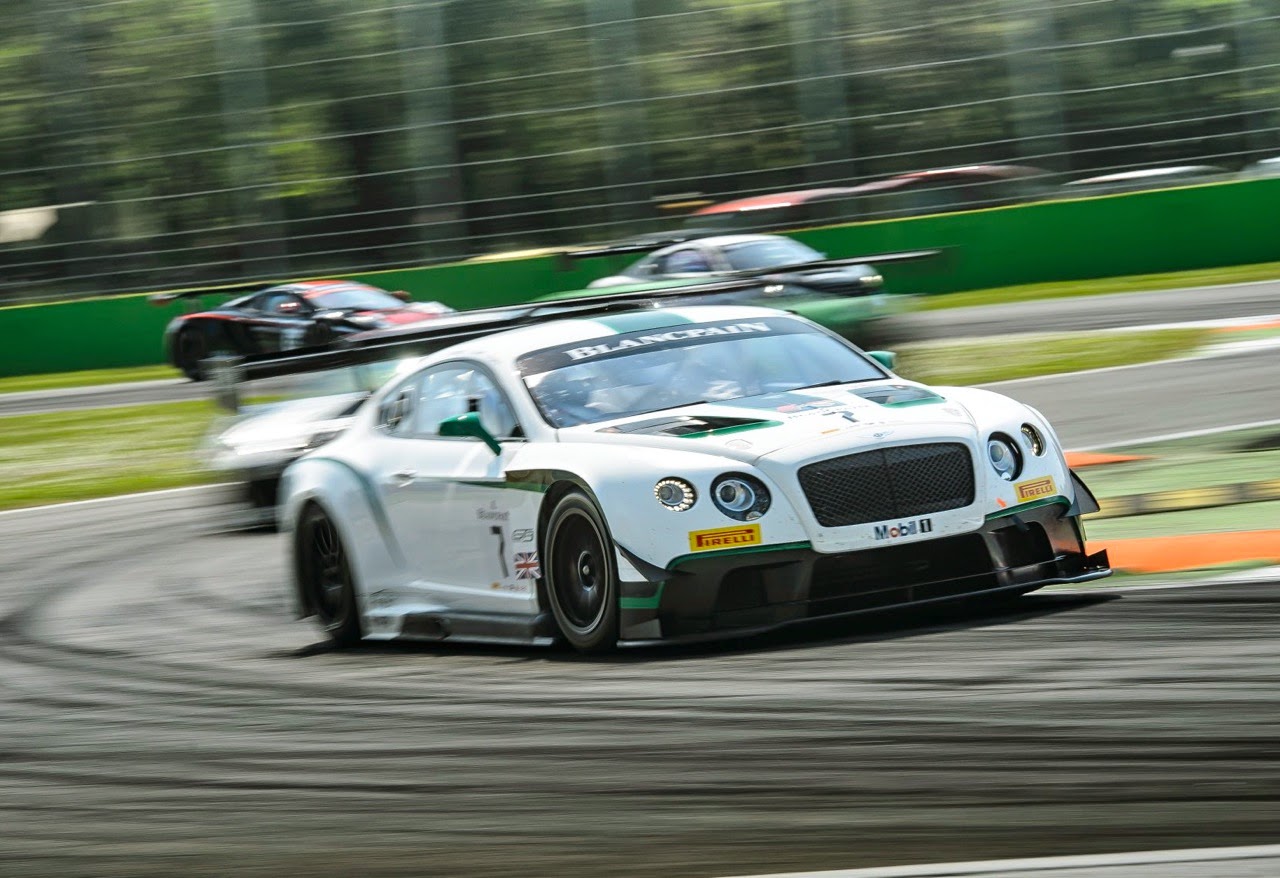 Development work and assignments for the single-driver sprint races will be shared between Chris Dyson and long-time Dyson Racing team members Guy Smith and Butch Leitzinger. The latter are also veteran Bentley Boys, Leitzinger as a driver of the class-winning Bentley EXP-8 at Le Mans in 2001 and 2002, Smith as a driver of the Le Mans overall-winning Bentley Speed 8 in 2003. Smith, who was also a development driver for the current Bentley Continental GT3 program and who is now piloting one in five races of the 2014 European Blancpain Series, will drive with Dyson Racing Team Bentley as his European commitments permit. 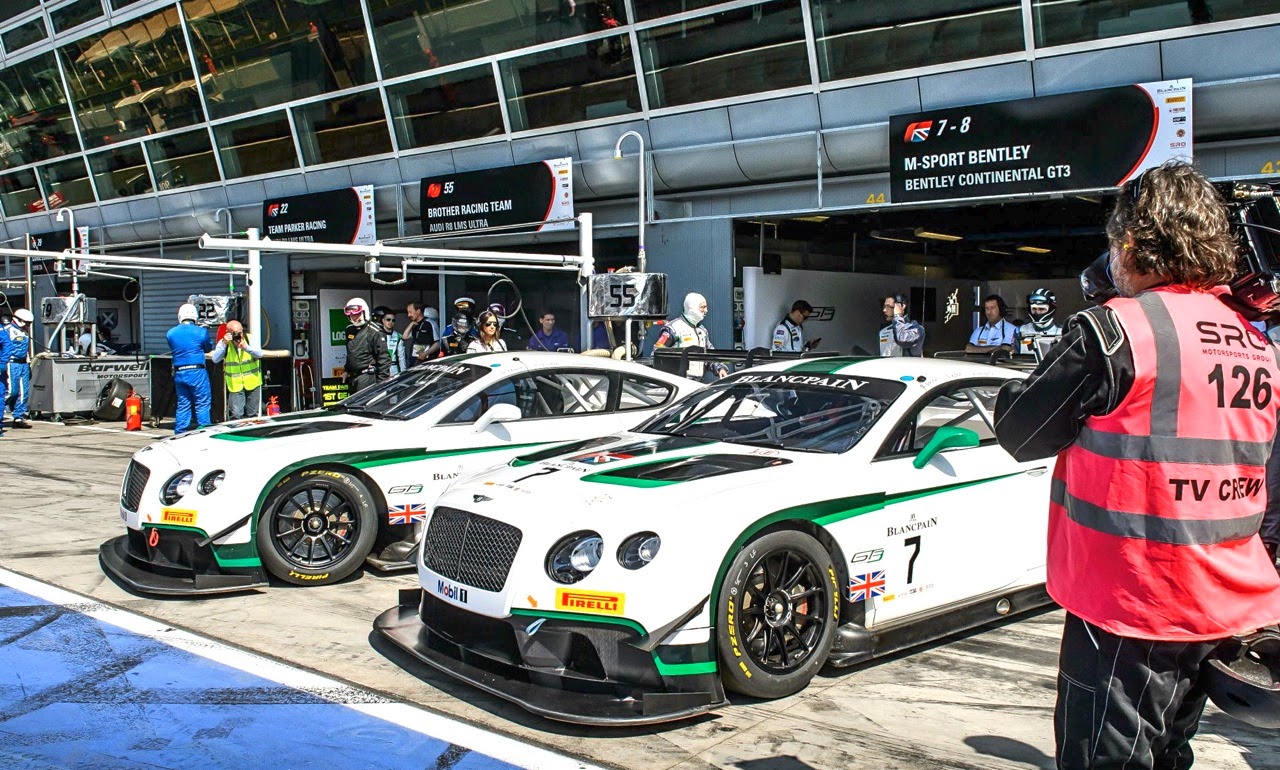 Rob Dyson comments: “Our team is proud to be demonstrating to Americans that Bentley is not only one of the great names in automotive history, but also today the producer of the finest high-performance luxury cars available. As Dyson Racing begins its fourth decade in professional motorsports, it’s an honor for all of us on the team to be racing the Continental GT3 with Bentley
in the Pirelli World Challenge.” 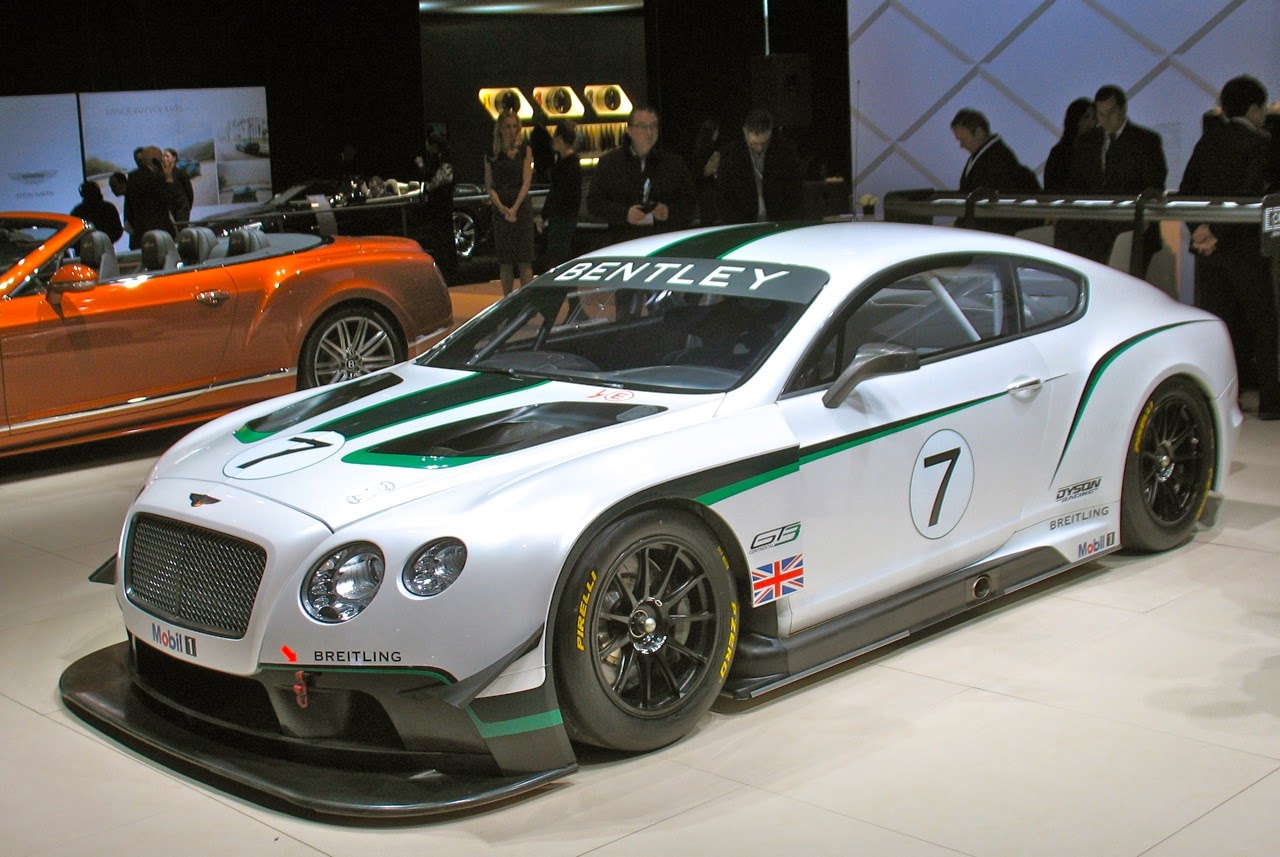