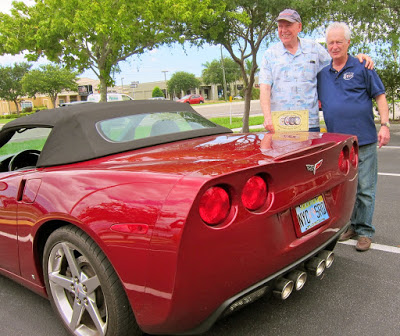 The Automotive History Preservation Society (AHPSOC) has awarded Martyn L. Schorr an Honorary Membership in the Society. “He has spent a lifetime creating written materials that are now an important part of the historical chronicle of the performance car industry and hobby. That includes magazine articles and books in addition to sales and marketing materials, advertising and catalogs for Baldwin-Motion and Motion Performance.”

“This selection is based Marty Schorr’s demonstrated dedication to the Society’s mission and an insightful concern for the preservation of our automotive heritage,” said Bob Gerometta, right, photo above, Operations Director, Automotive History Preservation Society.

Schorr has been the editor of nearly a dozen automotive magazines since 1960, including Hi-Performance CARS, Custom Rodder, Speed and Supercar and was the Founding Editor of High-Performance PONTIAC and the top Corvette enthusiast publication, VETTE. He also published the Quicksilver Communications’ library of brand-specific Marque Series enthusiast books in the early-1980s. 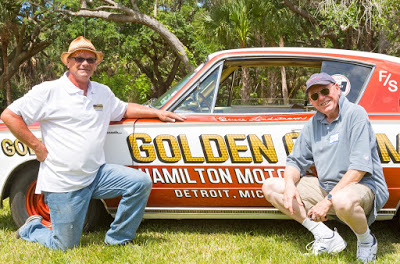 During the 1960s and 1970s, Marty Schorr and Joel Rosen created the Baldwin-Motion brand (Chevy and Corvette big-block Supercars) and collaborated on the Motion Supercar Club and Phase III Publishing (how-to and engine-building books for popular cars). They joined forces with Larry Jaworske and Joel Ehrenpreis in 2005 to re-launch the Baldwin-Motion brand. Marty chronicled the history Baldwin-Motion and Motion Performance in his award-winning 2009 book, Motion Performance: Tales of a Muscle Car Builder.

In the late 1970s, Marty founded PMPR Inc., a public relations consultancy and represented Buick Motor Division on the east coast from 1982 through 1999. The firm is still active today and has handled many other high-profile automotive clients.

“I’ve spent my entire adult life involved in the enthusiast automotive hobby and the automotive industry. Receiving this award from the Automotive History Preservation Society is truly the icing on the cake. They are doing an incredible job preserving our rich automotive heritage for the future,” Marty Schorr.

NOTE: The Automotive History Preservation Society (AHPS), headquartered in Michigan, is an IRS non-profit 501 c(3) public charity that has been in existence since 2010.  The Society maintains a Digital Documents Library. For more information, please visit http://wildaboutcarsonline.com/cgi-bin/globaltemplate.cgi?id=9