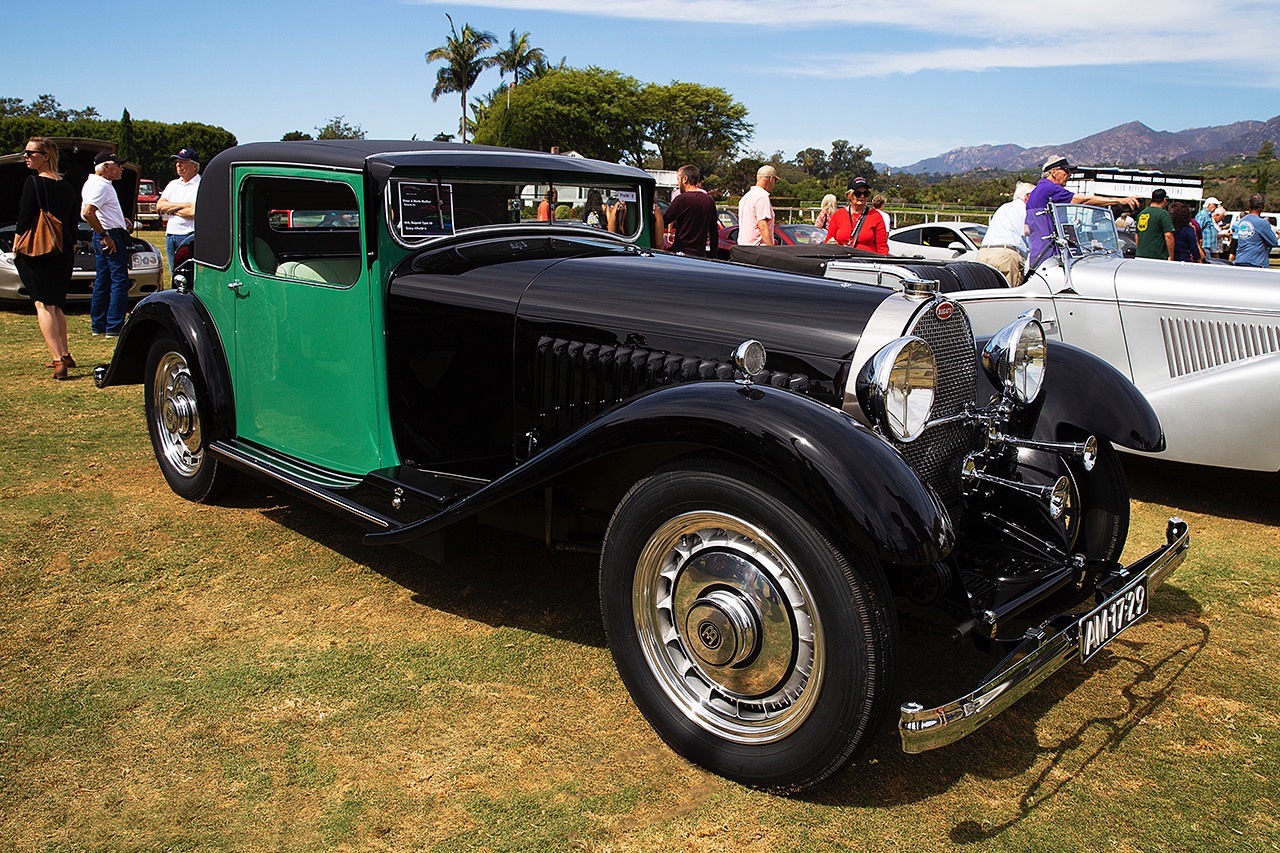 It dawned on me as I hit Field 1 at the Santa Barbara Polo & Racquet Club early Sunday morning, that moving the 8TH ANNUAL: MONTECITO MOTOR CLASSIC! off the asphalt in Montecito and onto the turf in Carpinteria was just a clever way to stomp the divots! No need to ask polo fans to come on the field and soil their Jimmy Choos – we’ll just roll about 300 tons of expensive American, English, French, German, Italian and Swedish metal (and fiberglass) across the pony-distressed grass and everyone can get back to sipping their champagne.

Kudos to the hard-working organizers for kicking the Montecito Motor Classic up another notch for its eighth iteration. The Polo Fields location itself – nestled between the foothills of the Santa Ynez Mountains and the Pacific Ocean – is a panoramic gem. There were food vendors, sponsor displays, a Kid’s Alley, a large tented dining area, polo ponies and players to check out at an adjacent field and, of course, a delectable assembly of over 150 rare, exotic, competition, sports, super, hyper, custom and classic automobiles competing for attention and trophies in twelve show classes.

Peter and Merle Mullin’s supercharged ‘31 Bugatti Type 50 S coupe, top, is an all-numbers-matching, scaled-down version of the massive Type 46 Royale. If this car doesn’t sate your Bugatti appetite then head south from the Polo Fields to the Mullin Automotive Museum in Oxnard, where you’ll find an extraordinary collection of Bugattis and vintage French automobiles. Check it out @ http://www.mullinautomotivemuseum.com/ 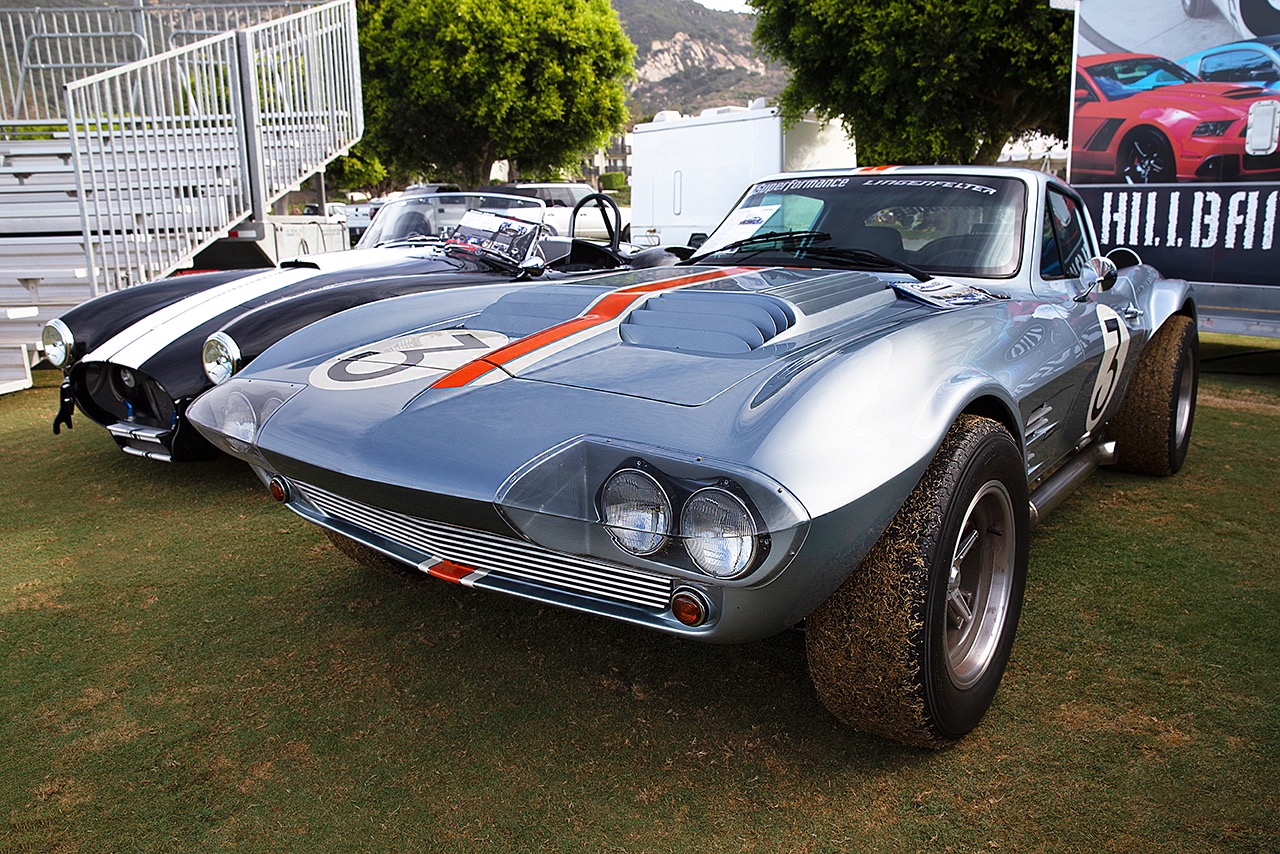 This testosterone-booster ’63 Corvette Grand Sport replica came from Superformance with a sticker price of $115,000. By the time Hillbank Motor Sports tricked her out with a GM Performance LT1 performance package and a myriad of upgrades, you needed $170,000 to take possession of her at the MMC – where she was displayed for sale with other Hillbank-prepared high-performance replicas. Check them out @ https://www.hillbankusa.com/ 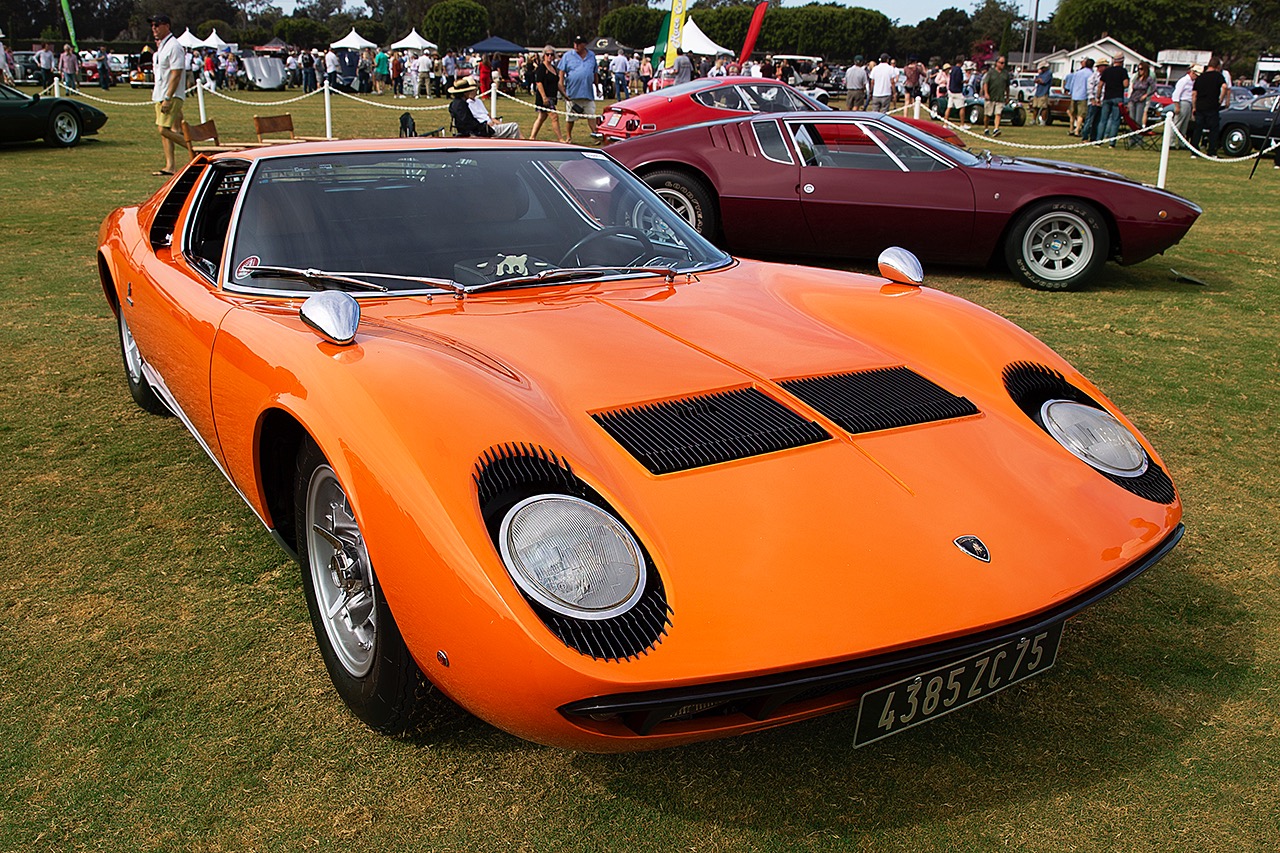 Jeff Meiers’ bright ‘69 Lamborghini Miura won the MMC Best of Show award. Demand for Miuras is red-hot these days, but it wasn’t that long ago that sales languished, as they were better-known as “The car most likely to set itself on fire.” Seems percolating low-octane fuel, incorrect spark plugs, no air cleaners and sloppy fuel line management were some of the fickle factors that could light these Lambos up! 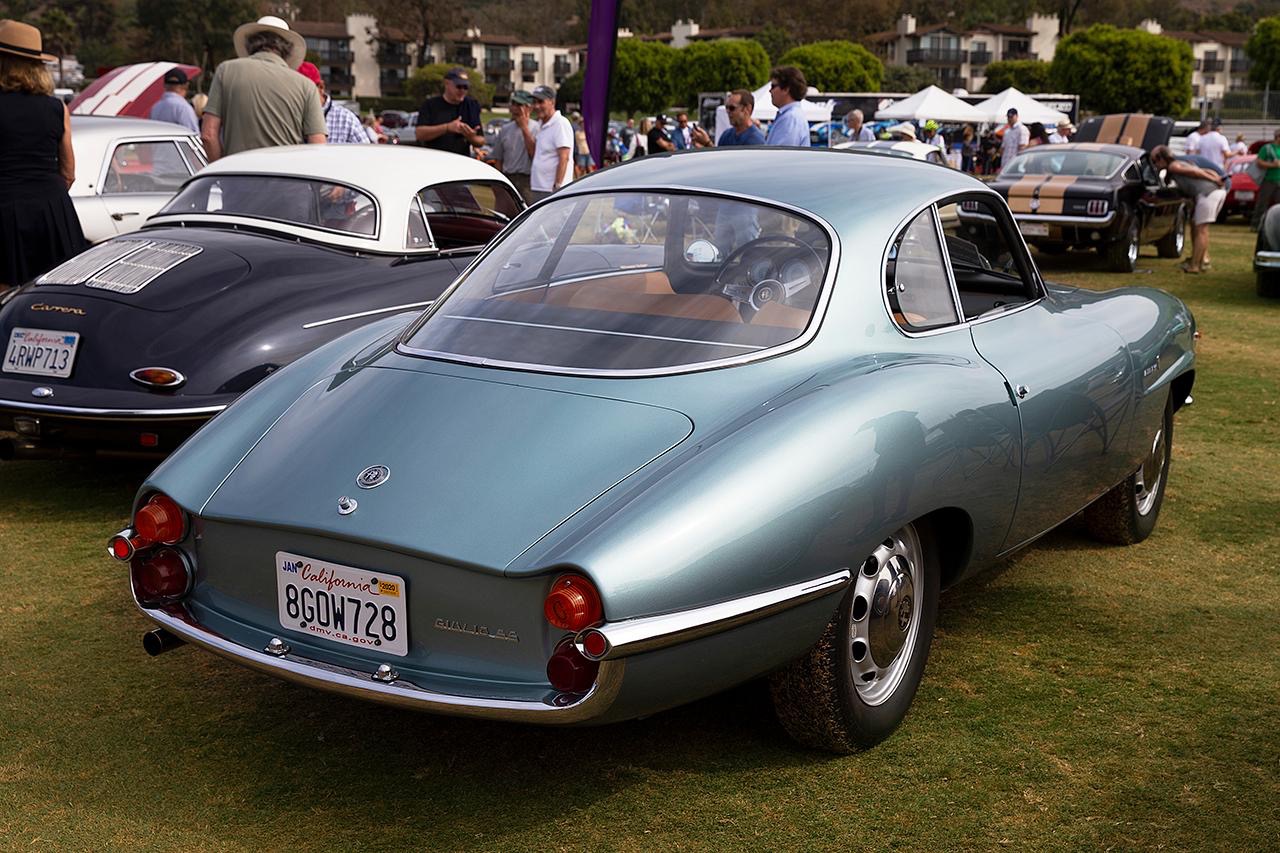 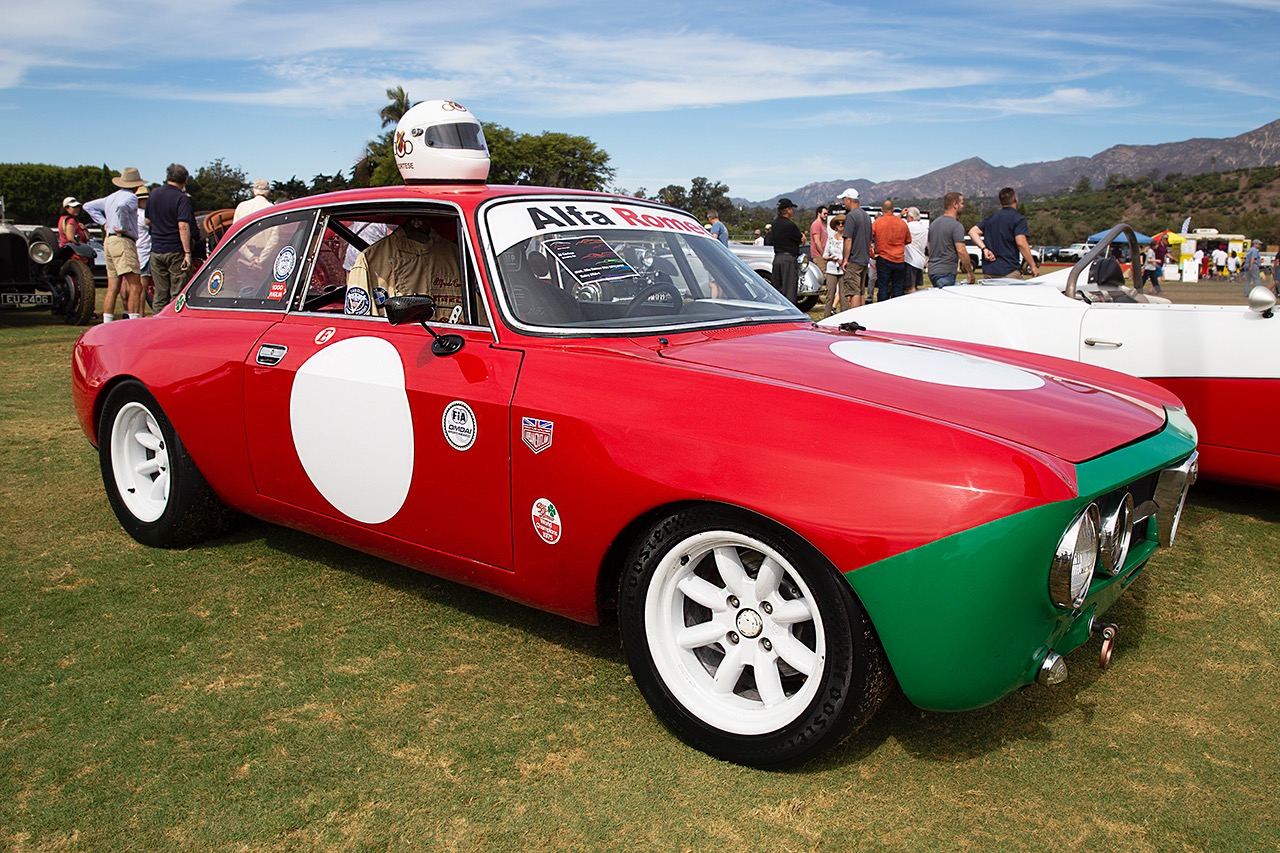 Thanks to Al Cortese, another impressive Alfa graced the MMC Polo Field. His ’69 Alfa Romeo 1750 GTV/2000 is a 2000 GT AM tribute racecar. It gets its go from a race-prepped 2- Liter, Twin Cam, Twin Spark, dual Weber 45 DCOE carburetor 4-cylinder engine. Its bold red, green and white livery helped to make it a show standout. 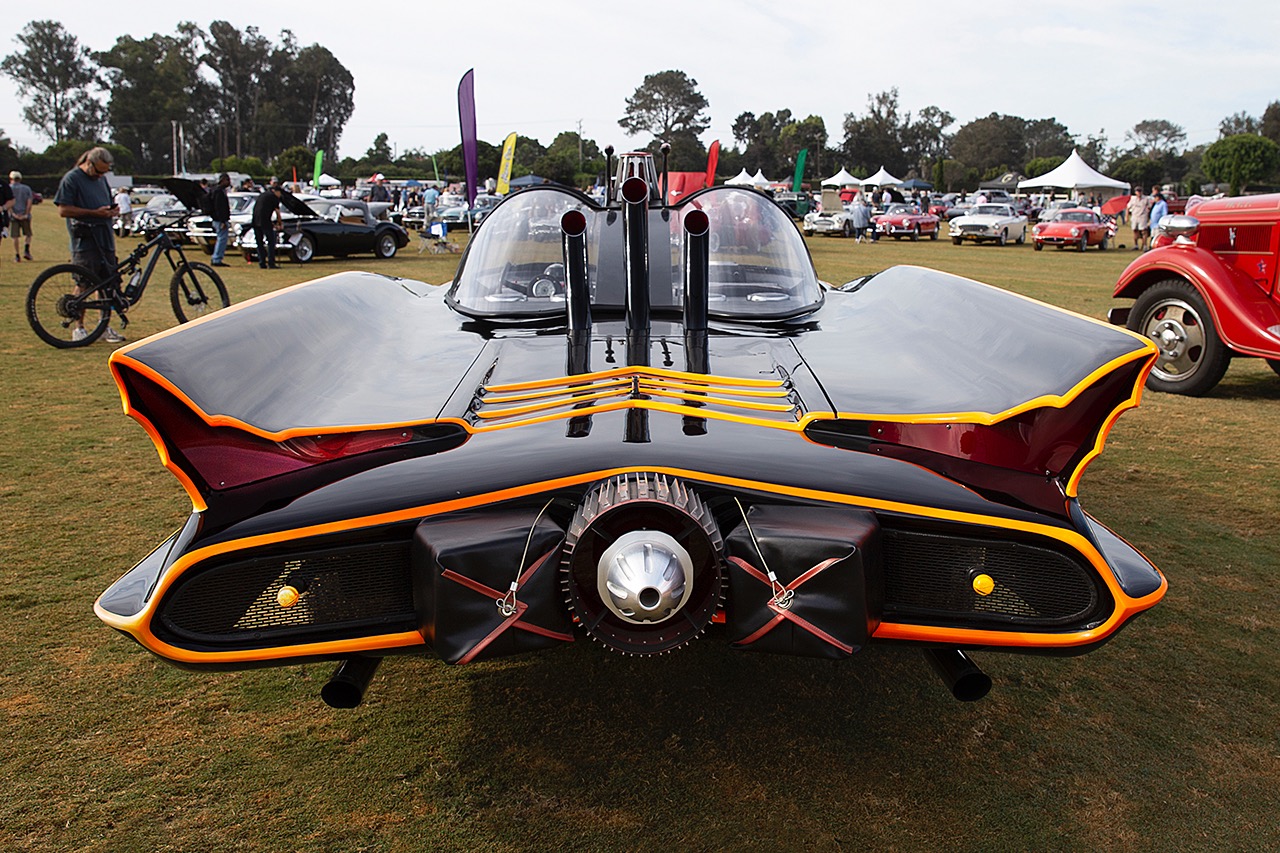 The original Batmobile was built for TV by George Barris – with input from Eddie Graves of 20th Century Fox – using a ‘55 Lincoln Futura concept car as its building block. This winged-wonder is the fiberglass bodied, sanctioned copy that has been on display at Barris Kustoms for the last 20 years. The TV show first aired in 1966 with Adam West and Burt Ward playing Batman & Robin. Rear view shows two Deist parachute packs and the exhaust turbine that was fabricated from a five-gallon paint can. 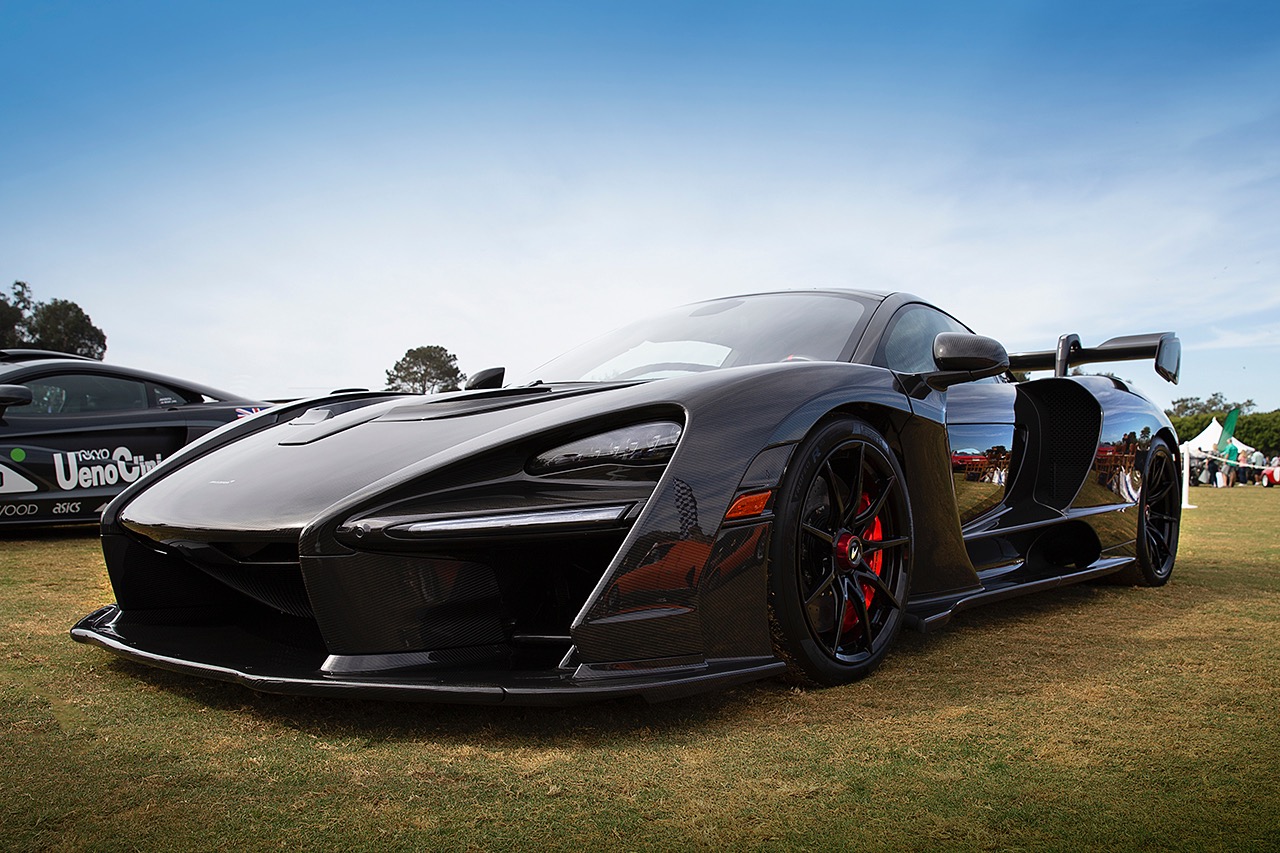 When set in motion, the ‘19 McLaren Senna can be a blur – reaching speeds in excess of 210 mph. Just 500 were produced. Early promotions warned that the Senna will assault all your senses. It’s not a car for your daily commute; definitely a car for your mid-life crisis! This Hypercar is named after F1 legend Ayrton Senna. 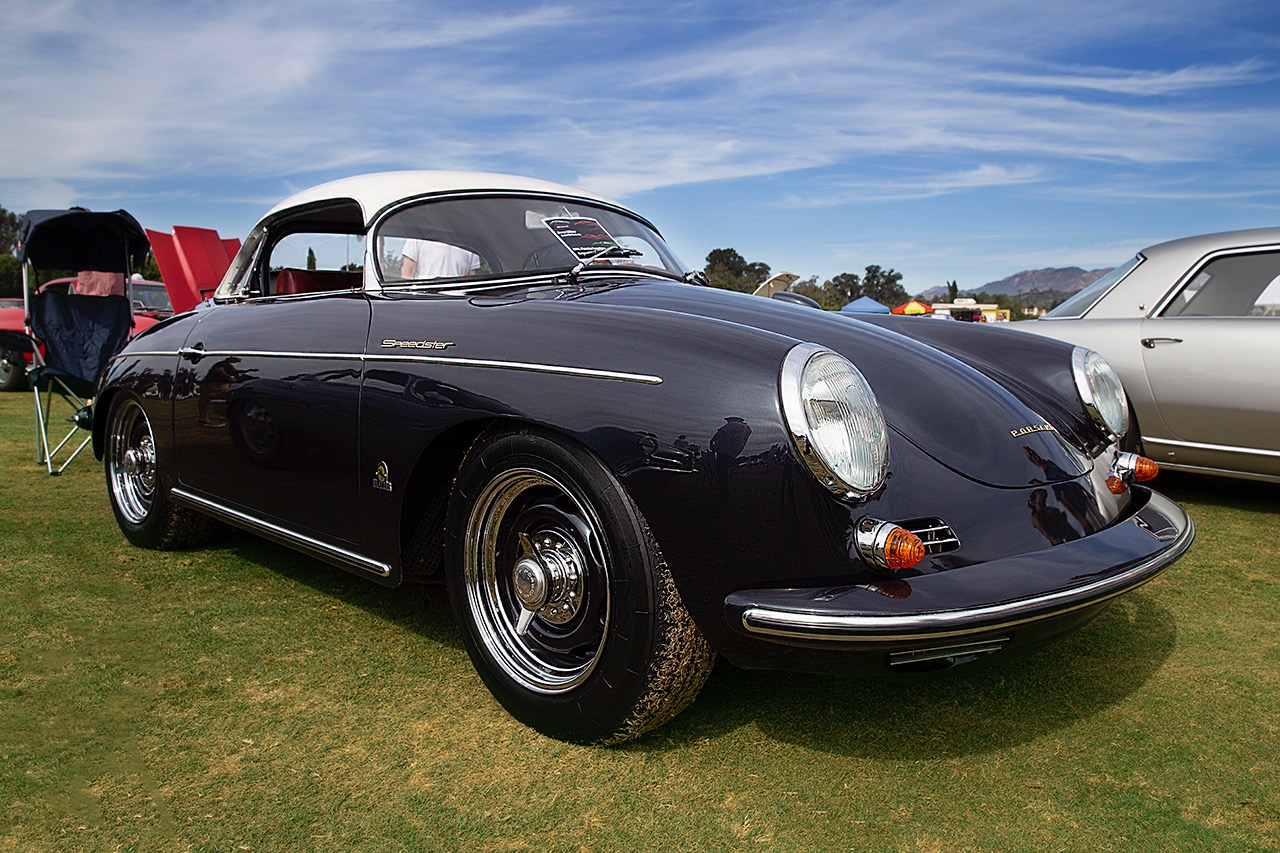 This Reutter-badged ’58 Porsche Speedster is owned by Bruce Milner and features a number of modifications – including custom wheels, lightwight racing seats and a removable hardtop. A period-correct 1600 Super flat-four engine has replaced a rare four-cam that Milner is baby-sitting in his living room! Porsche produced 3,676 examples of the rakish Speedster from its launch in 1955 to the end of production in late 1958. 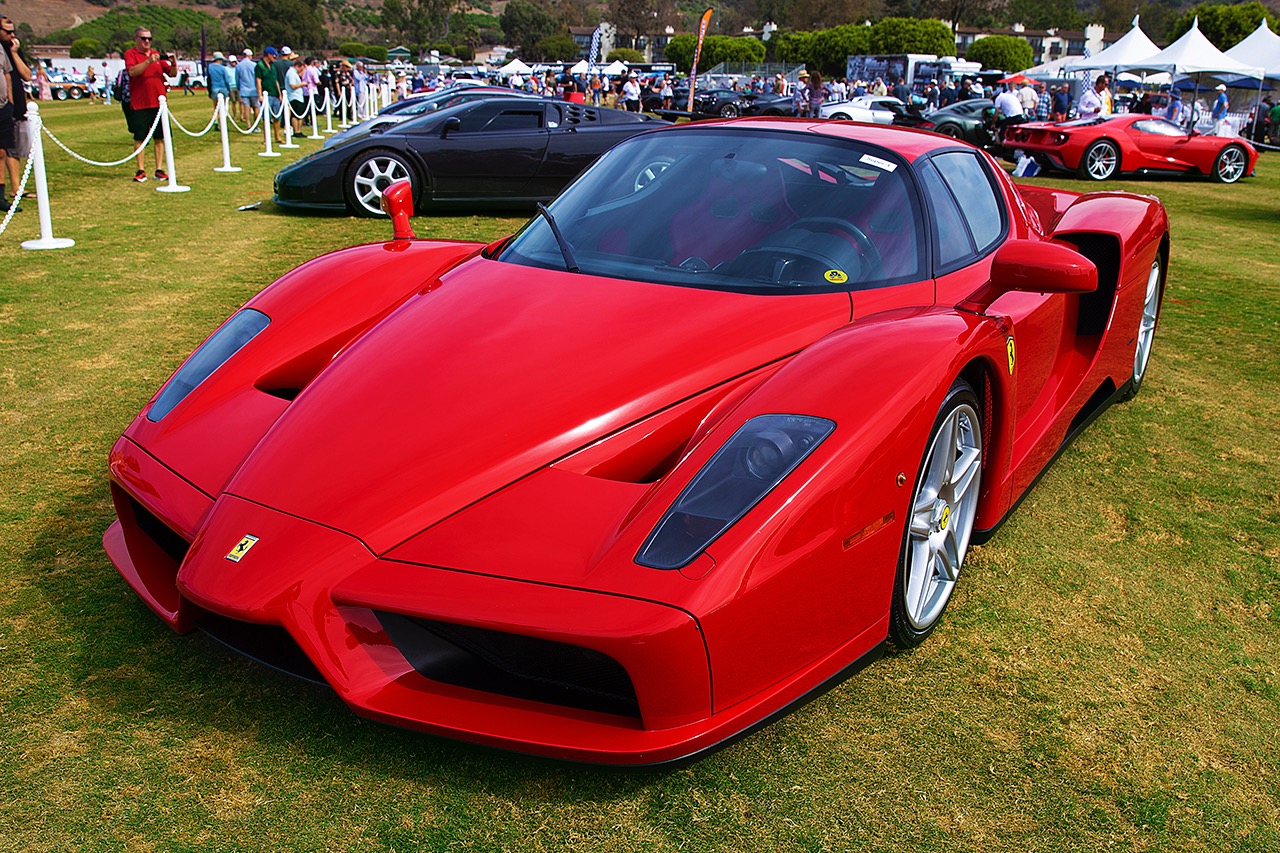 They only made 400. After its introduction in 2002 it was lauded as one of the top ten Ferraris of all time. Alternatively, it was also criticized as a superfluous design with angles and shapes that were too flashy and a windshield that was uncomfortably bulbous. Today, expect to pay between $2-3M for an ‘04 Pininfarina-designed 12-cylinder, 220-mph Ferrari Enzo. 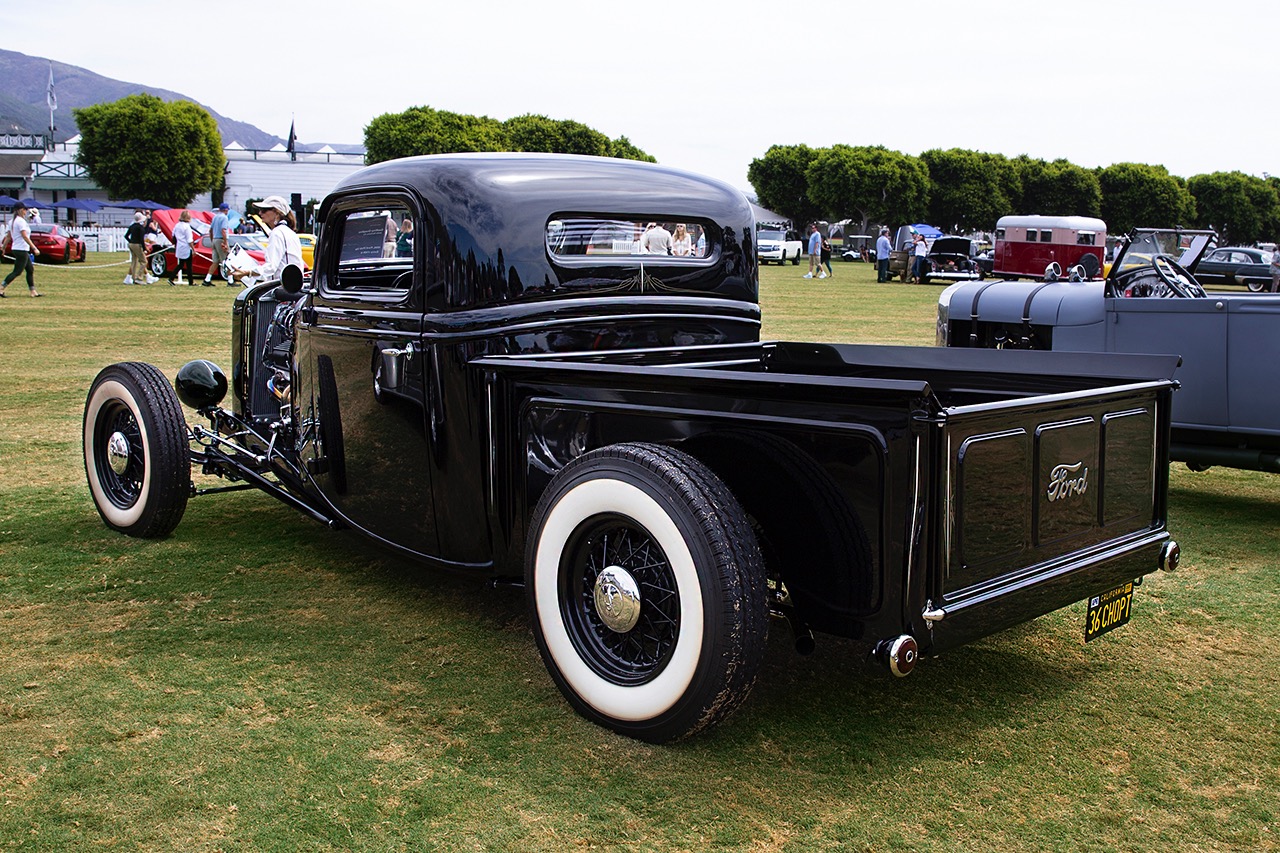 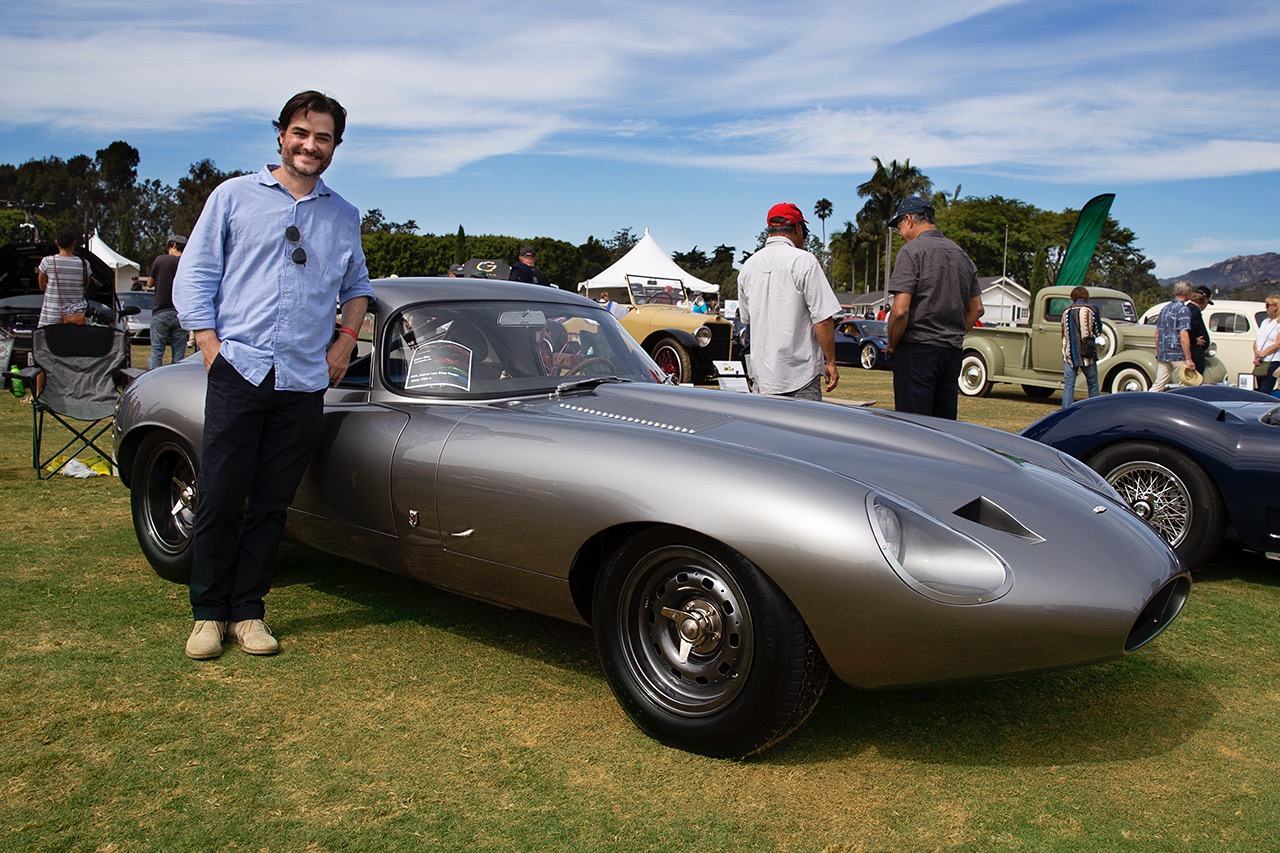 This bad boy Jaguar’64 E-Type and second-place Race Class winner at the Montecito Motor Classic is the brainchild of Marco Diaz. He enlisted the team at Fast Cars Ltd and UK coachbuilders RS Panels to help him bring his Low Drag Coupe to life. Mean and racy on the outside, sophisticated and ergonomic on the inside, the Diez Project OWL226 Coupe is an homage to the classic Jaguar racer 49FXN and a previous CGC feature story original. 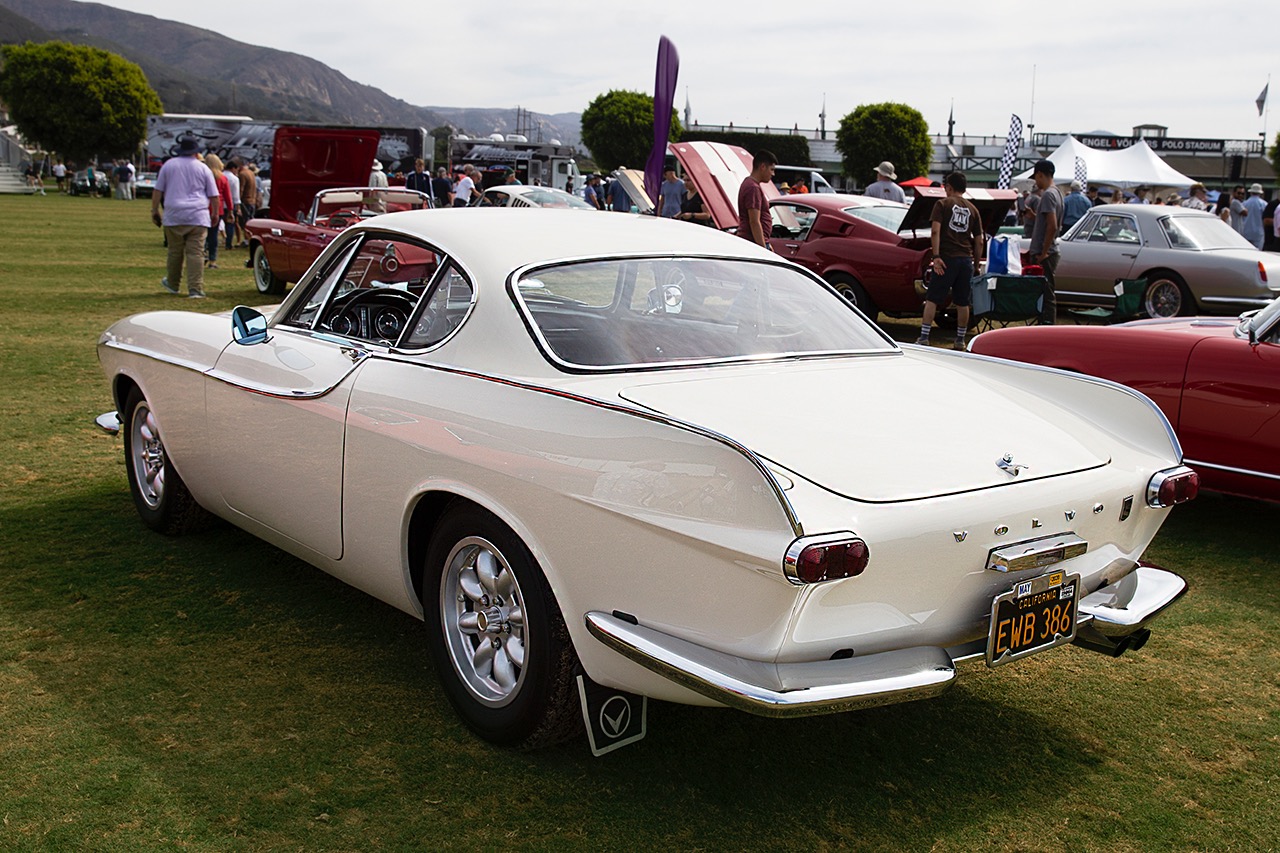 Volvo broke free from their stodgy car reputation when they introduced their fiberglass P1900 sports car. It took three years however for them to address poor driving characteristics and production problems. In 1963 they moved production from England to Sweden and rebadged the newer P1800 as the 1800S. Improvements continued to be made through 1973, the last year of production for 1800s. I’ve always loved this car’s Italian design influence – and Angel Martinez’s ’64 1800S is a high-quality, pristine example. 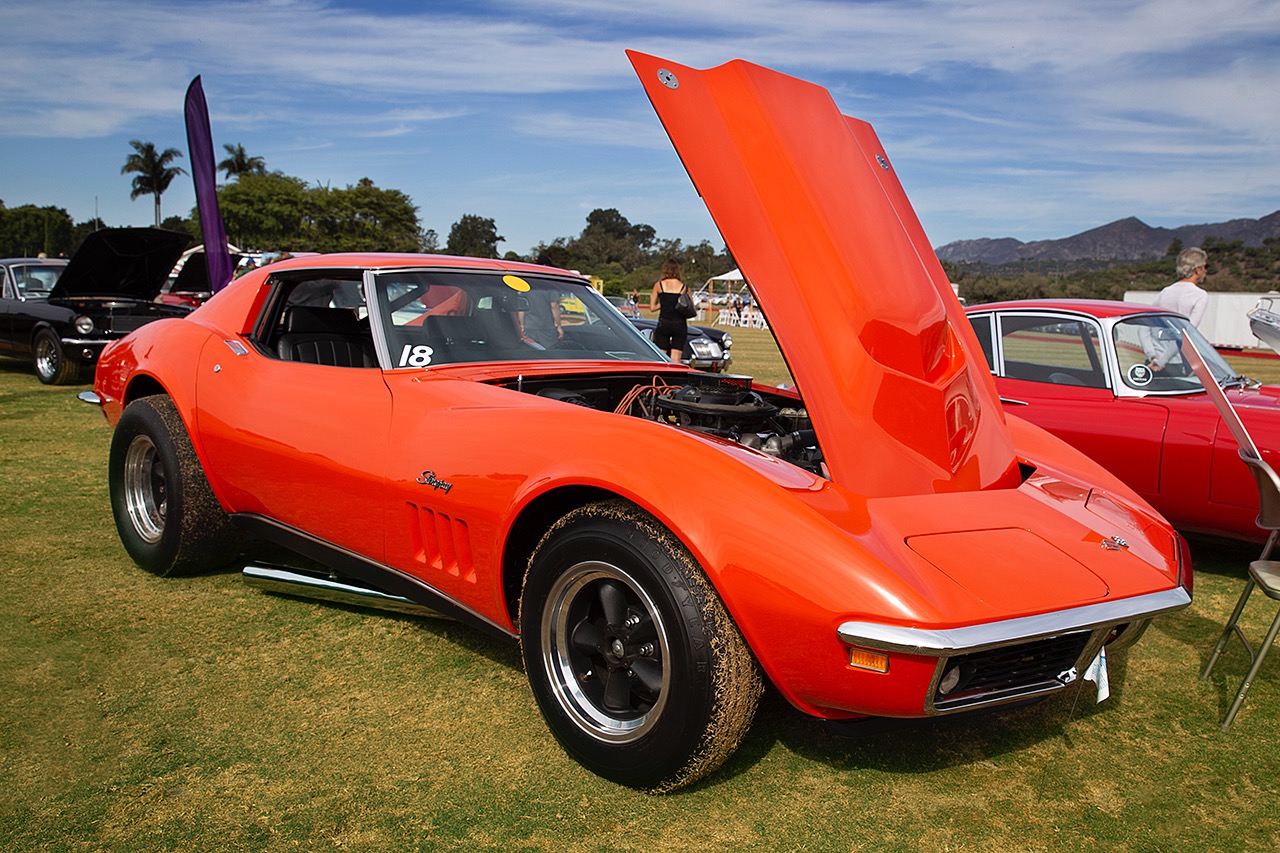 Back in 1969 a team of Chevrolet engineers, techs and mechanics modified a ’68 Corvette with performance “bits and pieces” to build a drag car to show-off to a group of automotive journalists at the Milford Proving Grounds in 1969. The big-block aluminum-engined car was very loud and very fast and ultimately disappeared, as many of these project cars do. In 2014, car collector Dave Miller – along with some of the original project car team – built a faithful replica of the ’69 Stingray that they called the “Saturday Night Special” and the press called the “Long Lead Corvette.” The exciting news: Here she is today, in race-ready form, on the MMC Polo Field. For the full story on this iconic Corvette, check out https://www.motortrend.com/news/1969-chevrolet-corvette-lt-2-review/ 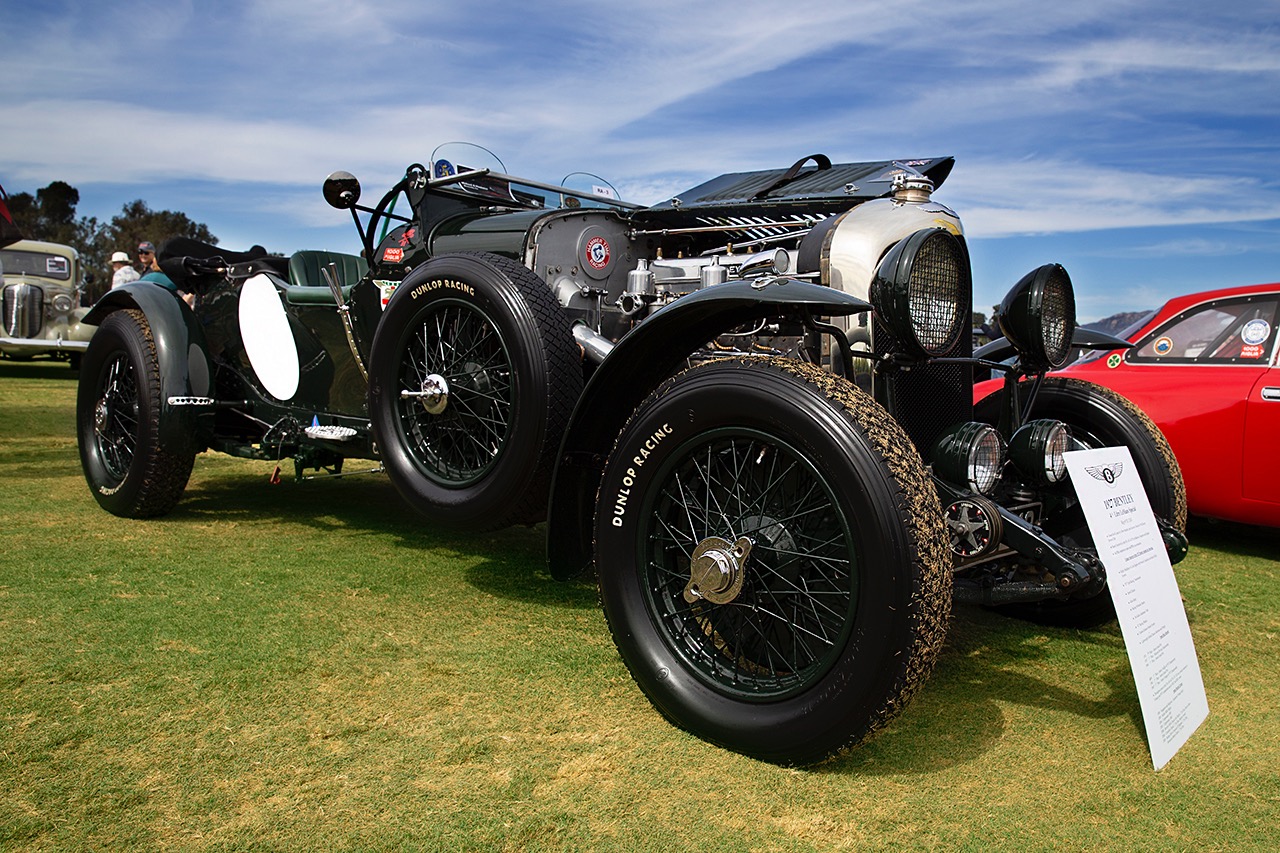 We’re usually reporting on a car’s uniqueness and provenance – and background on this well-documented ‘27 Bentley 4½ Litre “Gibbs Pancheri Special” could fill this entire report. After all, it’s known as the “World’s Fastest Unblown 4½ Litre Bentley.” But we have to also mention that entrepreneur, investor, philanthropist and passionate Car Guy Michael Armand Hammer owns it. He’s the son of Julian Armand Hammer and the grandson of industrialist Armand Hammer. He’s also the dad of actor Armie Hammer and one of the driving forces behind and, principal sponsor of, the Montecito Motor Classic. 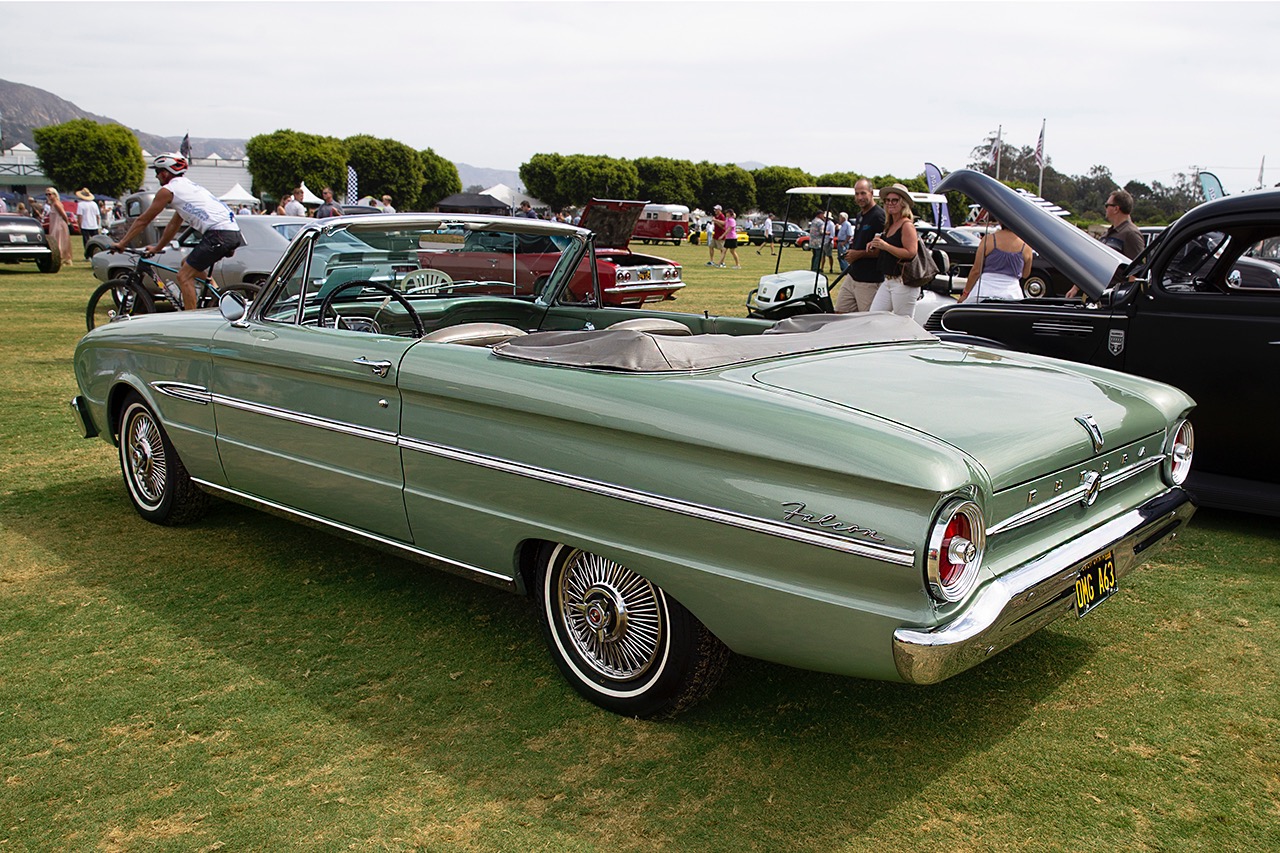 When I spoke to Rhonda Veloni, I learned that she and her husband have owned quite a few classic and collectible vehicles over the years, but there is only one that she would never sell – this showroom-quality ’63 Falcon Futura. “This is my very first car and I love it just as much today as I did when I first drove it.” There’s no doubting her passion for this first generation, sporty Ford compact; the loving care it’s received is evident inside and out, in every detail. 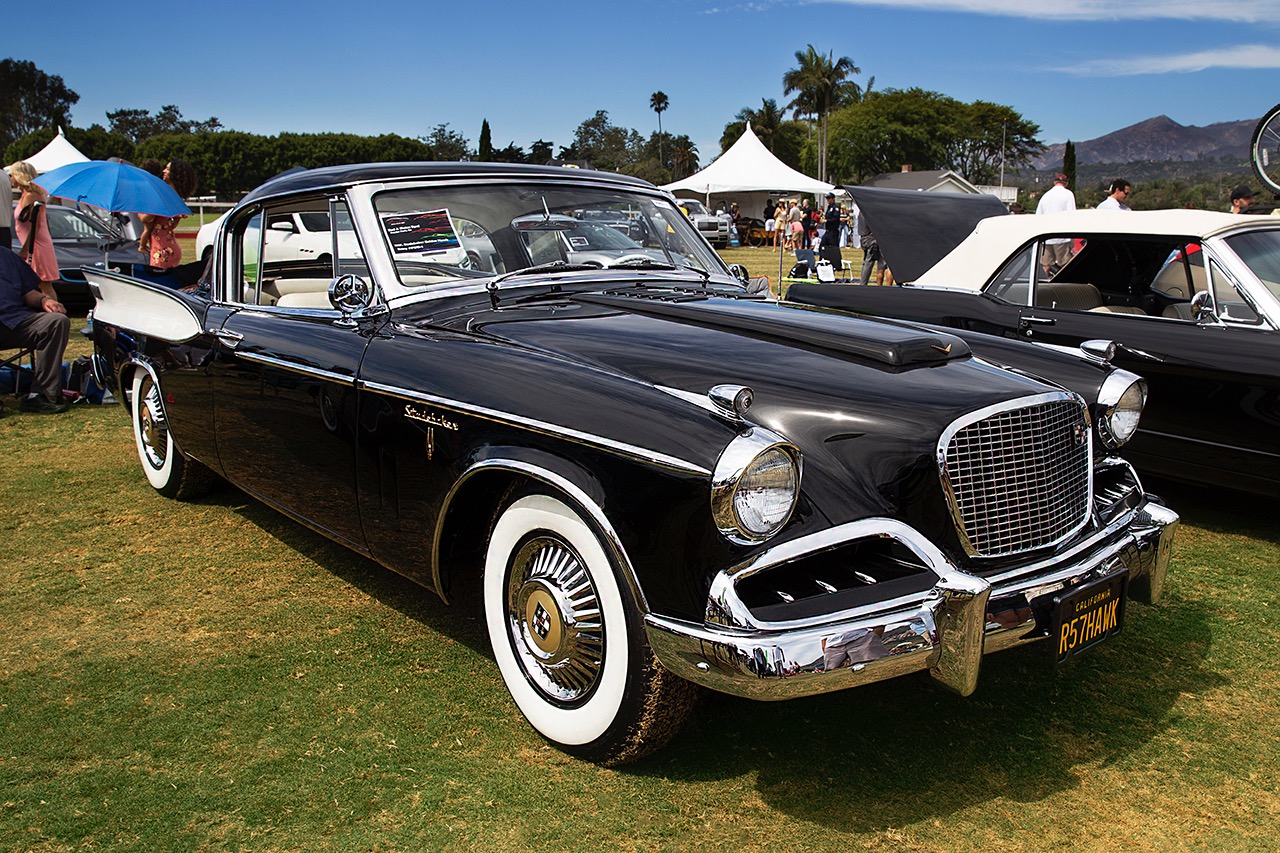 As I listened to Rod Byrd recall the restoration process for he and his wife Elaine’s highly optioned ’57 Studebaker Golden Hawk, he quietly paused for a moment of reflection. I could tell the Hawk had taken a bit more than he had planned for – more time, energy and resources. Then a smile came to his face and I knew that the Hawk was indeed Golden, that it had given back to him more than it had taken. It’s almost always that personal and that special for real Car Guys. 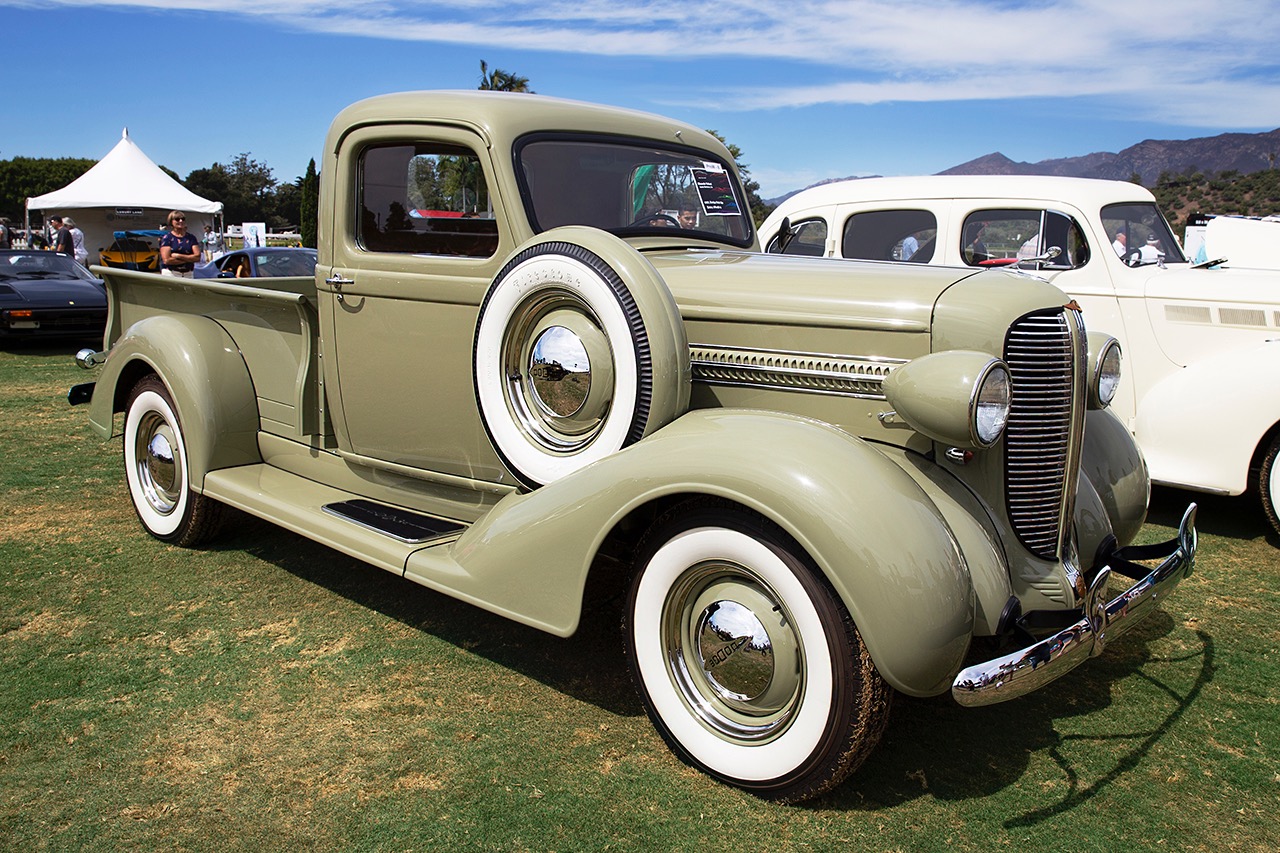 This is another Rhonda Veloni show entry, but unlike her fabulous Falcon, this Heather Green ’37 Dodge pickup had a For Sale sign modestly displayed on a side window. In that its presentation was A+ and that this truck won the MMC’s Sam Foose Award (yep, Chip’s dad), I’m guessing that this hard-to-find, ½ ton American classic will soon find an enthusiastic new owner. 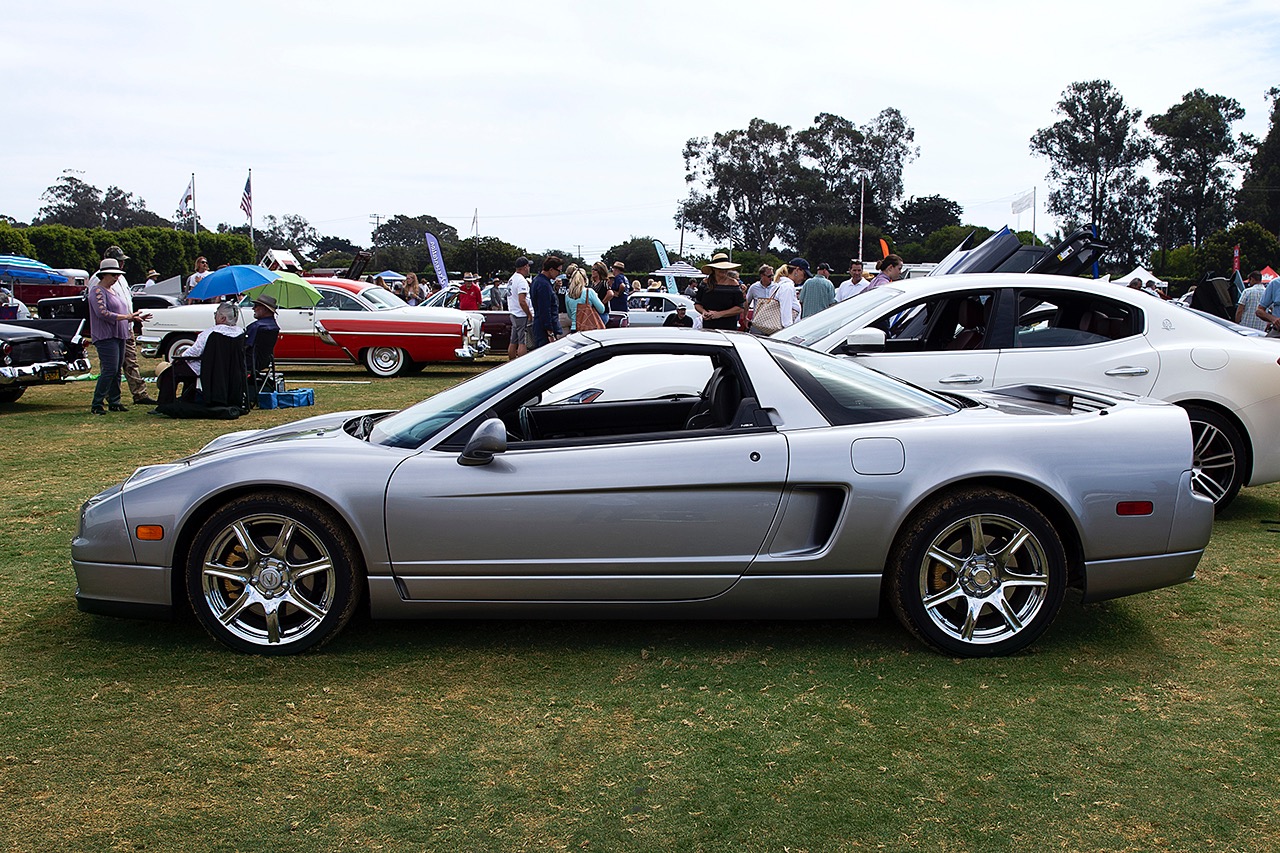 There was plenty of excitement in the automotive press when the Acura NSX was introduced in 1990. Motor Trend declared this mid-engine exotic from Japan, “the best sports car ever built.” This pristine example in Silverstone Metallic is a 2005 NSX-T Targa, which also signifies the last year of production for Gen 1 NSX. Fans of this comfortable, enjoyable and dependable Supercar had to wait until 2016 for Gen II to become a reality. 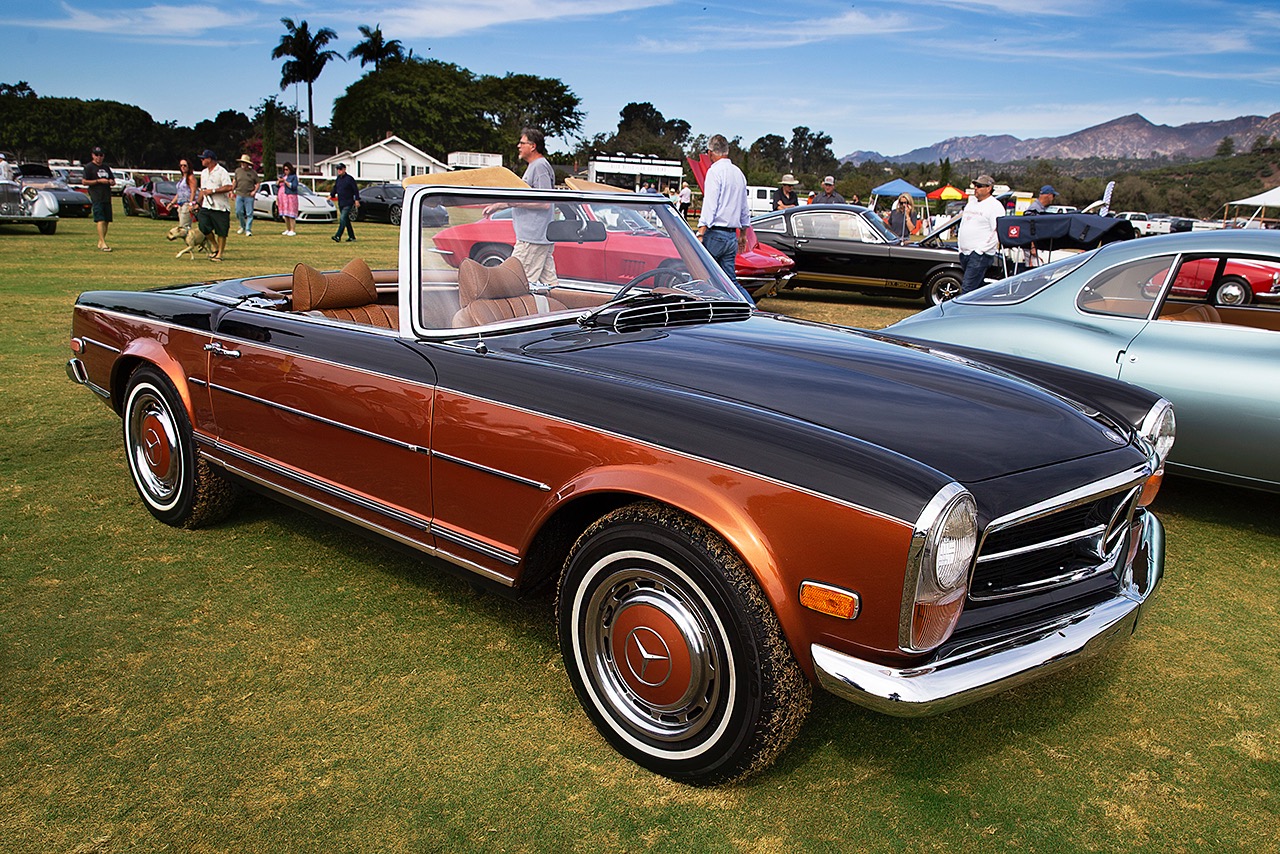 “What the…” I thought, spotting the shiny two-tone ’69 Mercedes 280 SL. This has to be a custom paint job – and it turns out it is. This personalized roadster belonged to voluptuous film legend Jane Russell, who commissioned the gold and black respray. Yes, it’s a bit flashy, but I have to admit, I like it – and apparently so does the car’s current owner, Paran Johar of Los Angeles. 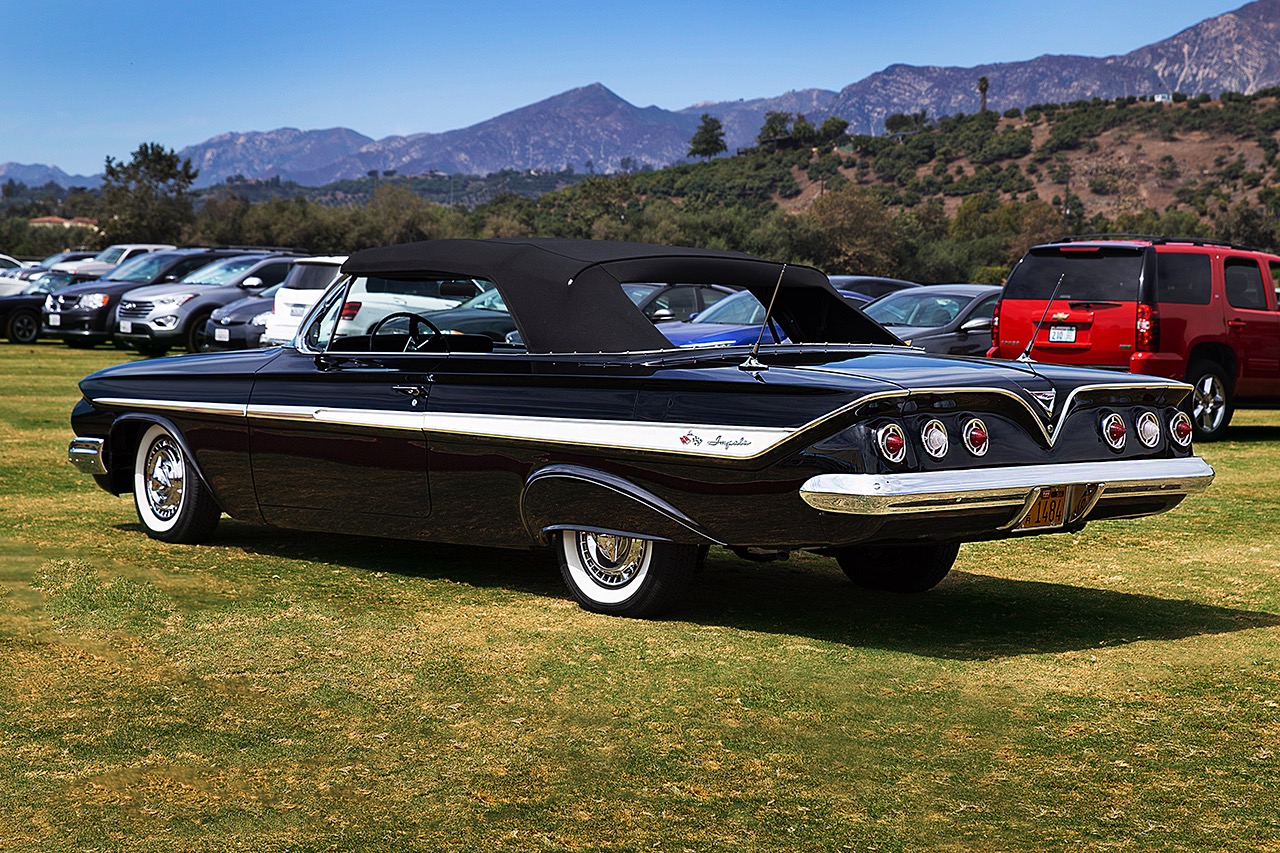 And lastly, Fashion Advice from CGC. How to Wear a Skirt: Start with a fabulous, tuxedo-skinned ’61 Chevy Impala convertible. Set a subtle and sexy, nose-leaning rake. Add a pair of beautiful, eyelash fender skirts. Get all polished up and go show-off on the sidelines at the 8TH ANNUAL: MONTECITO MOTOR CLASSIC! Oh yeah, baby – that’s the way you do it!