VOLUME 1 of Kenneth W. Kayser’s CORVETTE, Legend Or Myth & Zora’s Marque Of Excellence series reveals everything you have always wanted to know about the creation of the first Corvette plus Zora Arkus-Duntov’s unique sports car passion. 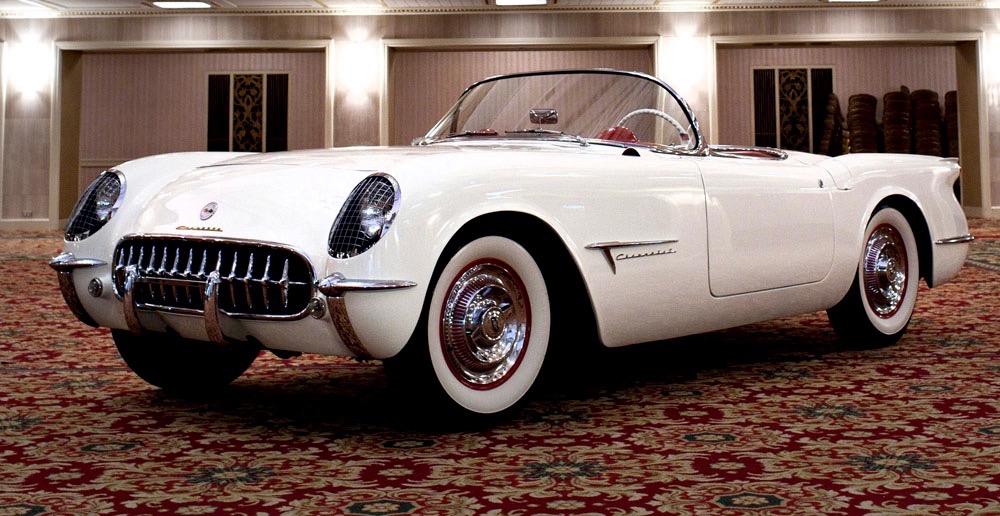 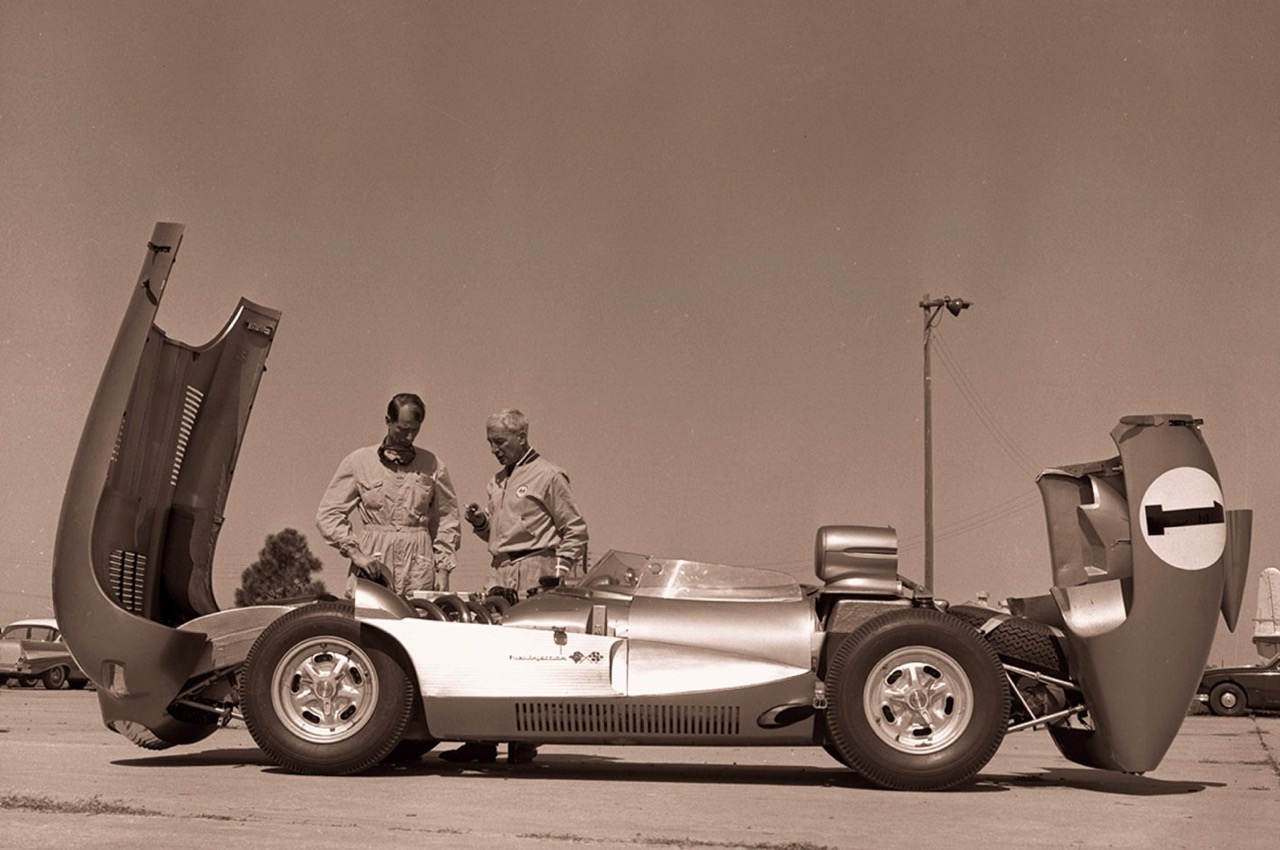 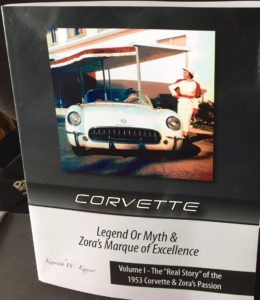 Since the first Corvette broke cover more than six decades ago, there have been dozens of books, thousands of newspaper and magazine articles and many single marque magazines focusing exclusively on America’s Sports Car. And, Corvette Godfather Zora Arkus Duntov, above, with John Fitch and the ’57 Corvette SS racecar.

While there are some truly significant Corvette books – Karl Luvigsen’s CORVETTE, America’s Start Spangled Sports Car and Jerry Burton’s ZORA ARKUS-DUNTOV, The Legend Behind Corvette – nothing published before or after delves into the car’s most minute details and product development history, Zora’s participation, and the unsung heroes – whose names you’ve probably never head before – who played key roles in the birth of America’s Sports Car.

Authored by Kenneth W. Kayser, who spent his 40-year engineering career at General Motors, this 8.5×11-inch tome is huge: 502 pages, 1,450 photos and documents, and weighs a whopping 3.16 pounds! It’s the first of a planned six volume set chronicling Corvette history and Zora’s accomplishments (many revealed here for the first time) over more than two decades while at General Motors. 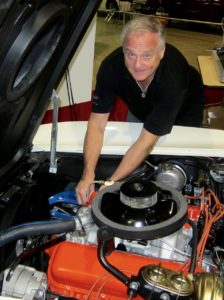 He worked his way up to overseeing all engine engineering and production at Tonawanda, including the Mark IV and Mark V big-blocks. He went on to launch the Mark V 502-inch big-block lineup and later worked with the U.S. Secret Service on Mark IV LS7 powertrains for Cadillac Presidential limos.

In the mid-1990s, Kayser was a key player on the Cadillac Northstar V-8. Before retiring in November 2008, his last assignment was the mid-engined ‘13 Corvette C7, powered by a twin-turbo, 32-valve DOHC V-8. It was later sidelined and put on the back burner. After the Captive Test Fleet launch of 53 ‘09 C6 Corvette ZR1s, he retired. 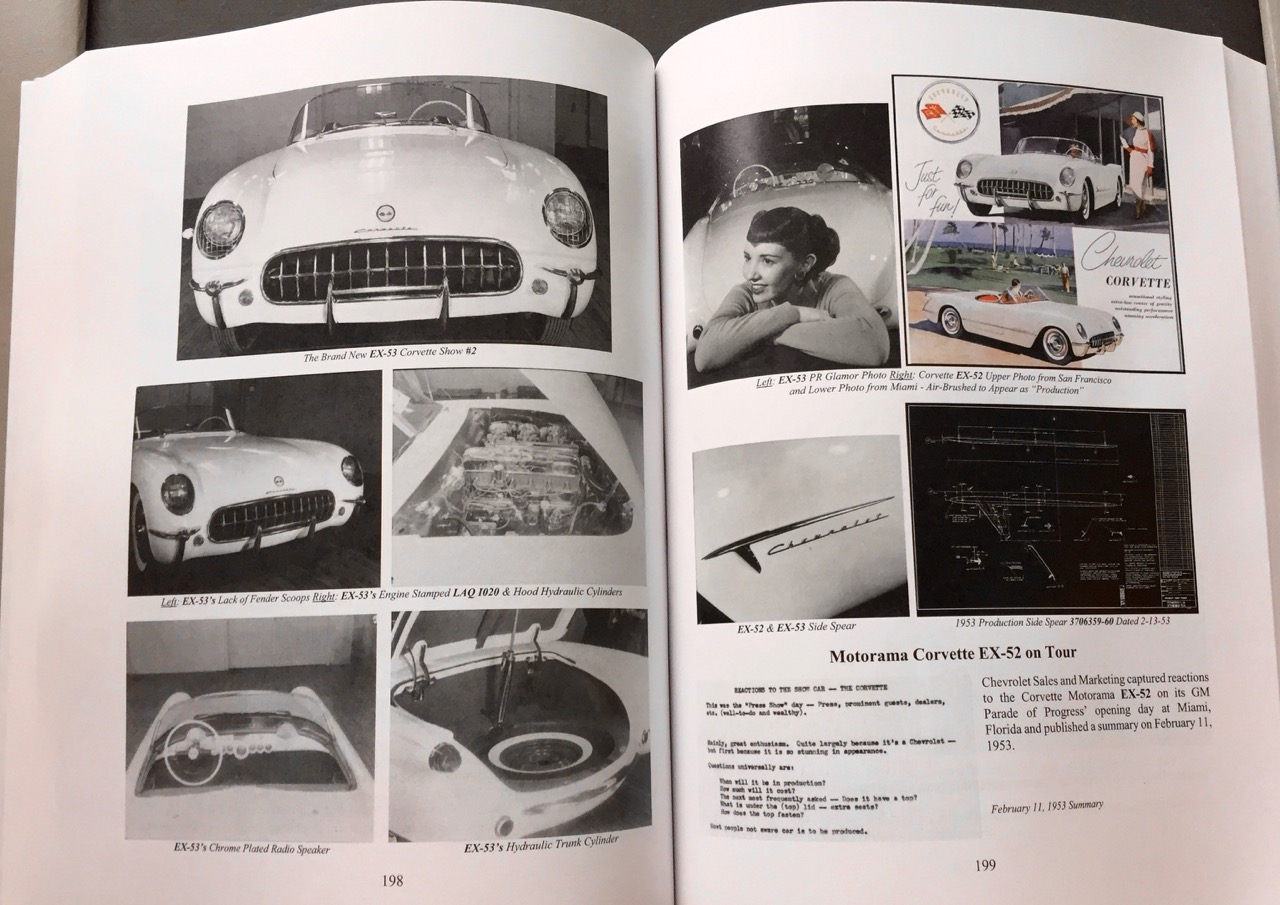 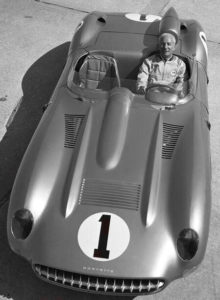 VOLUME 1 of Ken Kayser’s CORVETTE, Legend Or Myth & Zora’s Marque Of Excellence series is not a typical coffee-table book, and it’s not for everybody. However, no serious Corvette enthusiast or collector, automotive historian or automotive journalist should be without this book. It’s packed with historical details, documents and photos many of which I have never seen before, and I’ve been writing about Corvettes for decades! I also conceived and produced the first internationally distributed, regular frequency newsstand magazine for Corvette enthusiasts – VETTE Magazine – in 1976. It’s still being published!

Ken Kayser is also the author of ZORA’s #58053 about Duntov’s 1965-’66 L88 Mule Car. For more information about Ken and his books, please visithttp://www.tachometerpublishing.com/order/corvette-legend-or-myth-zoras-marque-excellence-vol-1