In 1964 at the New York World’s Fair, there was one car that caught Joe Amabile’s eye: A ‘65 Ford Mustang 2+2 Fastback GT, displayed on a rotating platform at Ford’s Magic Skyway ride. Decades later, he owns this ’65 MUSTANG GT: RANGOON RED & RESTORED. 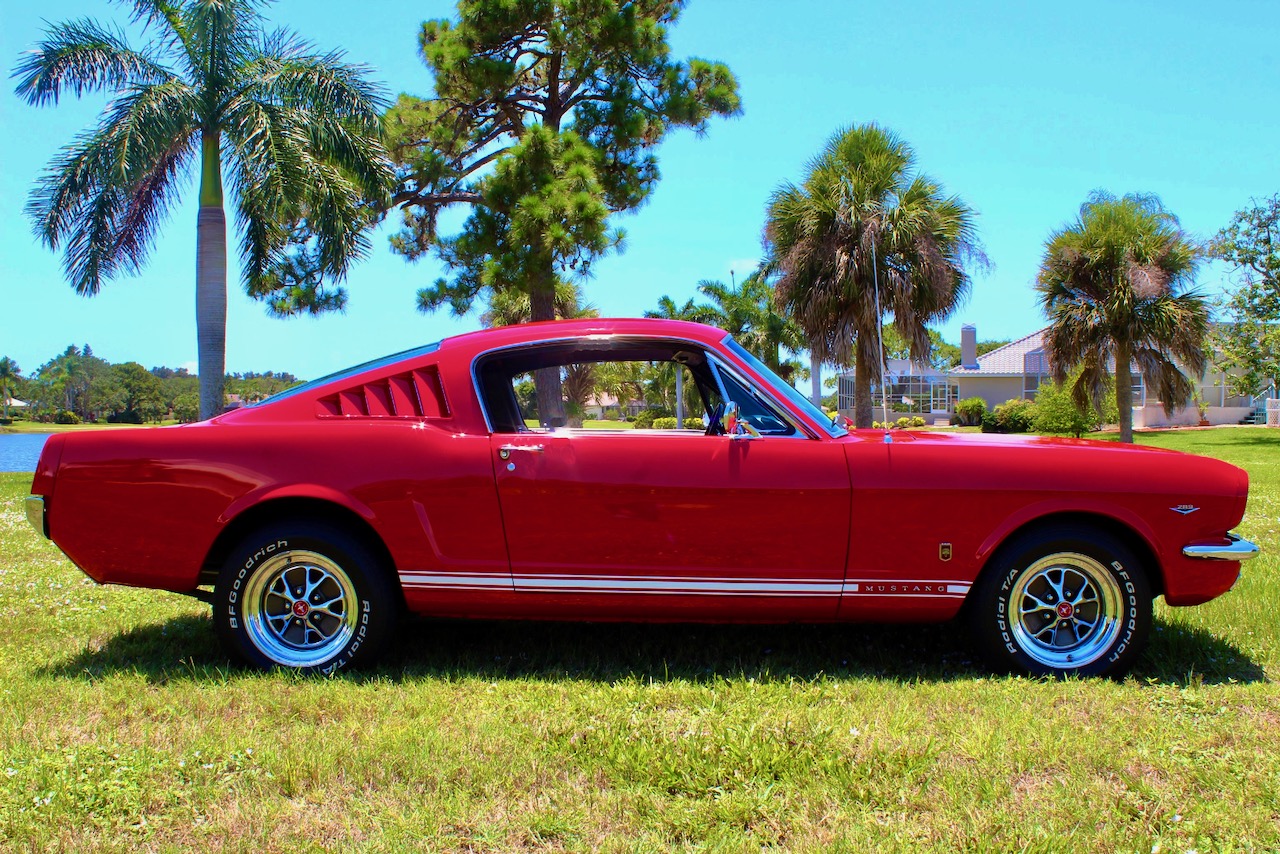 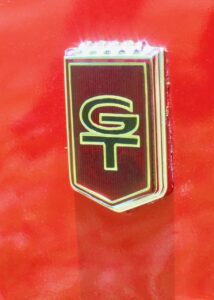 “I waited in line for three hours to ride in the newly introduced Mustang,” Amabile, said. “They had a red ‘65 GT up on display, Rangoon Red, and it just stuck in my mind.”

Over time, Amabile went searching for a Mustang, but it had to be a fastback model with a V-8 and four-speed transmission. He wasn’t in the automotive business, but he had always wanted to restore a Mustang.

Through research, the Amabiles found a Mustang GT that checked all boxes in 1992. Located in New York, about 90 miles south of their home town of Woodbury CT, the Amabile family discovered the car had not only the owner’s daily driver, it was inoperable due to the owner attempting a full restoration. 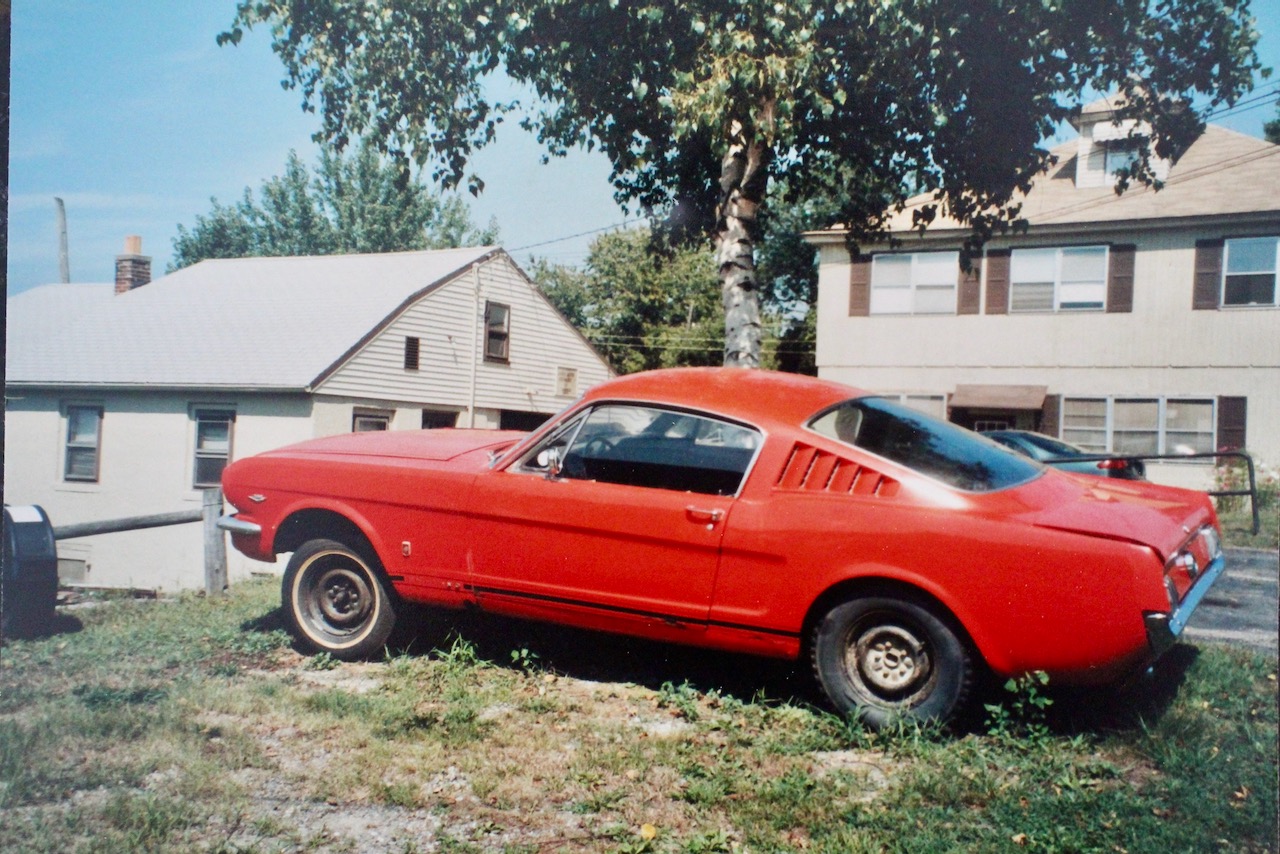 With the engine and transmission uncoupled, Joe Amabile purchased the GT for $1,200, loading the engine in the back of his truck while loading the transmission in the trunk of the Mustang, and left for Woodbury to open his shop. The Mustang family project was impacted by busy work schedules as well as Joe having to fine-tune parts and components twice to ensure a quality fit. He ended up nicknaming the Mustang Two-Time Sally, because few parts seemed to work the first time around! 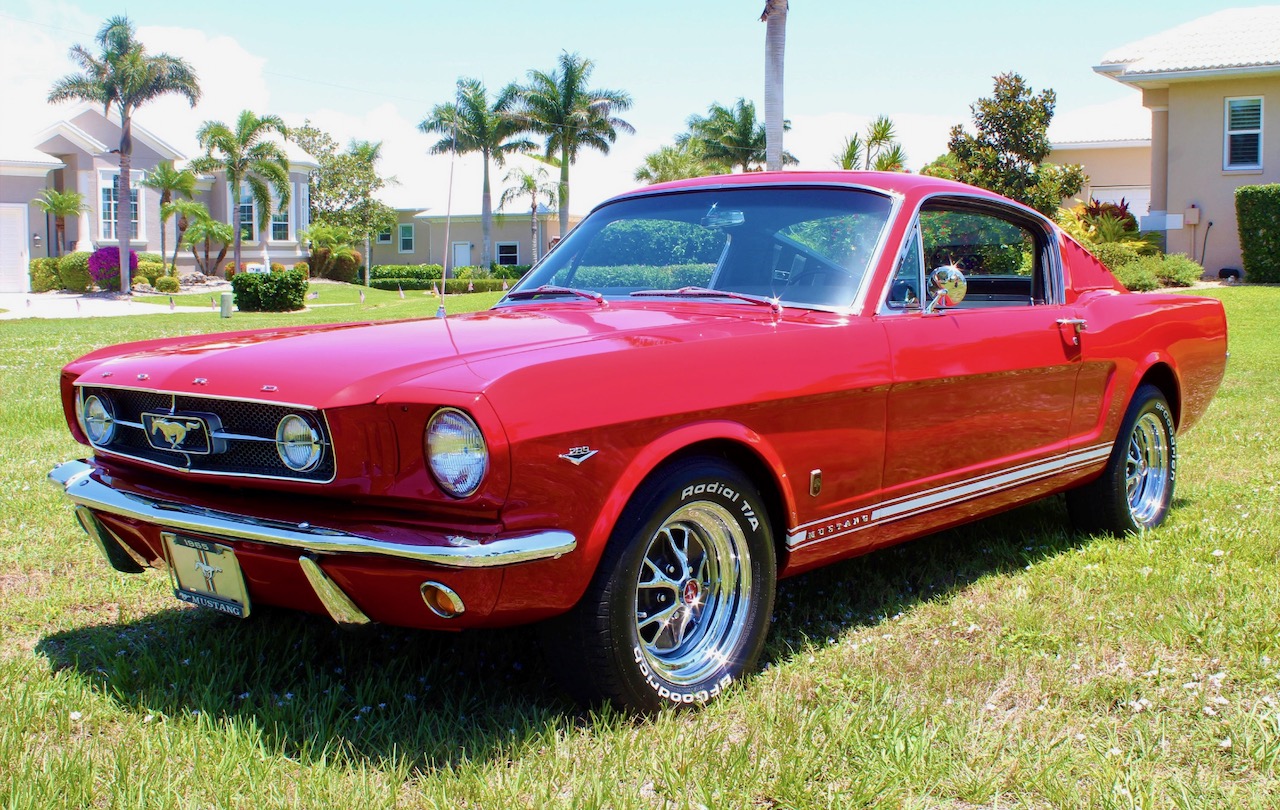 “If you ordered a part and it wasn’t the original part, I always had to tweak it and take it on and off,” Joe Amabile said. “I either had to bend it, cut it, drill it, hammer it, or do something with it, and then put it back on. It was always at least two times on everything.”

Now restored, the Mustang GT continues its journey to car shows far and wide, winning countless awards locally, statewide, and nationally. The first time out at the Watertown, CT Lions Club Show, the Amabiles took a First in the Mustang Class. “I didn’t restore the Mustang to be a Concours show car, I just wanted to display a fully restored classic that was as factory original as possible.” 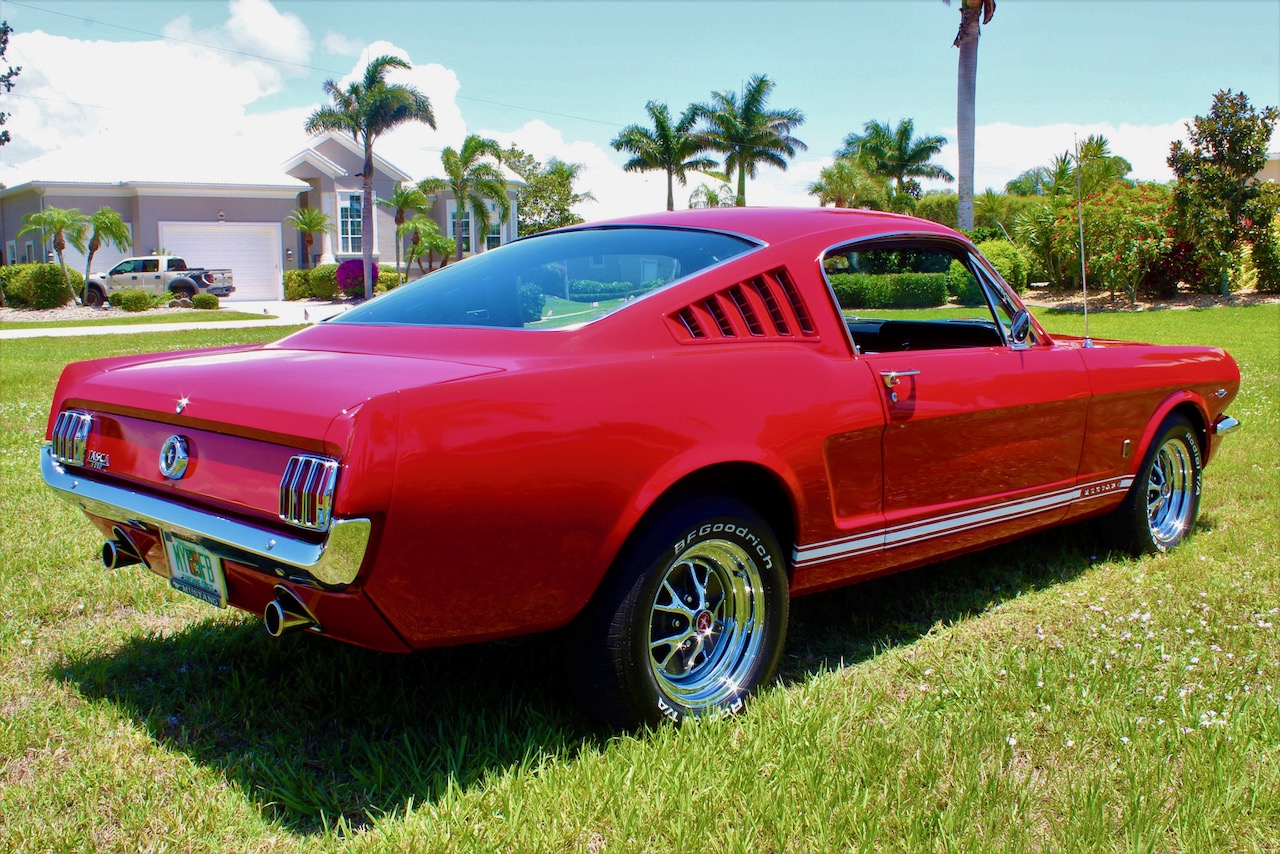 One memorable car show Joe and his wife Pam attended in 2014 was the Klingberg Motorcar Series car show featuring over 1,000 cars, in New Britain, CT. “John Juliani, the CEO of the Eastern States Exposition in MA, asked if we would enter the GT in his Collector Car Exhibition, an event showcasing historic cars over the years.”

“It wasn’t a contest, but rather an exhibition. Featured were car TV personalities Wayne Carini from Chasing Classic Cars, Mike Brewer from Wheeler Dealers, Danny “The Count” from Counting Cars. The mass recognition of our Mustang was truly heartwarming.” 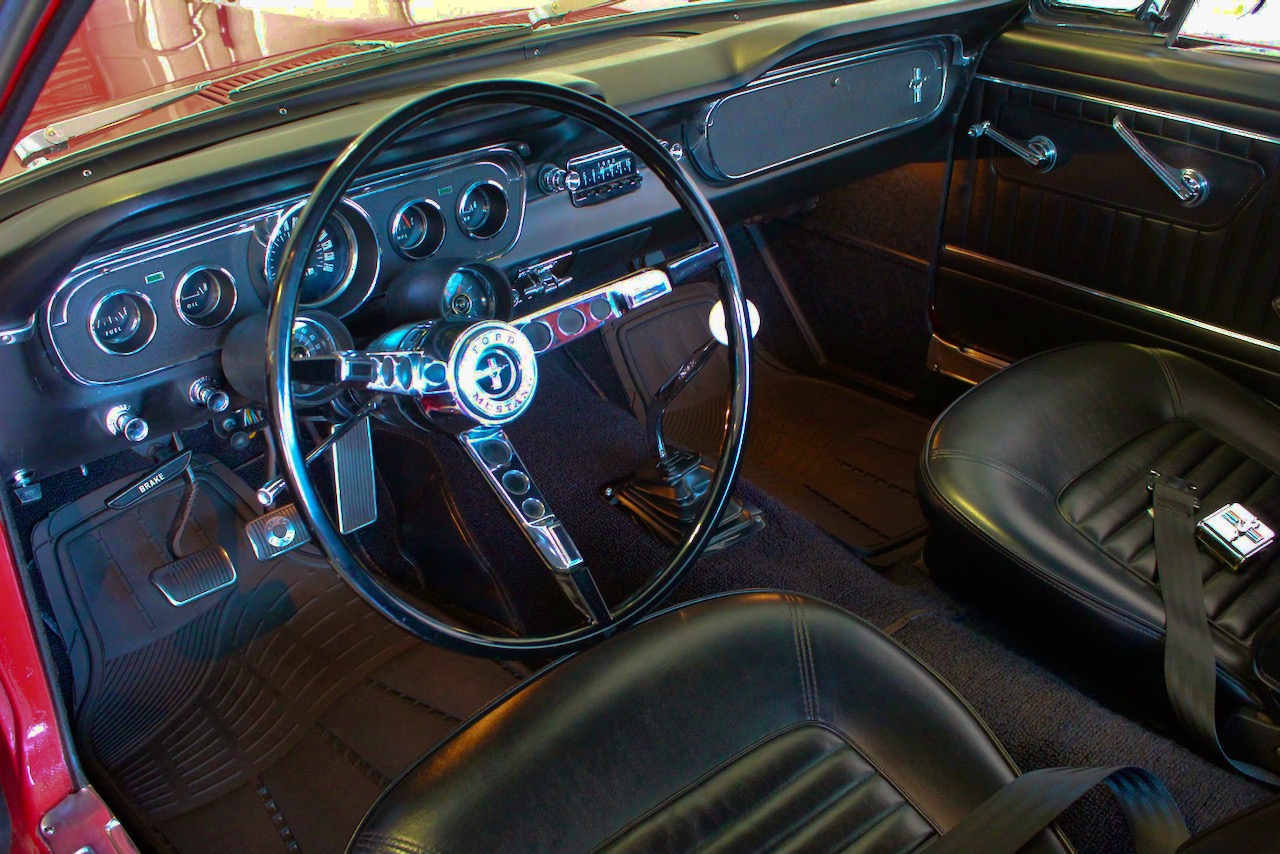 From every angle, this ’65 MUSTANG GT: RANGOON RED & RESTORED appears as brand new. Among its eye-grabbing details are, rocker panel GT stripes, fog lights, exhaust trumpets, TASCA FORD badge, and styled steel wheels. The fender-mounted GT and 289 engine badges add status. Its interior has been restored to a high-degree of quality and the dashboard is sporty and boasts easy-to-read instrumentation. 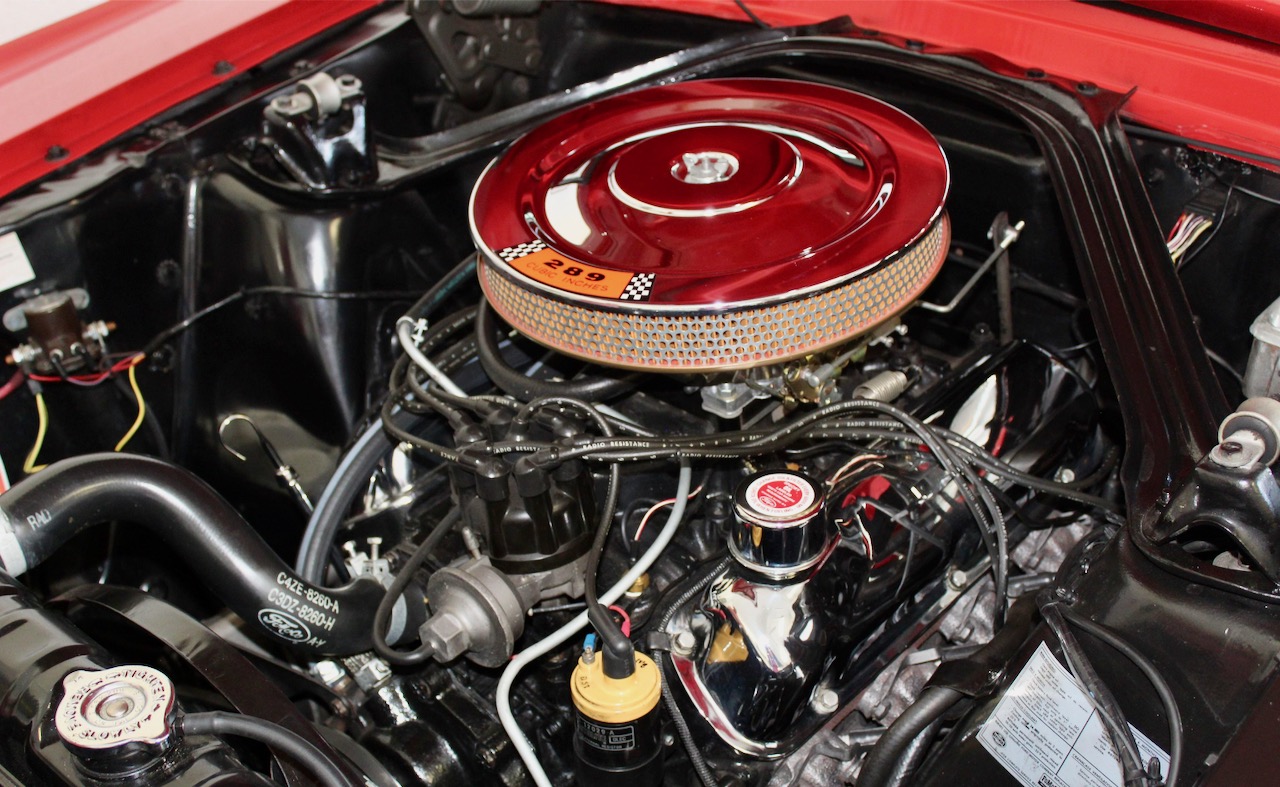 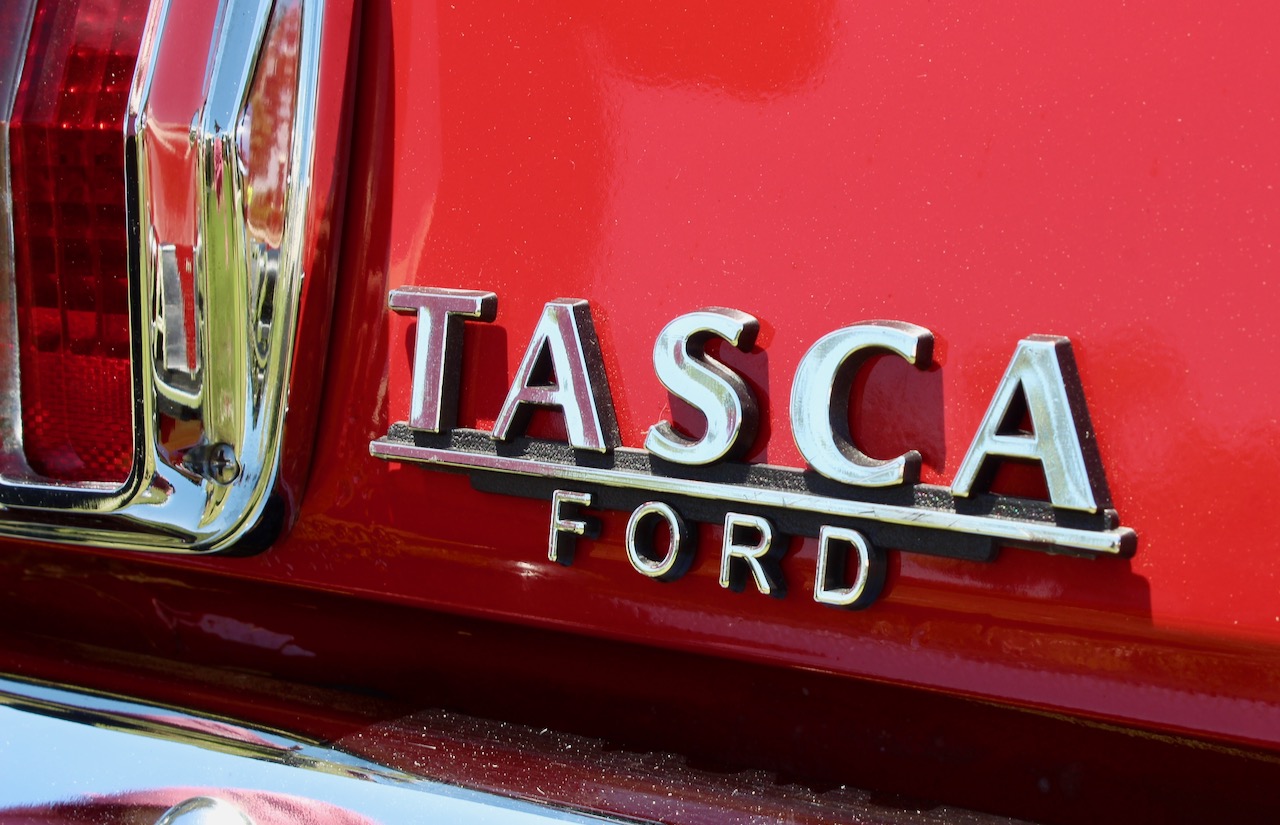 The Mustang 2+2 is the kind of car that attracts traditional car enthusiasts to admire with great interest, and a provoker of endless arguments over whether it is the greatest Ponycar ever built. For people like the Amabiles, few cars measure up to their Rangoon Red GT that is showcased in Mustang Special Editions, by Jeffery Klein and Jonathan Klein. A copy has been on the coffee-table in the Amabile home since it was published in 2018!