Skip to content
Anyone could order a 409 Impala in 1962; just 18 racers ordered the purpose-built lightweight version. It’s in original condition and fully documented. 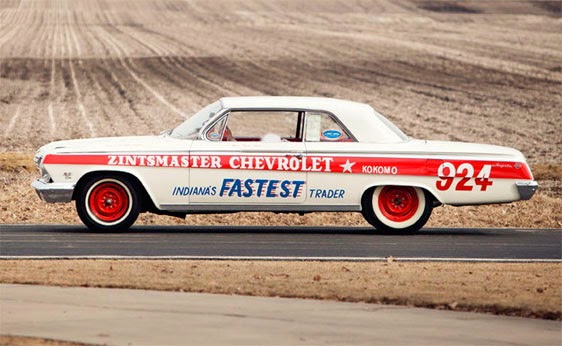 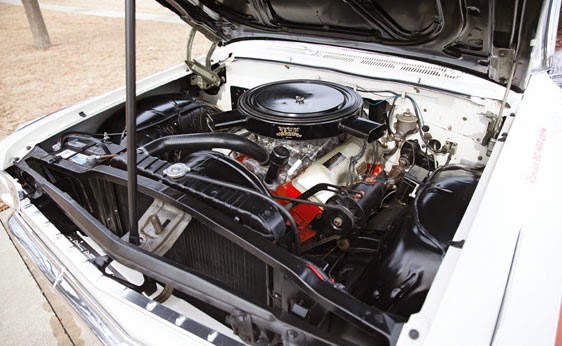 Chevy introduced its W-series cast-iron engine family in 1958 as a performance step-up over the popular 283-inch small-block V-8. The first “W” was a 348-inch powerplant that could be fitted with Tri-Power, rated at 315 horsepower. On December 17, 1960, Chevy announced it was enlarging the 348 engine to 409 cubic inches and would offer the new V-8 in single and multi-carb induction in its full-size ‘61 Impala Super Sport (SS).   Don Nicholson won Stock Eliminator at the 1961 NHRA Winternationals, Pomona, CA behind the wheel of a 409-powered Impala SS. Twelve stock car victories that year added to the car’s reputation. 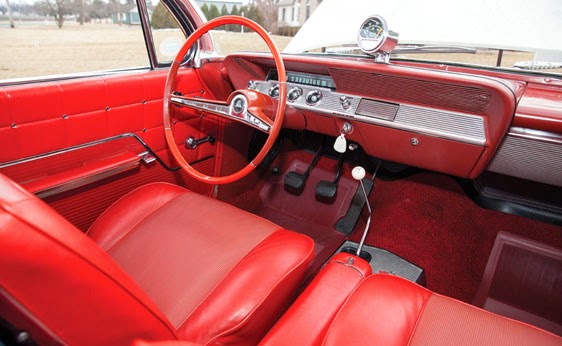 Nicholson driving a 409 Impala SS repeated his Winternationals Stock Eliminator victory in 1962, but Chevy kept developing speed parts for its big drag car. Unable to get more power from the 409, engineers focused on making the car lighter, which meant shaving pounds from every conceivable part. They replaced the steel hood, fenders, inner wheelwells, bumpers, brackets and other associated pieces with aluminum components, trimming 120 pounds from the 3,500-pound Chevy. Lightening the car’s front-end helped transfer weight to the rear tires under acceleration, thus reducing quarter-mile ETs. Only 18 Impala SSs received the aluminum components in 1962, including this unbelievable machine. 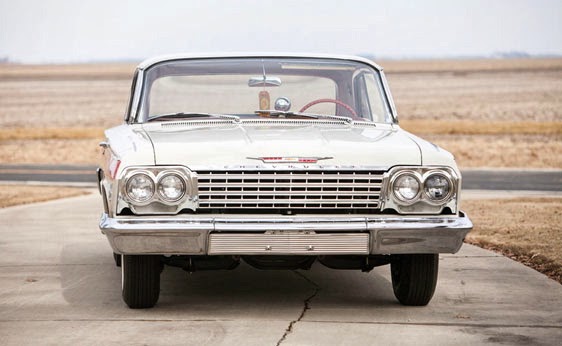 Chevrolet built a limited number of lightweight Impalas for high-profile drag racers, including “Dyno” Don Nicholson, Dave Strickler, Buddy Martin, Dick Harrell and John Zintsmaster. John’s Kokomo, IN-based Zintsmaster Chevrolet, owned and ran the 1962 factory lightweight Impala that is being offered. This SS409 was shipped to Zintsmaster Chevrolet and it survives with its documentation intact. The current owner reports that this is the only known surviving factory-documented car. The Zintsmaster car is commonly recognized as the most original, factory-built lightweight that respected experts of the marque know about. 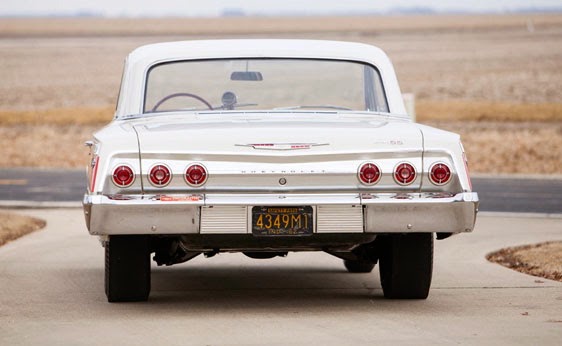 Zintsmaster Chevrolet in Indiana, the very state that it is now being offered in, raced this Impala SS, a virtual time capsule! Dave Mason, whose name is still painted on the door, drove the lightweight Impala SS. Zintsmaster took this car to the 1962 U.S. Nationals at Indianapolis Raceway Park where Mason ran in the low 12s at 115-mph. Shortly after that, the car was retired from competition and placed in private storage, where it remained for more than 20 years. It is said that Mr. Zintsmaster kept the lightweight SS 409 with its documentation until 1988, when it was first sold into another private collection. 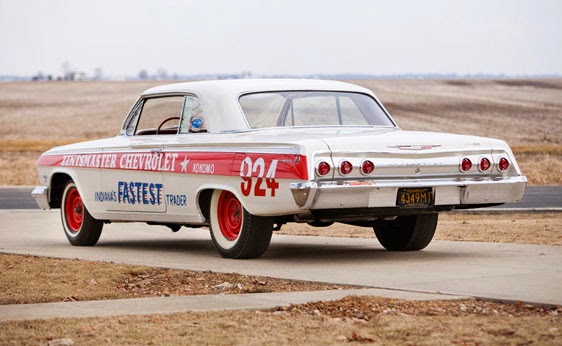 The rare Ermine White Impala lightweight racecar remains fundamentally unchanged since it raced at the Indy Nationals. It preserves almost all its original paint, except for slight touch-ups. A Roman Red stripe runs the length of both sides and Zintsmaster Chevrolet is advertised as “Indiana’s Fastest Trader.” The original red bucket seat interior, original whitewall tires from its last racing season, original dual-quad 409/409-horsepower engine, original Borg-Warner floor-mounted four-speed, plus the original 4.56 Posi rear are all featured on this amazing car. To add even more status, the legendary Bill Thomas, who conceived the original Cheetah and built Nickey 427 Camaros on the West Coast, built the engine. 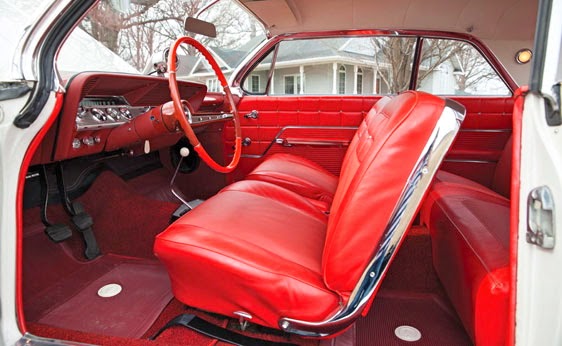 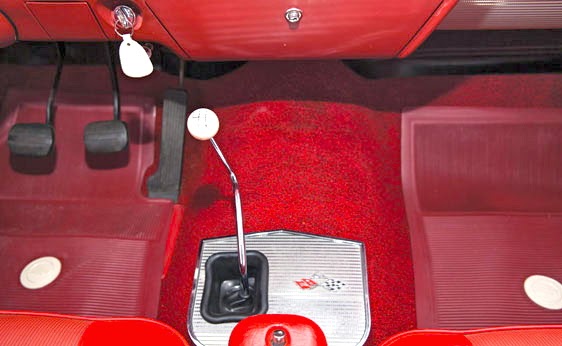 The retired drag racer’s odometer shows just 5,500 miles and still has its standard ‘62 Impala SS interior layout with radio and heater delete and dash-mounted Sun tach. Color-keyed factory steel wheels are still with the car, as is the spare in the trunk and Zintsmaster Chevrolet sticker on the rear bumper. Along with the original window sticker, documentation includes numerous newspaper articles with race results. The Zintsmaster SS lightweight has also been featured in multiple magazine articles, further chronicling its racing pedigree. 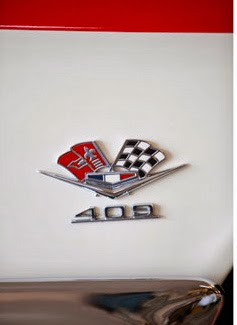 Check out Chevy Performance 409 for everything you need to build ultra-high-performance 348/409 Chevys, http://409chevyperformance.com/Home%20-%20409%20Chevy%20Performance.html