Skip to content
Consummate hot rodder Dave Wallace, Jr. blogs about an 80,000-mile Survivor brought back to life by a do-it-yourselfer who has been watching it since 1981! 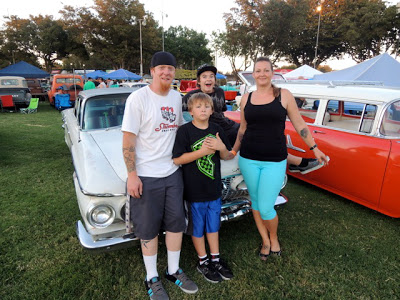 Dave Wallace usually writes about ferocious fuelers and kick-ass hot rods, but when he met up with hands-on car guy Scott Edwards and his ’61 Fury, he was impressed. They bonded almost immediately as Dave’s driver is a 70,000-mile ’61 Belvedere and both Plymouths were in the same place at the same time! Unlike Scott’s 360 V8-powered Fury, Dave’s Belvedere is motivated by an original 225 Slant Six and has been in the extended Wallace family since 1962! 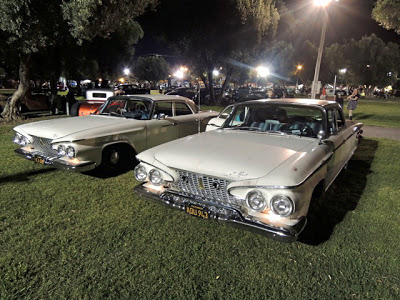 Scott Edwards, 34, watched the 80,000-mile Fury sitting in a neighbor’s yard for nearly his entire life before buying it for $1,500 three years ago from the second owner’s family. Other than a rotted trunk floor (where a bunch of clothing had been stored all those years) and one bad quarter panel, the body was intact. It did have an ugly, rough brown roof that Scott
has since covered with silver Metalflake paint. 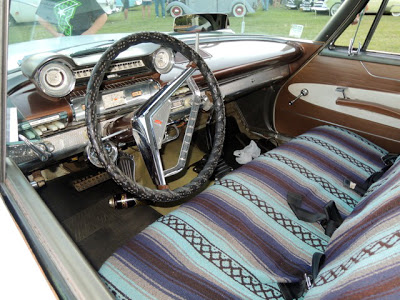 “I’m using the original wiring harness because everything worked – clock, radio, all the electrical stuff – the first time I hooked up the battery,” said Scott. “That bitchin’ brown dashboard (matching the original roof paint) was hiding under a protective coating of padding.” 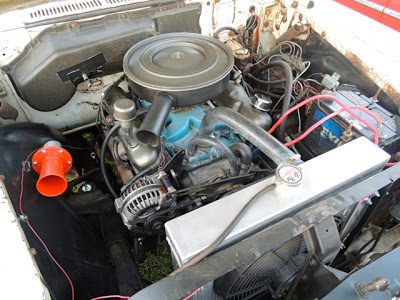 In his first-ever project, Scott did almost everything himself, including replacing the 318-incher with Polysphere combustion chambers with a warmed-over later-model 360 and added a Torqueflite 904 transmission and ’65 Coronet rear. Just finished, Scott drives the car to
work every day. He kept the original Poly motor and will rebuild it as finances permit,
ultimately putting it back in the car. 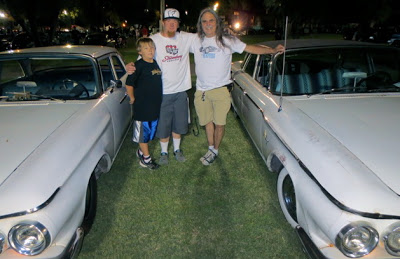 At last Saturday’s excellent Sacramento Poor Boys Chapter 10th Midnight Mass Car Show in Woodland, CA, my Belvedere was THE first four-door he’d ever seen, and only the second ’61 Plymouth. Our cars became fast friends, as did our respective clans. Dave, with Scott and son, above, with a pair of ’61 Plymouths. I also learned an interesting factoid about vintage ’61 Plymouth parts availability: They’re all in Sweden; Chrysler must have cut them one
helluva deal back in the day!