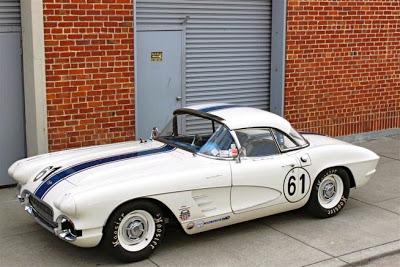 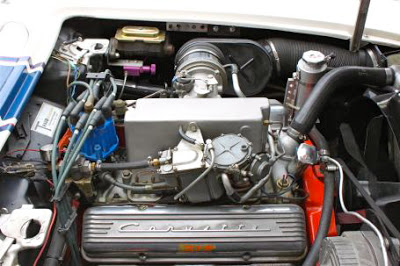 Starting with the advent of the 265-inch V8 in 1955, Chevrolet covertly supported Corvette road racing efforts. Many were prepared for competition and fielded by various well-known teams and drivers. After successes at the 12 Hours of Sebring, Briggs Cunningham launched the first true international effort, preparing three Corvettes for Le Mans in 1960, with one car winning its class and finishing 8th overall.

The factory tested a variety of performance components designed for competition, later offering various “RPO” (Regular Production Option) packages that could be selected on an order sheet.   Club as well as pro racers would opt for “RPO 687,” which included heavy-duty brakes and quicker-ratio steering, finned cast steel brake drums and semi-metallic brake linings. 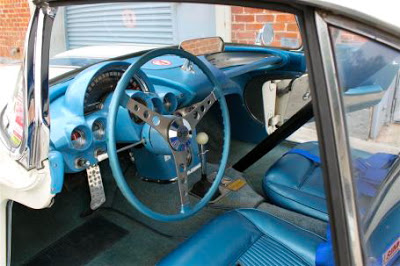 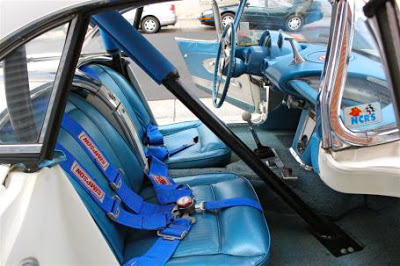 Just 233 RPO 687 Corvettes left the factory in 1961; this car retains all of its “big brake” components. Rarer still was the LPO 1625 option, which replaced the standard 16-gallon fuel tank with a 24-gallon unit suitable for long-distance races. Factory documentation confirms that just 25 cars were equipped with the LPO 1625 option in 1961 – almost all of these were raced including the ones running the 1961 Sebring 12 Hours. 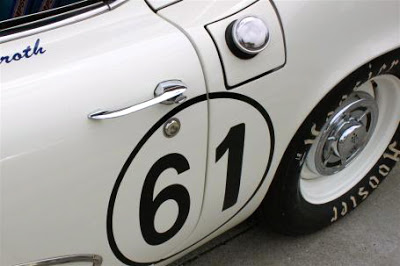 Documenting the exact chassis numbers of these 25 is extraordinarily difficult given the lack
of detailed factory records. Corvette historian Jim Gessner, keeper of the Registry of Corvette Race Cars, believes this car to be one of the rare 25. Evidence includes the external fuel filler neck, holes in the trunk unique to a “tanker”, tank strap holes, and the fact that this
hardtop-equipped car has no provision for a convertible top. Oversize 24-gallon tanks
eliminated the space where soft tops were stowed. The car additionally features the rare radio/heater delete plate. 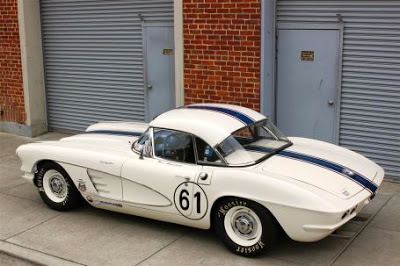 When owned by Chuck Francis in early-1980s, it was at the Monterey Historics where Larry Shinoda, Zora Arkus-Duntov, as well as engineers and mechanics from the Corvette race development team were present, were all over it. According to Francis, the mechanics
removed the hardtop and confirmed that this was originally a “big tank” car. Then one of
the mechanics noted holes drilled in the inner fender well, and stated that the car was used
for testing in Florida in 1961. 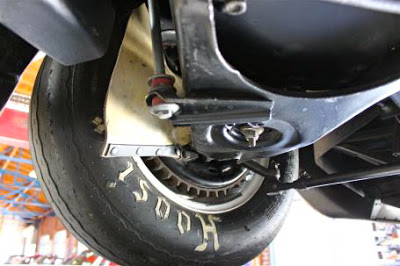 Historian Jim Gessner has confirmed that a 1961 Corvette was used for extensive testing at Sebring that year with Bob Cliff, a GM Test Engineer from Delco Moraine Brake Division. Cliff
had been testing prototype brake shoes, finned drums, new cooling methods to get outside fresh air to the rear of the backing plates, and measuring wear on new compounds of semi-metallic brake shoes. Cliff, a noted SCCA racer, drove at race speeds over 750 miles testing these products. Based on the anecdotal evidence presented by Chuck Francis, there
is a probable chance that this Corvette is the original Bob Cliff test car, though conclusive verification is virtually impossible today. 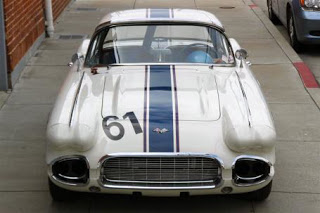 This ’61 Corvette has enjoyed an active vintage racing career and comes with logbooks documenting four Monterey Historics, three Wine Country Classics, and four appearances at Coronado, among many other events.
The motor currently fitted is a Traco 292-inch small-block. However a correct date-coded 283/315 block is included is still with the car.

For more photos and info on this rare solid axle Corvette that is for sale, please visit http://www.fantasyjunction.com/