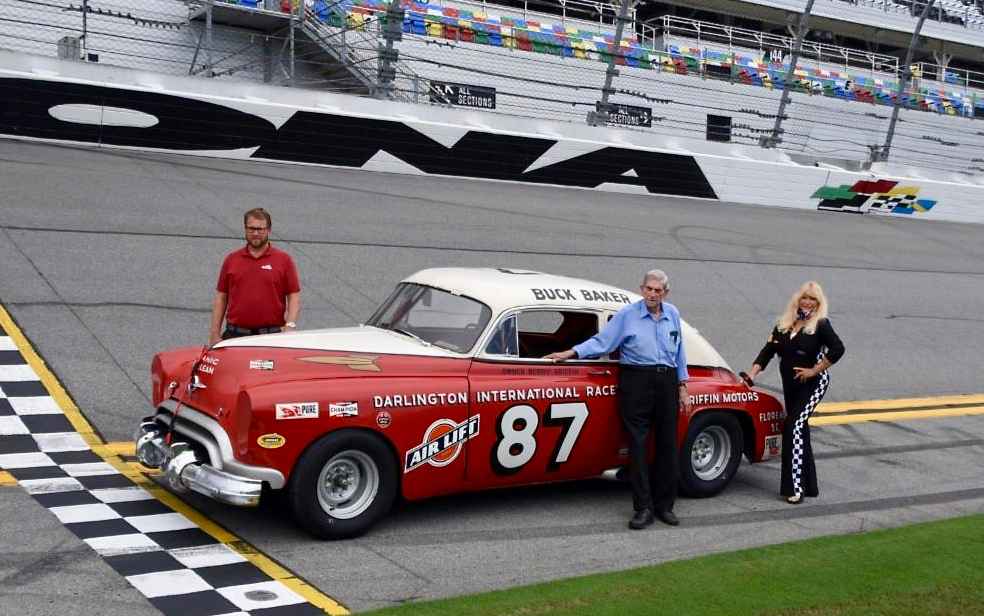 Paul Goldsmith, 94, is the only man to win on the Daytona Beach Road Course in both cars and on a motorcycle. Smokey Yunick once called him “the best pure racer I ever saw.” Harley-Davidson founders John Harley and Walter Davidson personally asked him to become a rider for their factory team, a decision that led to victory at the 1953 DAYTONA 200.

“Goldie” won the 1958 NASCAR Grand National Event on the Daytona Beach Road Course five years later and went on to win consecutive USAC stock car titles (1961-1962). Goldsmith was inducted into the American Motorcycle Association (AMA) Hall of Fame in 1999 and the Motorsports Hall of Fame of America in 2008.

On August 20, 2020 Paul Goldsmith flew from Indiana to Daytona Beach to be reunited with the 1949 Oldsmobile that he and other racing legends drove at the dawn of NASCAR. Widely believed to be the oldest remaining original NASCAR racer, the Olds was presented for permanent exhibit at the Motorsports Hall of Fame of America Museum on the grounds of Daytona International Speedway. 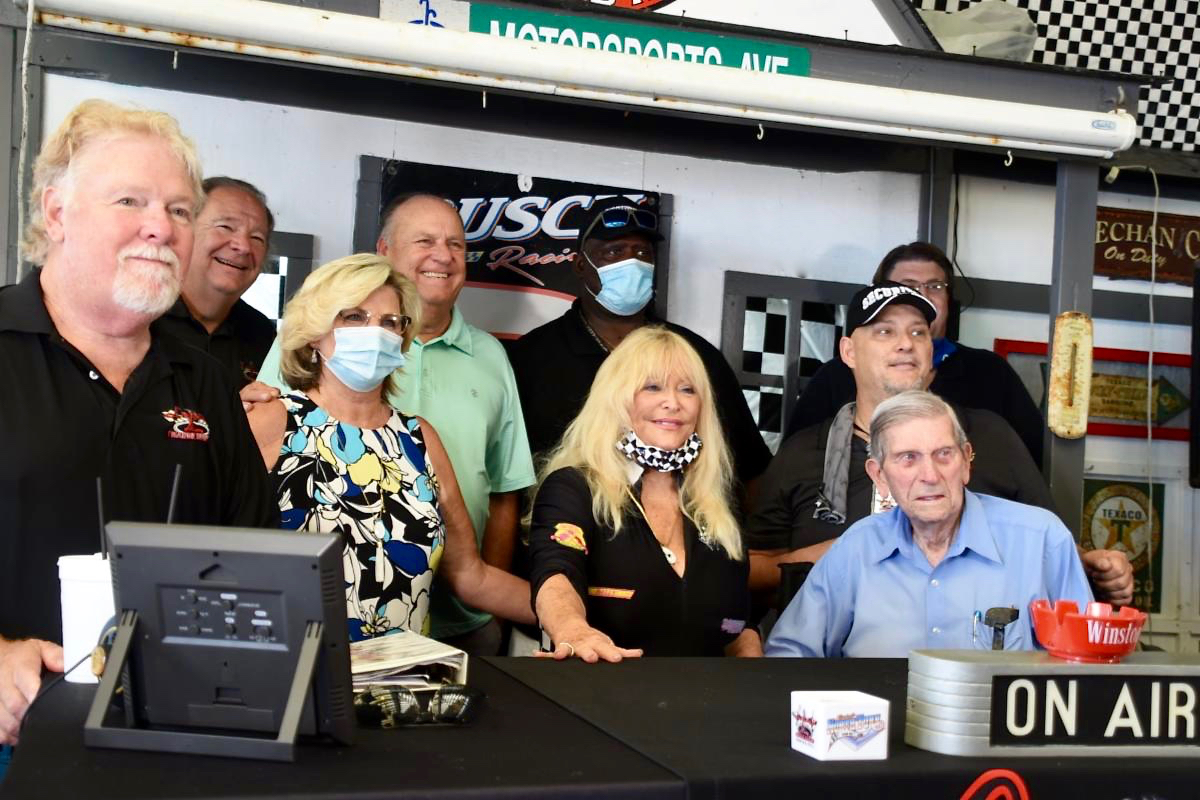 Goldsmith (far right) was joined by the one and only Linda Vaughn (seated center) and NASCAR historian Buz McKim for a special edition of the Legends of Racing Radio Show and podcast. The show was recorded at Racing’s North Turn Restaurant in Ponce Inlet, Florida. Photo courtesy of Bill Warner, Amelia Island Concours.

Be sure to visit the ’49 OLDS: NASCAR ROARIN’ RELIC and other great racing machines and artifacts at the Motorsports Hall of Fame of America Museum located at the Daytona International Speedway or take a virtual tour by visiting https://www.mshf.com/video/mshfa-virtual-preview.html