Within months after Chevrolet’s September 1966 introduction of its all-new ’67 Camaro, Nickey and Nickey/Thomas SS427 Camaros were on the road. 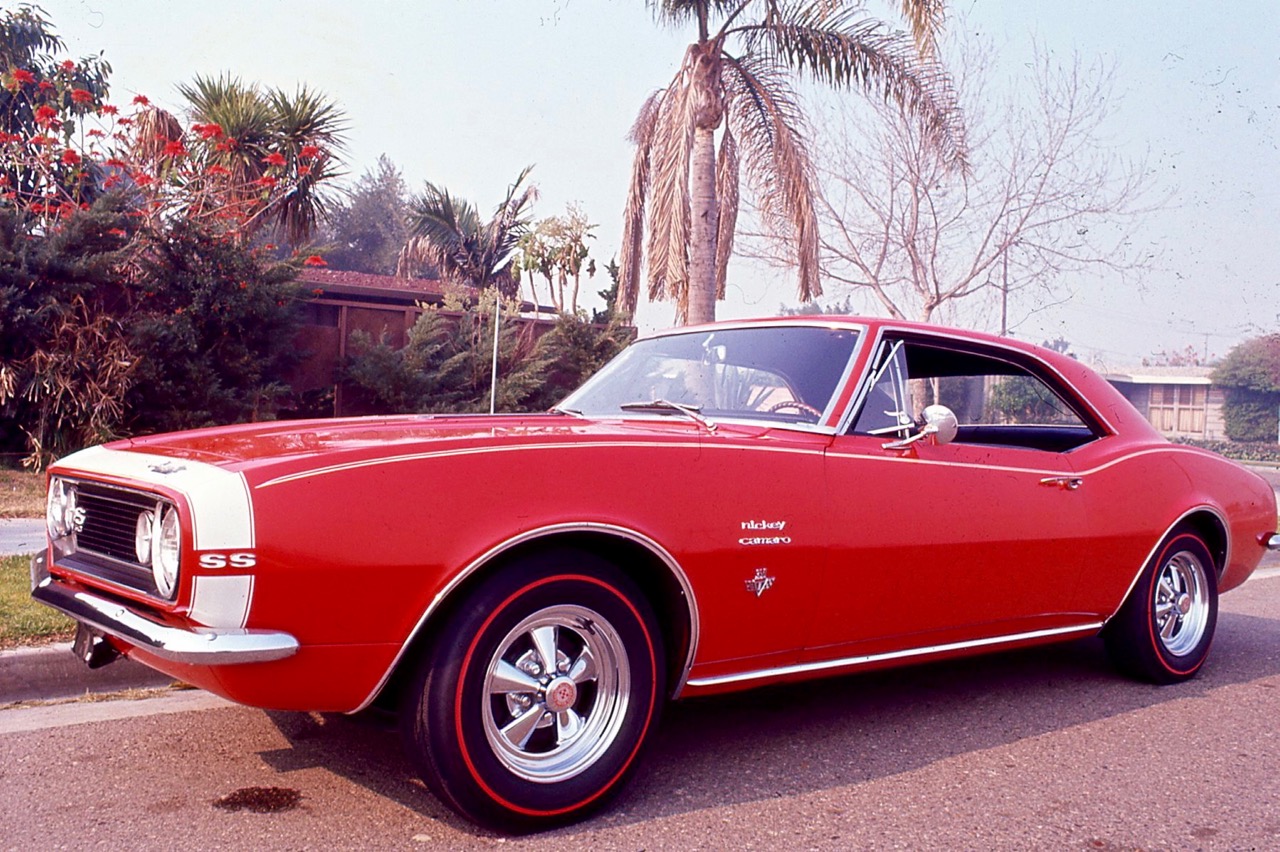 My reason for visiting Bill Thomas was not to sample one of the Nickey 427 Camaros. I was working on stories about race-prepping fuel-injected Corvettes, improving the performance of Gen I and Gen II Rochester fuel injection and exhaust tuning. Bill Thomas was absolutely brilliant in those areas. His background included building and tuning road race and drag cars and creating the radical Chevy-powered Cheetah. In 1962 he tuned Hayden Proffitt’s NHRA World Championship ’62 Chevy 409 Bel Air. 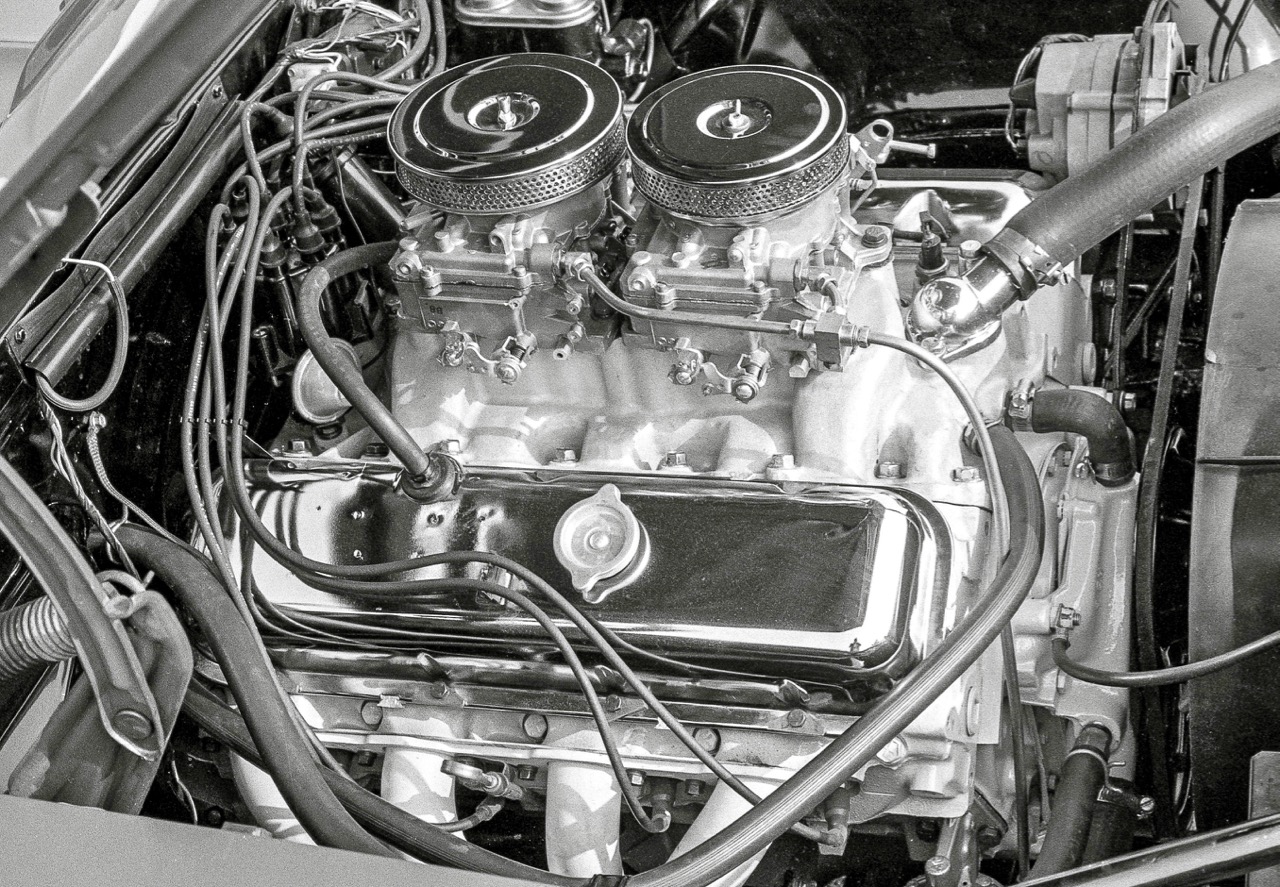 When I was there, he was building big-engined cars with Bonneville-type rear gearing, which included 427 Camaros, for serious street racers who used LA and Orange County freeways as racetracks. He jokingly referred to them as “Freeway Freedom Fighters.” The 427 Camaro he offered me was more suited for the quarter-mile than for freeway cruising. Basic Nickey/Thomas 427/425 Camaros were $3,711, while the prototype-demo Camaro I drove listed for approximately $4,300. In addition to the base 427/425 engine, four-speed, Posi and standard factory equipment, Thomas added chromed Cragars, his own traction bars and headers, 4.88 rear gears, Cure-Ride shocks and dual Carter AFB quads on a low-rise aluminum manifold. The Thomas-tuned engine, with yellow-painted block and heads, was rated at 450 horsepower at 6,000 rpm. I found the rear gearing to be well suited for a drag strip, but not desirable for normal driving. At freeway cruising speeds the engine revved around 5,000 rpm! On the bright side, stopwatch 0-to-60 blasts came in around 5 seconds. Thanks to Thomas’ new traction bars and specially valved shocks, typical wheel hop was greatly reduced. 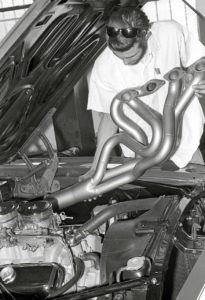 I recall thinking that a well-tuned big Holley four-barrel would have been a cheaper, less complex alternative to Thomas’ dual Carter four-barrels. However, throttle response and launches from a dead stop were breathtaking! To make full use of the 427 engine’s torque and Camaro’s gearing, slicks were needed. BTRC’s shop foreman, Warren Williams, and FI tuner, Pat LaFon, right, were involved in building the first Camaro and let me know it had run consistent 11.40s. I was very tempted to stay over for a couple of days to get a chance to run it at the track. Unfortunately that did not happen. We ran some coverage of my day with the Nickey/Thomas 427 Camaro in the August 1967 issue of SPEED and SUPERCAR (formerly SPEED and CUSTOM). 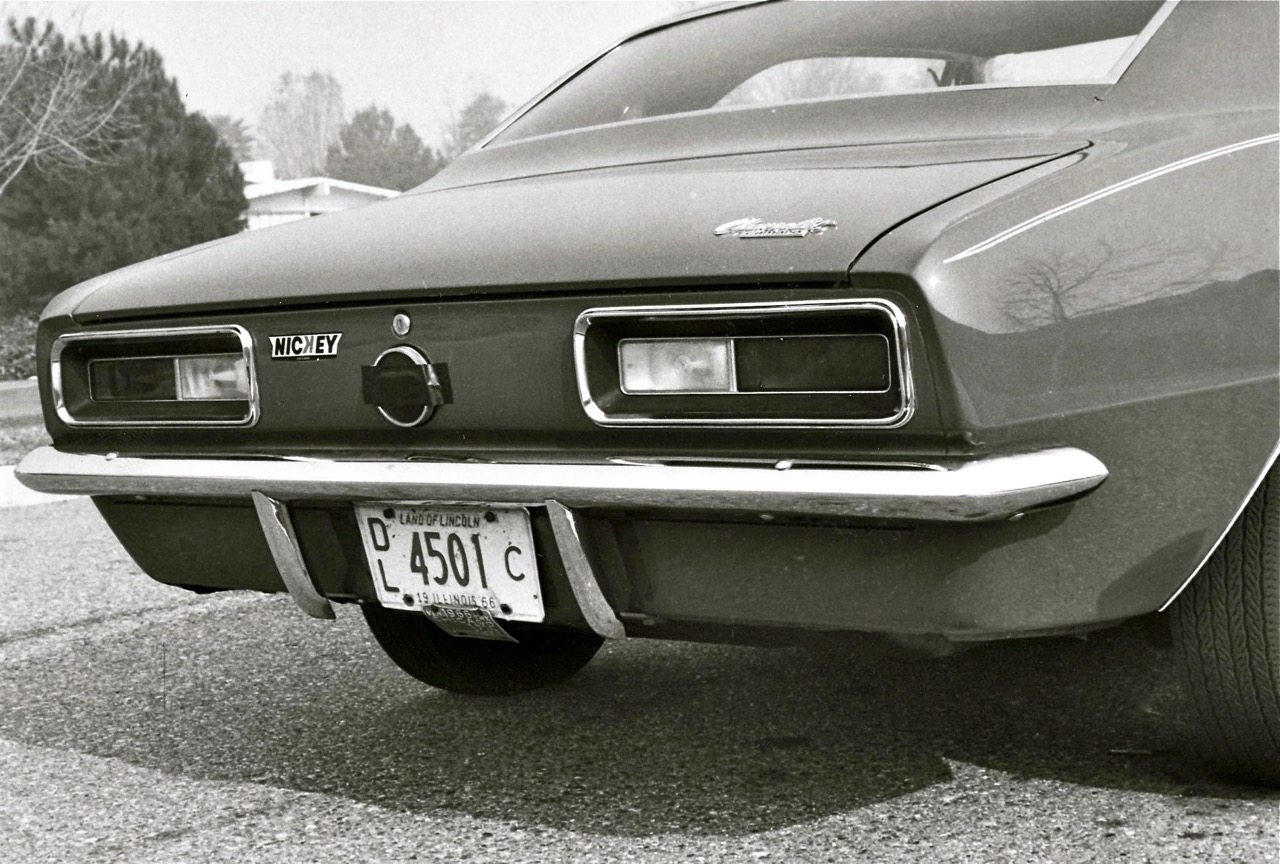 This feature is from DAY ONE, AN AUTOMOTIVE JOURNALIST’S MUSCLE-CAR MEMOIR that covers high-performance cars the way they were when new. Check out Martyn L. Schorr’s latest book at, https://www.amazon.com/Day-One-Automotive-Journalists-Muscle-Car/dp/0760352364/ref=sr_1_1?s=books&ie=UTF8&qid=1493561421&sr=1-1&keywords=Day+One+by+Martyn+L.+Schorr