The Matunes brave torrential rains to bring us coverage of one of the highest quality Concours in the U.S. 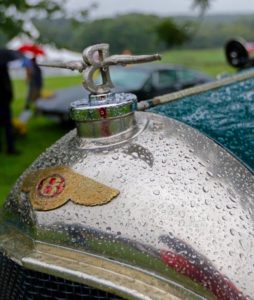 For the first time in its 22-year history, the Radnor Hunt Concours d’Elegance suffered a rain event of epic proportions on show day. While boots, raincoats and umbrellas became de rigueur, and it may have dampened some of the enthusiasm among exhibitors and spectators, it certainly didn’t extinguish it. “This is fitting tribute to what Mike Tillson, the Concours Staff and legions of volunteers have been able to build over more than two decades,” blogs Mike Matune. 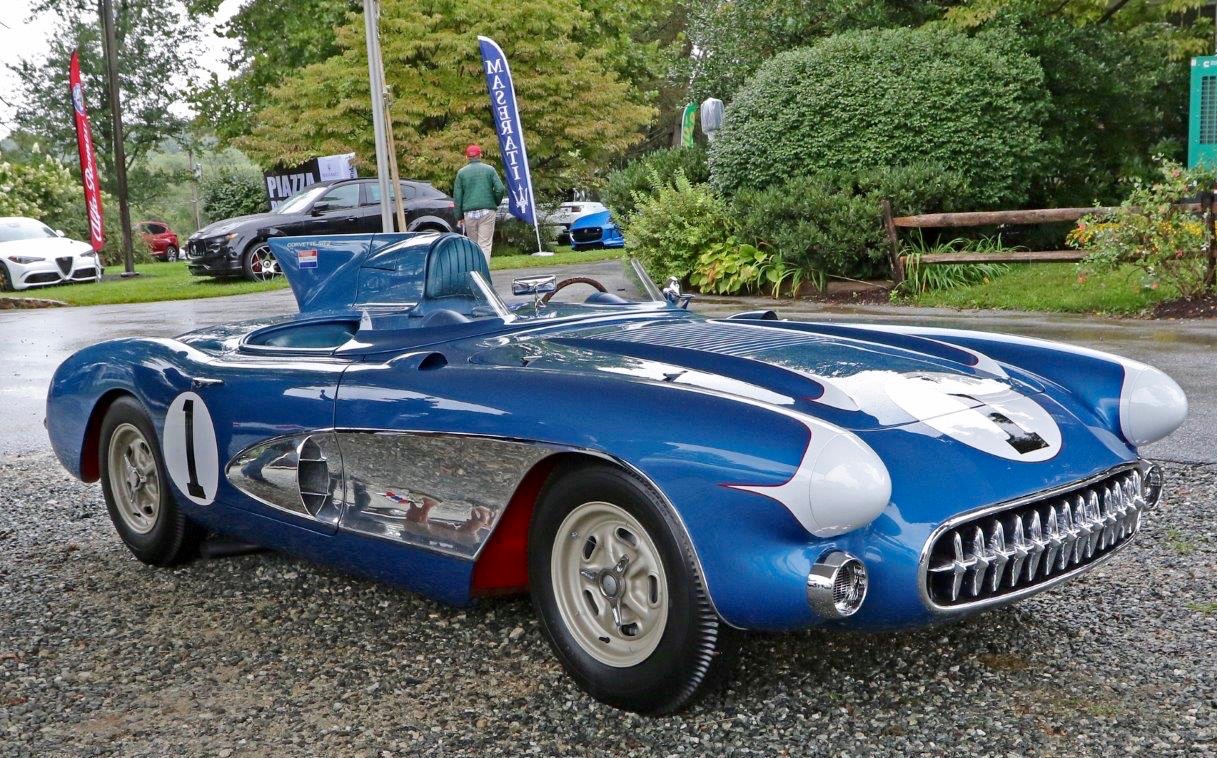 Just inside the Concours’ entrance, show goers were treated to two pieces of Corvette racing history. The first was Irwin Kroiz‘ ‘56 Corvette SR-2. Built by GM as a replacement for the Ferrari being raced at the time by Jerome Earl (Harley’s son), it was GM’s first foray into sports car racing. In the hands of multiple drivers, the car achieved success including the 1958 SCCA National Championship. 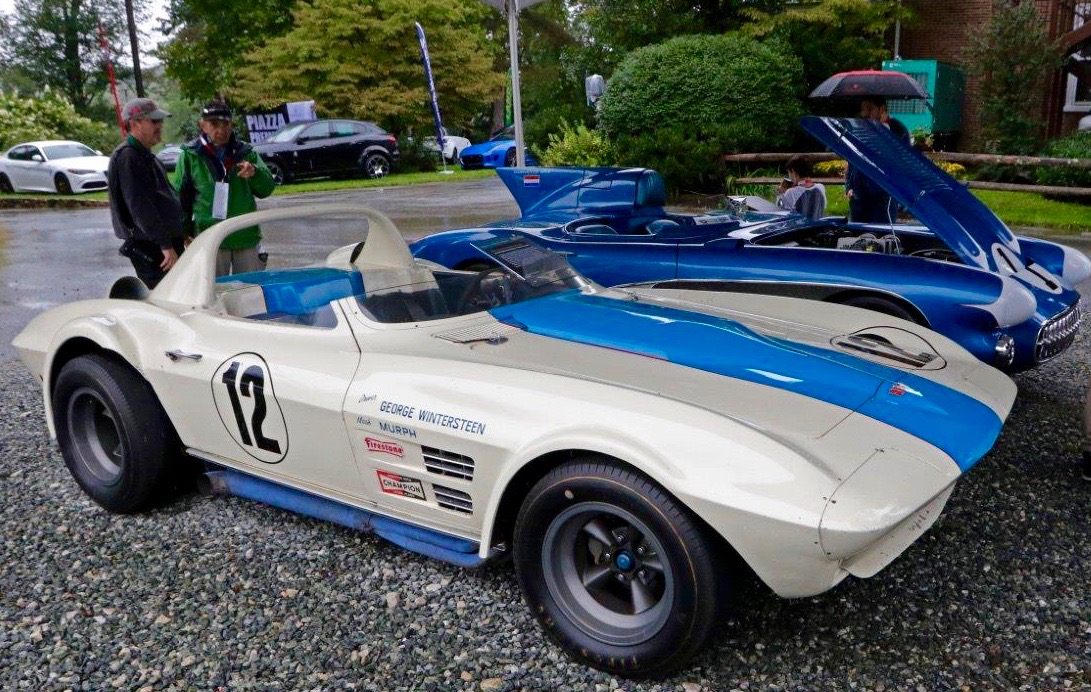 The second piece of history was the Simeone Foundation Museum’s ‘63 Chevrolet Corvette Grand Sport. One of five (or was it six?) pure racing Corvettes, the GS was envisioned by Zora Arkus-Duntov to take on the world. Limited racing success came before GM reaffirmed its anti-racing stance, silencing the cars. The Grand Sport will remain one of the great “what might have been” stories of the era. 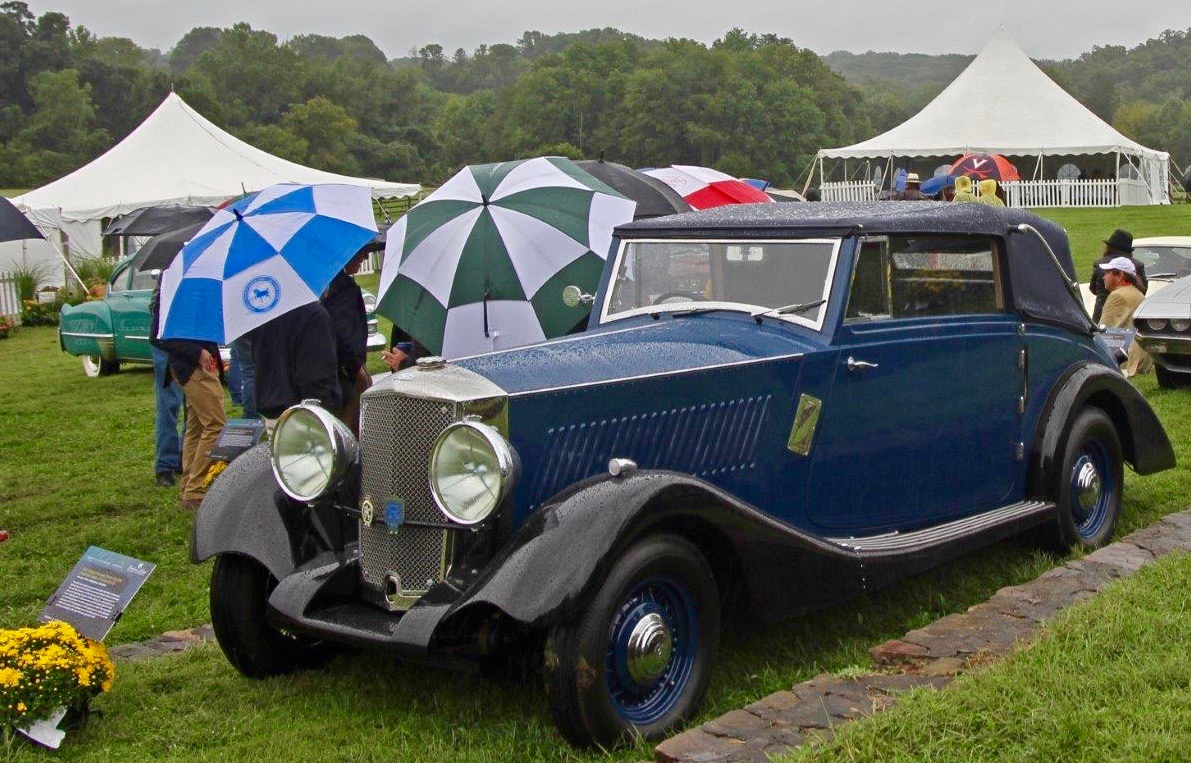 The idea of European Style/American Power was examined in detail at this year’s Concours. When the subject is discussed, often not mentioned is the British marque Railton. Named after land speed car designer Reed Railton, the cars were powered by Hudson Terraplane engines. Originally the Hudson chassis was used, later replaced by a bespoke chassis. Bodywork was fitted by an assortment of coachbuilders. The cars were quick with lightweight versions crowned the fastest production cars in the world in 1935. Thomas Wilson showed his ‘37 Railton Fairmile Three-Position Drophead Coupe with body by Coachwork Ltd. 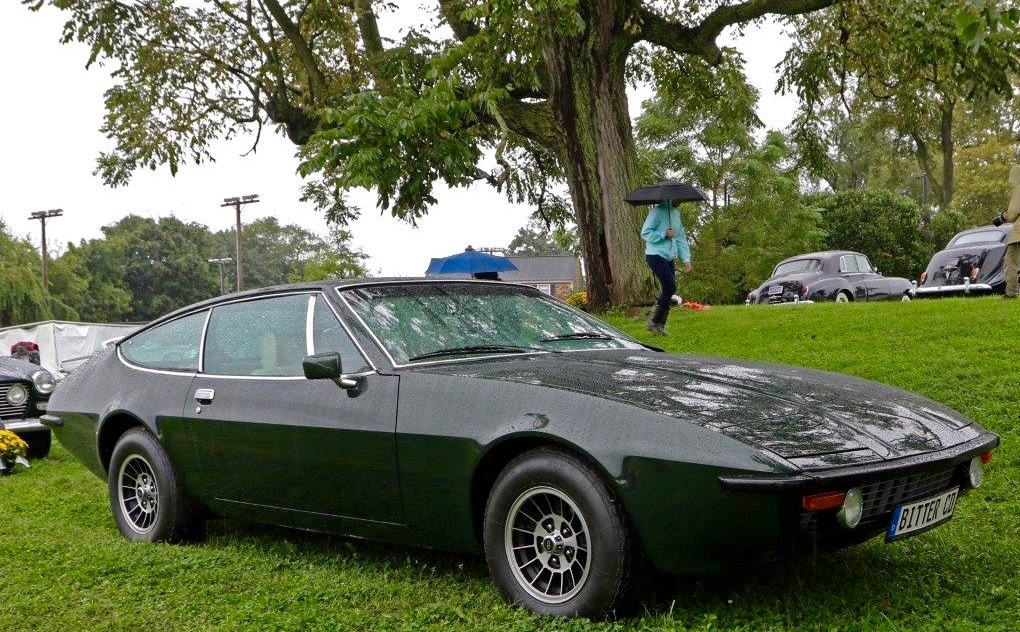 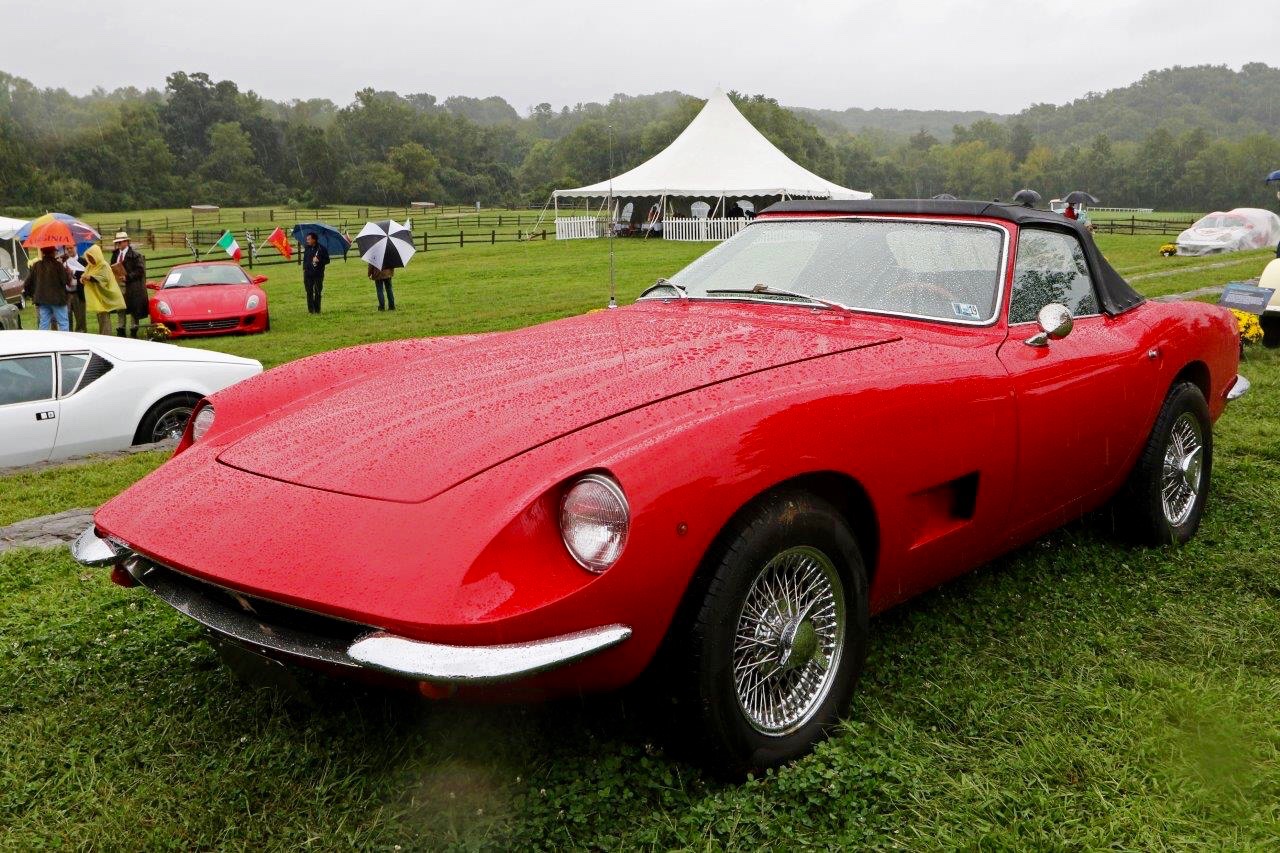 You may be familiar with this car under a variety of names including Italia and Torino. Regardless of the name the formula stayed pretty much the same: Styling by noted designer Robert Cumberford, chassis laid out by ex-BRM engineer John Croswaithe and driveline by Ford. Bodies were constructed by the Italian firm Intermeccanica. 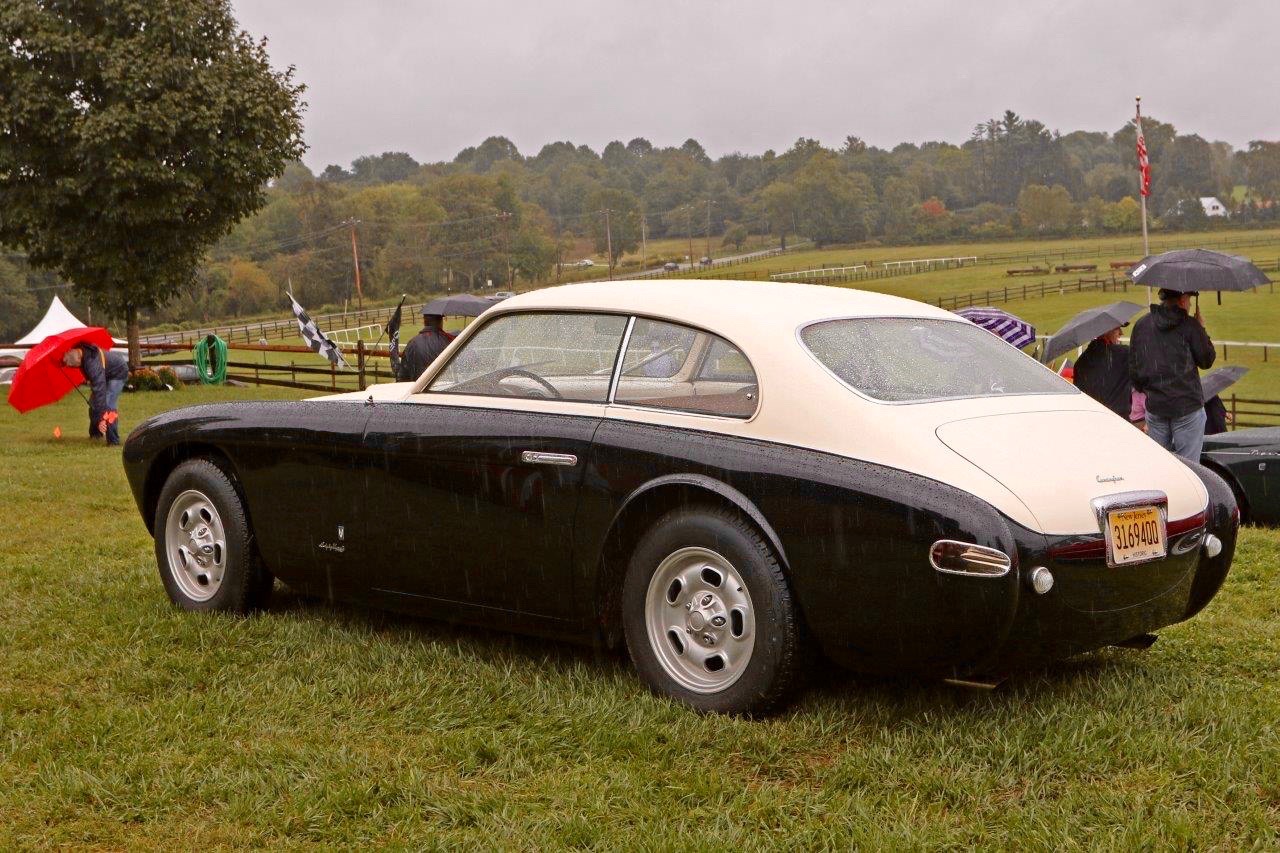 Briggs Cunningham’s intention was to build road-going versions of the cars he raced. Starting with a C-1 chassis, the frames were shipped to Italy where Vignale installed a bodies designed by Giovanni Michelotti. The result was a grand tourer rivaling Ferraris and Maseratis of the period. Unfortunately, the high cost of building the cars severely limited sales. Without a stream of road car sales and the resulting profitability, Cunningham was unable to show the IRS that his enterprise was indeed a business and not a hobby. This stunning coupe belongs to Joe Robillard. 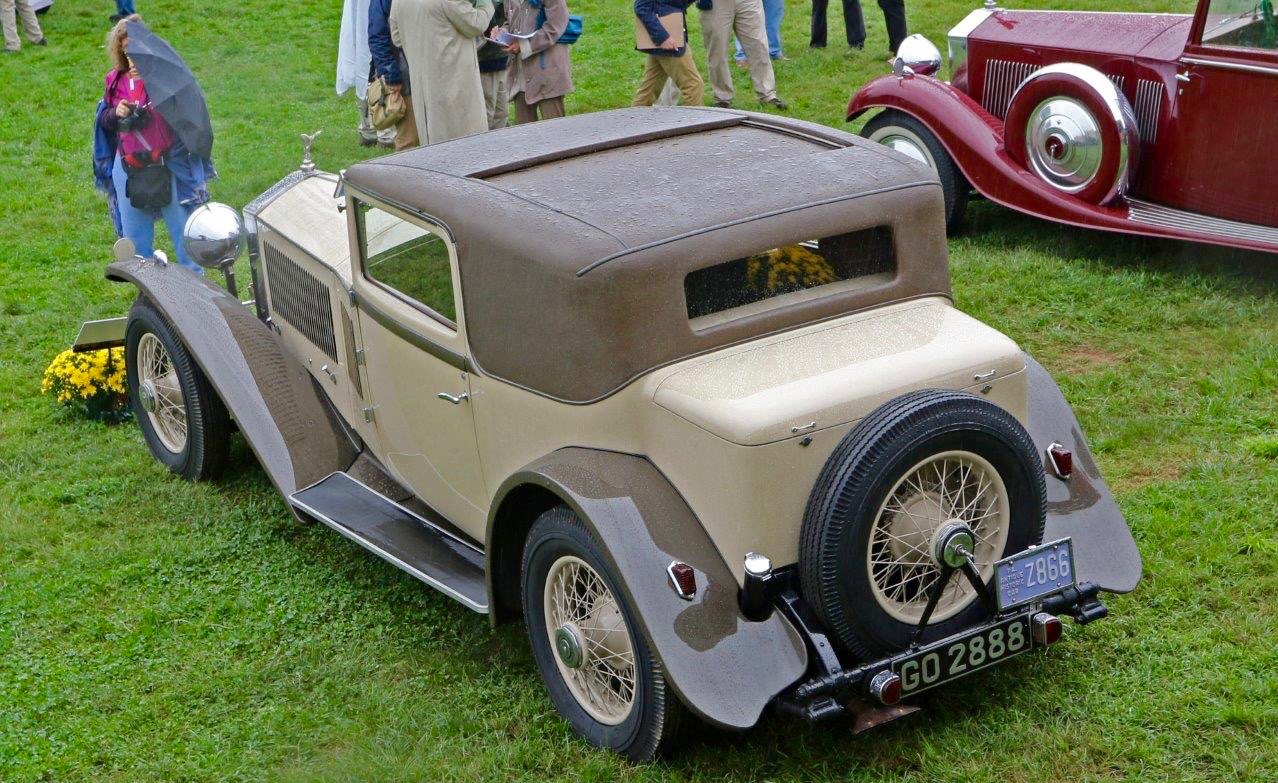 When you conjure up visions of a coach-built Rolls-Royce, you may think first of a car in which one was chauffeured. But that wasn’t always the case, as shown by Alice & Edward Ardis’ ‘31 Rolls-Royce Phantom II Continental Fixed Head Coupe, H. J. Mulliner. These were aimed at the owner to whom spirited driving, not simple transportation, was the objective. They featured aluminum bodywork and a more “compact” design. A sunroof supplied contact with the elements. The initial Rolls of this type was constructed for company co-founder, Sir Henry Royce. 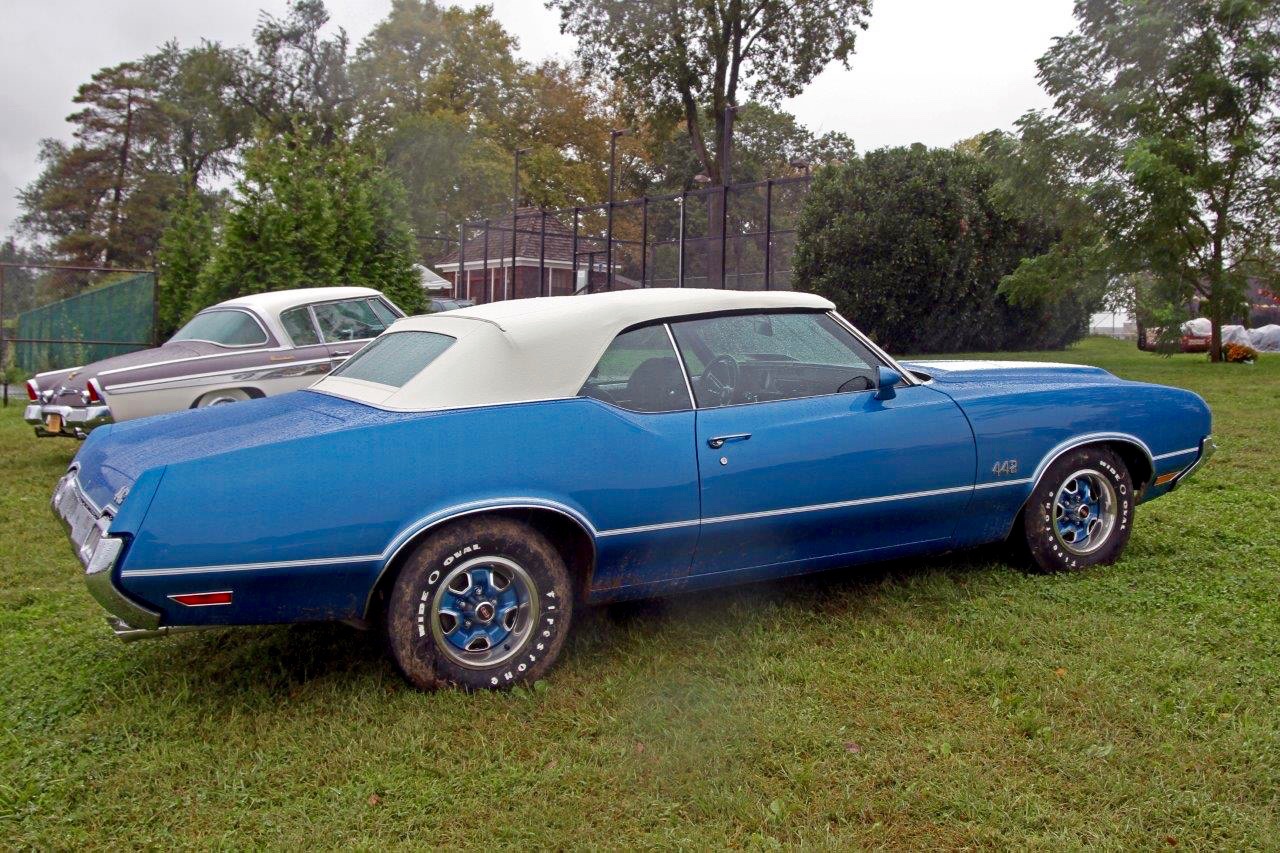 The Concours is titled The 100 Motor Cars of Radnor Hunt. But don’t let that title make you think the Concours lacks variety. It is a celebration of the automobile in all its various iterations. Jed Rappaport brought his ‘72 Oldsmobile 442 convertible. It has as much style and grace (and certainly performance) as a pre-war coach-built classic, just conceived and created in a different time. The car has been in and out of one family since new, but somehow always finding its way home! 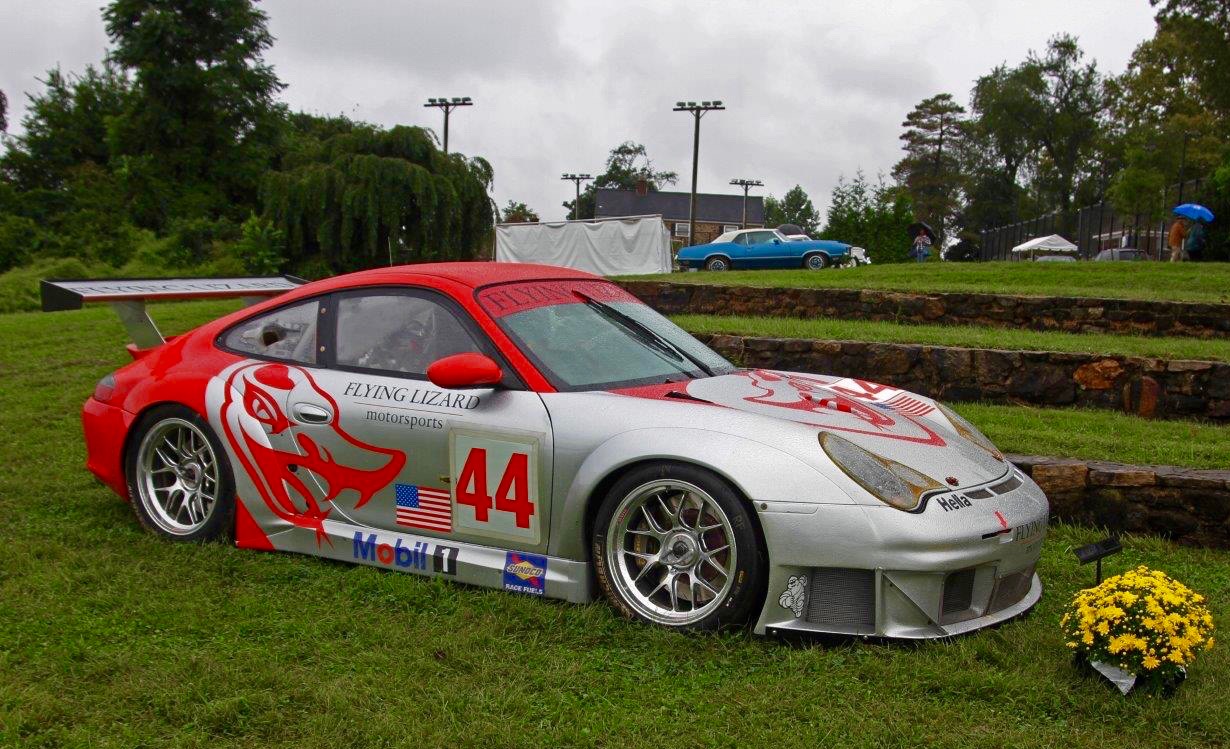 The ‘05 Porsche GT3RSR was certainly one of the newer cars at Radnor Hunt. Owned by Gary Kachadurian, the car sports the distinctive Flying Lizard livery. It has competed in twenty ALMS races and two Le Mans 24 Hour contests. The car’s next outing won’t be at a Concours or car show, but rather at the 2018 Rennsport at WeatherTech Raceway Laguna Seca. It will be great to see it return to its competitive roots. 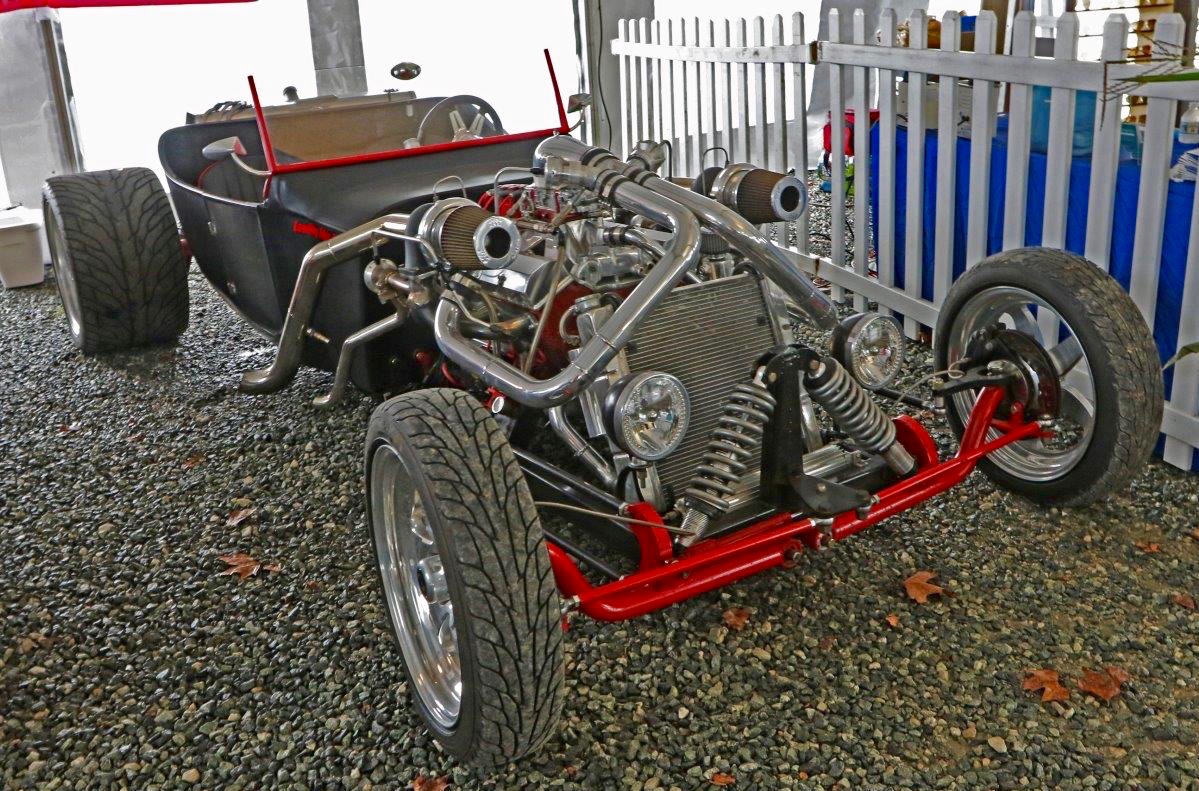 There is always something interesting in the Radnor Hunt vendor area. Leading Edge Autosport’s ’23 Ford T-roadster caught our eye. The car highlights its mechanical components while minimizing anything remotely approaching creature comforts. Just about everything is custom-built including the unique IFS and steering. It had a little Track-T vibe but without any ties to tradition. 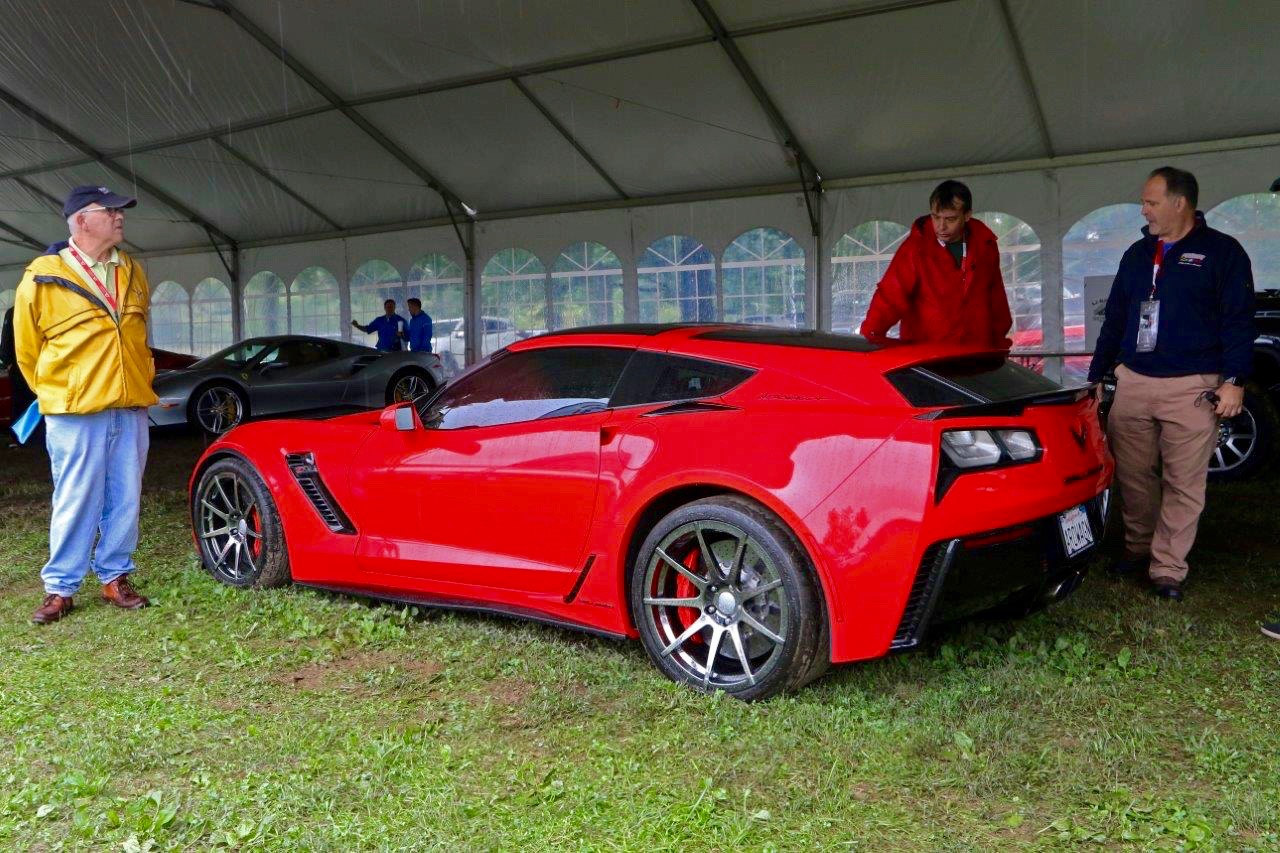 Another vendor area car of note was this Callaway AeroWagon conversion. Designed to fit a C7 Corvette, it replaces the stock hatch with a carbon fiber hatch assembly that resembles a “shooting brake” or Count Volpi’s Ferrari “breadvan”. Quoted price was in the vicinity of $15,000 installed.

Special thanks to Mike Tillson, Concours Chairman and Mike Whelan, Vice-President/Marketing & Public Relations Chairman, for their assistance. All in all, a great show despite the weather, which at times made one think of building an ark! 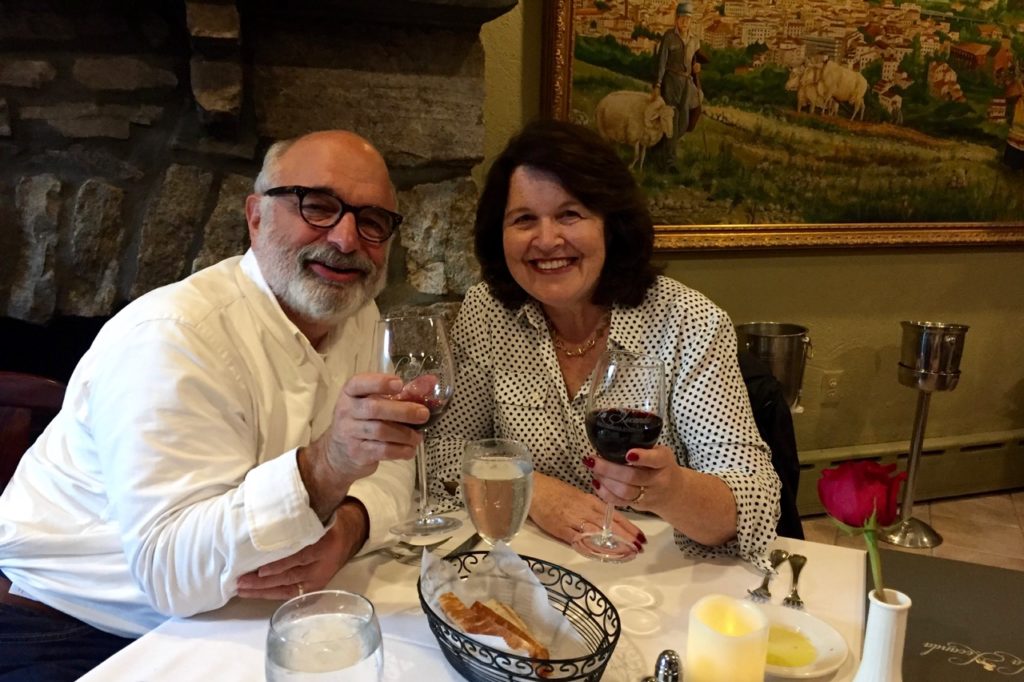