Skip to content
Charity-driven GP has donated in excess of $4.35 million since 1983 to support Autism and educational organizations. 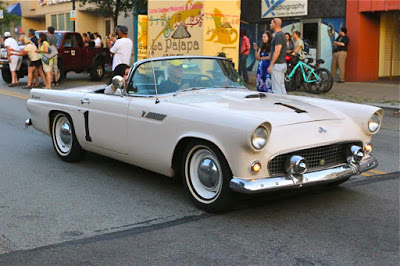 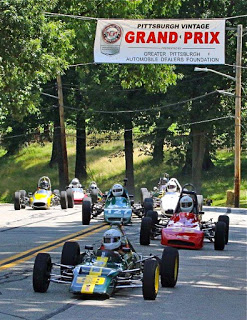 This year’s Grand Marshall was Anatoly “Toly” Arutunoff, racer, author and consummate car guy. Don’t let his ‘55 Thunderbird fool you, it’s a veteran of the European historic rally circuit and he raced it over the weekend.

The Royale Formula Ford Challenge marked a return of open-wheel, single-seat, purpose-built racecars to the PVGP. They did not disappoint, as Christian Morici would lead virtually from the drop of the green flag, taking the win and setting a new course record in the process.

Anticipation runs high early on Saturday morning as the Pre-War/Select MG-T Series cars take to the track for the day’s first session. These cars create a time warp back to the infancy of U.S. sports car racing. Other than MG vehicles are invited to participate in this class. Peter Patterson’s Allard J2X, below, moves through “Westinghouse Turn” with the sun still on the horizon. 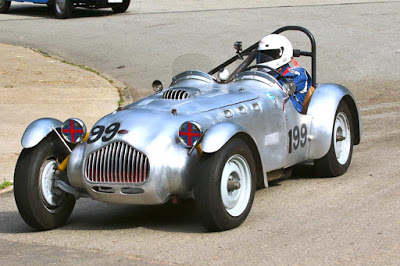 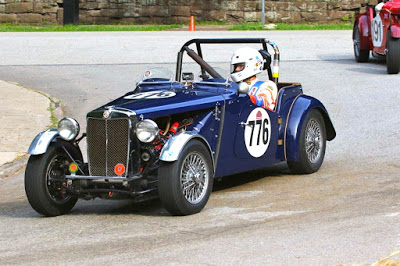 To recognize those who have helped make the PVGP a premier event, the Legends of Schenley Park recognize drivers who have competed at least 15 times. Among them was MG TD racer, Manley Ford who in addition to a 23 year run at the PVGP is also one of the guiding lights behind next month’s Put in Bay Road Races Reunion. 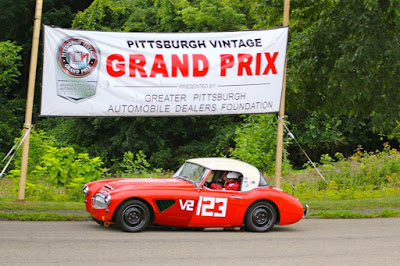 Walt Peterson and his Austin Healey flash under a PVGP banner. The vintage races at Schenley Park marked the conclusion to ten days of car related events throughout the Pittsburgh area. This year marked the thirty-fourth anniversary of the PVGP. 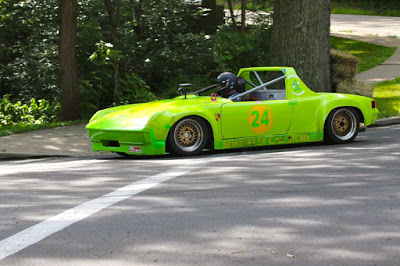 Scott Ryan moves onto the start/finish straight. “Straight“ is something of a misnomer. Rather than straights and turns, the PVGP Schenley Park circuit seems to have curved, curvier and curviest sections. Ryan’s racer is very distinctive with its lime green paint and RHD. The original builder felt it provided an advantage in seeing corner apexes converted it to RHD. 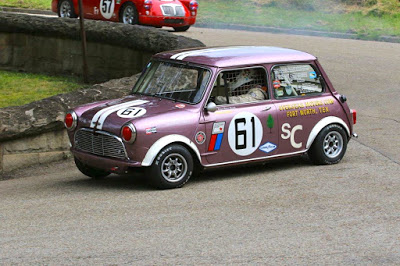 Robert Hoemke traveled from Texas with his Mini Cooper that had won three consecutive SCCA National Championships in the late-1960s. Mexican driving sensation Pedro Rodriquez once drove it in an SCCA Regional. In period it was sponsored by of Fort Worth’s Overseas Motors. 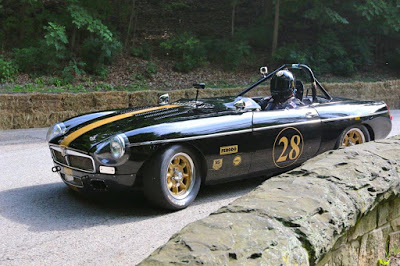 Local racer Mike Zappa was inducted into the Legends of Schenley Park for his over twenty years of participation. Zappa negotiates the lower section of the “Serpentine” in his MGB, carefully threading his way between stone walls and hay bales. 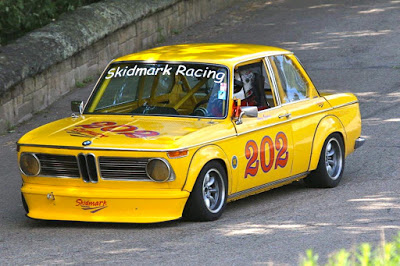 Saturday afternoon saw the running of the Porsche BMW Challenge that brought together a dozen examples of the storied marques. After ten laps, Perry Genova won in his BMW 2002. If one applied F1 scoring to the event, final results would end up as Porsche 54, BMW 47. 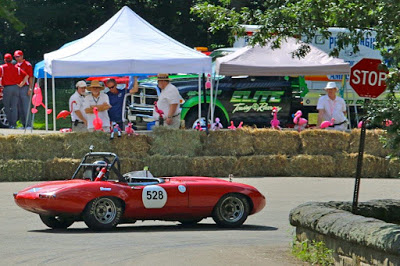 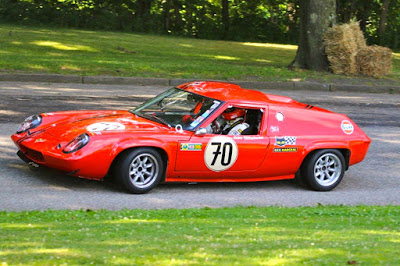 Luke Bittenbinder, a Pittsburgh native now living in South Carolina, returned this year with his Lotus Europa. To stuff his 6’3” frame into his racecar, Luke has added Gurney Bubbles to the roof and modified the steering and brake box. 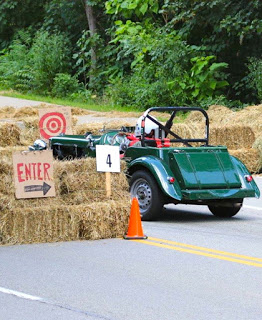 A hay bale chicane slows the cars on the longest straight. The “target” is an inside joke. At the end of the weekend, it is presented to the driver responsible for doing the most hay-related damage. Here Mark Sherman is more successful than most, negotiating the obstacle in his supercharged MG TD.

Special thanks to Susan Gera, Dan DelBianco, Stephen Weber and the entire PVGP Family for their help, courtesy and hospitality throughout the weekend.