A radical new sports car, the 1962: MUSTANG I CONCEPT, confirmed that the only constant at Ford in the early-1960s was change! 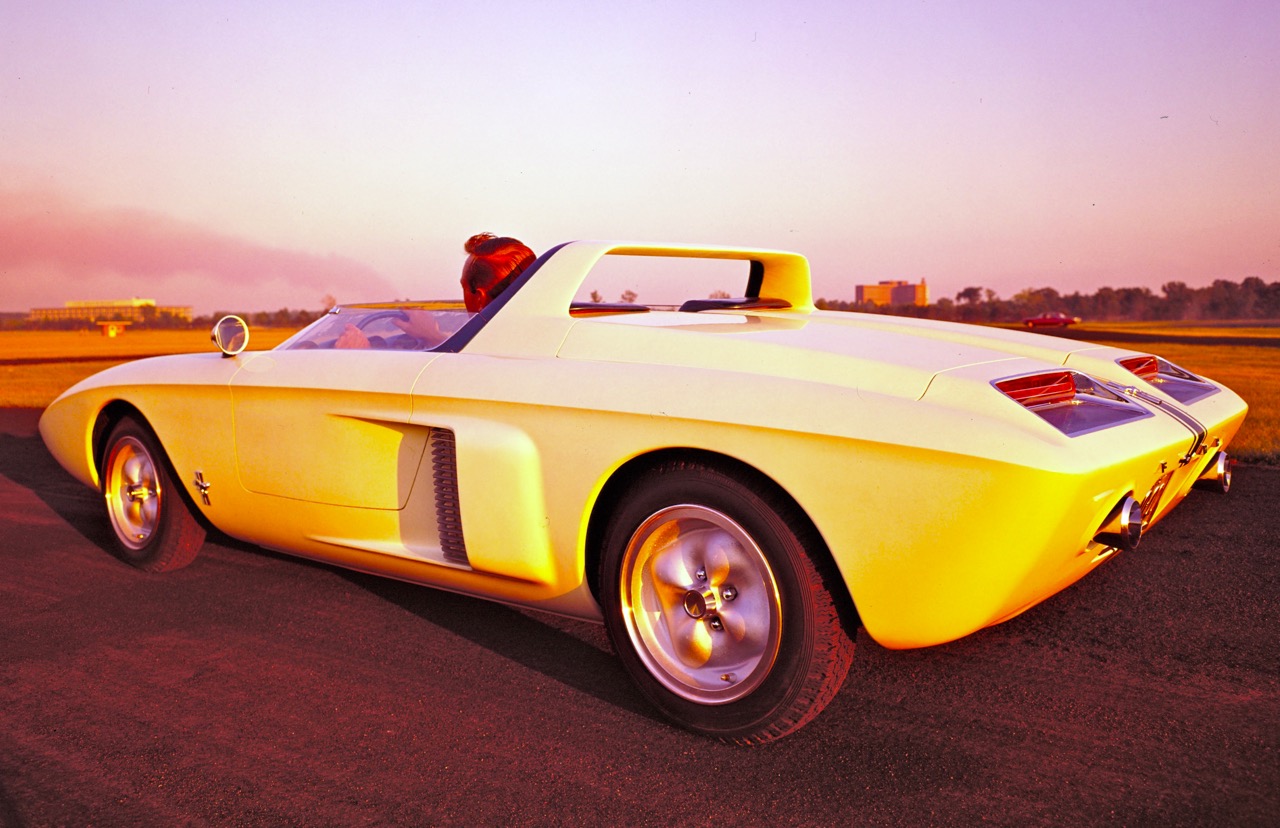 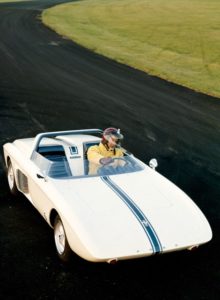 Known internally as Project W-301, Mustang I was a concept for a serious sports car that would have little to do with the production Mustang that would surface two years later. Championed by Ford general manager, Lee Iacocca, and styling chief, Gene Bordinat, the 1962: MUSTANG I CONCEPT was conceived to give Ford a sporty, hip image, and test the waters for a future sports car. It did everything it was supposed to do and, more importantly, Mustang I laid the groundwork for what would become the game-changing GT40 racecar. GT40 variants would put Ford on the podium at Le Mans for four consecutive years – 1966-1969!

Troutman and Barnes created the Mustang I tubular steel space frame and stressed aluminum body and full-length belly pan, per specifications supplied by Ford Design and lead engineer, Roy Lunn. Lunn, a chassis engineer who joined Ford from Aston-Martin, would later head the team that produced the GT prototype, GT40 and Mark IV.

With its aerodynamic body and full belly pan, the 1962: MUSTANG I CONCEPT benefitted from extensive time in a wind tunnel and Computer Aided Design (CAD) – a first at Ford. Its full belly pan eliminated wind resistance typically caused by crossmembers, springs, steering components and suspension brackets. Four adjustable coil-over spring-shocks finished off the four-wheel fully independent suspension. Chassis rigidity was further enhanced by a built-in roll bar and fixed-mount bucket seats. An adjustable steering column and pedals with four inches of travel (carried over to the GT40) insured a comfortable driving position. 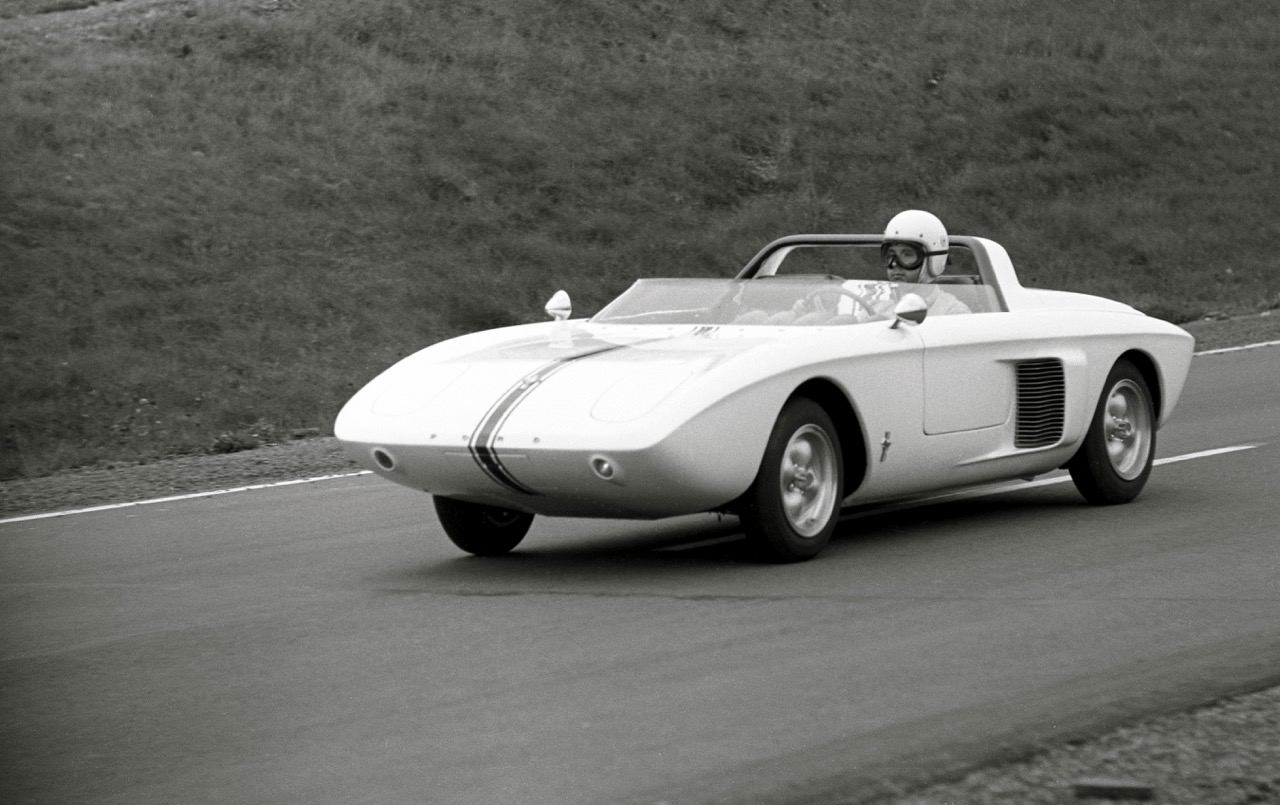 One of Lunn’s goals was to set the standard for a 1.5-liter sports car that could be raced in SCCA-FIA events. He chose the compact German Ford Taunus 12M 60-degree V-4, midship-mounted with a four-speed transaxle. Ford Engineering built two 11-to-1 compression 91-cubic inch engines: one with a single carburetor for the road, rated at 89 horsepower at 6,500 rpm and a track version with a pair of Weber two-barrel carbs, rated at 109 horsepower at 6,500. At 1,544 pounds, the 90-inch wheelbase track-engined Mustang I could sprint from 0 to 60 mph in under 10 seconds and with a top speed in excess of 100 mph.

Constructed in approximately 100 days, the Mustang I was debuted to the public on October 7, 1962 at the United States Grand Prix at Watkins Glen. Dan Gurney hot-shoed the Mustang I around the track and spectators went wild. Ford followed with successful reveals at Laguna Seca and Daytona before shipping it for media and public events in Europe. The “100-day-wonder” Mustang I was an overwhelming success at many marketing and engineering levels, not the least of which was Mustang brand exposure.

To keep up with Ford high-performance vehicles and activities, please visit and bookmark, https://performance.ford.com/