According to Michael Accardi at GM INSIDE NEWS, the myth is real and mid-engined Corvette production is slated for January 2019. 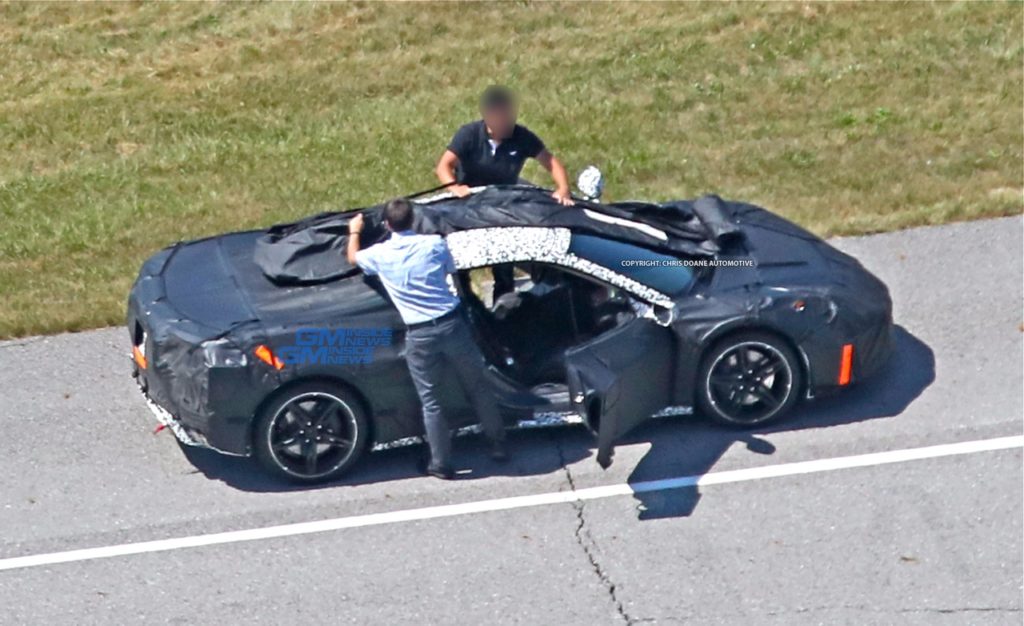 Moving the Corvette’s motor to the middle has been an idea General Motors has hung onto ever since Zora Arkus-Duntov almost made it happen in 1960. His mad brilliance has left behind a long legacy of dreamy concepts both from his time at GM and after. Unfortunately, the idea was always dismissed as too expensive and boutique both for the company from an economics standpoint, and for the Corvette’s traditional clientele in terms of what they want.

Well, contemporary thinking seems to have shifted at GM. That’s a real, live, mid-engine Corvette – and photos reveal engineers expeditiously trying to conceal it after the sharp shooting drone was spotted overhead. This prototype looks much more advanced than the clunkier mules out testing earlier this year, and for the most part, its sheet metal looks production ready.

To read the complete story with lots more images of the Mule being tested, please visit http://www.gminsidenews.com/articles/the-mid-engine-corvette-starts-production-in-january/