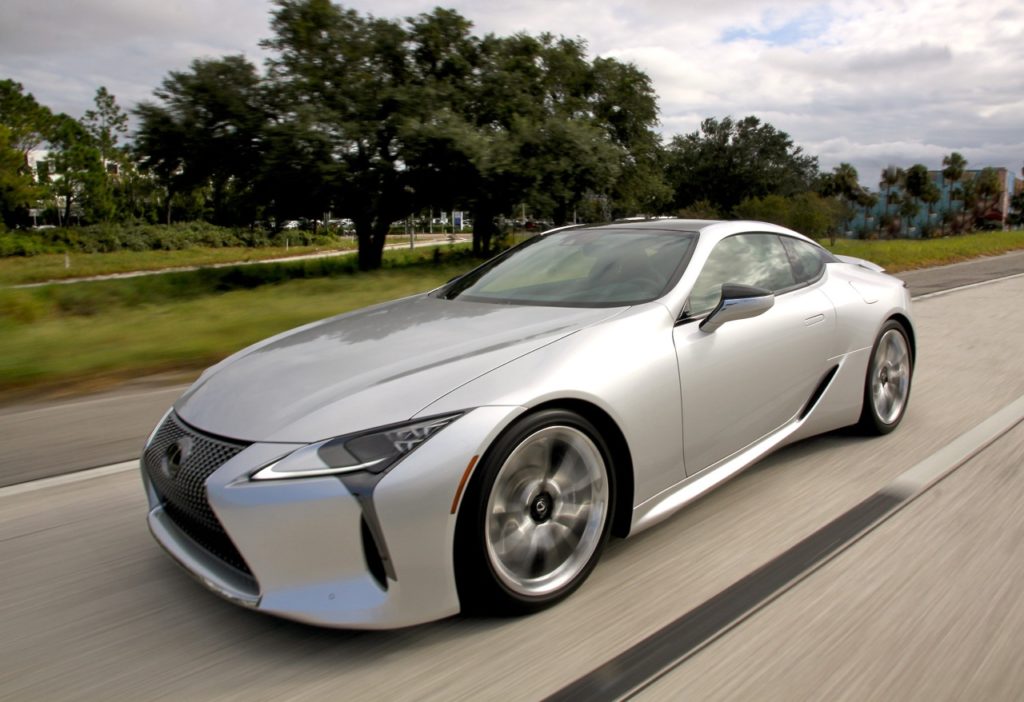 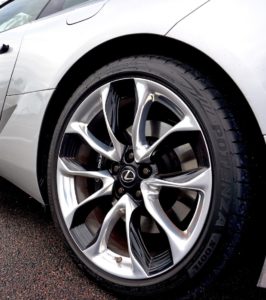 For the select few of us who still crave the automotive dinosaur that’s the big-engined GT Coupe, the new Lexus LC500 is one glorious nostalgia trip. See it in the metal and it’s simply beyond gorgeous. It has curves on its curves, rear flanks bigger than Sea Biscuit’s and a windshield so swept back it verges on the horizontal. Its hood is so long, the leading edge could be in a different zip code!

And for some strange trick of the eye, that much-maligned spindle grille actually works on the nose of the LC, adding even more visual drama to a body teeming with the stuff. Park this sexy $93,000 two-door super coupe outside your local Starbucks and the line to gaze at its lines will be longer than the line for a pumpkin-spice latte.

While the hood is crammed full of 5.0-liter old-school naturally aspirated V8 packing 471-horsepower and mated to a new 10-speed automatic, the LC is definitely more of a cruiser than a bruiser. Much of that is down to the car’s chunky waistline. Tipping the scales at over 4,280-pounds, it’s as chubby as a Merc E550 four-door. Weight-saving was never part of the master plan as you can see from the car’s over-engineered, I-beam, rigid steel chassis. 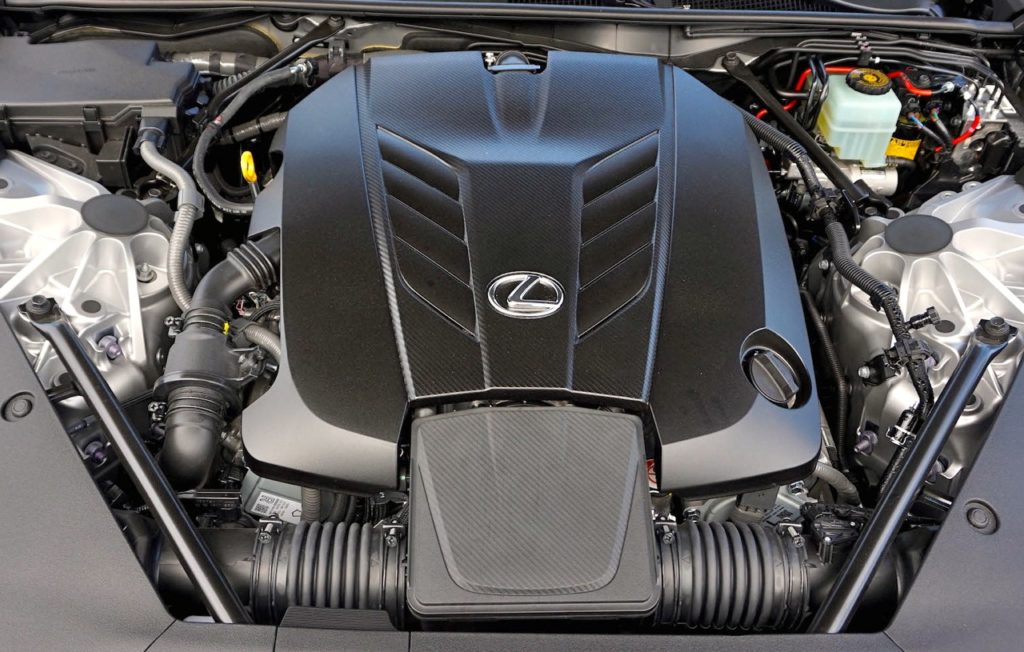 That said, the Lexus is more than capable of hoisting its skirts and picking up the pace. The sprint from standstill to 60 takes 4.6 seconds – a rival Jaguar F-Type R Coupe does it in 3.3 seconds – but the Lexus feels quicker than its numbers suggest, thanks to the rapid-fire shifting of that 10-speed automatic and the V8’s glorious soundtrack. Want more? There’s a thundering 600-hp LC F coupe waiting in the wings to throw down the gauntlet to the hard-core AMG and M crowd. 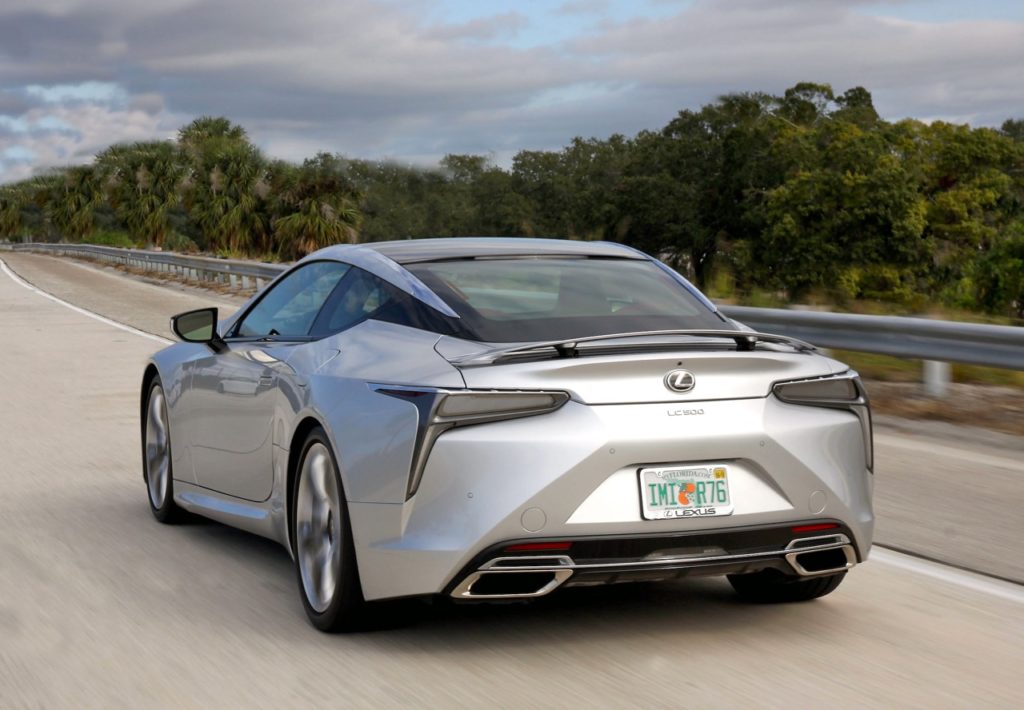 But for most buyers – me included – 471 horsepower and 398 pound-feet of torque is plenty for grand touring duties, covering big Interstate mileage at lofty velocities in hushed silence. Yet despite its gran turismo persona, it is definitely a capable curve-carver. Twist the funky tubular control sprouting from the side of the instrument cowl – a nod to Lexus’s LFA supercar -and you can select one of six driving modes.

You’ll want Sport or Sport-plus to sharpen-up the electric-assist steering, transmission, adaptive suspension and the response of the V8. Then you can punch the car through tight corners and fast sweepers and feel as if it’s running on rails. Grip from our test car’s 21-inch Michelin Pilot Super Sport run-flats was little short of sensational. 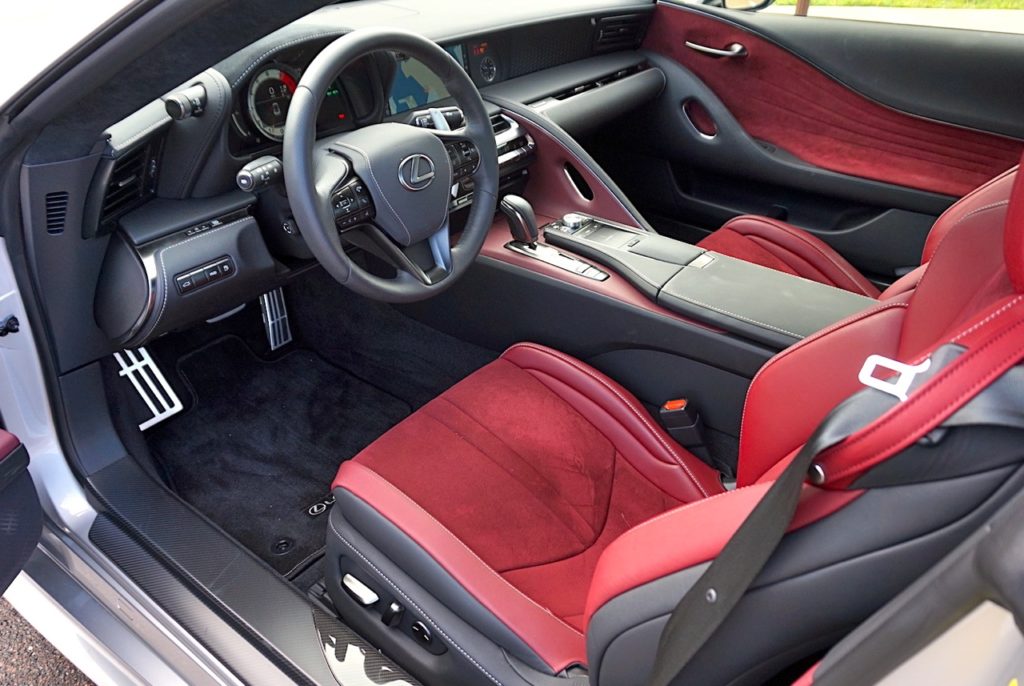 And you can enjoy all the action seated in a cabin that positively oozes style, elegance and luxury. Everything is a tactile joy, from the wing-shaped Alcantara suede inserts in the doors, to the exquisite hand-stitched leather, to the magnesium paddle shifters, to the bolt-action switchgear. Yes, there are seats in the back, but no human form is designed to ever fit. Best use them for extra storage for those Louis Vuittons to compensate for the car’s miserably minuscule trunk – one of the car’s few miscues. 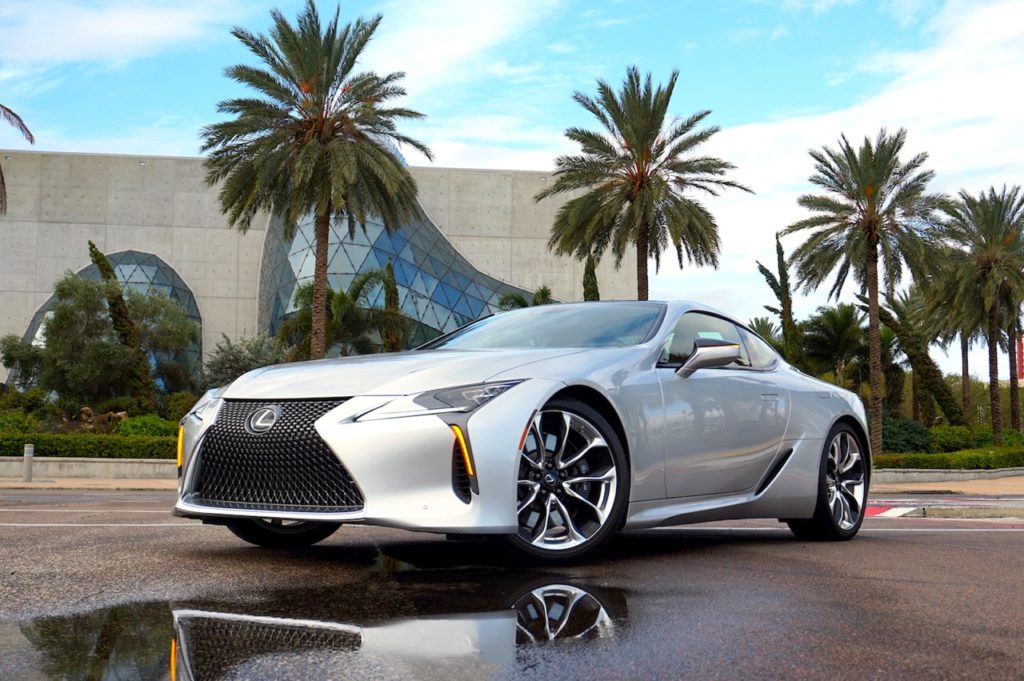 While the LC500, and its eco-weenie sibling, the LC500h hybrid, are never going to set the luxury coupe market on fire – combined monthly U.S. sales are struggling to top 250 – that is part of its huge appeal. Exclusivity is good, right? And even at $92,975 for the LC500 – the hybrid 500h adds $4,500 – the car feels unique, aspirational and truly special. 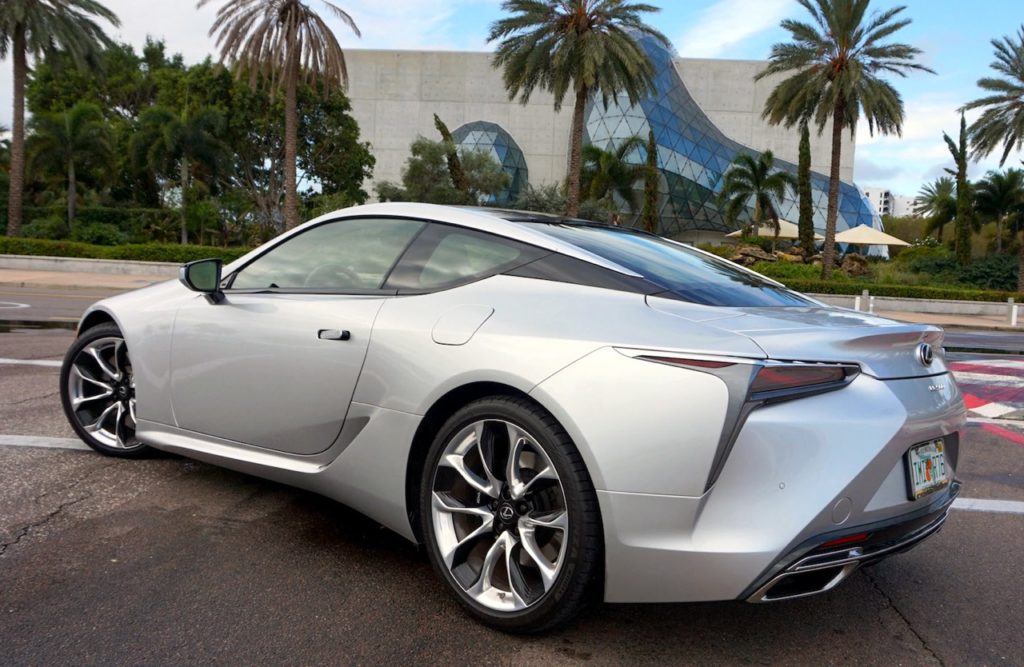 Interestingly, in the week I spent with the LC500, I happened to spot a brand new $212,000 Aston Martin DB11 parked in a lot and swooped in alongside for a side-by-side comparison. Amazingly, it was the Lexus that stood out; the Lexus that had the sexier lines; the Lexus that made me want to get in and drive.

Now that was a surprise!

For more information about the Lexus LC500, please visit https://www.lexus.com/models/LC