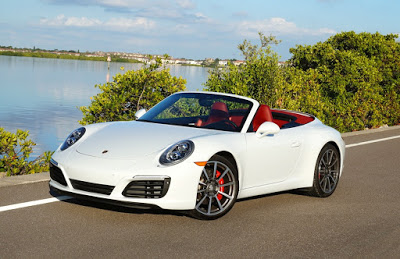 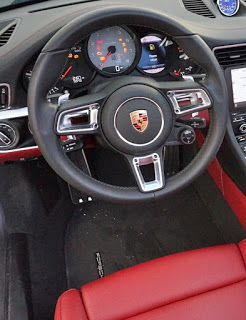 If you love cars, no really love cars; if you love the thrill of being swept forward on a tsunami of acceleration; love twirling a steering wheel so precise and responsive in its action it could be hard-wired into your gray-matter; love sitting in a driver’s seat that fits you tighter than a pair of Spanx, then you need to drive a Porsche 911.

Any 911 will do. Heck, they’ve been building them since 1963 so there’s no shortage of standout models to choose from. Some are better than others, naturally. But every one is a thrill-ride in its own way, each with its own distinct character.

Over the years I’ve been lucky enough to grip the wheel of a fair few. Memories of trying to tame the cruise missile that’s the 930 Turbo from the late-1970s still tremble my knees. Driving Steve McQueen’s slate-gray ‘69 911S Coupe, with his son Chad in the passenger seat? Ditto. 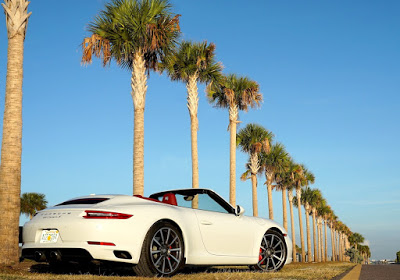 Then there’s the 1982 911 SC Targa I owned back in the 1980s. A midnight thrash along Paris’ rive droit, top stowed, the scream of its flat-six ricocheting off the tunnel walls, Eiffel Tower in the rear-view. Magical. Just magical.

I know, the word ‘icon’ is way overused these days. But for me, and millions of Porscheistas,  the 911 is the undisputed icon of the sports car world. And painstaking, continual improvement makes today’s 911s better than anything that has gone before. 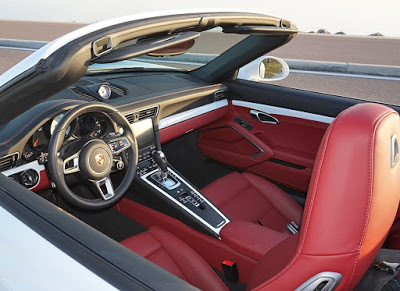 Take the ‘17 911 Carrera S Cabriolet I’ve been piloting. This $115,700 bundle of open-air joy is just the latest example of how white-coated Porsche engineers have continued to evolve, and hone, and refine this iconic two-seater.

In the quest for better fuel economy and lower emissions, the previous 911’s 3.4 and 3.8-liter flat-six engines have been jettisoned. Instead there’s a shiny-new 3.0-liter flat-six equipped with not one, but two turbochargers. 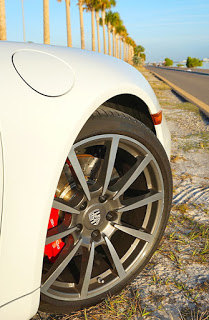 Yet despite the reduction in engine displacement – 3.8 liters down to 3.0 – our Carrera S punches out an extra 20 ponies to take the corral up to an impressive 420 horsepower. And whereas the old 3.8 was good for 325 pound-feet of torque, this new turbo-six delivers 368 pound-feet of twist. But that’s only half the story. Whereas the 3.8 delivered its maximum thrust at a lofty 5,600 rpm, this new motor unleashes its full quota of torque from a mere 1,700 rpm.

That hugely enhances the drivability of this latest 911. Now when you step on the gas, especially when you’ve opted for the lightening-fast seven-speed PDK double-clutch automatic, response is light-switch immediate. 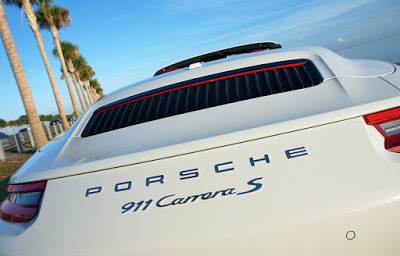 Alas, only a 911 aficionado will be able to distinguish this newest 911 from its predecessor. Porsche’s 60-year 911 philosophy of evolution-not-revolution continues here. Yes, there are new four-spot LED headlights, larger front air intakes, a redesigned rear deck air intake, and some fancy new 20-inch alloys, but the car looks essentially the same as before.

But to drive this thoroughbred is to absolutely adore it. And to adore it even more is to drive it roof down. All it takes is 13 short seconds for the tight-fitting canvas top – eye-popping cherry red in the case of our tester – to scoot backwards. 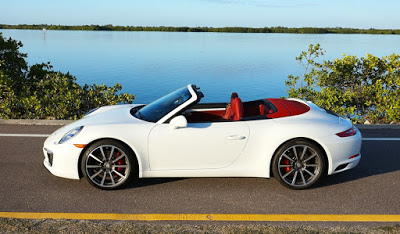 New-generation Porsches have always been sensational to drive, and this latest Carrera S only raises the bar. The car’s electric-assist steering never feels anything less than scalpel-precise, and the poise, the balance; the sheer agility of the car when hammered through curves is breathtaking. It’s as if the 911 has grown up, matured, upped its sophistication. You feel it in the amazing suppleness of its ride – hit a pothole and the car’s I-beam-stiff body structure just shrugs it off.

People often ask me what car I’d buy, money no object. And my answer is always the same: Porsche 911. Driving this latest turbo Carrera only reinforces that choice. You should try one.