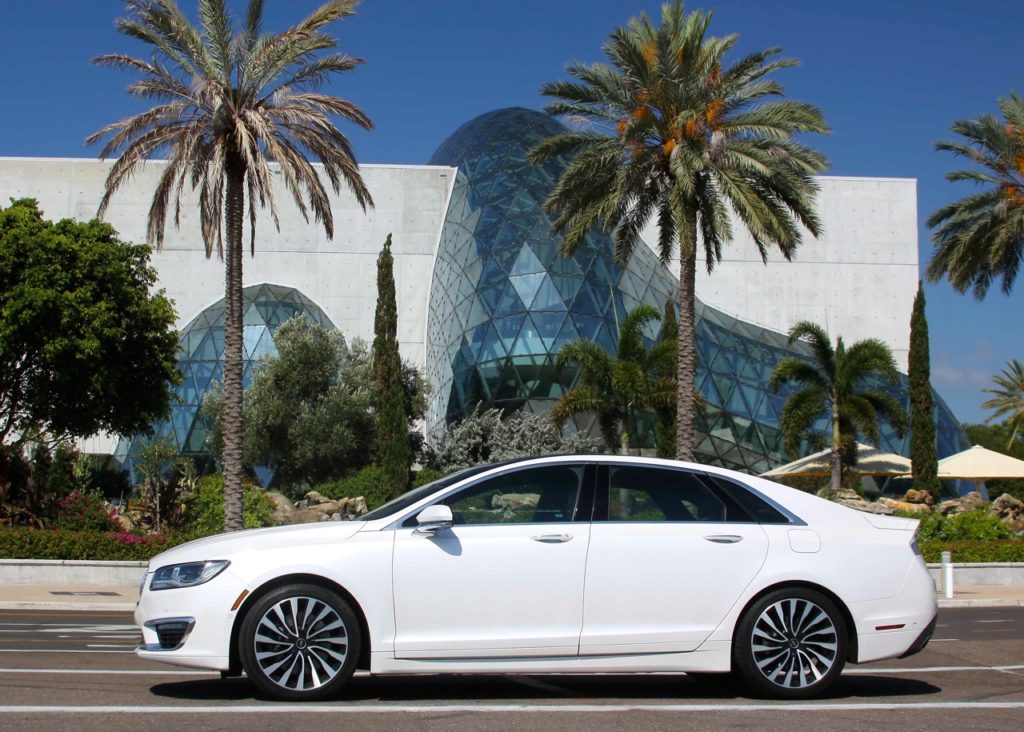 Not since Abe was in the White House has there been a Lincoln with this much power.

For 2017, those artisans at the Lincoln Motor Company have endowed their stylish MKZ mid-size sedan with a honking 400-horsepower 3.0-liter twin-turbo V6. That’s the equivalent of strapping an Exocet rocket to the back of a kid’s Radio Flyer wagon.

Pedal-to-the-metal this new MKZ 3.0T AWD can whoosh from zero to 60 mph in under five seconds. That’s quick. That’s hooligan-quick. Quick enough that you’ll be needing a Lincoln lawyer!

Thankfully it’s blessed with all-wheel drive – the basic MKZ is a front-wheel driver – so it won’t sit there at the stop light “fricasseeing” the front tires if you give it too much juice. Perhaps more relevant for daily fun driving is the motor’s muscular 400 pound-feet of torque that makes this leather-lined Lincoln a master of swift, safe passing, right-now responses, and hushed highway cruising.

Alas the biggest, but perhaps only drawback, is price. This so-called GTDI engine is a whopping $4,000 upgrade over the base, yet still feisty, 245-horsepower 2.0-liter turbo Four. 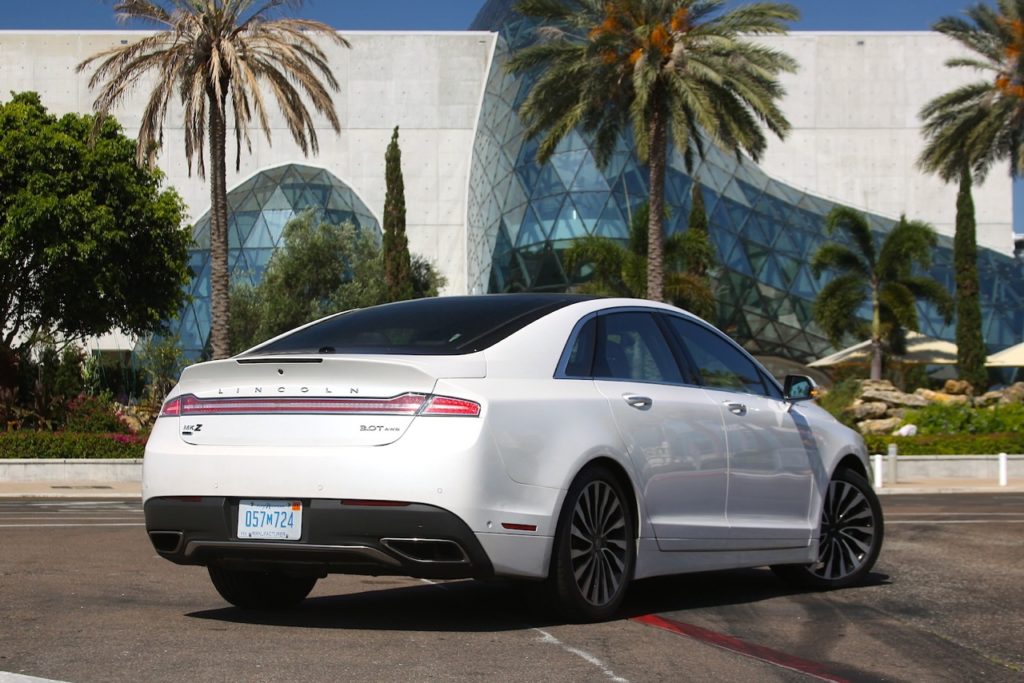 In my humble opinion, Lincoln’s mistake was perhaps not making this a take-it-or-leave-it, stand-alone model – the 3.0T AWD 400 – rather than letting buyers chose if they want to spend big on the big engine or even all-wheel-drive. Both are options on the MKZ. But heck, it’s only money. And having 400 horseys under your right foot is like downing a triple espresso after a lifetime of decaf!

In addition to the new engine, 2017 model year MKZs come with a bit of a makeover. This second-gen version – the original MKZ dates back in 2013 – gets the front-end design from the new Continental. 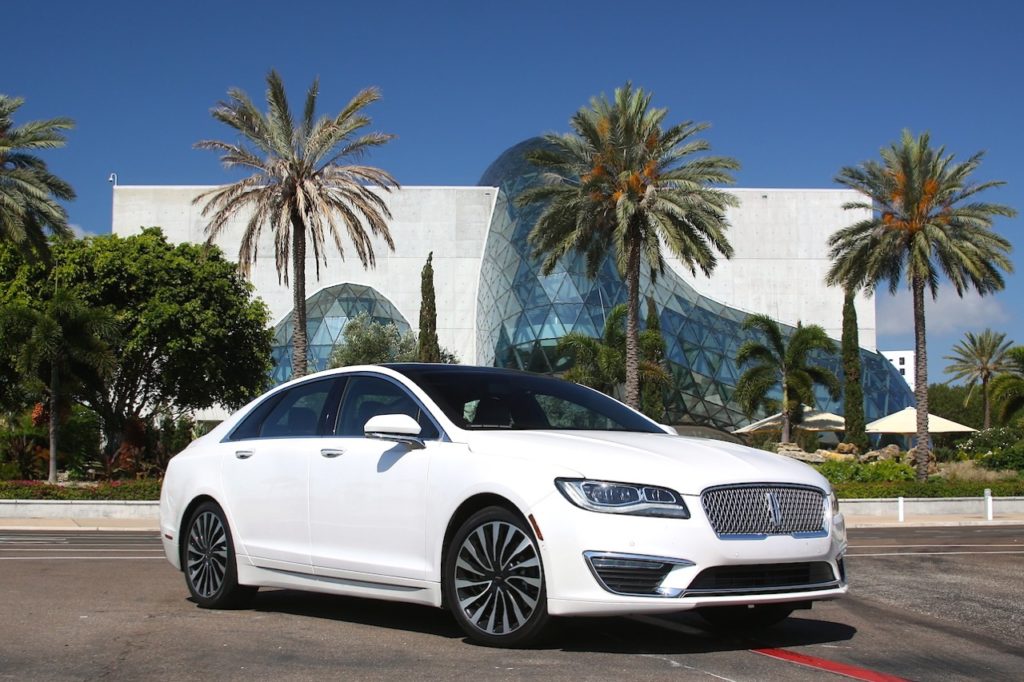 Gone is that toothy, baleen whale face, which contrary to popular opinion, I actually kinda liked. In its place is something that looks like it came off a Jaguar XJ. Worse-still a Subaru. But the new adaptive headlights and LED daytime running lights look very cool and will guarantee it gets head-turns in the valet park line.

I’ve always thought the MKZ to be a bit of a sleeper in the mid-size luxe sedan world. Too much Euro competition from the likes of Mercedes’ E-Class, Audi’s lovely A6, Jaguar’s XF have eased it off shoppers’ shopping lists. Even new kids, like Infiniti’s excellent Q50 and Hyundai’s super-refined Genesis G80, plus Cadillac’s CTS have pushed it aside. 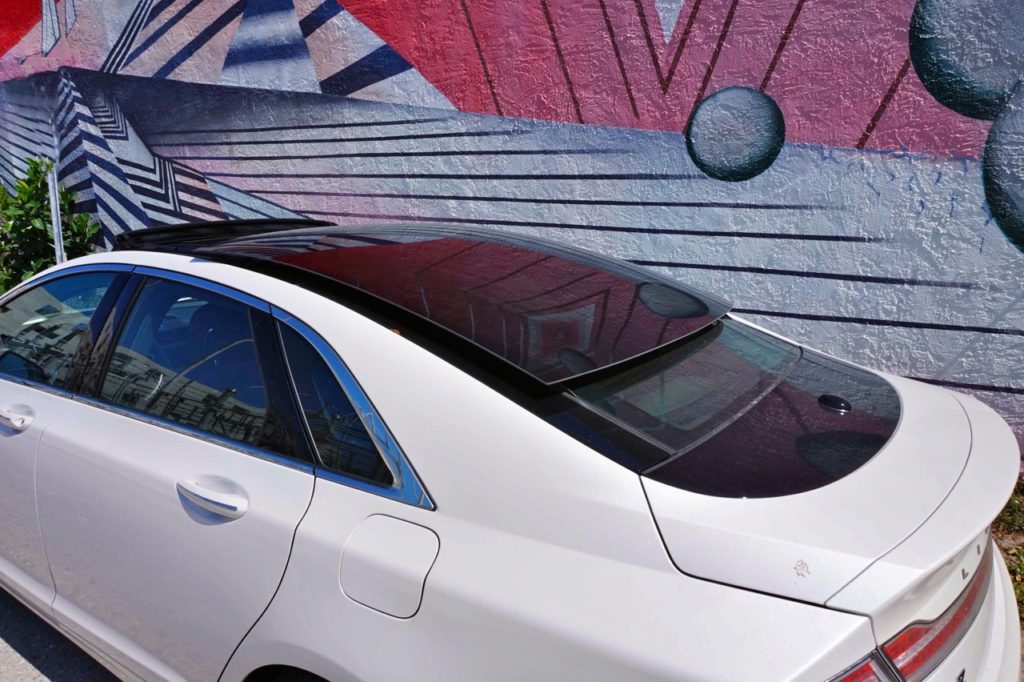 And inside it has all the space and luxury to comfort and cosset, especially with the handcrafted Black Label trim features that adorned out test car. That said, the lovely, shiny wood and rich leather are spoiled by the cheapo-looking aluminum on the center console. 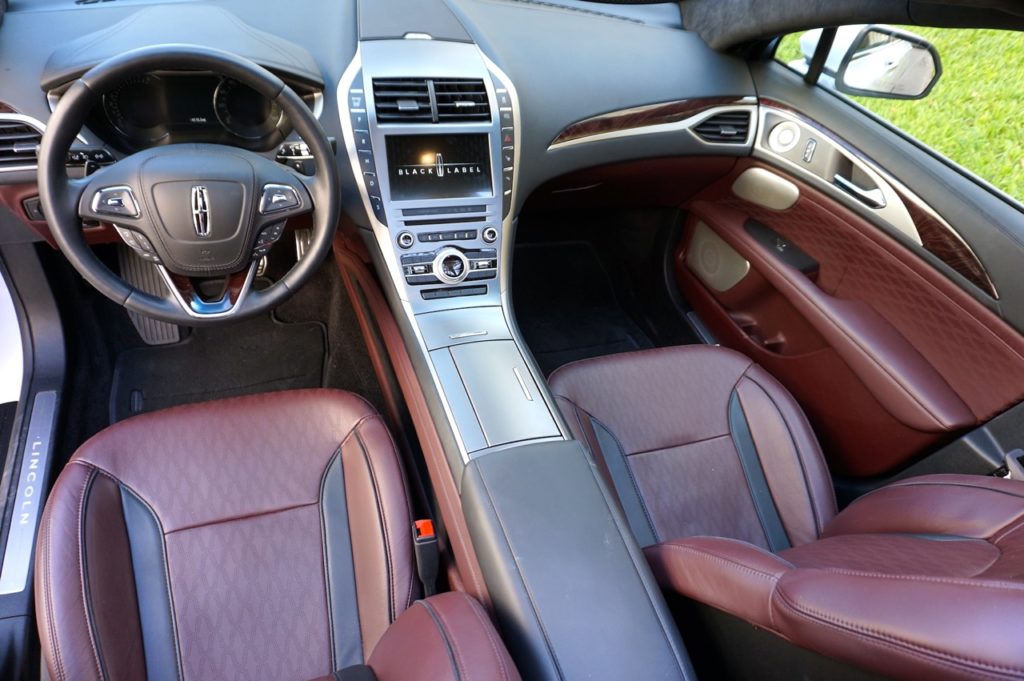 But I think I’d buy this car just for the unbelievable massaging seats, which are like having your own personal Rolfer doing deep-tissue finger-work on your back and butt. Aaaaah! 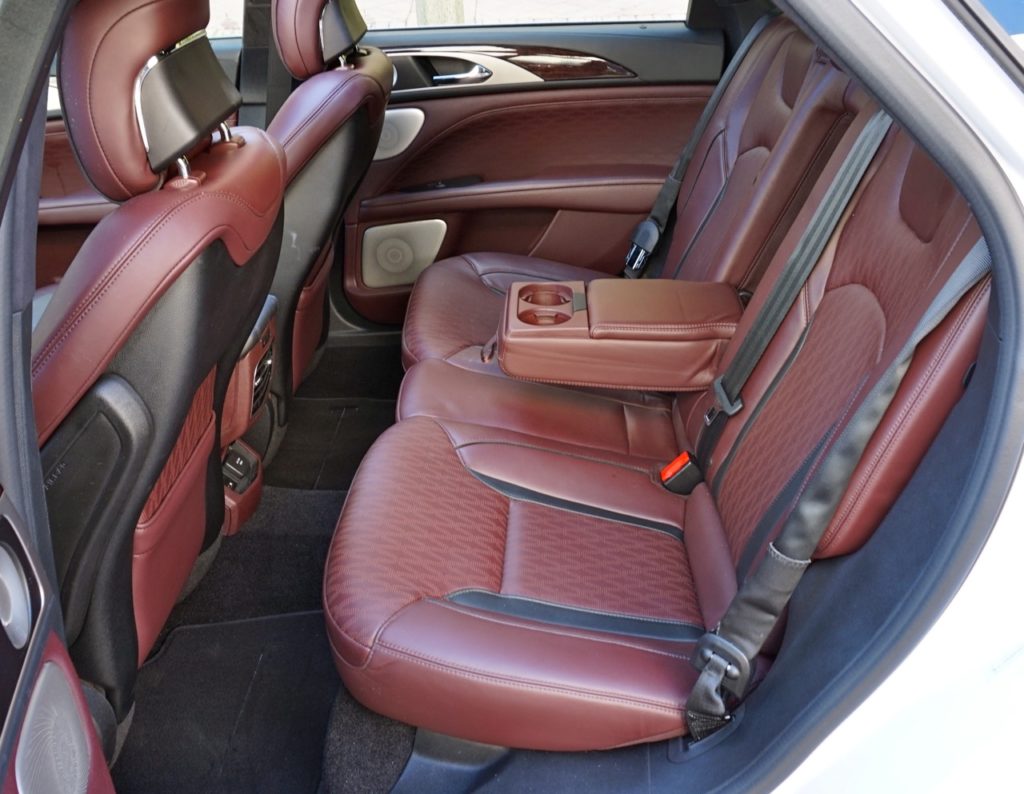 There’s a generous amount of space here too, especially in the back where my six-foot frame could easily stretch out without my knees touching the seatback in front.

But back on the road I did get the feeling that here was a car trying desperately to be something that it isn’t. Despite having 400 horsepower on tap, this is no sports sedan. Its steering is just a little too dull, its six-speed automatic – where’s the 8-speed? – just a little too lethargic in its responses, its handling too soft and imprecise. And stomp on the gas and it seems to always be fighting its front-drive origins with hints of unruly torque steer.

For more information about the latest luxury vehicles from Lincoln, please visit https://www.lincoln.com/luxury-cars/continental/2017/