Skip to content
Buick re-ignites the memory of the stunning ’04 Velite concept convertible with its new Euro-built Cascada, below. Road Test Editor Howard Walker takes one for a spin from the Key West to Miami. 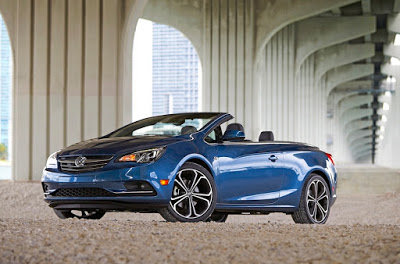 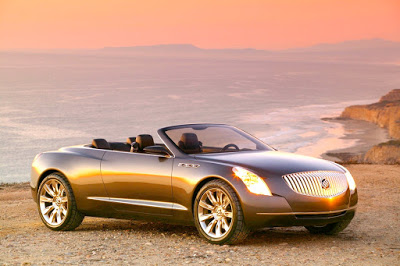 Remember back at the 2004 New York Auto Show when Buick pulled the wraps off an exceedingly sexy-looking four-seat convertible called the Velite, above? At the time there were huge expectations that GM would green-light it to production of this gorgeous two-door luxury soft-top. Word was that it would be based off GM’s Zeta rear-drive platform used in the new Camaro and Aussie Holden Commodore and feature a twin-turbo 3.6-liter V-6 rated at a muscular 400-horsepower. Alas, nothing ever came of the Velite, despite Bob Lutz, GM product supremo at the time, fighting hard for it to get the go-ahead.

Now fast forward 12 years and I’m at the wheel of the spiritual successor to the fab Velite, driving from Key West along the arrow-straight A1-A to Miami in Buick’s brand new Cascada droptop. OK, it’s front-wheel-drive, and packs only half the Velite’s 400 horses. But it’s four-seat, soft-top which Buick is launching at a time when four-seat convertibles are
decidedly thin on the ground. Remember the Chrysler 200. The Toyota Solara. The Volvo C70? All deceased. 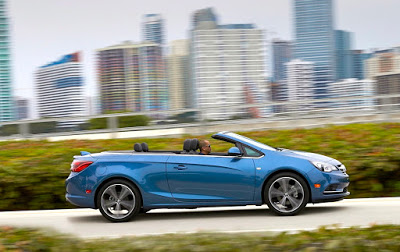 So full credit to Buick for bucking the trend and introducing this new Cascada just in time for spring – otherwise known as The Florida Convertible Season. The Cascada is essentially a re-badged version of the European Opel Cascada that GM screws together at its plant in Poland. This is one sexy-looking cruiser, with its sleek door-wedge profile, high waistline, rakish snout and killer 20-inch rims.

Thankfully the Cascada sticks with a canvas top instead of a complex and top-heavy folding metal hardtop. And the top works like a dream, opening or closing in a mere 17 seconds and at speeds of up to 31mph. There are no levers to pull, latches to latch; just toggle a small switch on the center console. 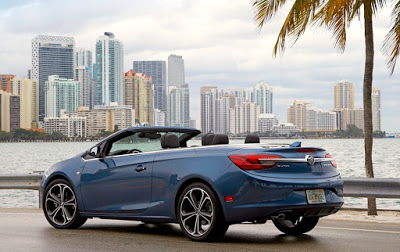 With the top raised, there’s barely a whistle of wind or rumble of road noise that penetrates is triple layers of cloth and industrial-grade rubber sealing. The only negative is the teeny rear window, which provides all the visibility of a mailbox slot! But top-down, the Cascada is hard to fault. You sit low down behind that ski-slope-like windshield. Raise the windows, flip-up the rear wind deflector, and there’s hardly a rustle of breeze to muss-up your ‘do’.

The beauty of the Buick is that unlike say a Mustang or Camaro,  it’s a proper four-seater, so family or friends can come along for the ride. OK, those rear pews are a little tight on hip-space and are probably best suited to kids. But a couple of adults will fit for a quick trip to the beach. 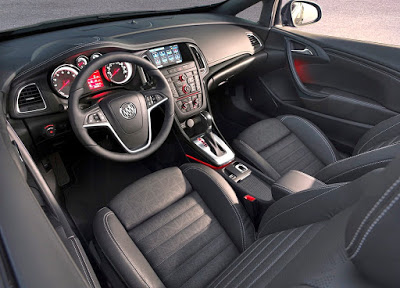 Inside, the entire cabin is high in luxury and quality. Sun-reflecting leather covers the seats and chunky wheel while sleek, satin-finished metal surrounds the easy-to-read instruments and shift lever. You could easily be inside an Audi.

Powering the new Cascada is a fuel-sipping 1.6-liter turbocharged inline-4 hooked up to a six-speed automatic. The motor cranks out an eager 200 ponies and features a cool ‘overboost’ feature that amps-up the torque from 207 pound-feet to 221 pound-feet for 10 seconds when you need an extra burst of power for passing.

There wasn’t much passing to be done when we tried out the new Cascada on a drive to Miami last week. Top-down on a chilly Key West morning wasn’t a problem, thanks to the standard seat heaters, heated steering wheel, and furnace-like heater. 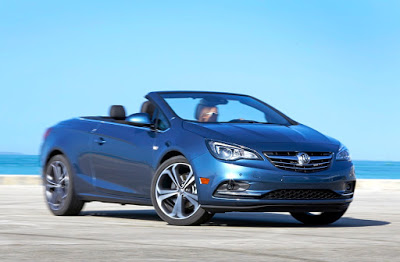 This is a fun car to drive, even on arrow-straight A1-A. The turbo four-banger offers oodles of smooth, refined power; the electric-assist steering has precision and is perfectly weighted; while the suspension delivers sharp, responsive handling while soaking up lumps and bumps. 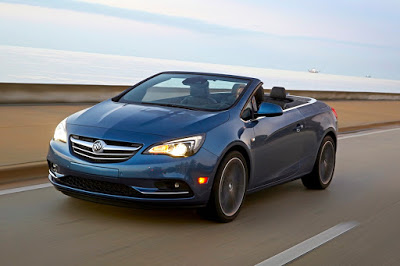 But arguably the best part is the price, which kicks off at just $33,900. That buys the standard model that’s loaded to the roof with leather, pop-up roll-over bars, a terrific stereo with nav, and those good-looking 20-inch alloys. Stepping-up to the $36,990 Premium version adds active safety technology, like forward collision and lane departure warning, and conveniences like rain-sensing wipers. 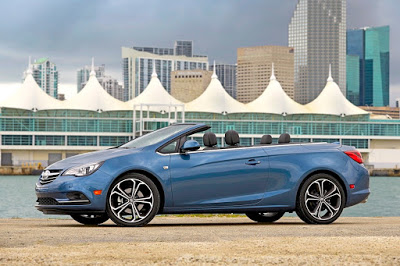 OK, so the Cascada doesn’t quite have the elegance, or promise of power of the Bertone-built Velite. But it’s a Buick convertible, and a good one at that, and buyers will love it.

For more information about the latest from Buick, please visit http://www.buick.com/cascada-luxury-convertible.html