Skip to content
Mike Matune stays dry long enough to bring us coverage of the wet and wild
Gold Cup weekend at VIR. 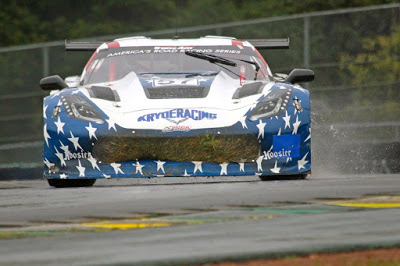 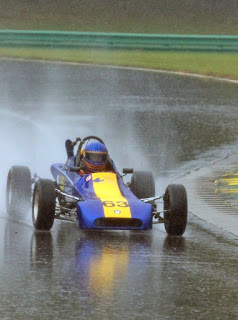 With a nod towards poet Samuel Taylor Coleridge, the story of the 2015 Gold Cup weekend at Virginia International Raceway (VIR) could be wrapped up in the phrase, ”Water, water, everywhere …”. The point is illustrated by David Pintaric’s Corvette, above, with its grille full of VIR landscape and water teaming off every inch of the car as it drags a cloud of spray behind. A torrential downpour covered all three days of the race weekend. SVRA and Trans-Am competitors carried on through frequently arduous conditions to provide visuals only seen during wet weather racing.

David Nettleship splashes through Turn 6 in his Crossle 45F Formula Ford, right, throwing rooster tails off all four wheels. Normally in this corner racers ride the curb, sometimes all the way over to the “Gator Teeth” but the rain line required them to move further from the apex to avoid the standing water. 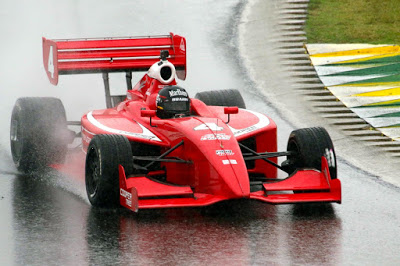 A rain tire can pump a considerable amount of water off the road surface; one source claiming that a Formula 1 rain tire displaces something like 60 liters (15 gallons) per second. Looking at the spray behind Chip Vance’s Lola T87/90 (Indy Lights) confirms this. 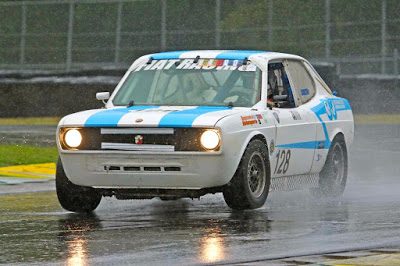 Rain can be the great equalizer on a racetrack, frequently resulting in the emergence of Giant Killers. The role is often taken by small, closed, FWD sedans like Shea Brown’s Fiat 128. Brown’s car started off as a “Chump Car” he found and decided was much too nice to spend its life in that venue. Since its conversion to a vintage racer, it has shown increasing speed as driver and car development have progressed. 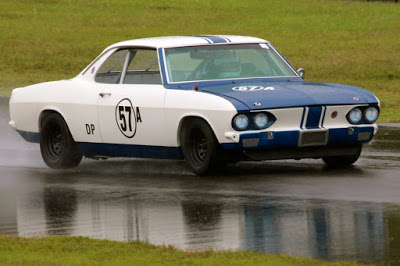 Logan Dernoshek drove his Dad, Warren’s Yenko Stinger in its debut appearance. The car has actual Stinger DNA, although it was re-bodied when the rust worm proved to be too pervasive. Its preparation level mirrors that common when the cars were new with allowances for modern safety issues. The elder Dernoshek’s affinity for Stingers comes naturally as he served as one of Don Yenko’s race mechanics during the heyday of racing at Yenko Chevrolet.

Mike Unger describes his Datsun 240Z as an “Old Soldier” having been run in the 1980s in ITS, before he acquired it about 15 years ago and began its conversion to an SVRA Group 8 vintage racer. Along the way it made occasional forays into SCCA E/P. Watching Unger on track reminded me just what an impact these cars made on the racetrack and on the street, helping Datsun (Nissan) in particular, and Japanese manufactures in general, establish themselves “up market” from the econo-boxes for which they were initially known. 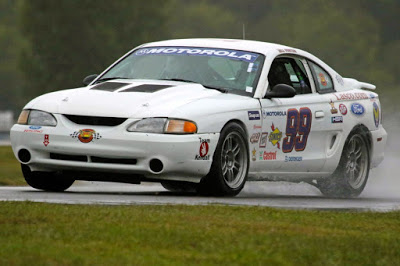 Production car racing is constantly evolving with series, sanctioning bodies, cars and manufacturers coming and going. But along that journey some stand out, like the Motorola Cup and the Cobra R. The Motorola Cup featured frequently televised events with close racing. The Cobra R was Ford’s contribution to the factory Special. Bill Foster deserves Kudos as he and his Cobra were frequently on course carving up VIR while making wonderful noises despite the continuous rain. 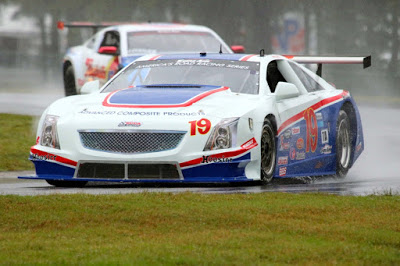 As mentioned, Trans-Am cars shared the bill with SVRA’s vintage racers. Today’s Trans-Am is a 12-race series for three classes of cars categorized by preparation levels. Both American and international manufacturers are represented. Kerry Hitt’s Cadillac CTS is an example of the fastest class. These cars feature 850 horsepower engines, tube frames with live rear axles and facsimile fiberglass bodywork.