The LM69 celebrates the legacy of the XJ13 and the work of legendary Jaguar test development driver, Norman Dewis OBE. 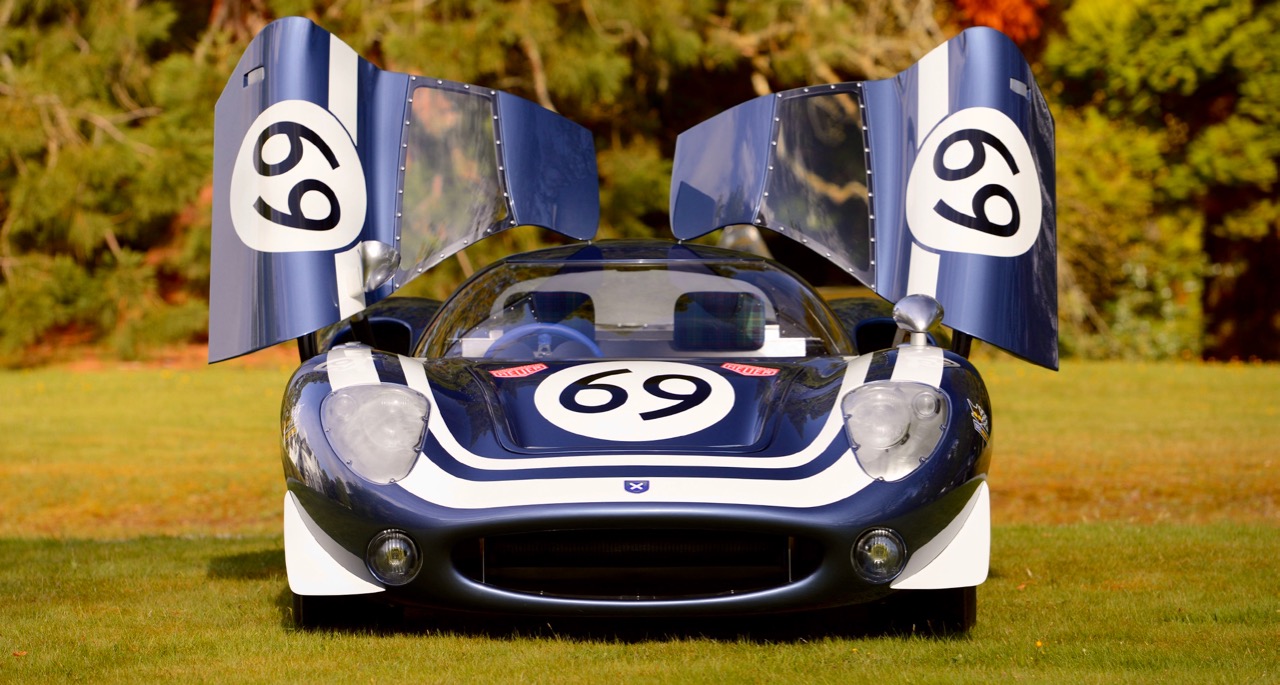 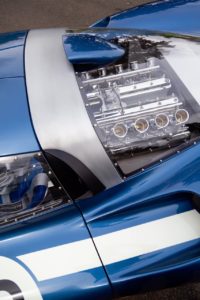 Ecurie Cars’ LM69 stunned the guests at Hampton Court Concours of Elegance in September showing its gracious curves and poise to the public for its world debut. The XJ13 TRIBUTE: ECURIE ECOSSE LM69 was accompanied by the arousing sound of the official Ecurie Ecosse bagpiper and received rapturous applause and compliments throughout the three-day Concours.

Notable racing driver and former team owner Jackie Oliver, winner of 1969 Le Mans, joined the Ecurie Ecosse team. Oliver commented that it was a beautiful masterpiece and looks forward to seeing its development over the coming months. In November the LM69 will form part of a commemorative feature display organized by The Jaguar Enthusiasts’ Club at the NEC Lancaster Classic Motor Show on 8-10th November 2019. 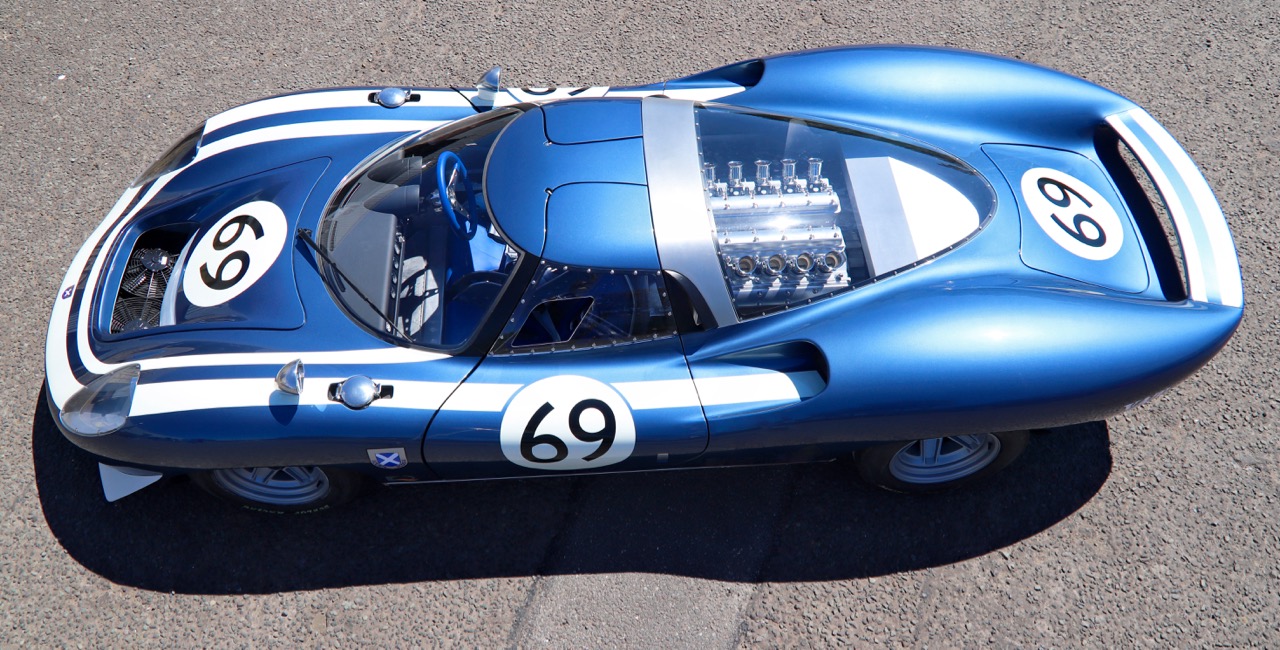 To pay tribute to The Jaguar Enthusiasts’ Club and Jaguar Daimler Heritage Trust, they have assembled a fantastic lineup of four cars that represent key moments in Norman’s career. The prototype for the Jaguar D Type, a model that helped Jaguar secure a hat-trick of victories from 1955 to 1957, the oldest surviving open E-Type which was launched at Geneva Motor Show and became one of the iconic symbols of the 1960s, plus the unique XJ13 – the only one ever built, which he developed but sadly never got to race. Display cars will celebrate memorable moments in his incredible life. 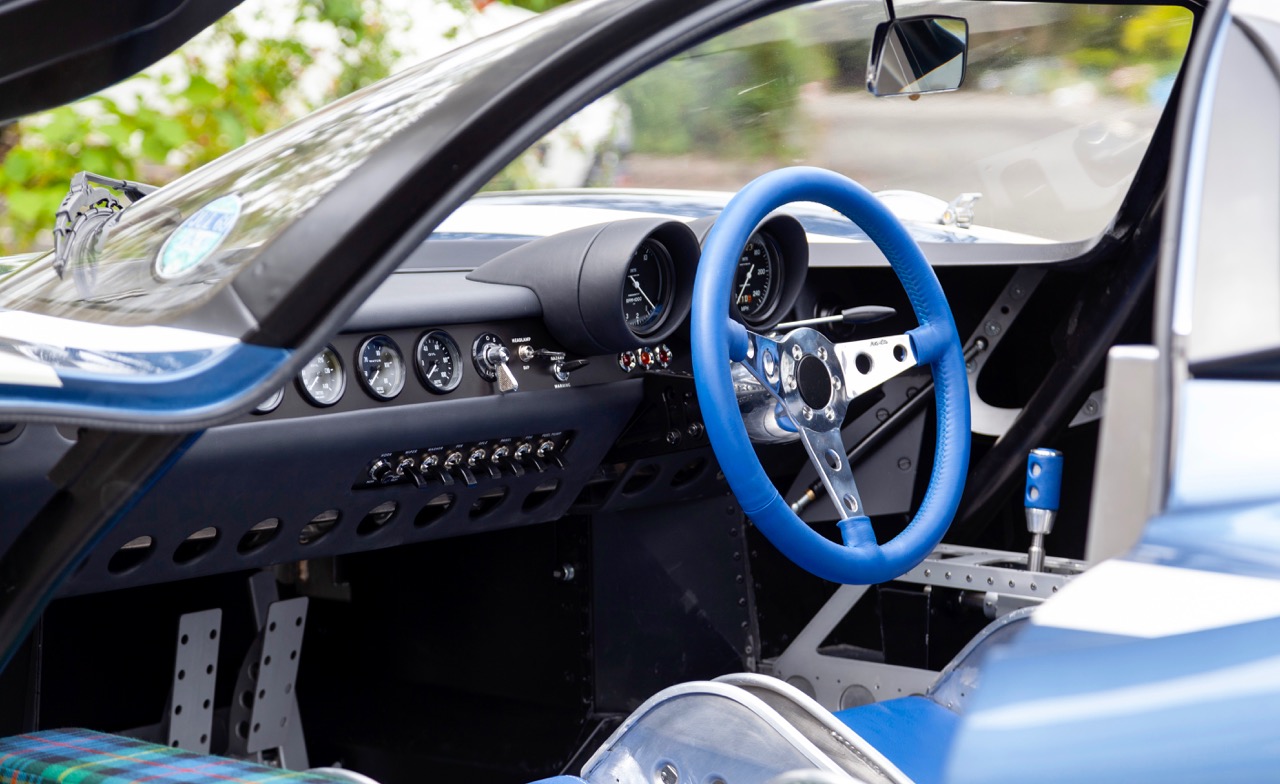 Completing the lineup, and making its debut at the show is the Ecurie Ecosse LM69, which will sit proudly alongside the other masterpieces as a lasting legacy of the development work that Norman, put into the original XJ13. While remaining true in spirit to the style of the fabulous XJ13, the bodywork of the LM69 is an all-new design that has its own purposeful beauty. It benefits from innovations that appeared during that exciting era. Composite materials have been used, it’s lighter than the original car, and it boasts experimental aerodynamic devices, wider wheels and tires, and a much-improved engine. 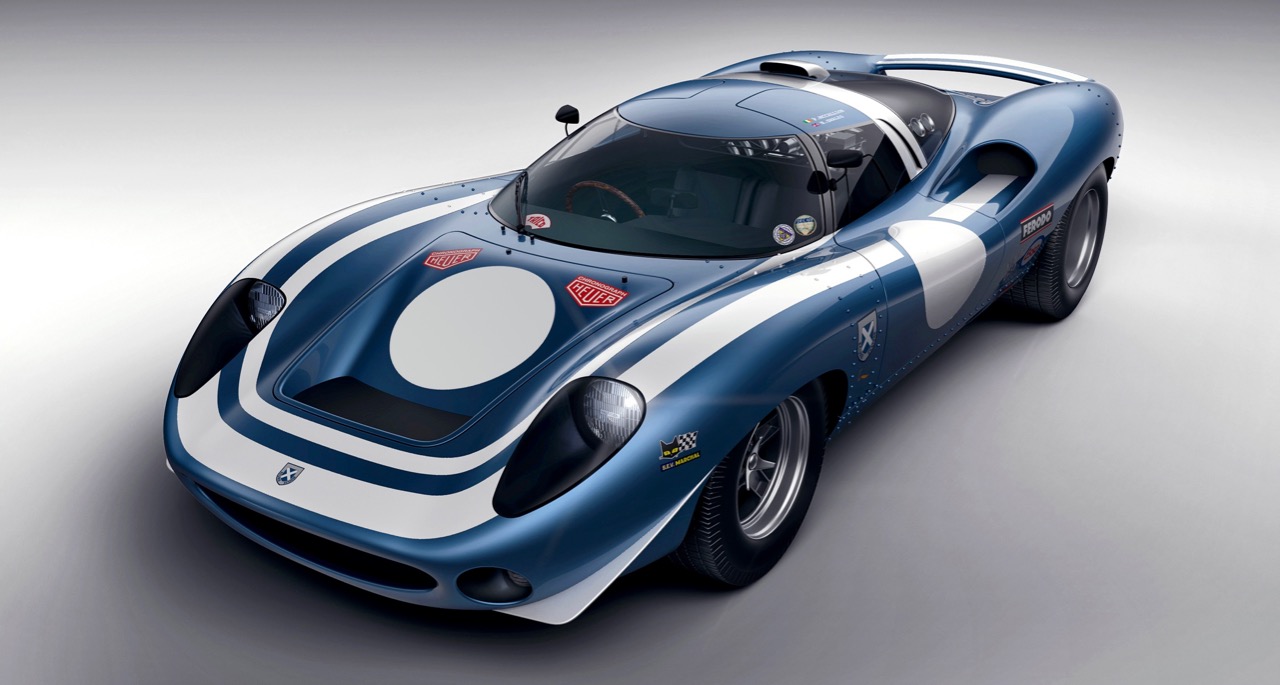 Only 25 will be produced, in keeping with the 1969 FIA homologation requirements for running prototypes at Le Mans of over 3000cc and to maintain its exclusivity. Each one will be individually hand built in the West Midlands by the best British craftsmen in their field. However, unlike the original XJ13 – this car is fully road legal.