Skip to content
Our man on the Left Coast, Jim, Palam, brings us highlights of the 2016 West Coast Kustoms Cruisin’ Nationals. 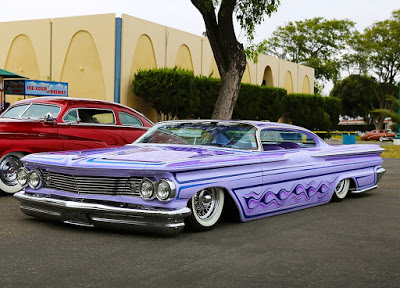 This head-turning annual three-day spectacular in Santa Maria, CA honors the vision and skills of West Coast Kustomizers. Beginning with a Friday night City Cruise and motoring on through Sunday, this popular show featured hundreds of pre-1961 Kustoms and Cruisers. It attracted thousands of visitors to the Santa Maria Fairpark. They enjoyed great food, live music, a swap meet, an auction, Kustom Kulture vendors and of course Krazy Kool Kustom Kars, like this seriously-slammed ’60 Pontiac Bonneville. It’s another masterpiece from Kyle “K-Daddy” Gann of K-Daddyz Kustomz. Amazing how something so long and low and over-the-top could be so exceptional in every detail. 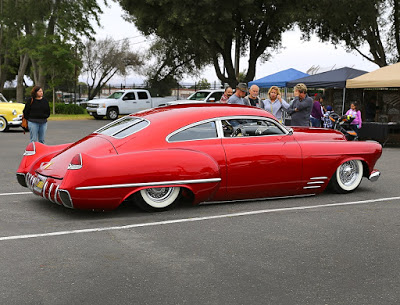 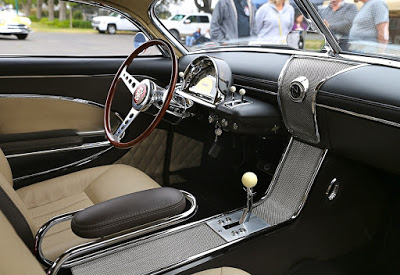 Mike and Rita Garner brought their delicious Candy-Apple Red ’48 Caddy Fastback for everyone to drool over. It’s easy to see why the Garner’s impeccably-crafted custom was a Second-Place winner at the 2016 Grand National Roadster Show. Inside and out it is simply perfect! 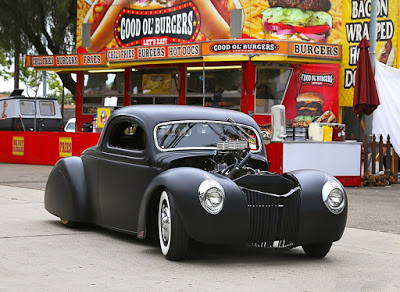 Prowling the food area was this primered and magnificently menacing three-window coupe with Ford and Lincoln Zephyr styling cues. 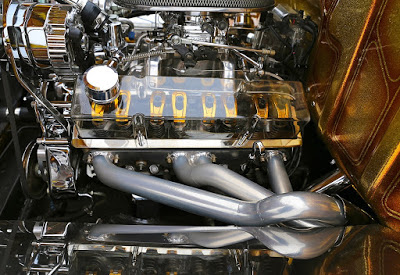 There was plenty of eye candy under the hoods at the show as well. If you’re going to do a show motor, why not have see-through valve covers to show-off a beautiful set of Comp Cams gold aluminum roller-rockers? 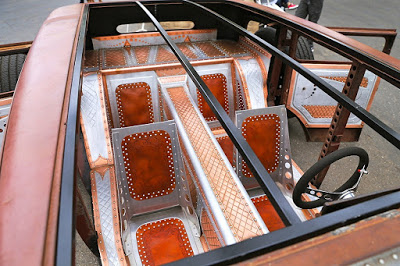 Here’s an example of something that hurts so good! This rigid copper, aluminum, and hand-tooled leather interior is masterfully crafted – and a beautiful counterbalance to the rusty exterior of a 1920s vintage Dodge “Steampunk Style” four-door sedan. 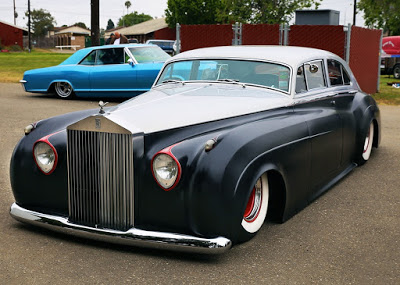 The owner of this concrete-kissin’ ’59 Silver Cloud no doubt knows this vehicle will amaze many and irritate some too. His mea-culpa license plate says it all: “YIOUTAH.” 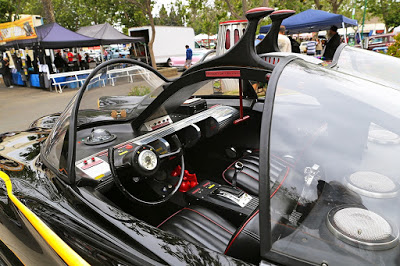 Parked guardian-like in front of the entrance to the show’s model car exhibit was Barris’ TV Show Batmobile. Perhaps like me you’ve seen the outside many times before, so here’s a peek at the interior. 360 degree turns are made possible by pulling the emergency “bat turn” lever that releases and billows the bat-impression twin parachutes on a 25-foot nylon cord. 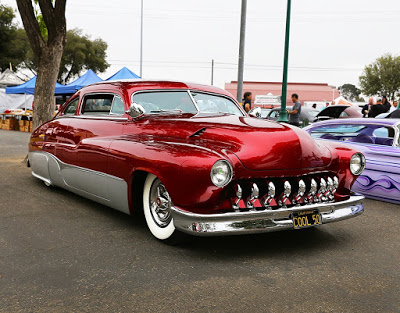 This legendary ‘50 Merc Custom, “Cool 50”, was originally built by Bill Reasoner. It has been a cover car on many enthusiast publications, including Street Rodder Magazine. It sports one of the nicest frenched hood scoop executions you’ll find on a Lead Sled.

For more information about the event, please visit http://www.westcoastkustoms.com/