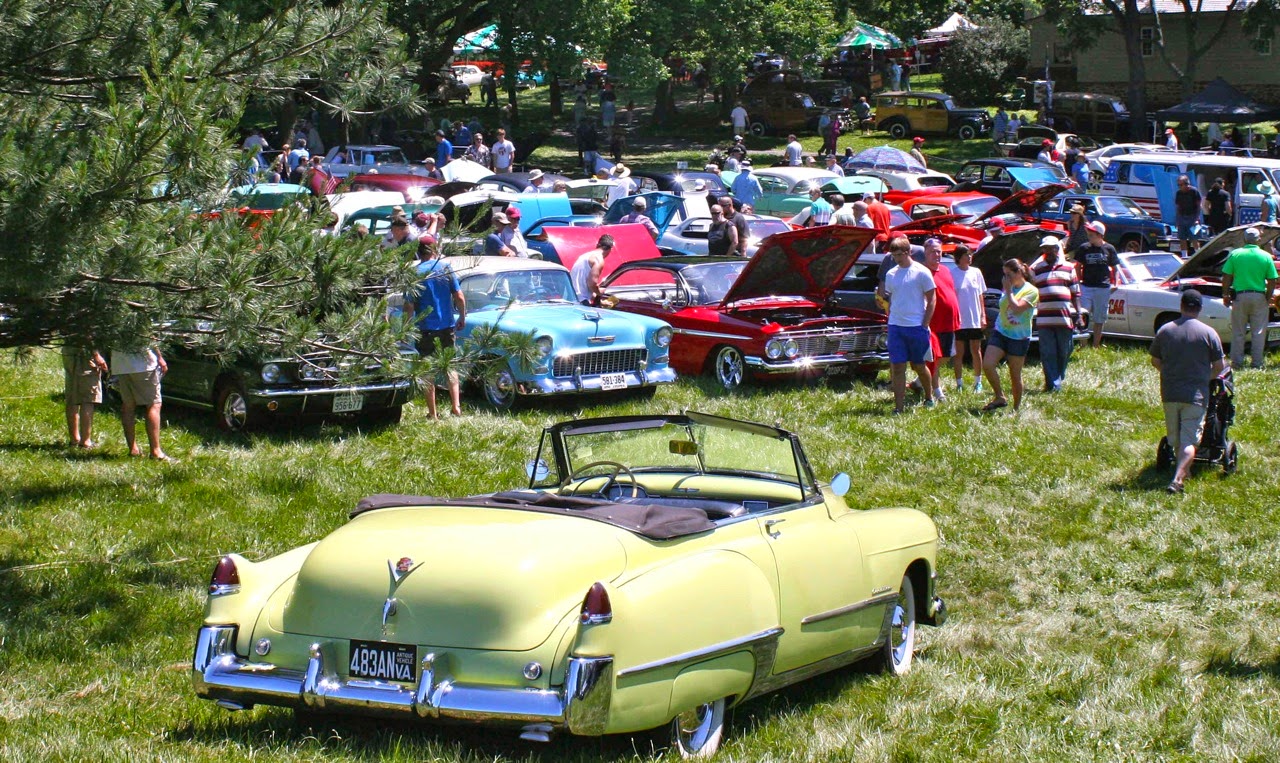 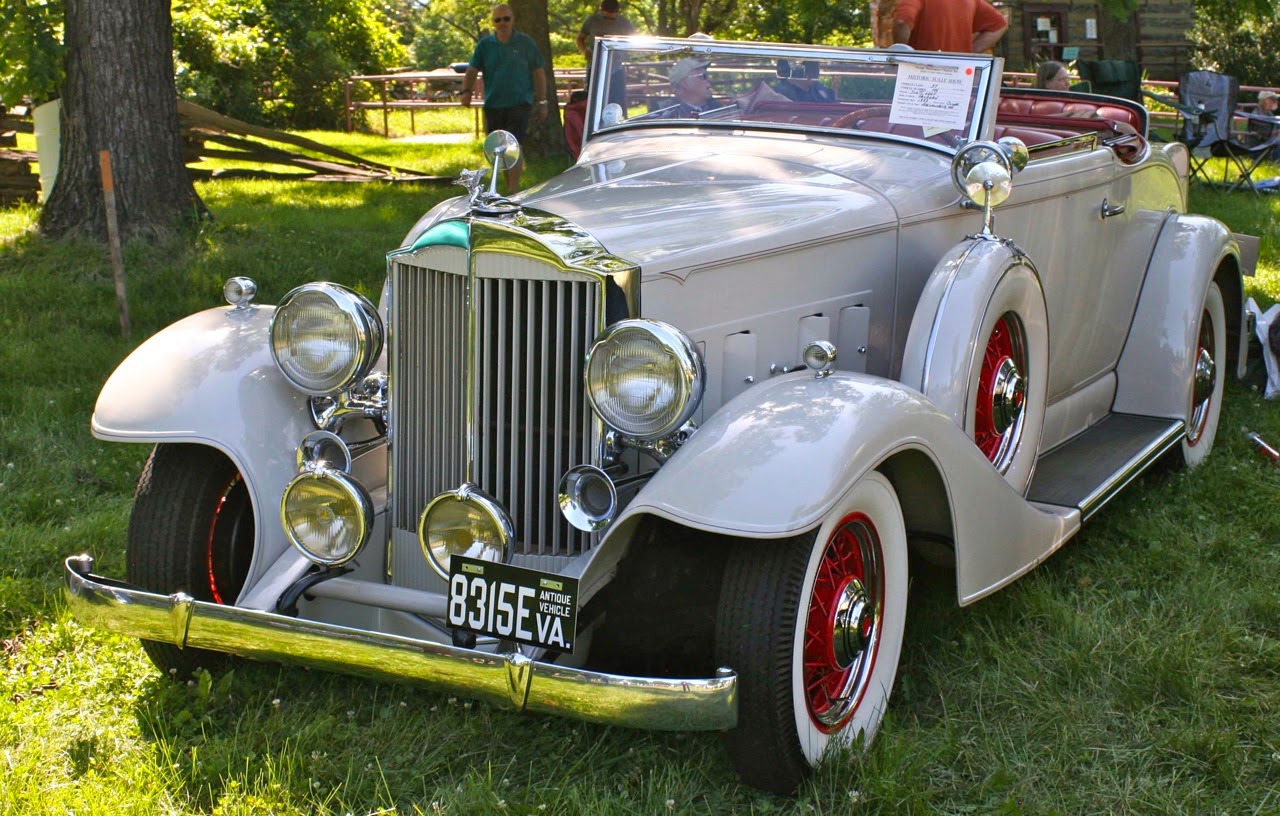 The George Washington Chapter of the Model A Club of America and the Fairfax County Park Authority have been presenting this show on the grounds of the Sully Historic site in Chantilly, VA for 41 years. Father’s Day 2014 was no exception. The field was crowded with cars and spectators alike. Show features a little of everything, from brass era cars to more modern “Muscle” and everything in between. Scott Leaf’s ‘33 Packard personifies the classic era. 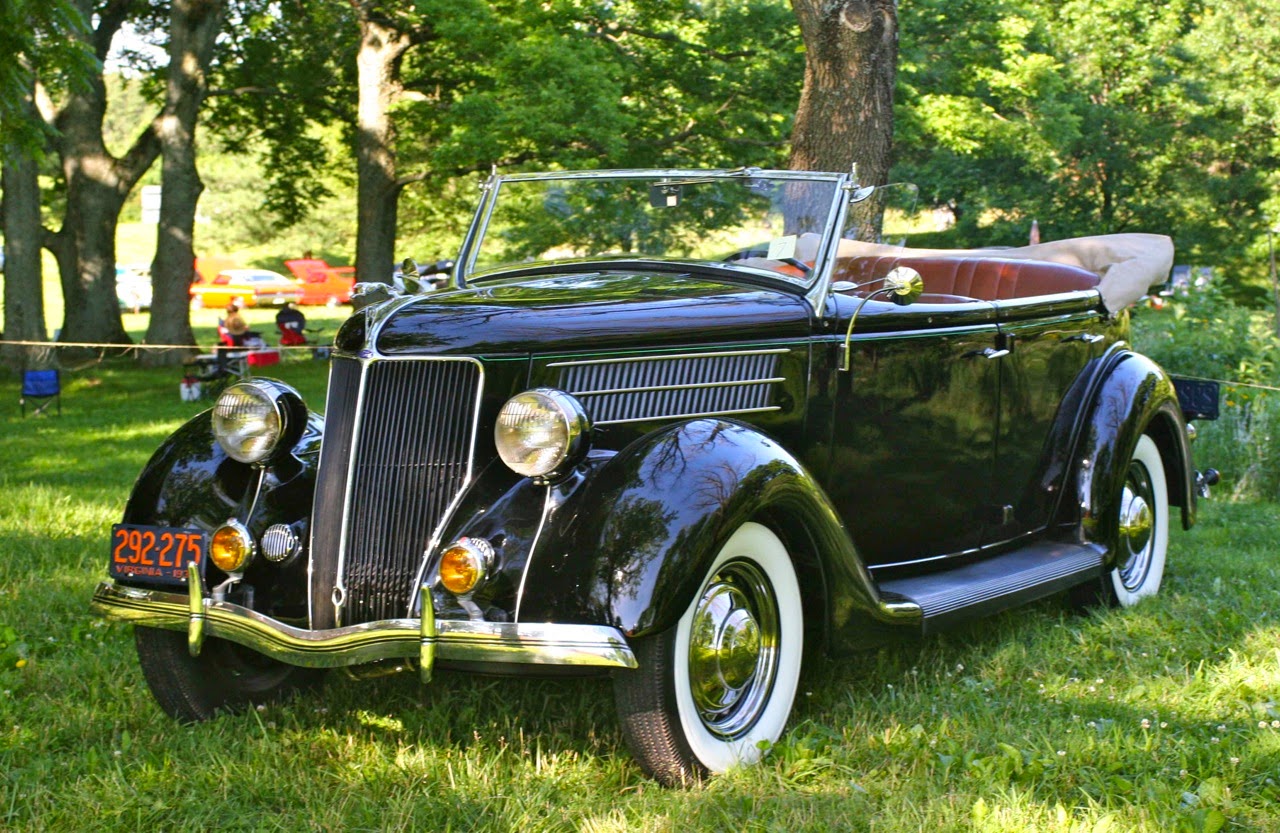 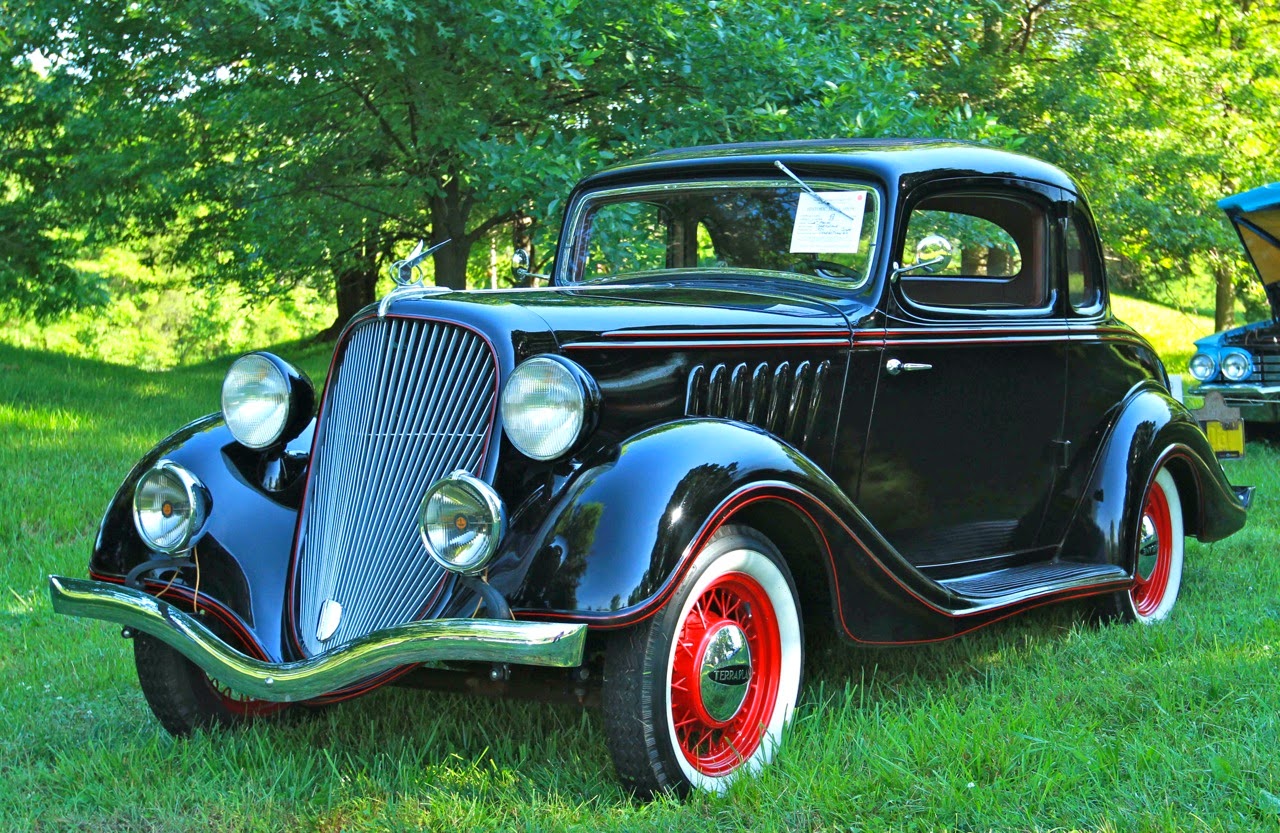 This stunner had us scratching our heads guessing for a few minutes. It turns out to be a ‘34 Terraplane coupe owned by Curt Mason. Terraplanes were built by Hudson as small, cheap, quick cars to compete with Fords & Chevys. Today few survive; even fewer are shown regularly. 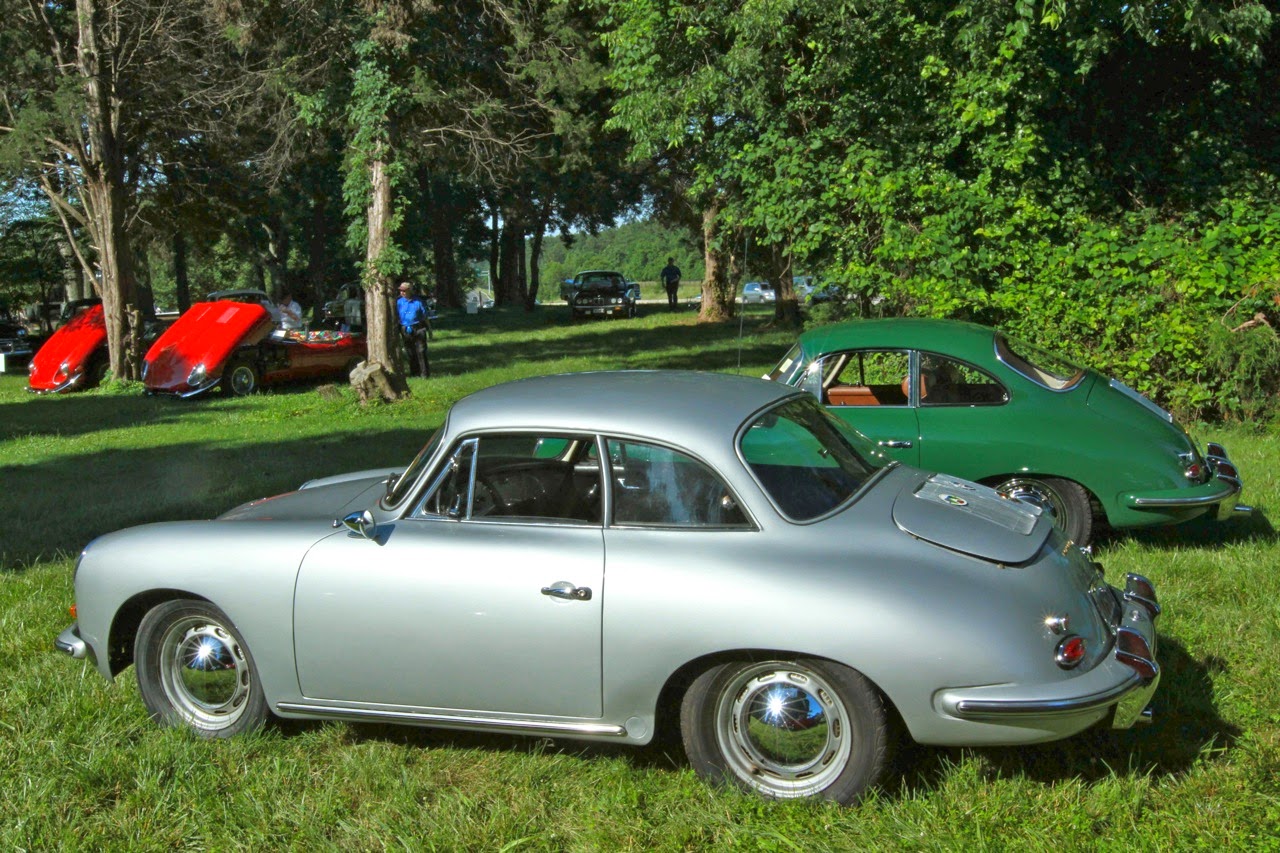 A pair of Porsche 356s ready for judging to commence. Dan Rogers owns the green car, while the silver one belongs to Pete Russell.  Russell’s car is an uncommon Karmann Hardtop styled to give the feel of a hardtop Speedster. The body style didn’t prove that successful and the majority of closed cars were produced with the more sloping roofline of Rogers’ car. 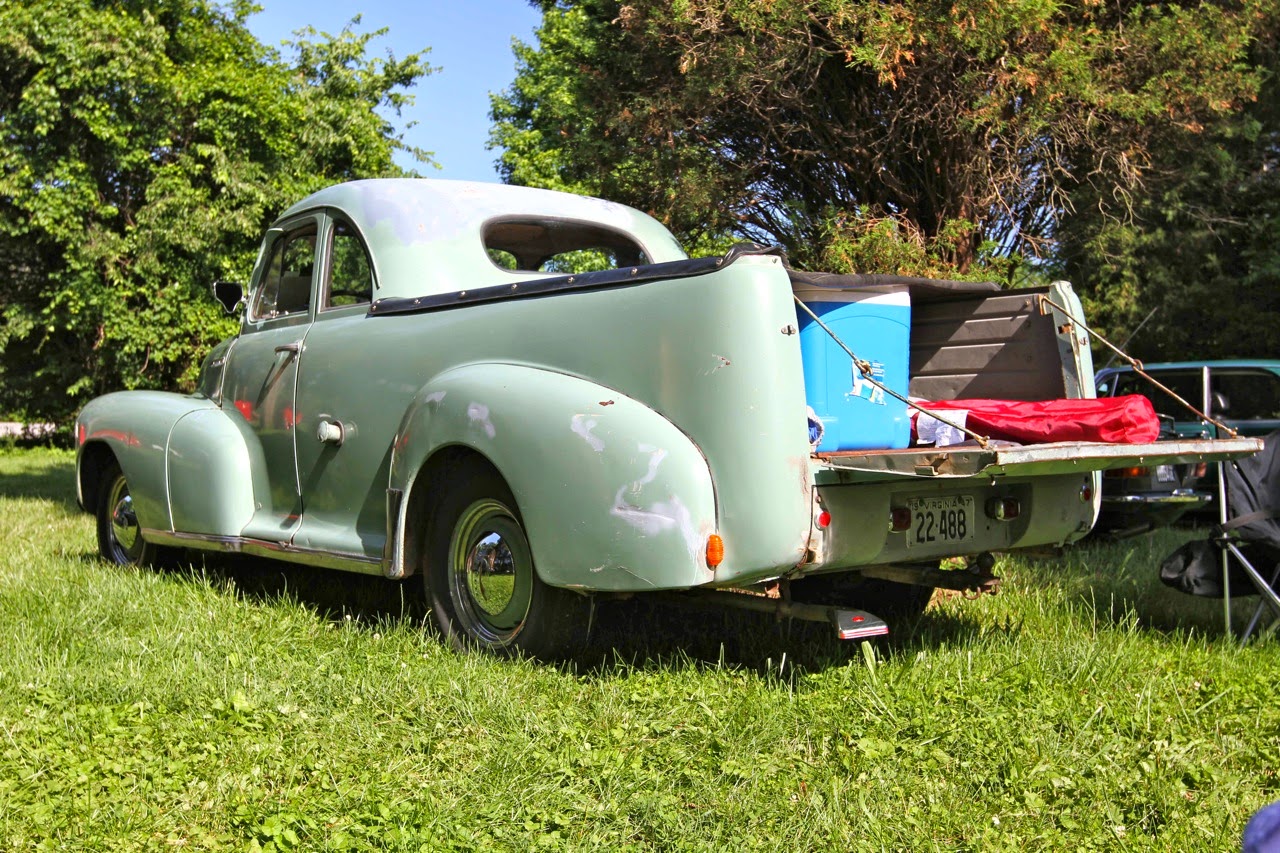 In Australia, the “UTE” is a popular body style combining a car’s passenger compartment with the bed of a pickup truck, similar in concept to the long gone Chevy El Camino or Ford Ranchero. Jesse Arrington owns this ‘47 Holden UTE, rarely seen in the U.S. 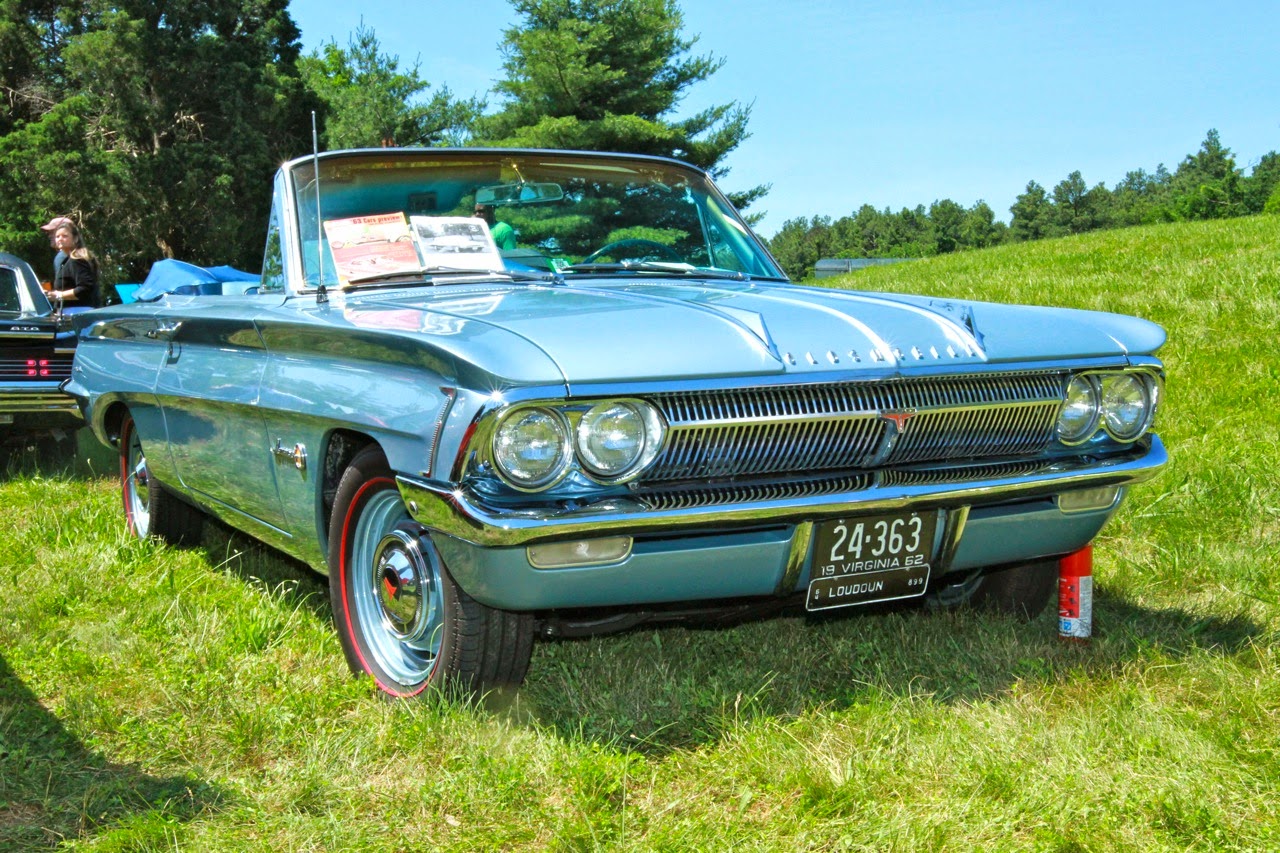 Here’s one I have never seen in person, a ‘62 Olds F85 Jetfire. It’s powered by an aluminum 215-inch V8 fitted with a turbocharger and fluid injection. To control detonation, “Turbo-Rocket Fluid” was injected and functioned like a water injection system. Scott Phillips’ car was finished to a very high standard and features a factory four-speed. 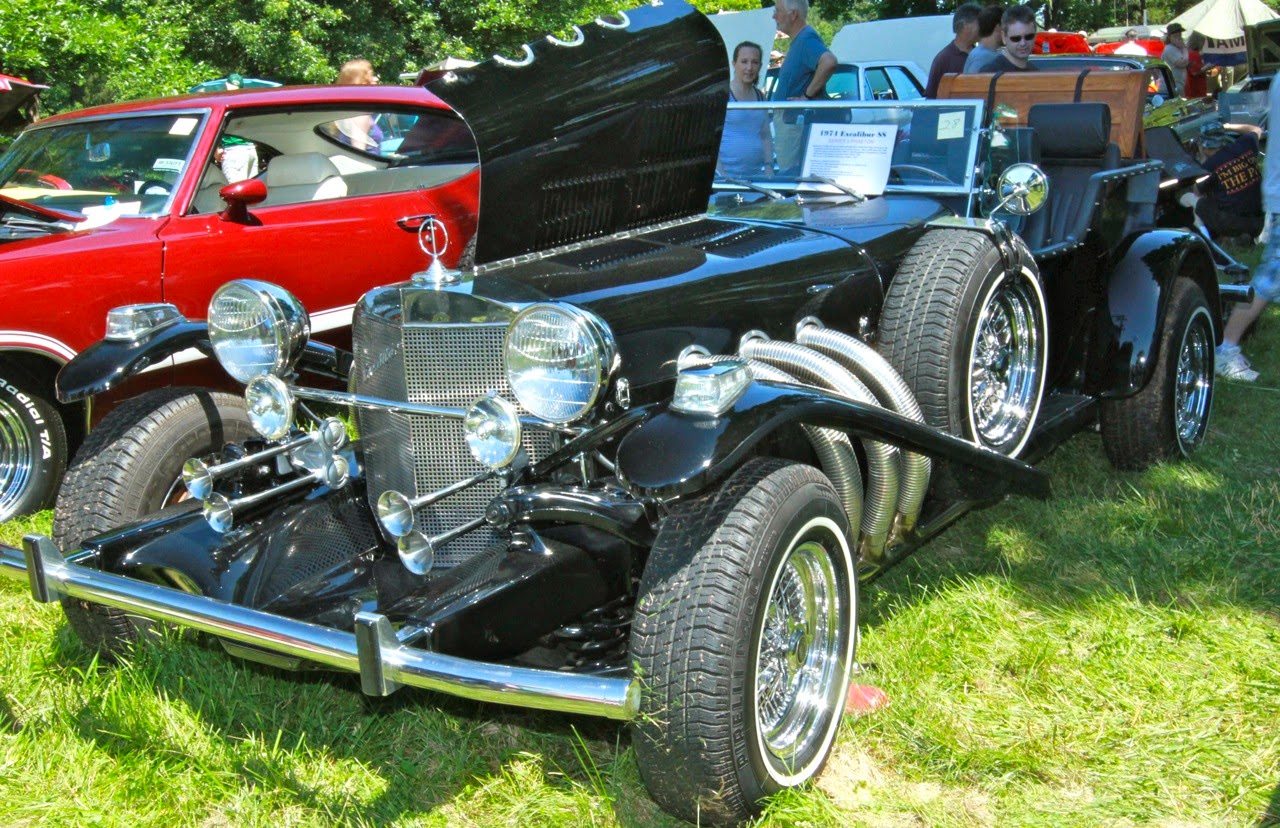 Emulating a Mercedes SSK, the Excalibur began on Studebaker mechanicals before evolving to a GM powertrain. It was conceived and built by noted industrial designer Brooks Stevens. Mostly custom produced, they feature bits and pieces from multiple manufacturers’ parts bins. Jim McCormack is the present custodian of this ‘71 Excalibur SS Series II Phaeton.

For more information about the presenting club, please visit:
http://www.gwcmodela.org/
To learn more about the Sully Historic Site, check out http://www.fairfaxcounty.gov/parks/