Skip to content
My trivial pursuit of truth in branding cuts through some of the confusion surrounding one of the most beautiful and iconic Corvettes ever. 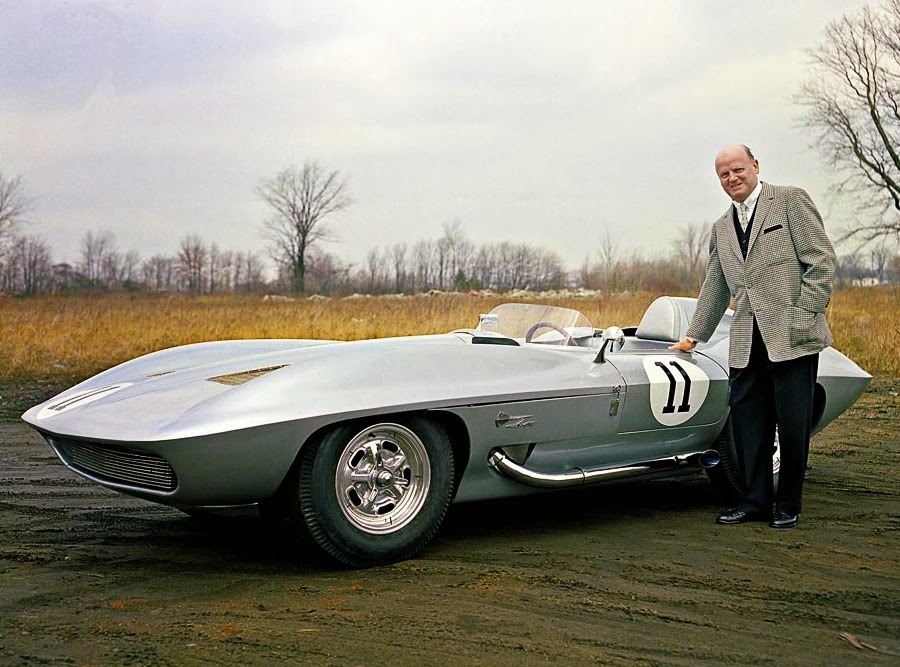 It all started with an innocent note I sent to a friend, Frank Markus, Technical Director at Motor Trend. Essentially I called his attention to what I thought was a typo – referencing Bill Mitchell’s legendary ’59 Corvette Racer (XP-87), above, as Stingray – in the 55 Years of Stingray article in the September 2013 issue. When Mitchell had the Corvette built for him as a racecar, it was indeed, Stingray. However, during the years that I was Editor of Hi-Performance CARS  (1964-1973) and later when founding and editing VETTE Magazine (mid-1970s-1981), it was universally known as the XP87-Corvette Sting Ray or Mitchell’s Racer.

The one thing I never expected when sending Frank the email was that Motor Trend would publish it. That was never my intent. The last thing I had wanted to do publicly as a professional PR guy was call out a major automotive publication for making a mistake. Well, they did publish it along with a rebuttal from Christo Datini, an archivist at GM’s Heritage Center. I do not know Mr. Datini, but judging by the politically correct response, I’m guessing it was probably drafted by someone way above his pay grade! 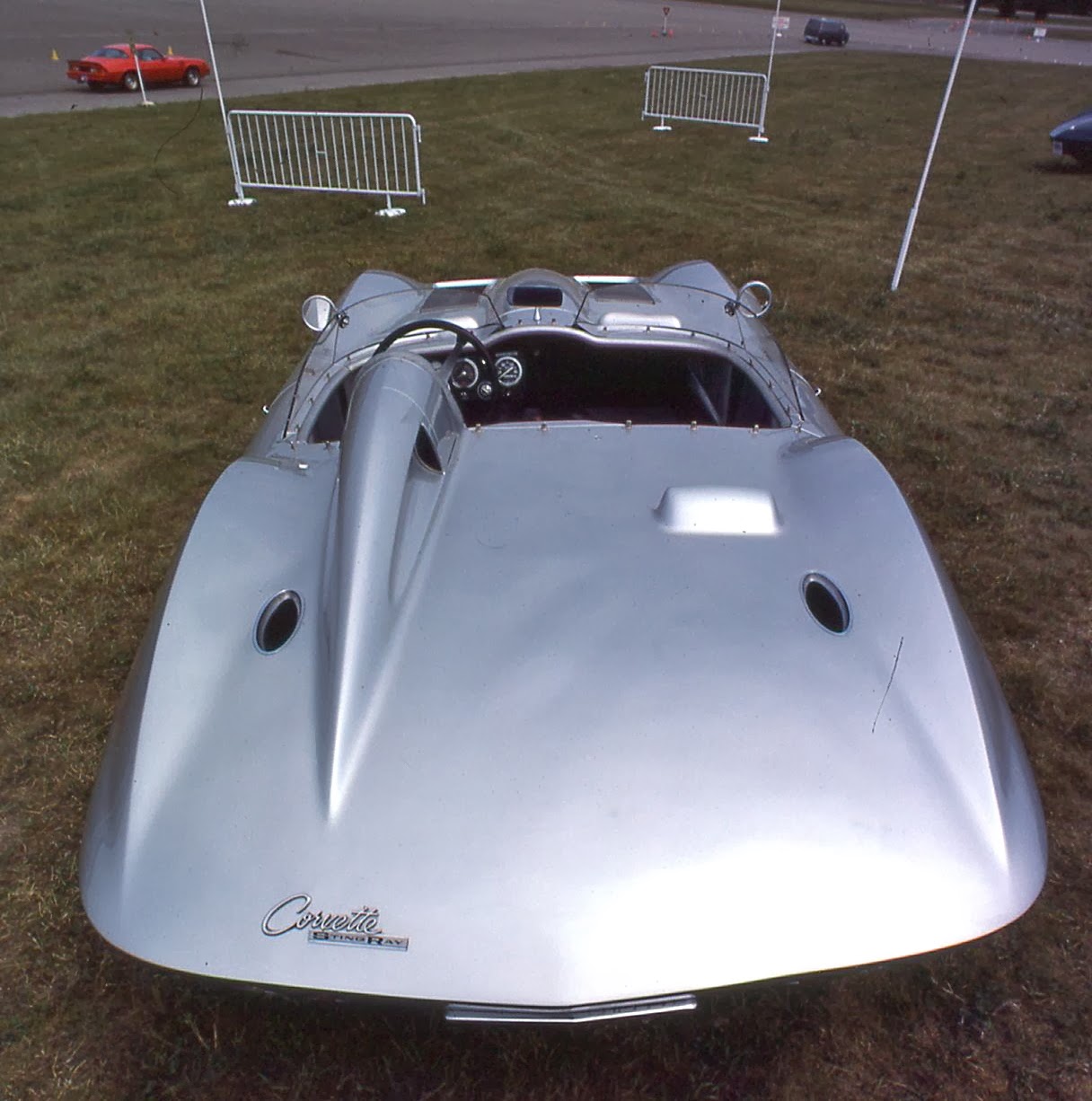 “The GM/Chevrolet preferred spelling is Stingray. Everybody is confused and have [sic} been for a long time. It was written both ways in press articles at its introduction, and the fact that they later put a 1963 Sting Ray emblem on it made it more confusing. Even some internal documents have it both ways. But our research shows that the original intent was Stingray,
one word.” 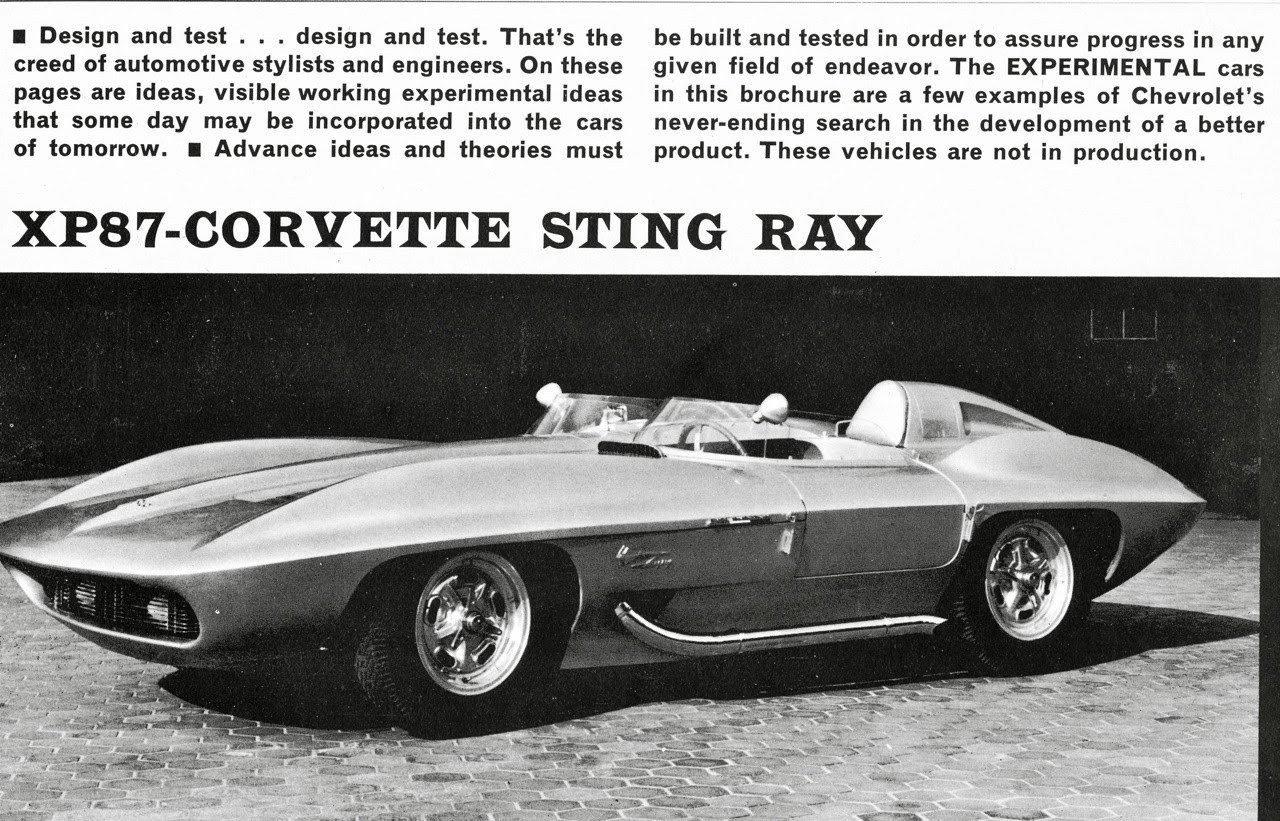 Mr. Datini is absolutely correct saying, “Everybody is confused…” If Bill Mitchell had it his way, his red single-seat racecar, later painted silver and converted to two-seat street configuration, would remain branded Stingray. However, that was not to be. Since Mitchell’s racecar influenced the styling of the future (1963) Sting Ray, GM purchased his stunning one-off and re-branded it XP87-CORVETTE STING RAY. It filled a full page, above, in GM’s XP CHRVROLET EXPERIMENTAL VEHICLES brochure sent to the media with limited distribution at select shows. The brochure also featured other XP cars: Super Spyder, Mako Shark 1, Sebring Spyder and CERV-1.

When press introduction plans for the all-new 1963 Sting Ray were being finalized, a new production Sting Ray emblem was added to the XP87’s rear deck and the existing Stingray script side emblems were cut into two pieces, retaining cap S and lower-case r to reflect the new two-word ID. More than likely the surgery was executed by the Design Staff Graphics Department. 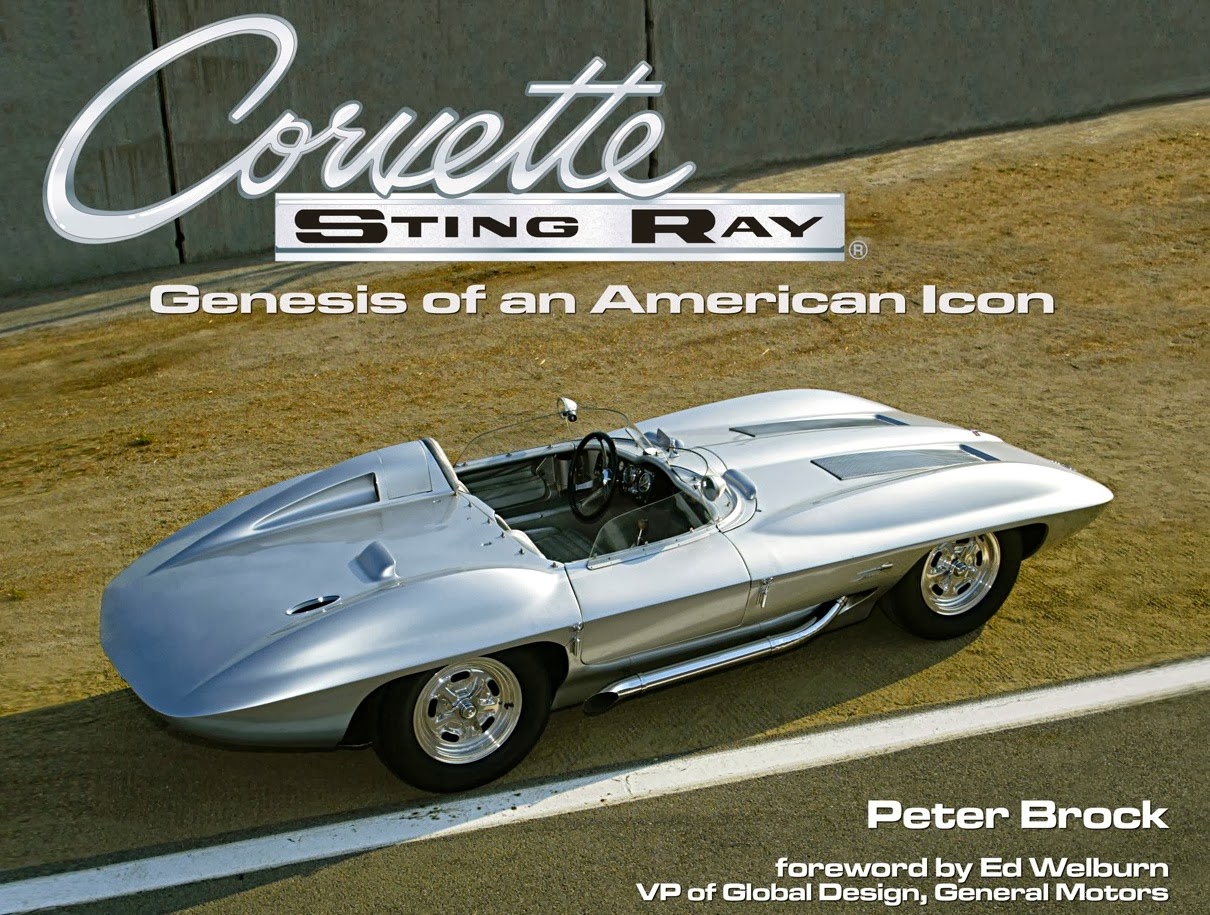 “The Corvette and Sting Ray emblems were added to Mitchell’s ex-racecar and the Stingray script emblems on the sides of the fenders were cut and split into two pieces, Sting ray for the showing of the 1963 Corvette Sting Ray in the Fall of 1962 at Riverside Raceway,” said Peter Brock who was intimately involved in its design while he was at GM Design, 1956-1958. Brock is also author of the award winning, Corvette Sting Ray, Genesis of an American Icon, above, with XP87 on its jacket and Foreword written by Ed Welburn, VP of Global Design, GM. It is an impressive tome that takes you inside studios never open to the public and should be in
every Corvette enthusiast’s library. 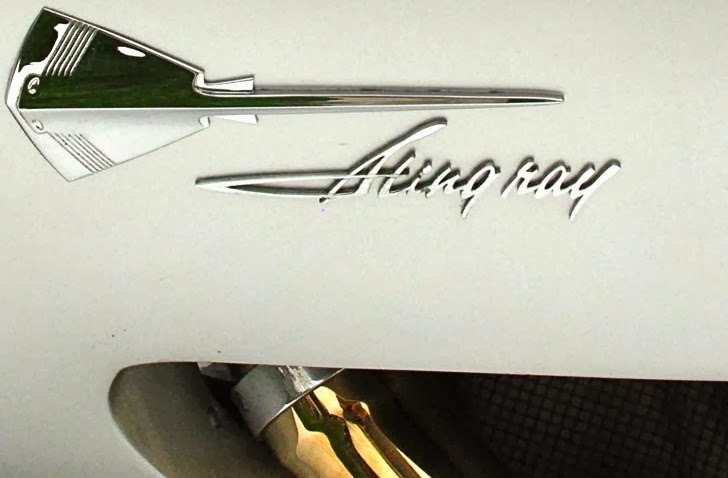 Mr. Datini’s explanation did little to clear up a lot of the confusion surrounding Chevrolet/GM’s XP87 name game. It appeared to shift the problem to in-house correspondence, press materials and the media. Since I started writing for car magazines in the late-1950s and named Editor of Custom Rodder and CAR, Speed & Style magazines in 1960, many of those press materials crossed my desk. Unfortunately few were saved. 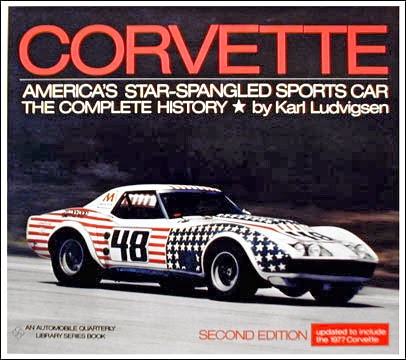 So I went through my archives and checked key Corvette books authored by highly respected historians and Corvette experts. Books that I’ve had in my library since prior to creating the first issue of VETTE in the mid-late-1970s. The oldest and what is arguably the best book in its field, CORVETTE, America’s Star Spangled Sports Car The Complete History was written by Karl Ludvigsen, one of the top automotive historians. The first edition in 1973, as well as later editions, devotes an entire chapter to STING RAY RACER. It should be noted that Karl, a friend for decades, also spent time at GM as a public relations executive. 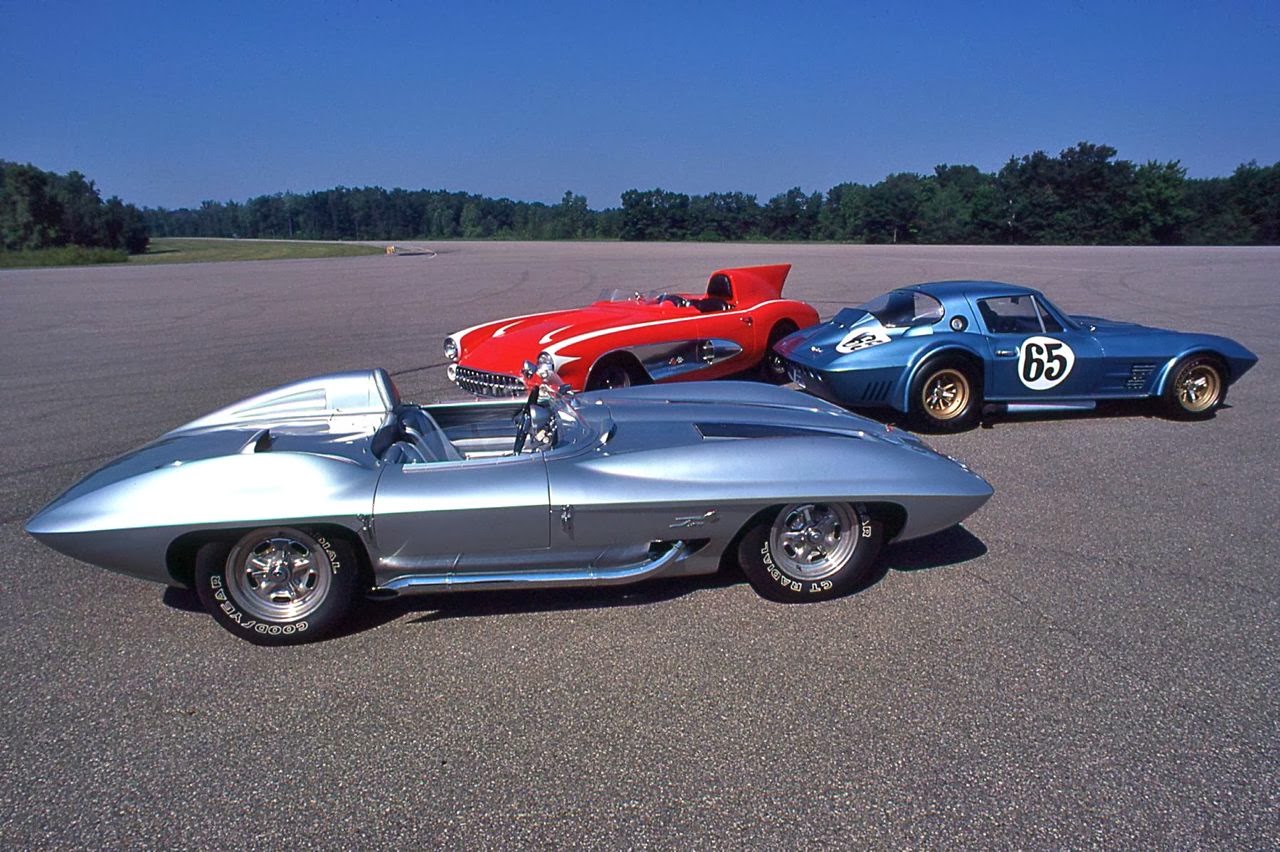 Shortly after starting VETTE, I photographed XP87 along with an SR-2 and a real Grand Sport Corvette, above, at GM’s Milford Proving Grounds. When I wrote the story, titled STERLING SILVER, in VETTE, all references to Mitchell’s ex-racer were Sting Ray.

At one point the only real Corvette magazine was CORVETTE NEWS, a slick professional publication published by Chevrolet’s Sales Department primarily for Corvette owners with
some media, dealer and internal GM distribution. In April 1960, Joe Pike took over as
Corvette Sales Promotion Manager and one of his responsibilities was content control of CORVETTE NEWS. And, he did an incredible job growing the magazine and creating Corvette Corrals at major sports car races. In Volume 5, Number 6, 1962, the cover story was
Two Exciting New Looks for Corvette; 1963 Coupe & Convertible, which included
references to the ex-Mitchell racer as Sting Ray! 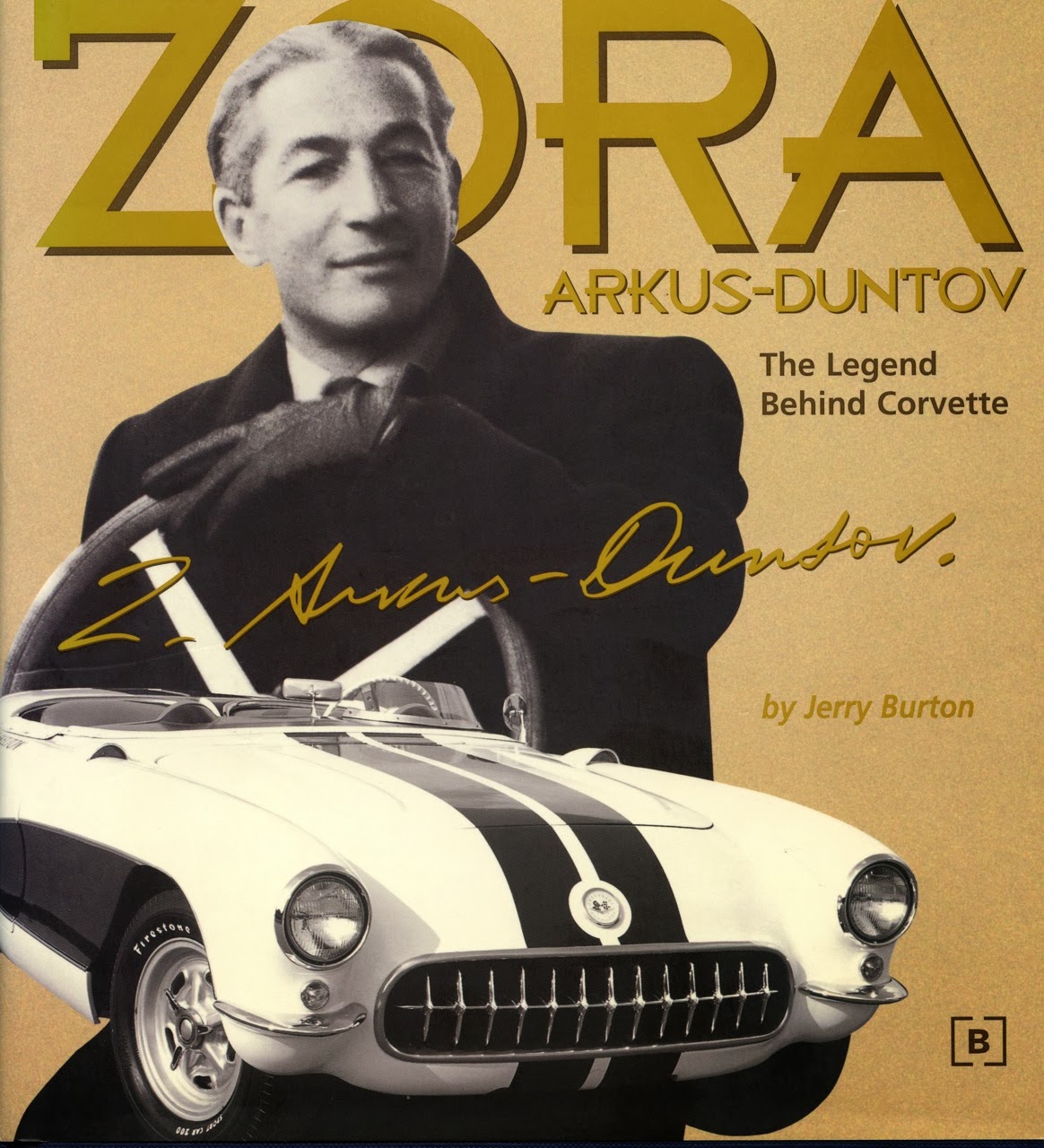 More recently Jerry Burton, also a respected author, Corvette enthusiast and very well connected at Chevrolet, wrote ZORA ARKUS-DUNTOV, The Legend Behind Corvette. It is the definitive book on the Corvette’s Godfather. In Chapter 16, Struggle Over the Sting Ray, there are copious references to “Mitchell’s Sting Ray Racer, which helped set the design direction for the second generation (1963-1967) Corvette.”

In the mid-late-1990s, leading American photo-realist artist and ex-GM designer, Peter Maier created a spectacular life-size 5 x 16-foot painting of the silver ex-Mitchell racecar, above, on a special aluminum canvas using proprietary DuPont automotive waterborne paints. The side logo is clearly shown in two words, Sting ray. Around 2003-2004, GM Design supplied Maier, under a GM license, digital files of the car’s logos and trim to be used for a poster, below. One of the files was of the script in two words, Sting ray! 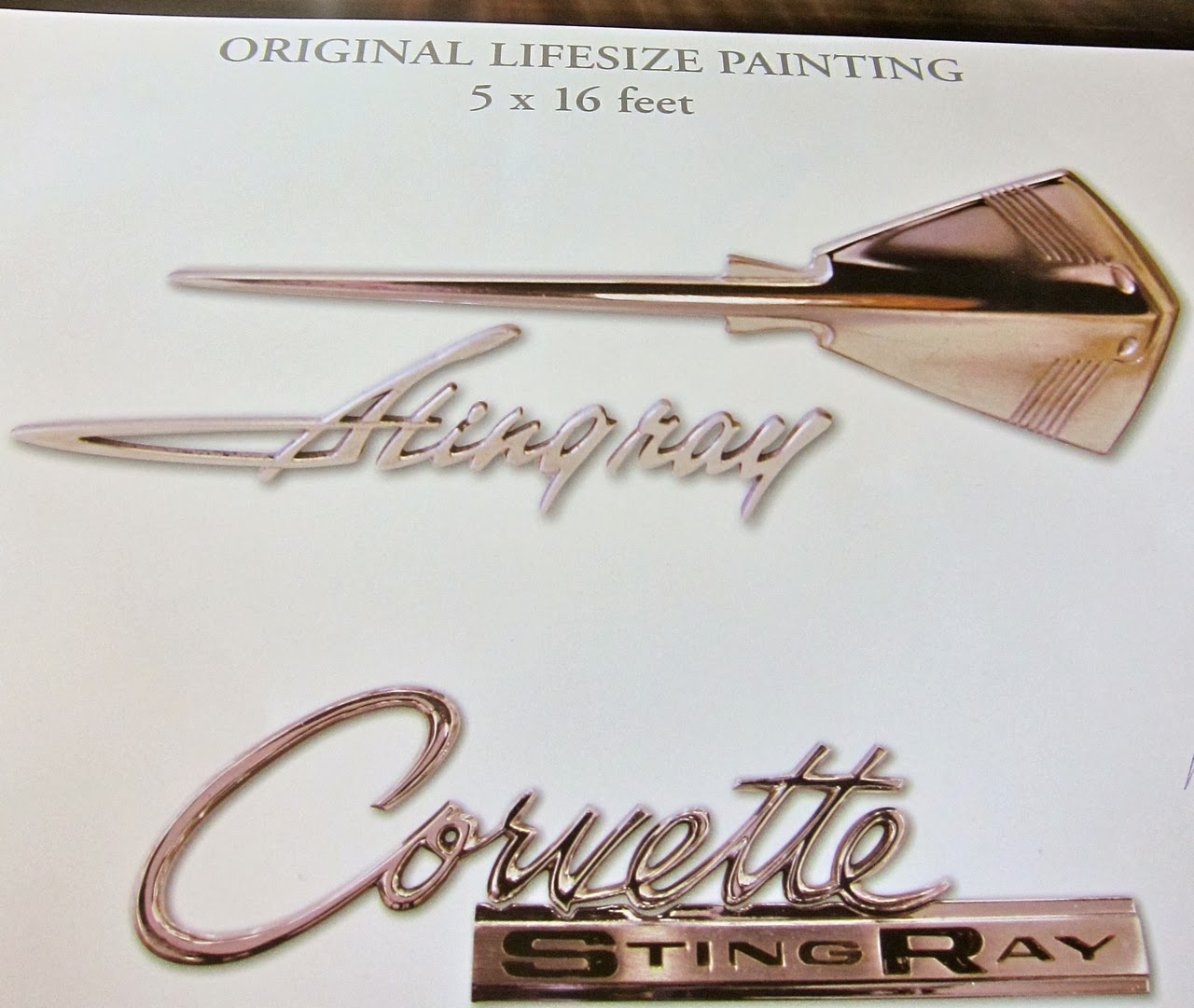 Fast-forward to the launch of the 2014 C7 Corvette Stingray, reflecting one-word Stingray branding that hadn’t been used on a Corvette since 1976. In tracing the Stingray heritage in C7 media materials, below, XP87-Corvette Sting Ray is shown as the first Stingray along with the 1963 Sting Ray and the latest iteration of America’s Sports Car. Somehow the 1969 Corvette Stingray, the actual first production Stingray is conspicuously missing!

Using the XP87-Corvette to help launch the new Sting Ray in 1962 was brilliant, pairing the two sexiest cars to come out of any U.S. automaker in modern times. Sexy enough to stand up to the best that styling studios in Europe had to offer, in Concept or production form. Just about everything else paled by comparison to the Sting Rays. 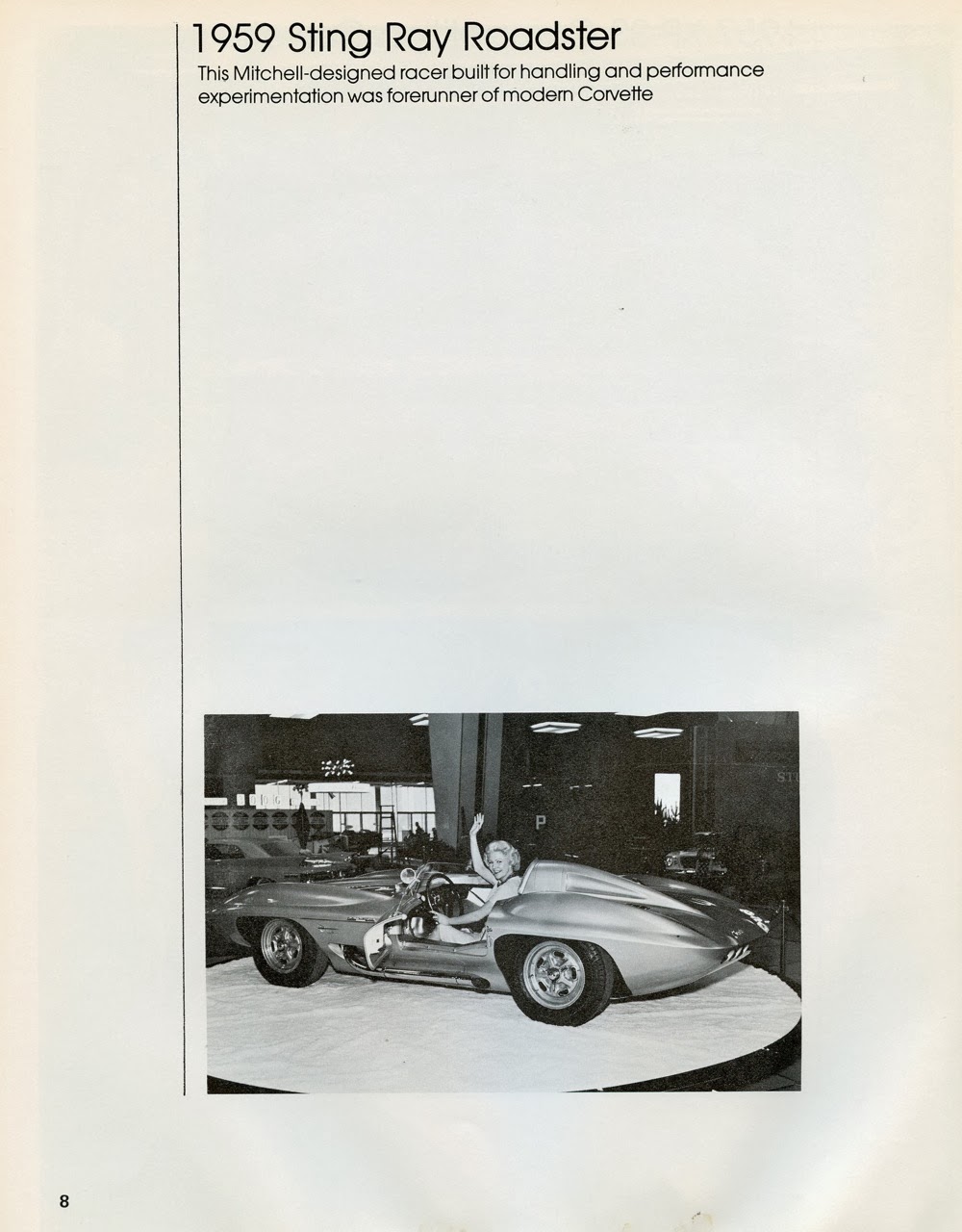 It’s totally understandable why GM insiders, enthusiasts and the media have been confused about the one-word/two-word branding of Mitchell’s racecar later XP87-Corvette Sting Ray. Regardless of branding, it remains an ageless/timeless treasure of American automotive styling that is as fresh and exciting today as it was a half-century ago.

Motor Trend published my explanation in the current April 2014 issue, on newsstands now. Gary Smith, an ex-GM designer also supported clearing up the confusion in his blog, http://deansgarage.com/2014/stingray-name-controversy/