C7R Motorsports driver and CarGuyChronicles.com contributor Stephen Cox didn’t have the car he wanted in qualifying for Friday night’s twin 50-lap Super Cup Stock Car Series events at Kingsport Speedway. But he was fast when it counted. 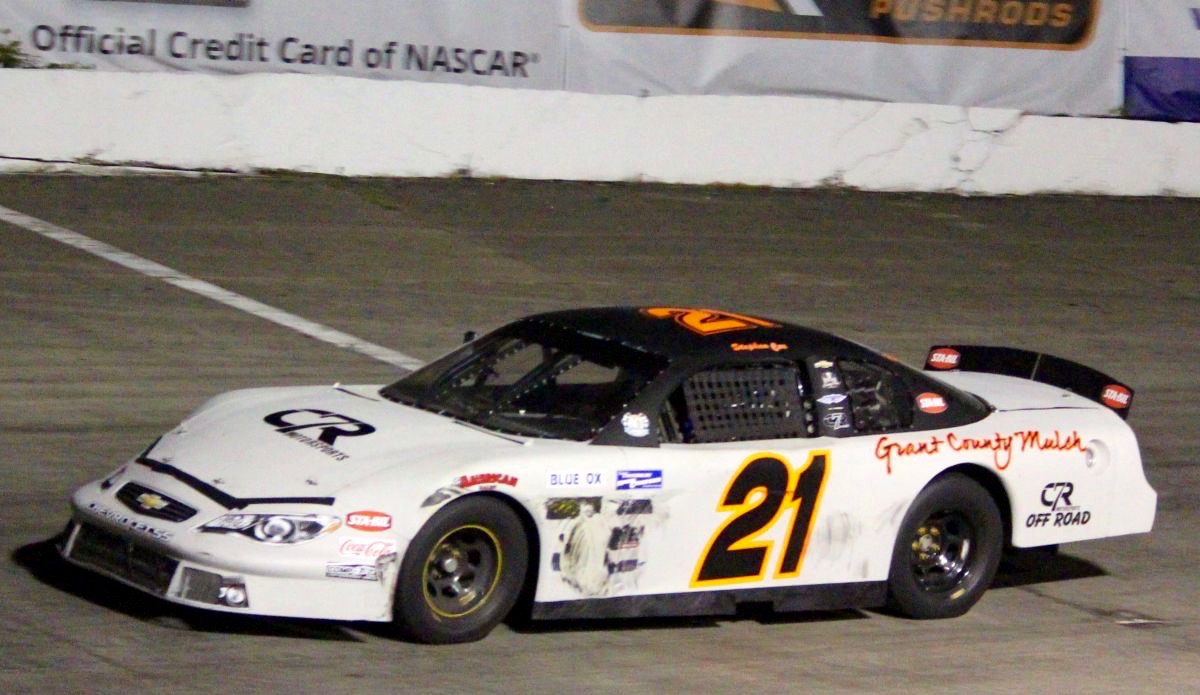 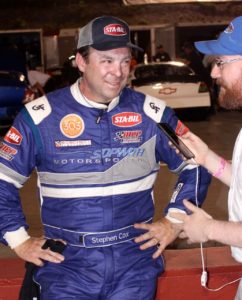 “The last caution came out with four laps to go,” Cox recalled. “I tried everything. I tried to push him down to the bottom of the track but he wouldn’t let me. I tried to sucker him into a bad re-start, but he didn’t go for it. Ben’s a veteran, he’s always super fast and he’s hard to fool. I gave it everything I had but in the end he was just a little faster than us.”

The second of the night’s twin main events came down to the same two drivers facing a green-white-checkered finish after a late caution flag. Cox again started on the outside and raced Ebeling wheel to wheel through Turn 2 before his STA-BIL Brand Fuel Stabilizer #21 Chevy ( https://www.facebook.com/STABILBrand/ )  got loose and he was forced to settle for second place, less than one second behind the winner. 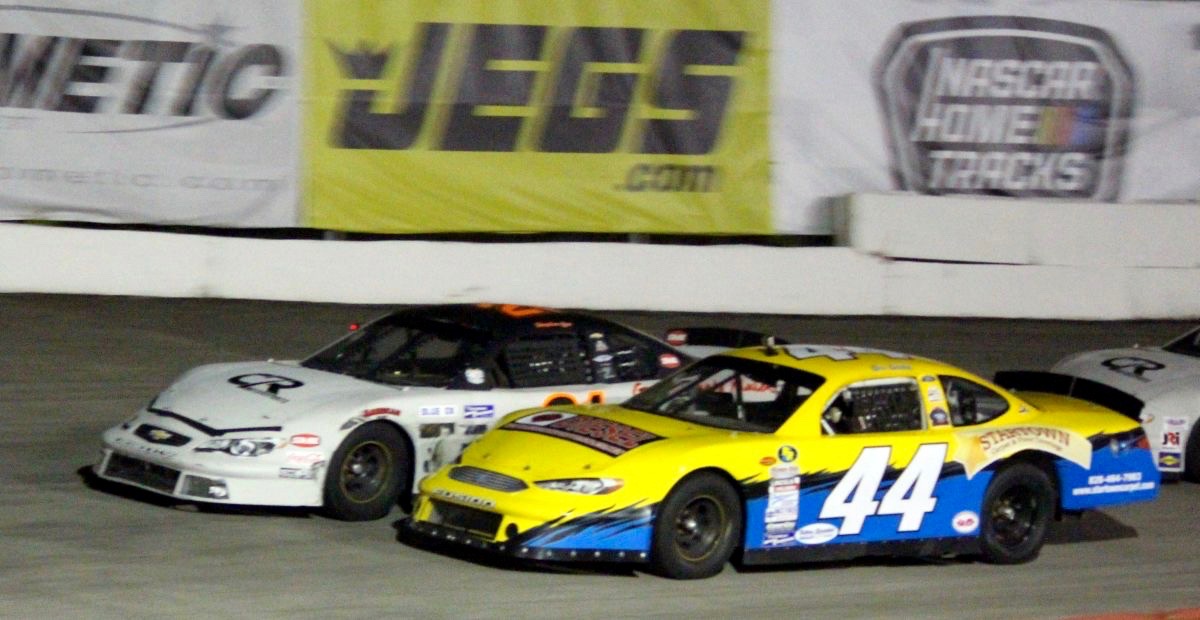 Cox was still pleased despite coming up a few car lengths short of victory for the second time in the same night. His team vaulted itself into contention for the Super Cup South Division championship title, and the Hard Charger Award topped off a successful weekend. The races will be televised on MavTV on Thursday, July 12 and July 26, at 12:30 pm and 3:30 pm Eastern.

Stephen Cox will take a break from his oval schedule to go road racing on July 14th at NASA’s “Fire on the Prairie” 6-hour endurance race at Heartland Park Topeka before returning to Super Cup Stock Car competition at Pennsylvania’s UMI Motorsports Park on July 21st.