Skip to content
Kicked off by a cruise & BBQ the day before, the State Street Nationals this past weekend lived up to it’s name: Santa Barbara’s Premier Car Show. 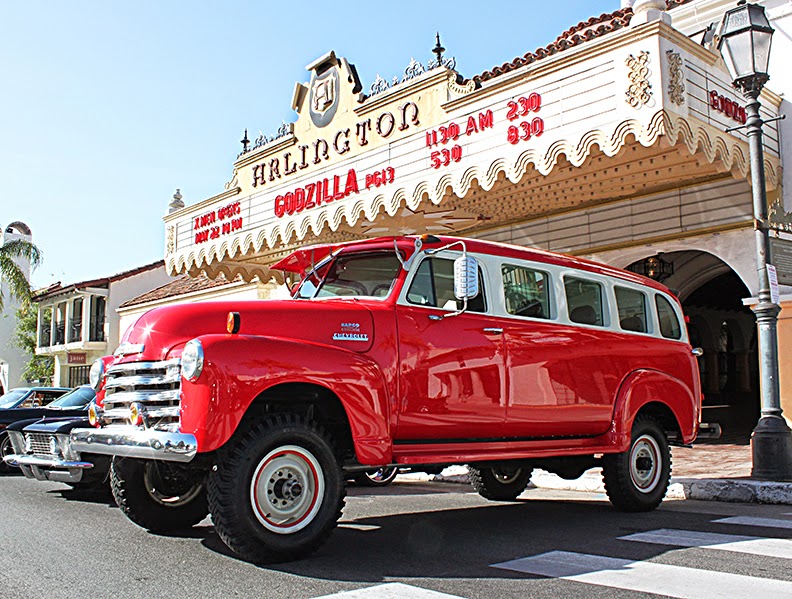 Held in downtown Santa Barbara on State Street this past Sunday, the State Street Nationals showcased some 350 cars spanning 11 picturesque blocks. Packed with great cars, enthusiasts and happy tourists from all parts of the country, the show was a rousing success. The theme this year was “BIG” right down to the flick playing in the Arlington Theater: GODZILLA! Stunning ’50 Chevy Crew Truck, above, gets its monster grip from its NAPCO Four-Wheel-Drive. 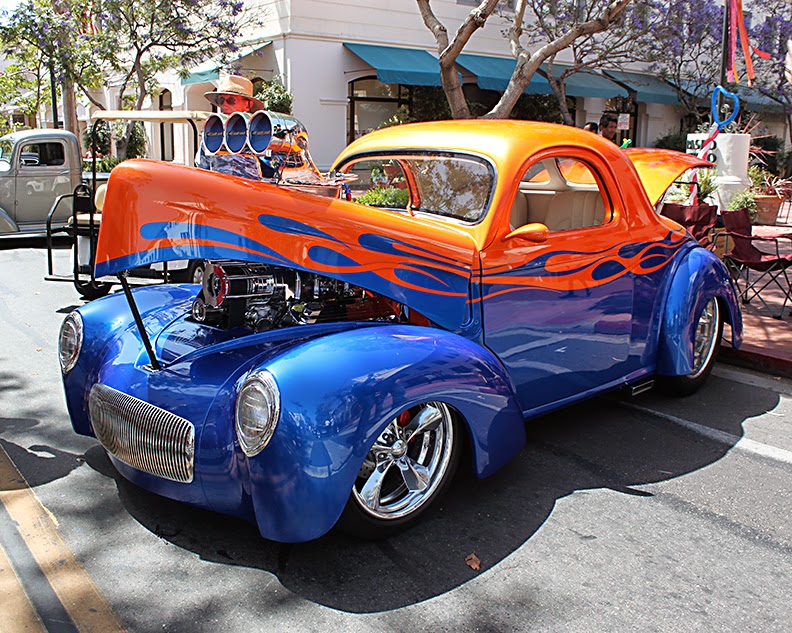 Did we mention there were BIG things at the show? This orange-flamed blown Willys looks large and menacing with bug-devouring butterflies reaching head-high above the roofline. 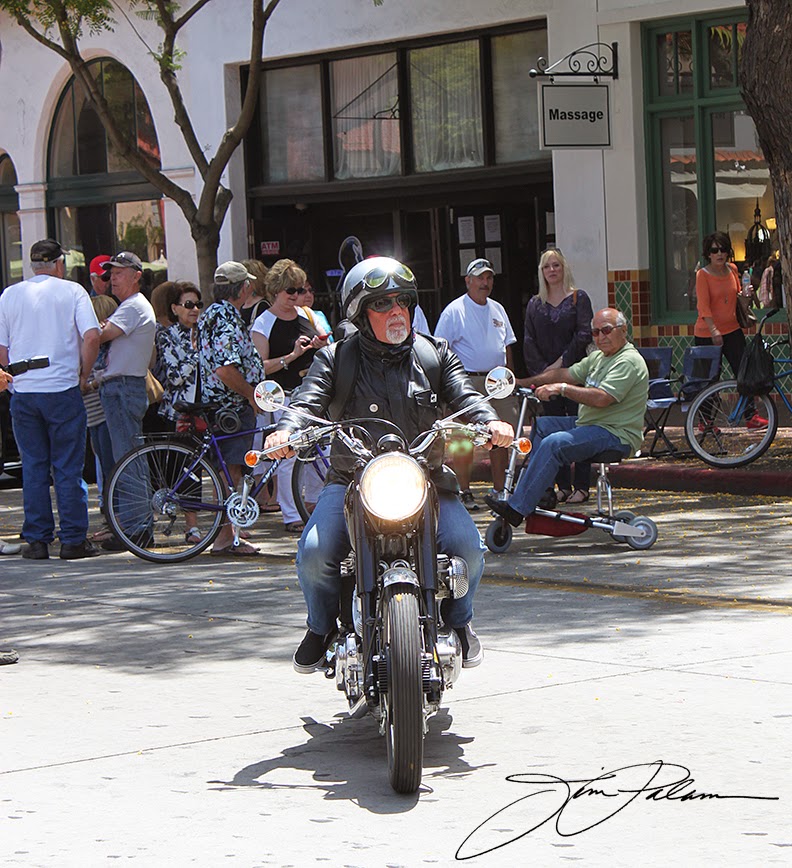 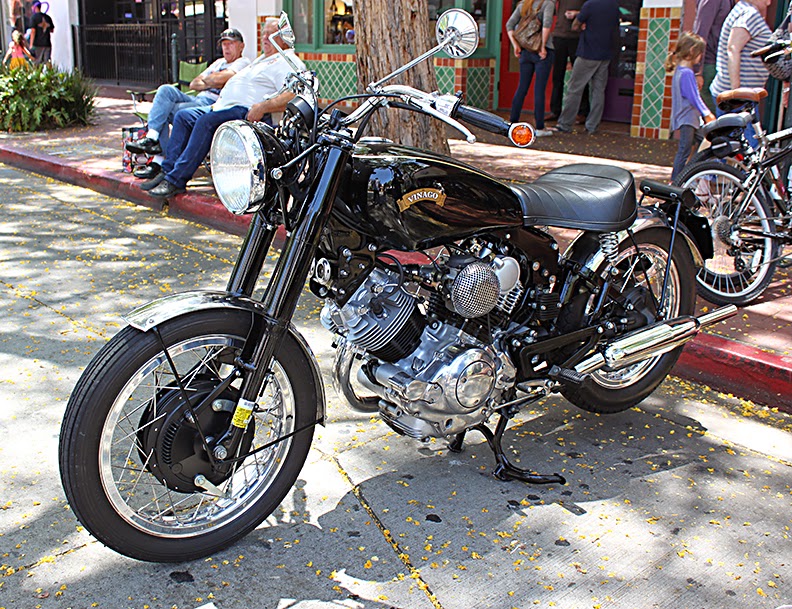 A BIG Show needs a BIG Star–and there he was–Billy Joel the “Piano Man” riding his custom 20th Century Cycles’ “Vinago” – a Vincent motorcycle distant-cousin built from a Yamaha Virago. Billy’s NY-plated Vinago is a comfy cafe racer with a throaty note and perfect detail. 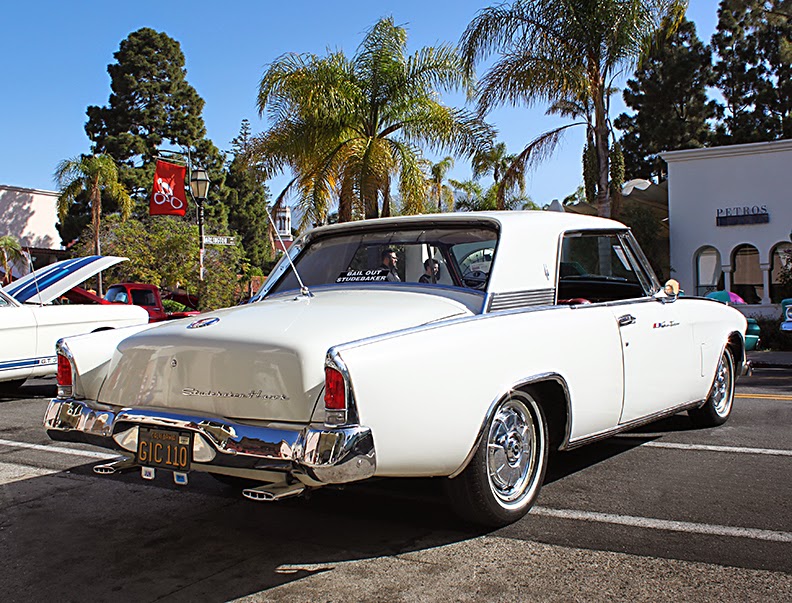 While Billy Joel was flying around Santa Barbara on his Vinago, this sleek ’64 Studebaker GT Hawk made a perfect landing in the hearts of show attendees. It’s powered by a 289 Thunderbolt V-8 backed up by a Flight-O-Matic transmission. 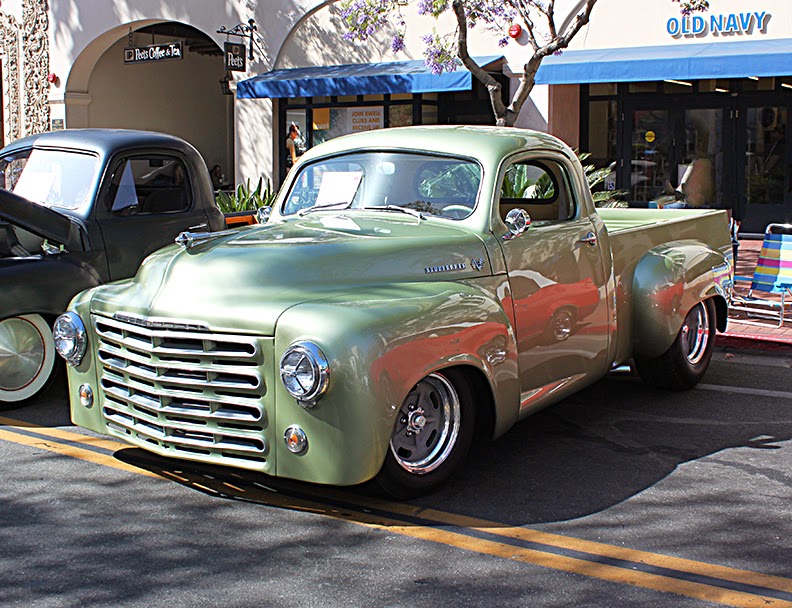 Speaking of Studebakers, this metallic mint ’49 pickup was refreshingly flameless and all business – thanks to owners Pete & Kristen Thomsen of Solvang, CA. 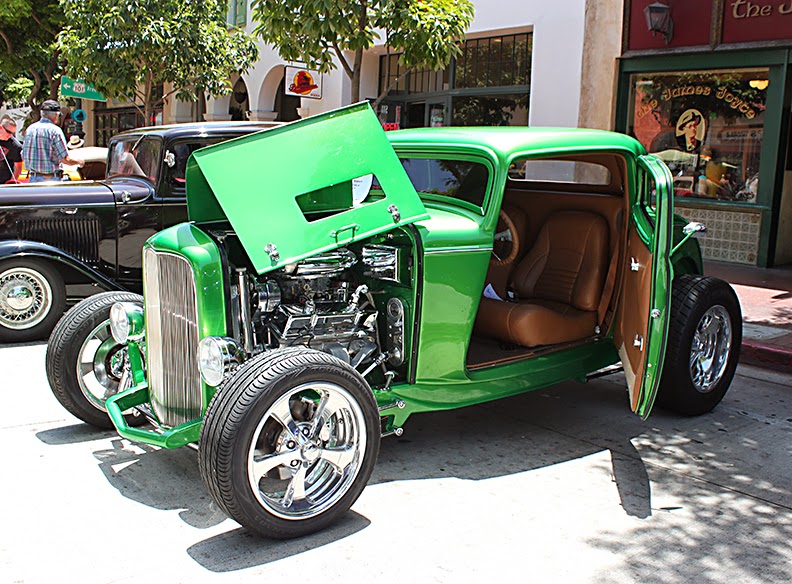 Santa Barbara has long been known for its environmentally-friendly Green Movement, but I’m not sure the fossil-free crowd had this ’32, three-window coupe in mind as a symbol for
moving ahead in a green direction! 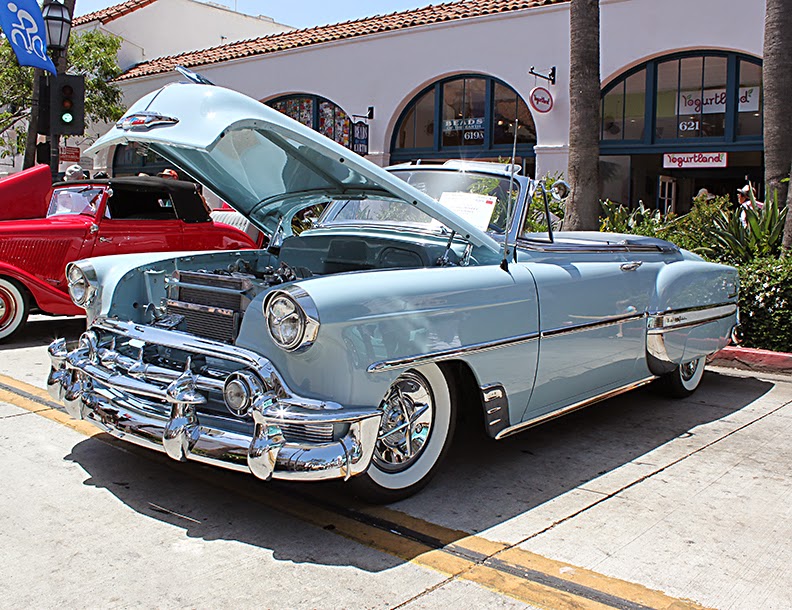 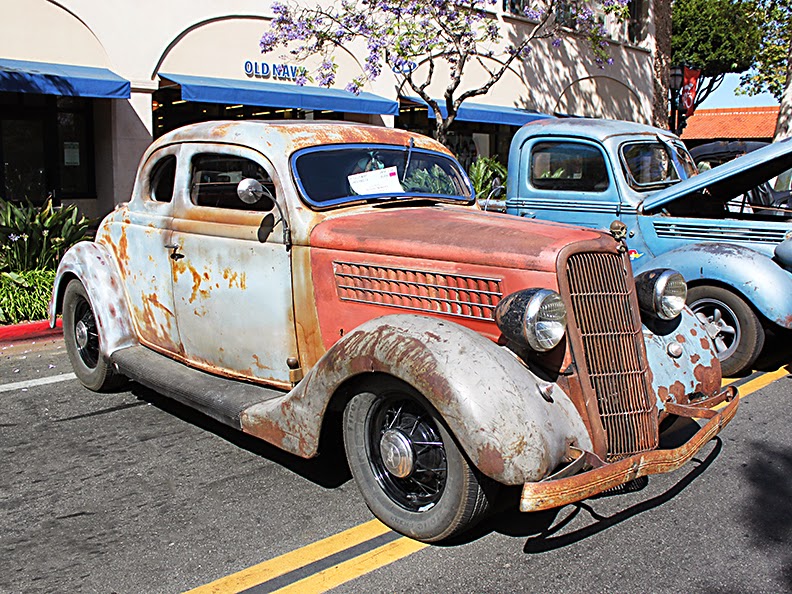 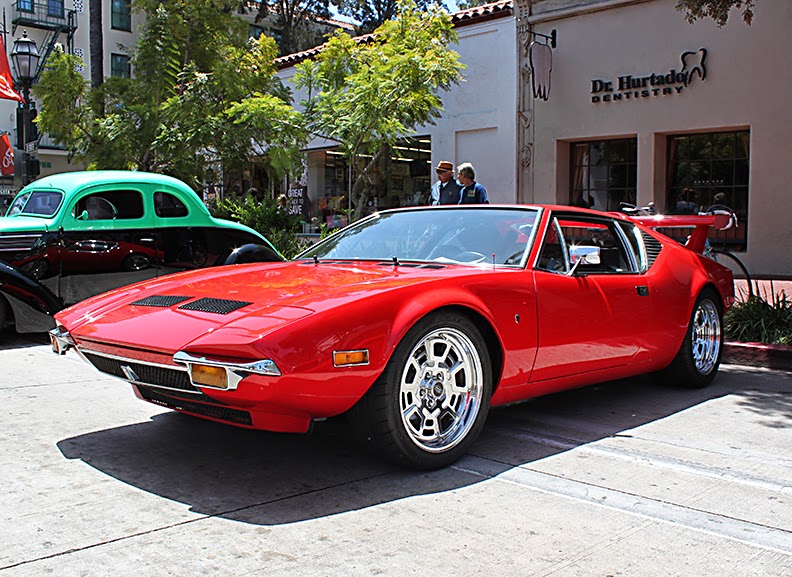 Vik Martyniuk is a master Ferrari, Lamborghini, Aston Martin and Maserati mechanic, but he prefers the racy thrills he gets from his winged red ’72 DeTomaso Pantera.