Recommended reading from Keith Cornett, CorvetteBlogger and founder of VetteFinders. Not only a ‘pretty face’, CORVETTE SPECIAL EDITIONS is an invaluable resource for information about iconic and collectible performance models. 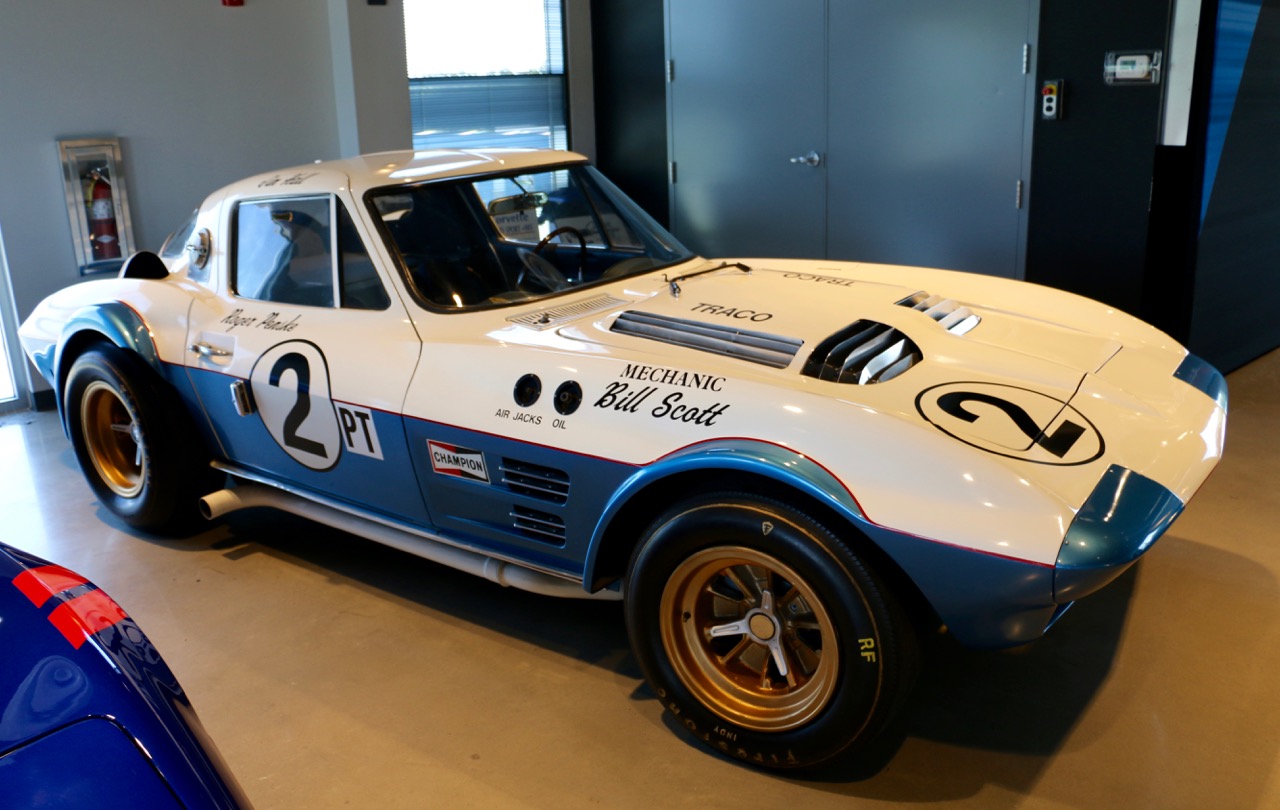 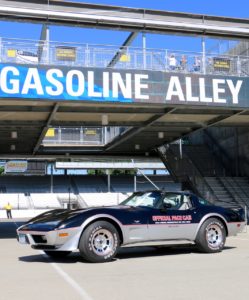 At first glance, Keith Cornett’s new book is a little misleading. The title does not reveal the wealth of photography and information that goes well beyond Special Editions. To many, Special Editions often refers to Indy Pace Car replicas, commemorative models celebrating racing victories, anniversaries, performance achievements, regional editions, or a particular individual who has devoted a great deal of his life to elevating the status of the Corvette. It is all that, but so much more.

CORVETTE SPECIAL EDITIONS is way beyond the 43 official Chevrolet limited production, special edition Corvettes starting with the 1978 Silver Anniversary and Indy 500 Pace Car replica and ending with the 2018 Carbon 65 I found the most interesting sections of this book are devoted to the history of the Corvette and iconic road and track performance models that are coveted by serious collectors. 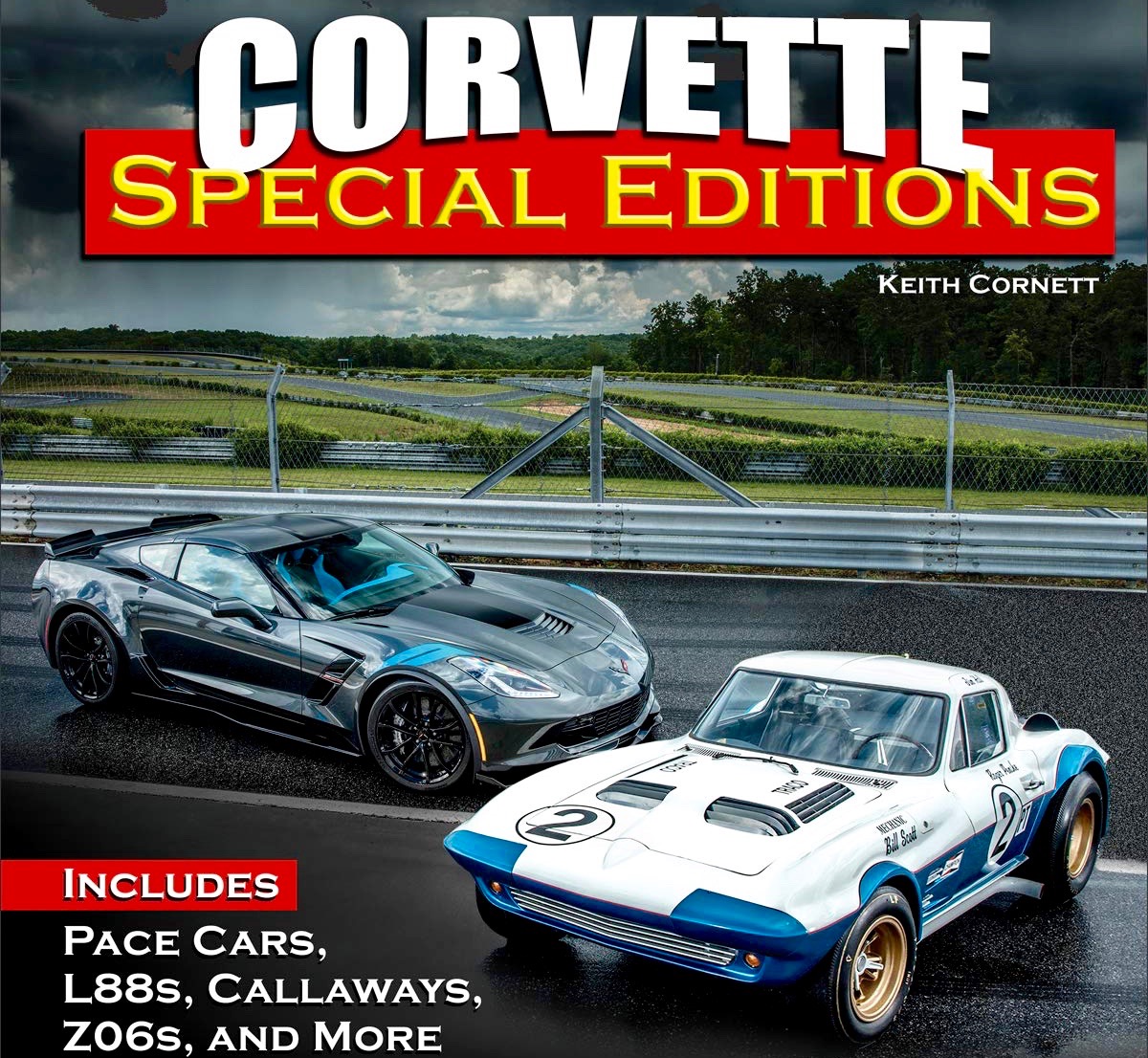 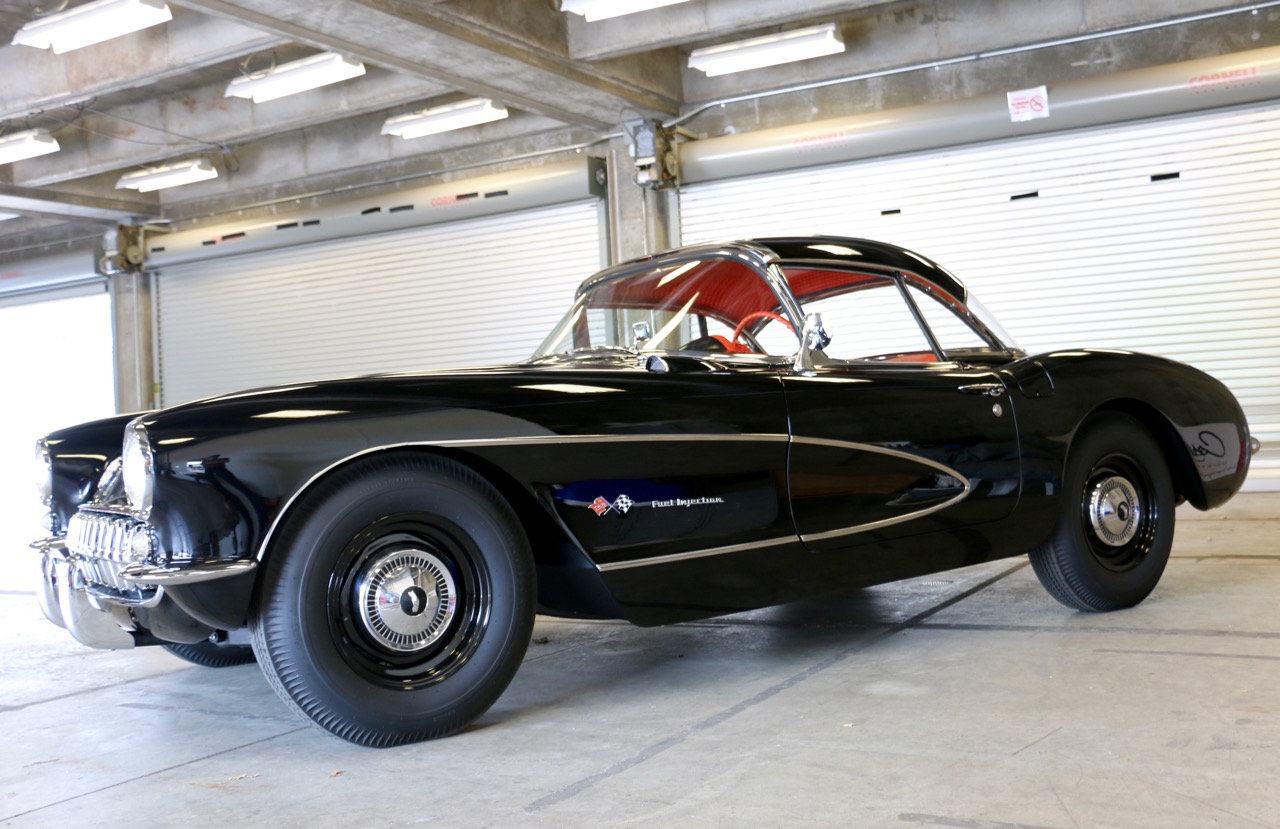 Even the first Corvette in 1953 must be considered a “special edition” since only 300 were built! Coverage of low-volume, track-oriented Corvettes started when Zora Arkus-Duntov convinced the powers at Chevrolet of the value of being involved in sports car racing. Nothing showcases Duntov’s position more than the first fuel-injected, four-speed, 283/283 ’57 Corvette with RPO 579D “Airbox” option. Just 43 were built and they led the charge to the Corvette earning America’s Sports Car cred! Great coverage on a black Airbox car, above, with coke-bottle hubcaps tells the unique option’s story. 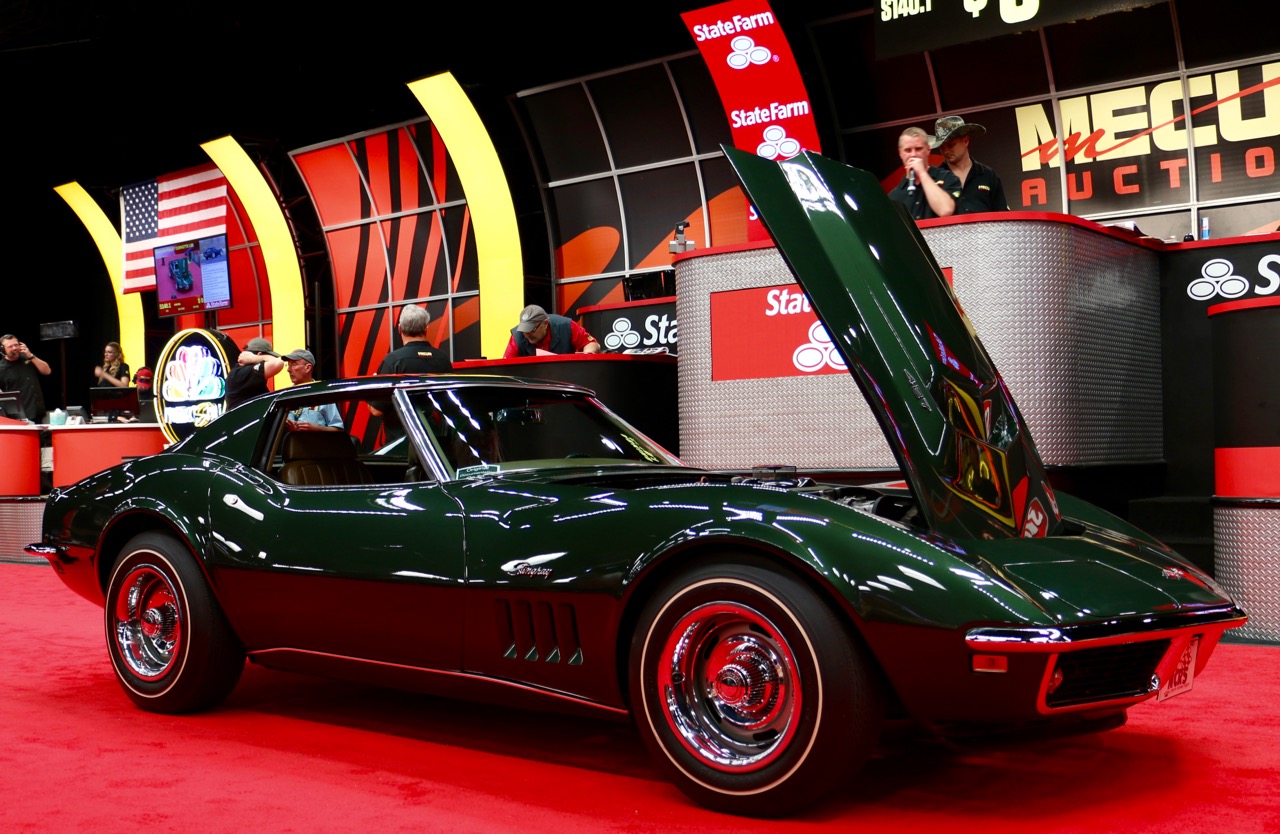 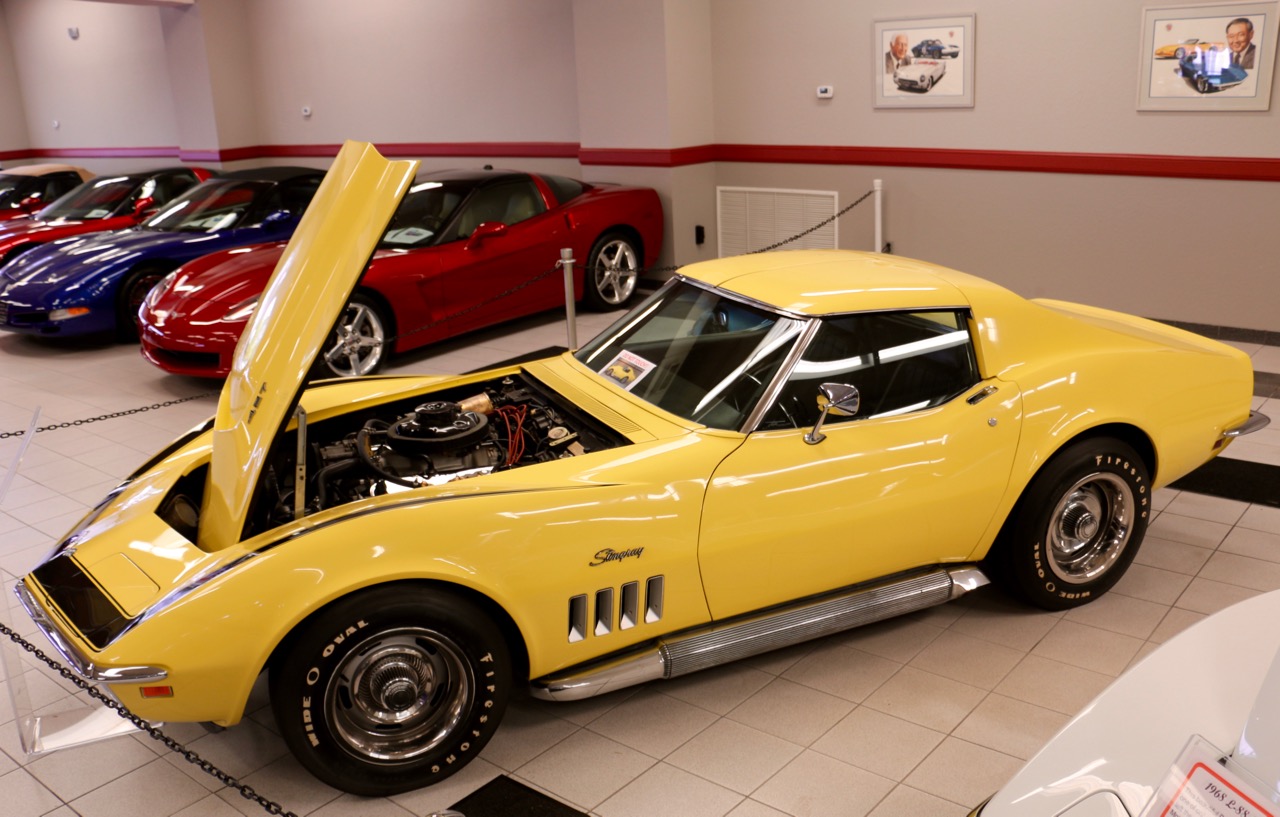 After Keith runs out of actual factory production Special Editions, like the Grand Sport, Z06 Sting Ray, 1967-1969 aluminum-head big-block L88s, above, the yellow all-aluminum big-block ZL1, above, and Zora’s hardcore ZR1small-block and ZR2 big-block Stingrays, he focuses on low-volume, very-special-edition “tuner” Corvettes that go one step beyond what the factory could do. Corvette-based, tuner cars and their builders make up one of the most interesting chapters, Chapter 6, DEALERS, TUNERS, AND THIRD-PARTY SPECIAL EDITIONS. 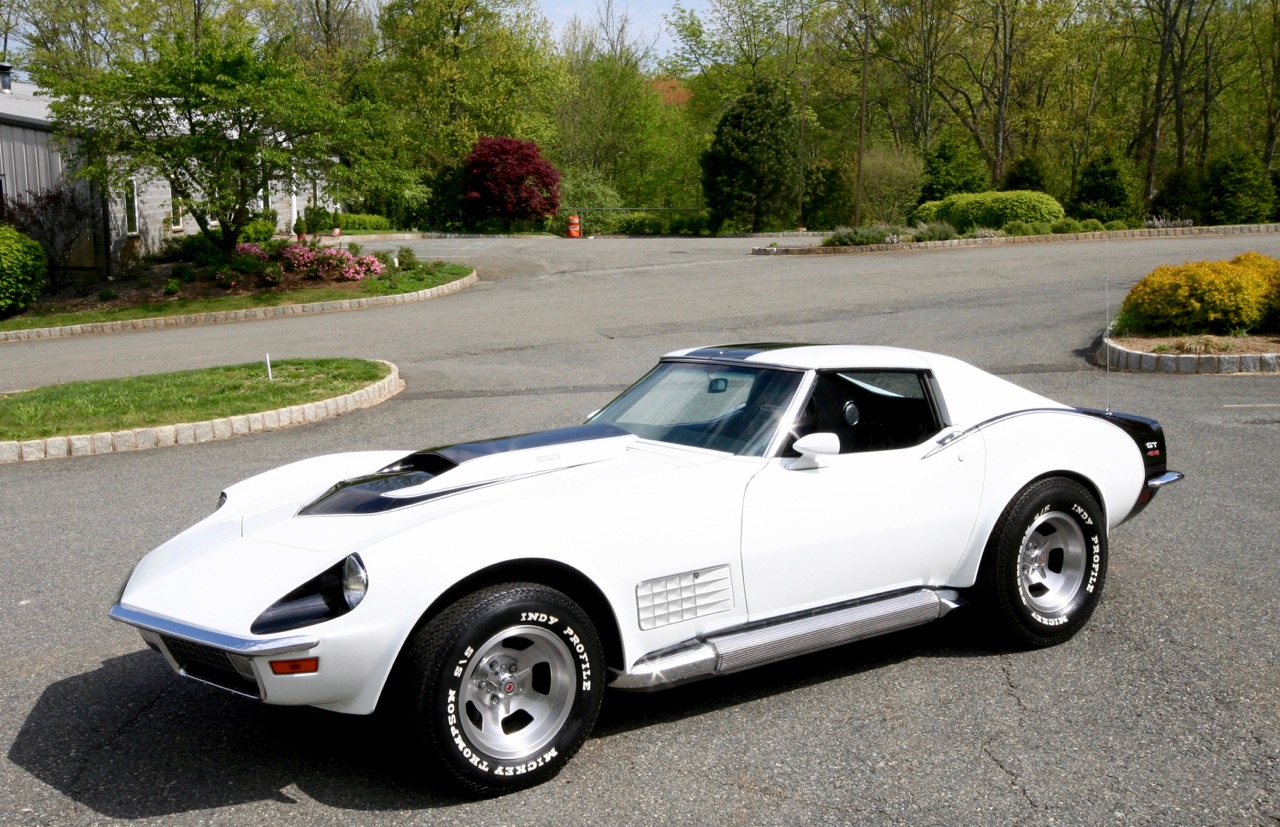 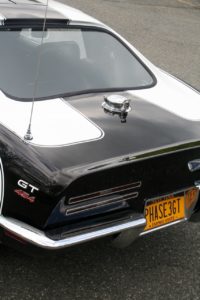 Many, like the Baldwin-Motion Phase III, Maco Shark, Manta Ray, Can-Am Spyder and the ultimate Phase III GT Corvette, above & right, were created by Joel Rosen between 1968 and 1974, were built to order. Horsepower started around 500 and, like Alice’s Restaurant, “you could get anything you want!” 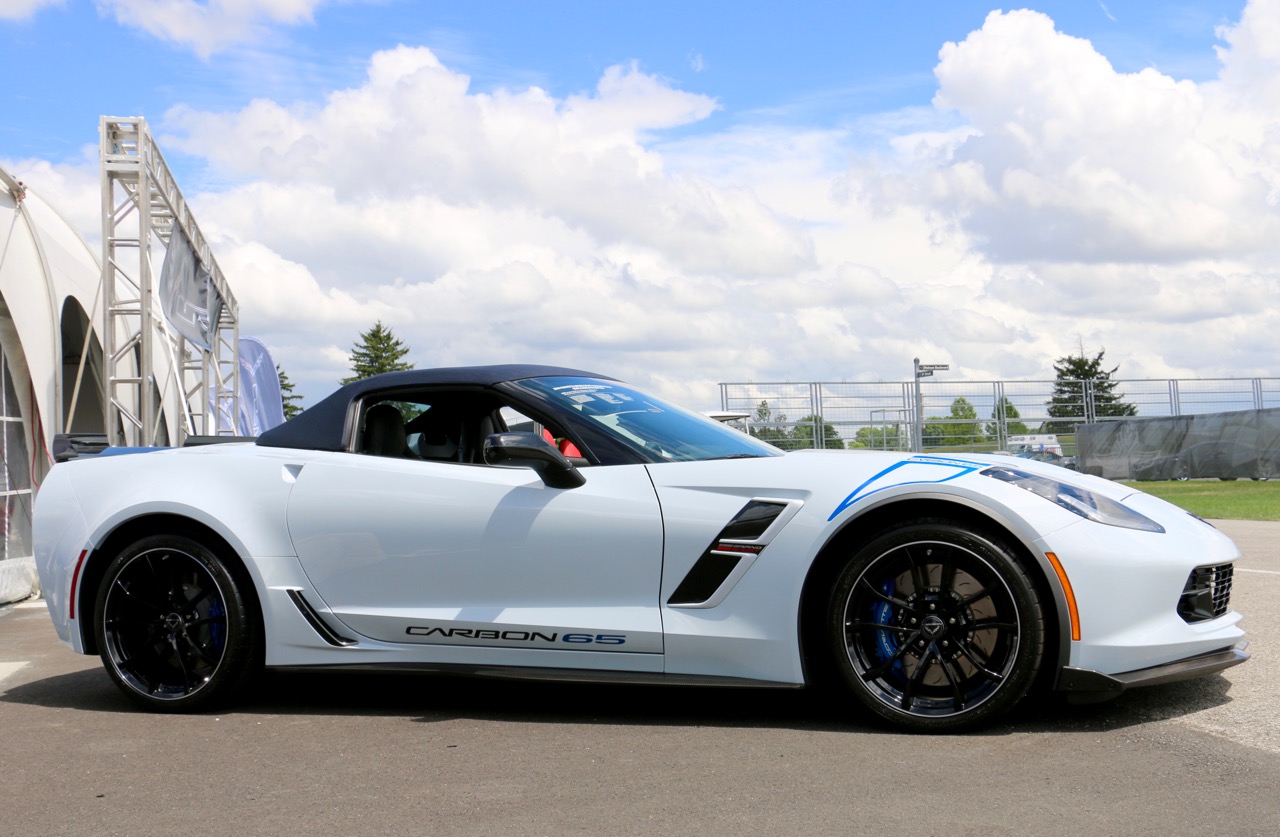 If you are interested in a signed copy, please visit https://www.corvettespecialeditions.com/