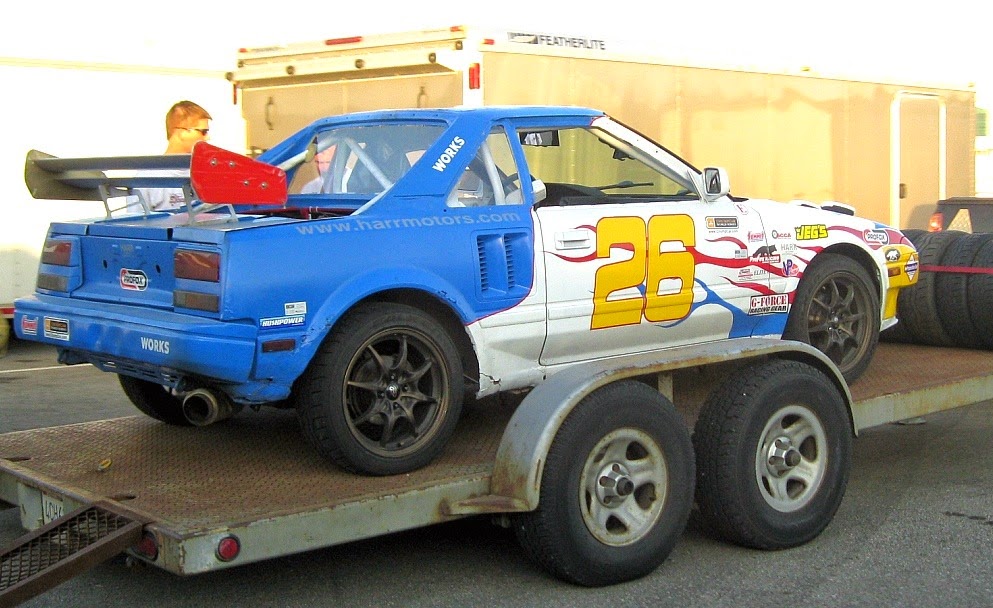 Once upon a time, entry level stock car divisions at local bullrings across the country were filled with the glorious growl of American V8 engines. They were called “Hobby Stocks,” “Pure Stocks” or “Street Stocks.” A few unimaginative promoters condemned them as “Bombers” or “Thundercars,” as if any fool would want to drive a car so named.

But regardless of the title, entry-level stock car fields at local racetracks were stuffed with mid-sized, V8-powered American automobiles throughout the 1970s, 80s and 90s. Most of them were genuinely nice looking cars. They may have been beaten up at the racetrack, but at least they started life with an attractive shape. The car of choice for many was the Chevelle, but the Nova, Camaro, Mustang, Grand Torino, Cutlass and many others proliferated.

For three decades the Hobby Stock classes drew more entries than anything else at short tracks nationwide. Why? Because the cars were available.

In the late-1980s a high mileage, 350-powered ‘72 Camaro was considered a gas-guzzling clunker. You could find them on any street corner for less than a thousand bucks. But those cars are history today. Last fall I was at North Carolina’s Hickory Motor Speedway, hanging out with my pit crew in the infield and watching the support races prior to our event. When the V8 Hobby Stock class rolled onto the track, they had six cars in the entire field. A few minutes later the front-wheel-drive, four-cylinder division put 30 cars on the grid!

The four-cylinder classes are growing wildly. They are called by different names in different areas. On the East coast they’re “U-Cars.” In some areas they’re called “FFWD” (Four-Cylinder, Front-Wheel-Drive). In the Midwest, “Hornets.” Don’t blame me. I’m just the messenger!

And this isn’t just happening at Hickory. More than 40 U-Car entries showed up at West Virginia’s Ona Speedway last month. Even on road courses, the LeMons series for sub-500 dollar cars draws 40-60 entries, many of which are four-cylinder machines. Their West Coast fields are enormous and they pull in big crowds.

These are the unintended consequences of government regulations that forced car manufacturers to meet arbitrary fuel mileage minimums beginning in the early-1970s. The traditional mid-sized V8 that most consumers wanted was legislated off the roadways and replaced with a tidal wave of lightweight, underpowered cars that were justifiably snubbed
by enthusiasts everywhere. 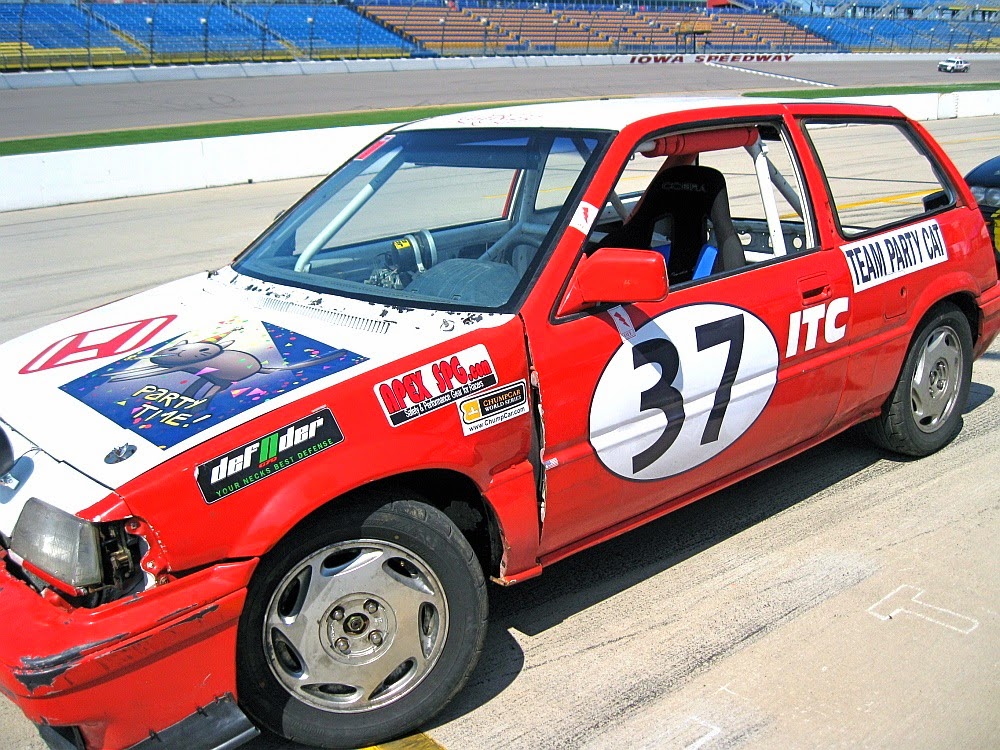 But just like the sexy Camaros and Monte Carlos of the 1970s, these el-cheapo four-cylinder machines are now available on every street corner for next to nothing. Sadly, most of them are ugly as sin. They either bear a frightening likeness to a soap bubble or appear to be the lovechild of an unholy union between an Opel GT and a K-Car!

But grassroots racing has always been built around whatever cars were cheap and plentiful. The cheap, plentiful cars of today are front-wheel-drive, four-cylinder pieces of bovine excrement. It took thirty years for the unintended consequences of government criminality to trickle down and afflict racetracks, but lo, the plague is now upon us.

Yes, we are currently enjoying a revival of the muscle car era, but don’t expect today’s Mustangs and Camaros to save the Hobby Stock classes of the future. Additional fleet mileage regulations are coming down the pike that will soon impact the best performing cars on the road, although it appears those who passed them will unfortunately survive.

Automakers are already preparing for the inevitable carnage. Chrysler is considering selling off its beautiful Viper. Chevy is desperately working to save the Corvette, whose 60-year reign as America’s sports car hangs by a thread. In order to keep those incredible new Mustangs and Camaros in production, Ford and Chevy must pawn off even more hybrid abominations to maintain the fleet average. And they will do whatever possible to save performance cars.

The golden era of grassroots, V8-powered American Hobby Stock racing is gone, and as Laura Branigan once sang, I “don’t believe it’s coming back soon.” 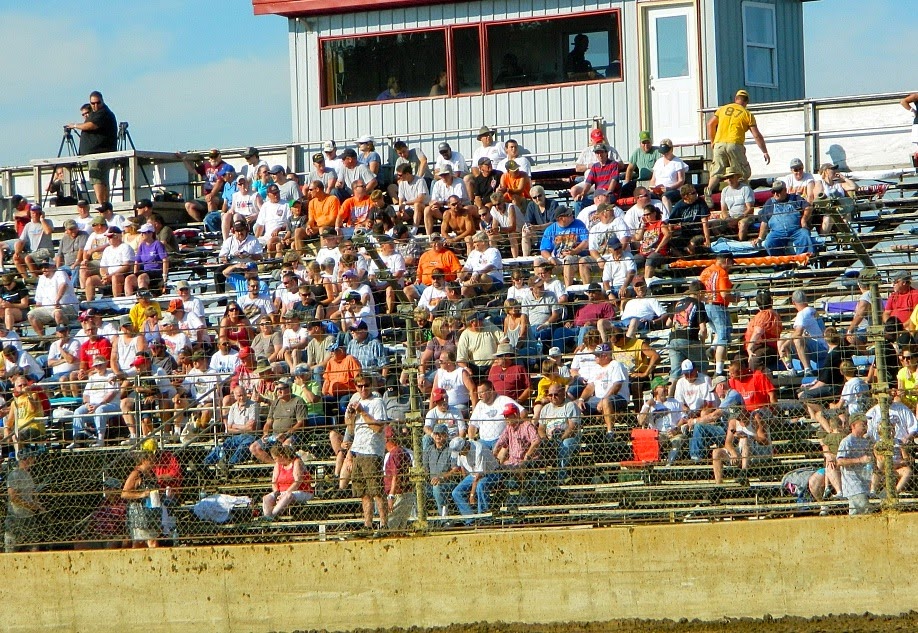 I was chatting with the owner of one of America’s oldest quarter-mile dirt tracks a few weeks ago. When he asked my thoughts on how to better market the facility and attract more race teams, my response was simple: focus on the grassroots four-cylinder class. Like it or not, these are now the only dirt cheap, mass-produced cars available to entry-level drivers.

Each race team will bring an average of 5-7 people, from crewmen to family members. These people buy tickets, pit passes and concessions. And fans show up to watch 30 cars race, not 6.

The four-cylinder, front-drive cars put on a good show, are somewhat equal in performance, and are forgiving of mistakes by new drivers. And they are the only short track class that consistently shows real growth and a potential new revenue base in a declining economy. For better or worse, four-cylinder grassroots racecars are here to stay. Better get used to it.

Stephen Cox is a racer and co-host of TV coverage of Mecum Auctions (NBCSN), sponsored by:    http://boschett-timepieces.com/
http://www.mcgunegillengines.com/