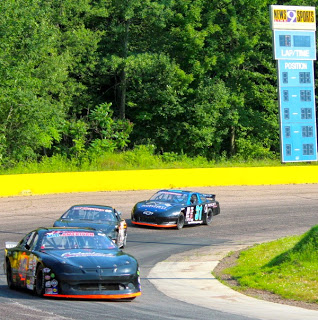 For 48 years, race fans have sojourned to Rockford Speedway in northern Illinois to watch the finest short track stock car drivers in the world compete for the national title. Rockford is the ultimate bullring. Built in 1948, the speedway remains the oldest continuously operated sports venue in the region. Rockford’s quarter-mile, high-banked oval has graduated as many racing greats as any racetrack on the continent. Everyone who is anyone has raced there: Alan Kulwicki, Ted Musgrave, Greg Biffle, Scott Wimmer, Matt Kenseth and many more.

This coming weekend brings the 48th edition of short track racing’s crown jewel, the National Short Track Championships (NSTC) at Rockford Speedway, which will draw legions of fans from across the country. Local heroes will mix it up against the stars of the Midwest’s major touring series in a string of national title events from Friday through Sunday. Saturday night features a 108-lap Big 8 Late Model headliner and Illini Racing Series open-wheel midgets. 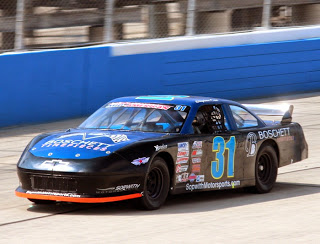 The Mid-American Stock Car Series, widely regarded as the highest level of sportsman racing in the country, is scheduled for Sunday afternoon, along with a 200-lap Super Late Model feature. Check out the schedule, http://rockfordspeedway.com/pdfs/NSTCschedule_01.pdf

This past week I had a chance to speak with Rockford Speedway’s personable and well-spoken manager, Gregg McKarns, about the National Short Track Championship.

SC: Tell me about the history of the National Short Track Championship.

GM: It’s really the first big, end-of-the-year special event in short track racing. It started in 1966 with Dick Trickle who won the first event and it took off from there. There’s such history behind each one of these weekends, from Joe Shear, who is a Midwest legend, to Tim Fedewa breaking through with his win in 1989.

SC: I know a lot of famous drivers have tried to win this race. Can you name a few of them?

GM: You just go through the results of drivers who have competed in the Short Track National Championships, from guys that won it like Mark Martin, to other guys who used it to bolster their career like Jamie McMurray or Clint Bowyer. A Who’s Who of Stock Car Racing in America has graced the high banks of Rockford Speedway in the last 48 years; that’s a tradition we’re proud to continue today. 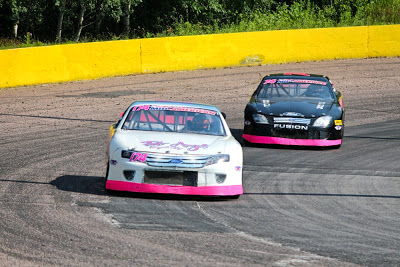 SC: How would you explain the importance of this event to someone who’s not really familiar with American short track racing?

GM: It’s a big deal. Whether it’s the Big 8 Series on Saturday night or the Mid-American Series on Sunday afternoon, right down to the entry-level divisions that run on Friday night, it’s a big deal for these guys. From setting fast time and getting the “Faster Than a Speeding Bullet” award, which is an old World War II bullet casing, to winning the feature event and putting
their name up on the track’s history board, it’s a big deal. If you find Victory Lane at the National Short Track Championships, you beat the best of your peers and pulled it
together on what is a really tough track to conquer.

SC: It’s apparently big enough to bring NASCAR’s Rich Bickle back for another try. He nearly won in 2011, won it last year, and I hear he’s retiring shortly after this race.

GM: Yeah, this is cool. Rich Bickle won this race back in 1990, and then he came back last year to muscle his way to the front. He’d been in contention for basically the last five years since he came back to the short tracks from his NASCAR career. He’d been in contention but hadn’t been able to pull off the win. It was cool to see him cross the finish line first and wear the wreath in Victory Lane. He and his crew and a bunch of us, myself included, celebrated to the early hours of the morning. It was a memorable moment. 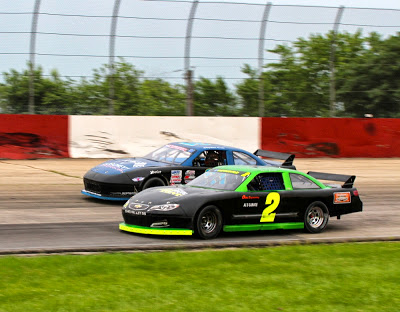 SC: A lot of short tracks are in trouble right now, but Rockford seems to keep building. How important is the history of this race to that success?

GM: It’s important to have that heritage and to have those marquee events that people put on their calendar year in and year out. Luckily, we have a foundation here. Whether it’s the
Spring Classic that kicks off the short track season for asphalt racing in the Midwest,
or the National Short Track Championships at the end of the year, we have those events
that have that rich history and have become traditional events for fans and drivers alike.
We’re very fortunate and don’t take it for granted.