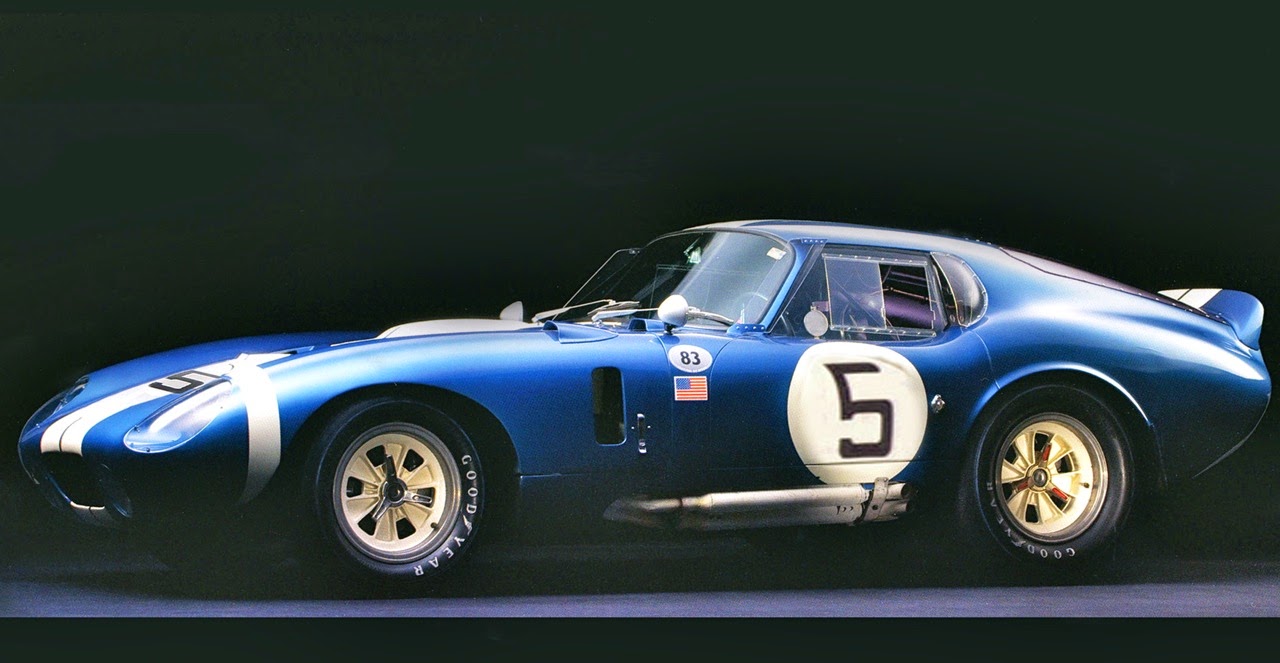 Almost 50 years after its historic victory at the 24 Hours of Le Mans, Shelby Cobra Daytona Coupe CSX2299 will return to Southern California to headline the second annual Carroll Shelby Tribute and Car Show on Saturday, May 17, 2014. The event will raise money for the Carroll Shelby Foundation and new museum. CSX2299 was the second Coupe built and the first completed at Carrozzeria Gransport in Modena, Italy. Powered by a 289 Ford small-block and fitted with the Peter Brock designed aerodynamic body, it competed in nine FIA races.

At Le Mans in 1964, Ferrari entered four GTOs and the race featured a pitched battle between Shelby and Ferrari for the GT class. Drivers Gurney and Bondurant, clocked over 196 mph on the Mulsanne straight in CSX2299 and took First in the GT III class. Joe Schlesser drove it at Daytona in 1965, finishing between a pair of GT 40s to win its class and come in Second Overall. This helped the Shelby American team take the World Manufacturers Championship from Ferrari in 1965. CSX2299 is currently owned by Larry H. Miller and resides at the Miller Motorsports Park Museum in Tooele, UT.

For more information about the Carroll Shelby Foundation and the event, please visit http://www.cscf.org/