Read about The Renegades Who Built the Cars, Won the Races, and Lived the Legend in Preston Lerner’s SHELBY AMERICAN, THE BOOK! 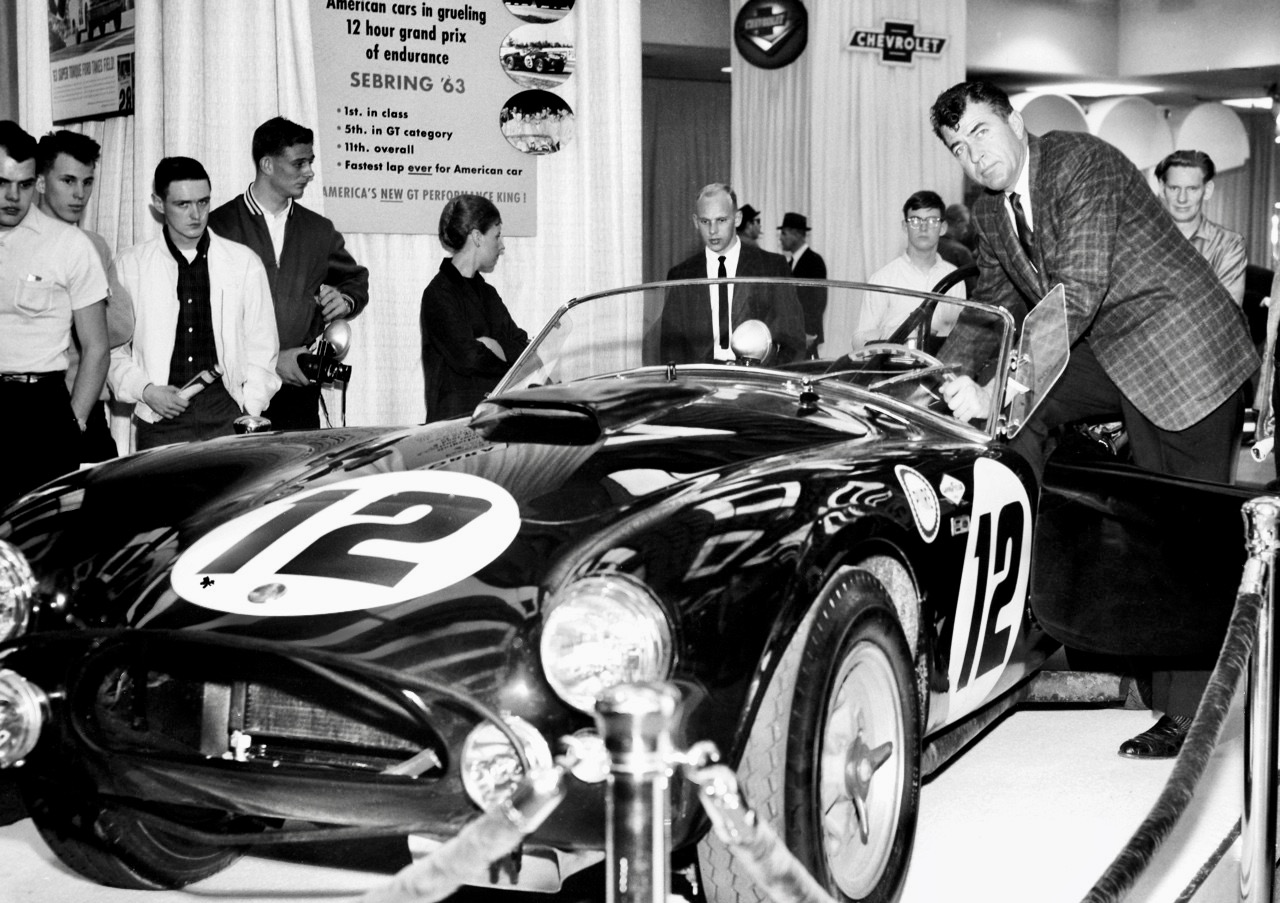 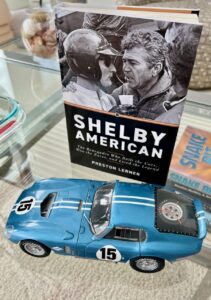 Carroll Shelby is an American hero and he’s been my personal hero since first meeting him in mid-1963. When he launched Shelby American and produced Ford V8-engined variants of the original British AC Ace, I was the editor of two hot rod and custom car magazines – CUSTOM RODDER and CAR, Speed & Style – and worked on the company’s flagship magazine, CARS, in New York City.

After riding shotgun with him in a black (Livery #198) competition Cobra at Riverside on June 11, 1963, Carroll Shelby became my hero. It was while I was covering Ford’s 1964 new model press preview. Shelby had been partying in his suite at the Mission Inn the night before and he was feeling no pain when I left at around midnight. There was an early morning breakfast call the next day and I was out at the track, not long after the sun came up, with Cobra racecar driver Dave MacDonald and Ford’s Fran Hernandez. I had signed up to ride with Shelby in a Cobra. They were tuning the 289’s Webers, making sure the Cobra was ready for the boss and out comes Shelby who couldn’t have had more than a couple of hours sleep. He tosses me a helmet and says, “Let’s ride.”

When I had left his suite the night before, I was pretty sure he would not make it to the track before lunch! MacDonald buckled me in and off we went. Bottomline, he joked with me all the way around the track, and I got the feeling he could have nailed it blindfolded. He knew the “line” as though it had been embedded in his brain, and he drove it like he was in a race. It was an experience I’ll never forget. 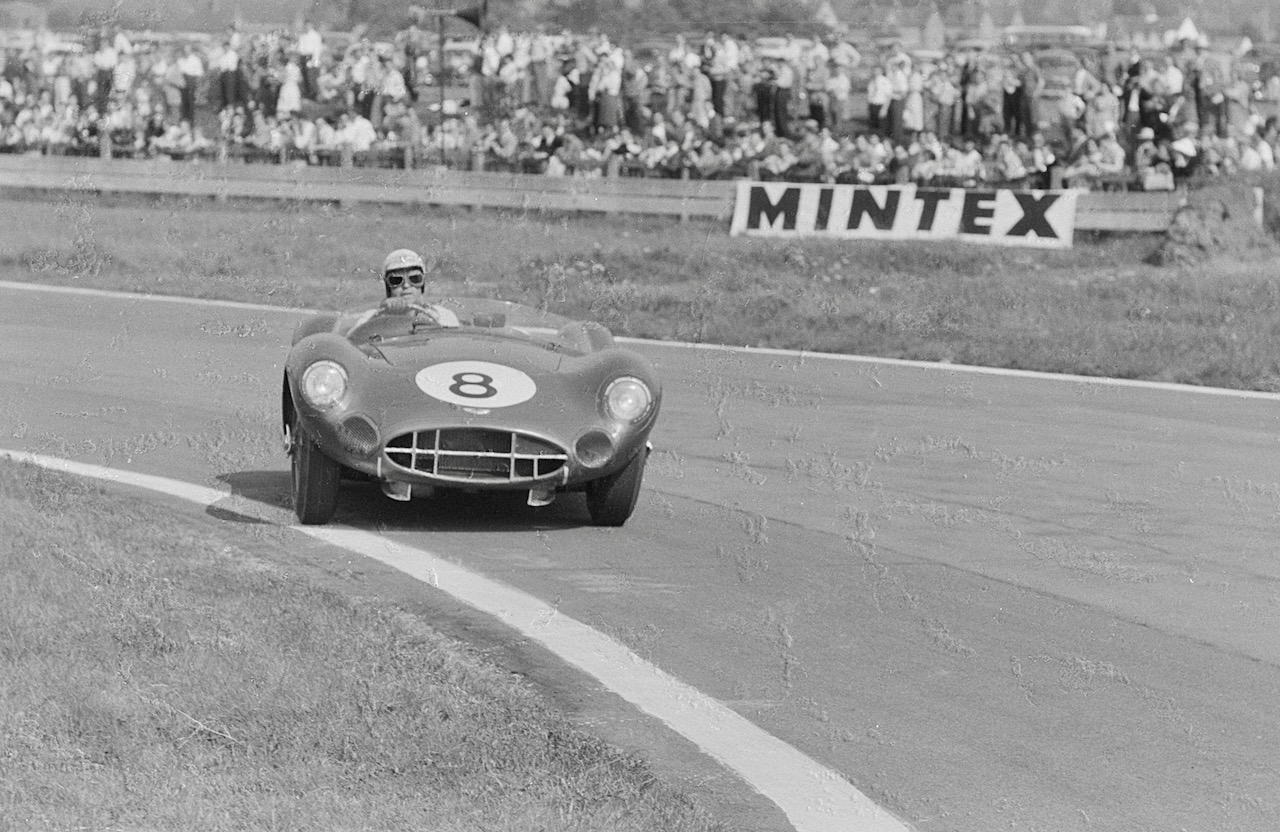 He was happiest when he was behind the wheel of a race car, especially on his home track. I still have the photo of Shelby wearing a white Ford Racing baseball cap, MacDonald cranking the engine and Hernandez making final adjustments on the Webers. Had it not been for serious medical conditions, Shelby could have been a world championship driver. He did win Le Mans, above, with co-driver Roy Salvadori, in a factory Aston Martin DBR1/300 in 1959. He was that good!

Unlike the typical coffee table tomes covering Shelby, his cars, and his wins at Le Mans, Lerner has produced an old-fashioned book that you want to read and not skim for the art. What a concept! Don’t expect beautiful color photos, coated stock and endless racecar specs and chassis numbers. That’s not what this book is about. 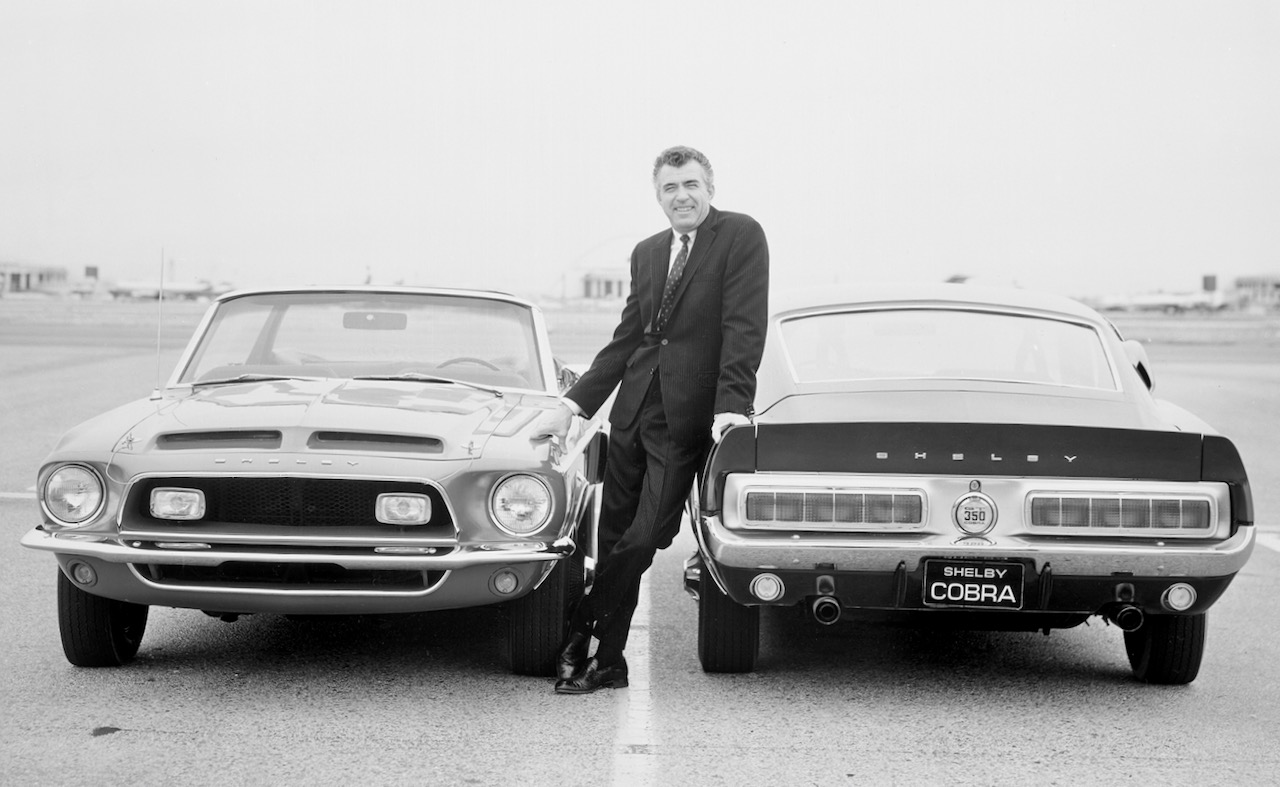 Over my career as a magazine editor and photojournalist I had spent a lot of time talking with Shelby, mostly at the track and at Ford press events. Even though I had interviewed Shelby numerous times and visited his 12-acre facility at LAX, reading SHELBY AMERICAN, THE BOOK! I learned so much. Not necessarily about the cars. It was the people who worked for Shelby and built its winning cars that really made Shelby American: Phil Remington, Ken Miles, and an endless parade of fabricators, mechanics, managers, crew chiefs administrators. Working with Ford’s Roy Lunn (Godfather of the GT40, and Le Mans-winning 427 Mark II and Mark IV) and his team at Kar-Kraft, Remington, on loan from Shelby, was directly involved in the creation of the 427 Mark II prototype, and later sorting out the Mark IV (body design and aerodynamics) after Miles’ fatal crash during testing at Riverside. 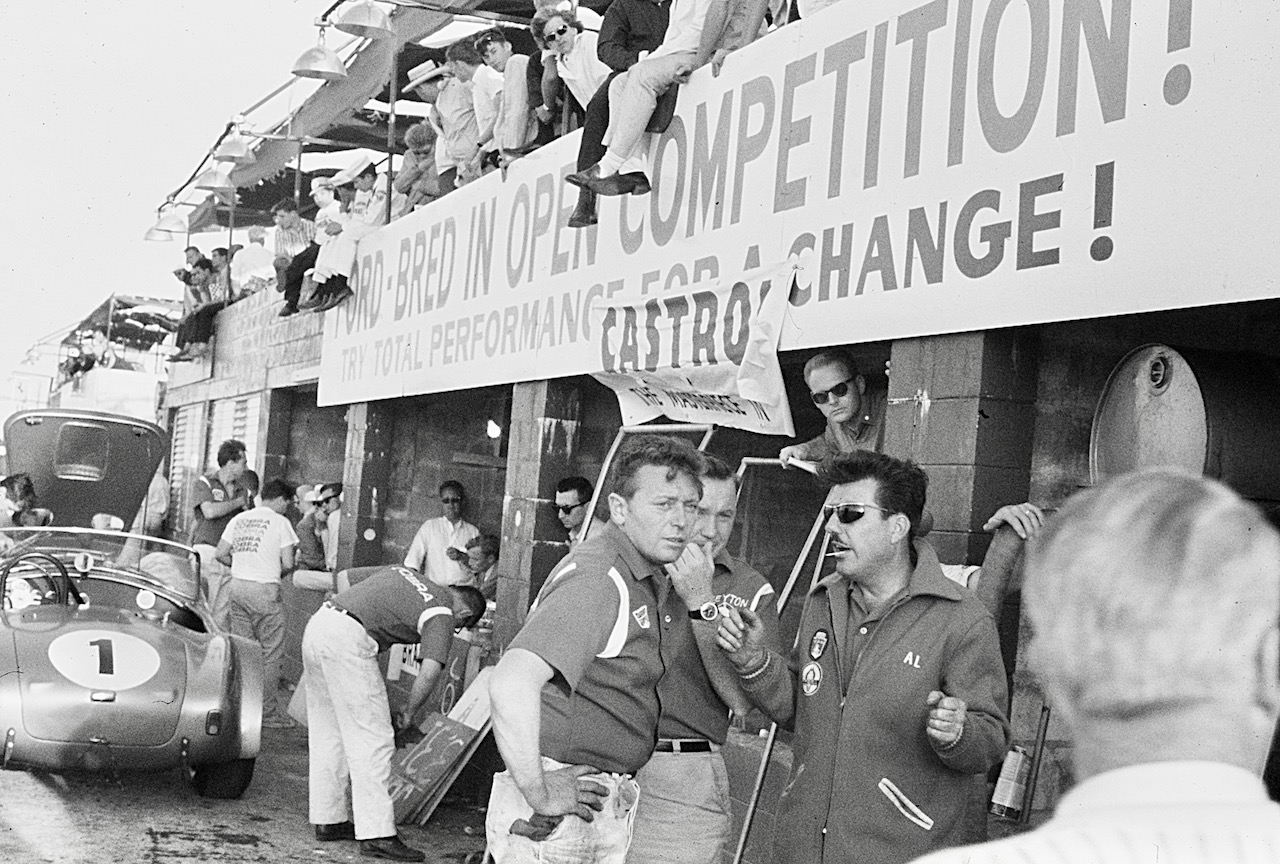 There’s a laundry list of Shelby American alumni, in addition to Miles and Remington, who get their due from Lerner: Charlie Agapiou (crew chief, mechanic and serial trickster), Peter Brock, Chuck Cantwell, Gordon Chance, Peyton Cramer, John Collins, Al Dowd, Bill Eaton, Phil Henny, Max Kelly, Bernie Kretzschmar, Frank Lance, Dave MacDonald, Steele Therkleson, and many more. Because I had spent all of my time with Shelby or one of his PR people, and spent little to no time with most of the car building and racing team members, SHELBY AMERICAN, THE BOOK! proved to be a real treat for me. 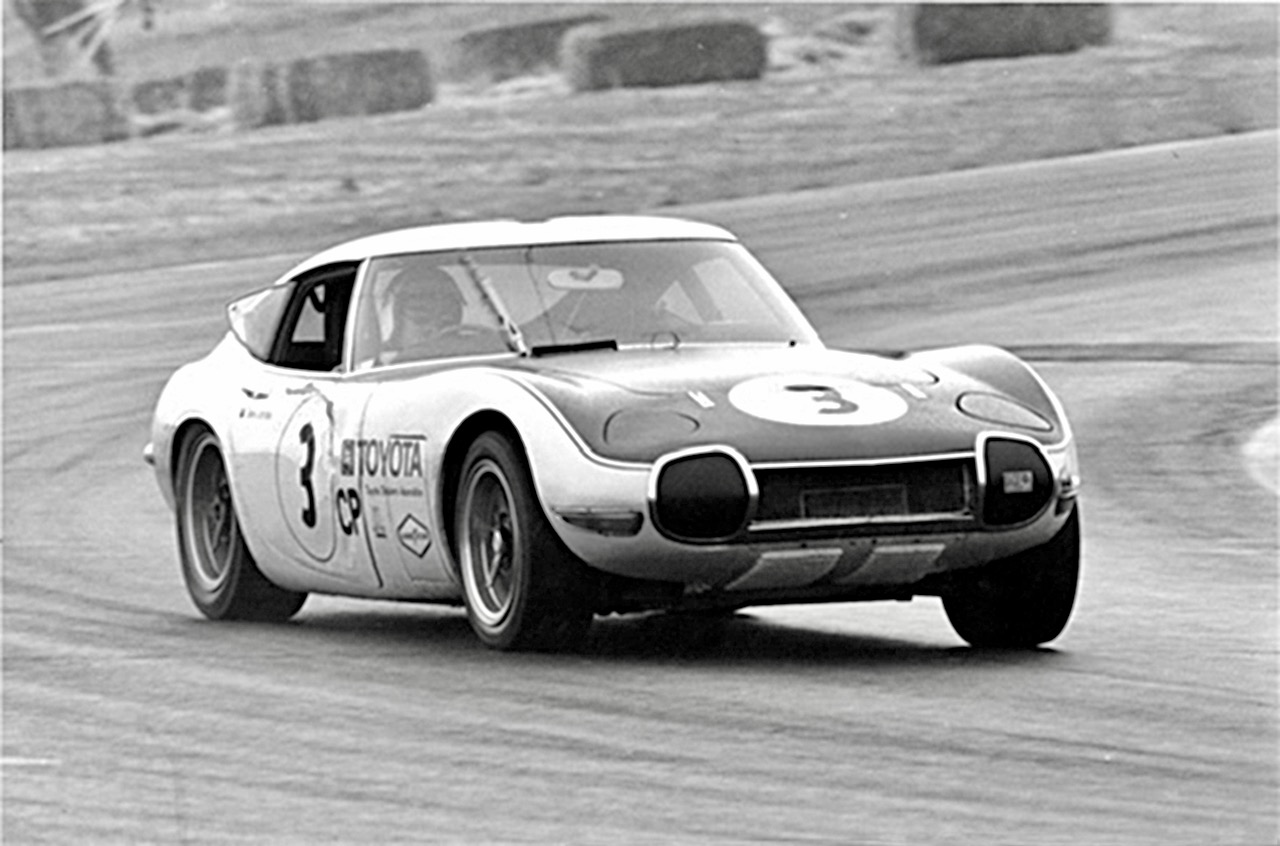 Preston Lerner also takes you behind the scenes – post-1967 Le Mans – at some of Shelby’s less successful ventures like, how he got and the results of, Toyota’s first 2000GT, above, racing program and the overly complex Turbine Indy car, below, project sponsored by Botany 500 that ended up costing $500,00 over its one-million-dollar budget. They ended up with a pair of cars, that never made the starting grid. Lerner explains the why and how the cars had to be withdrawn from the race. It was not a pretty picture. 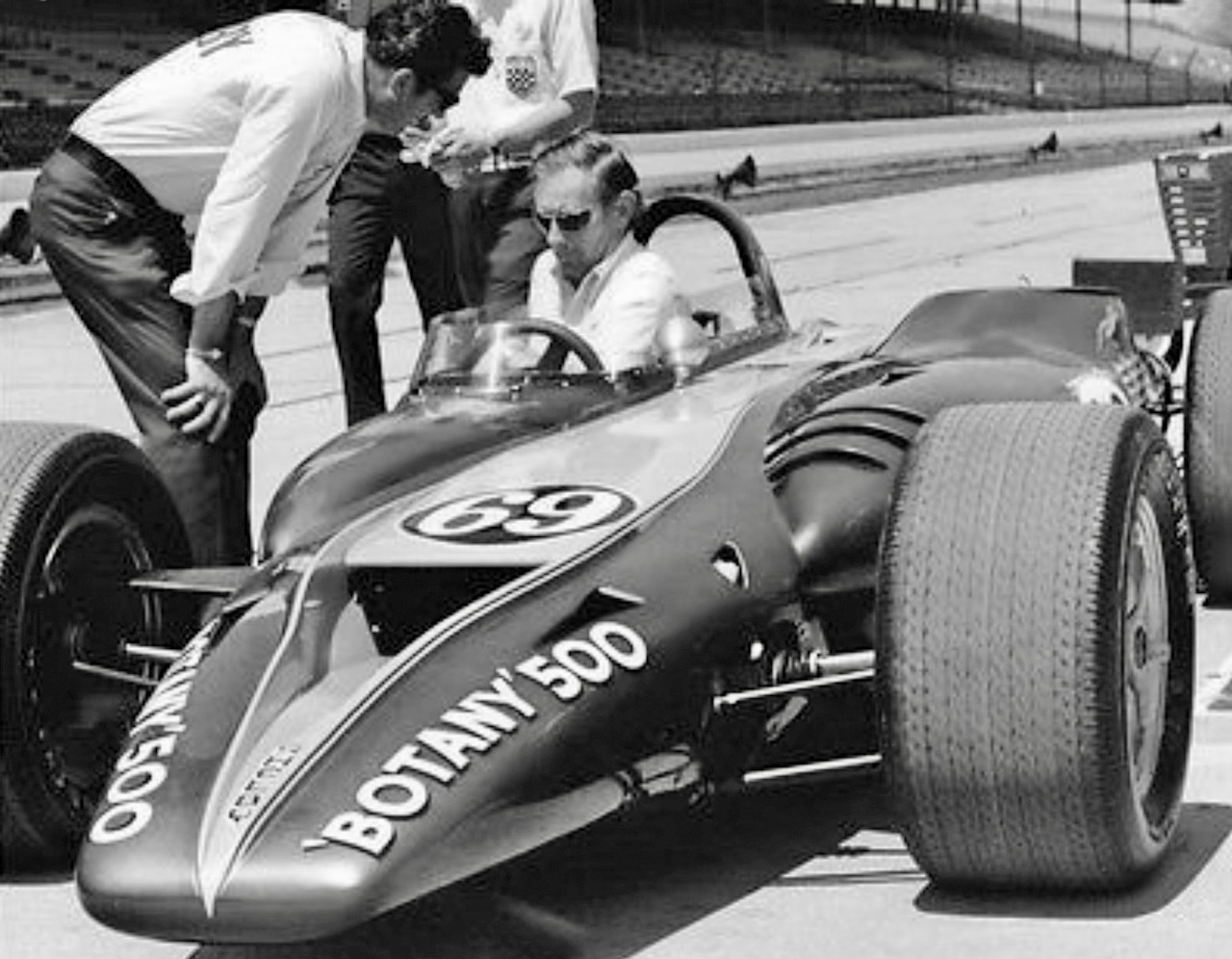 Brock Yates wrote about the Indy 500 Turbine cars in his Car and Driver, August 1968 column: “They were the Ken Wallis/Carroll Shelby turbines that have to be included with the Titanic and the Gallipoli campaign as one of the great debacles of the Twentieth Century.” 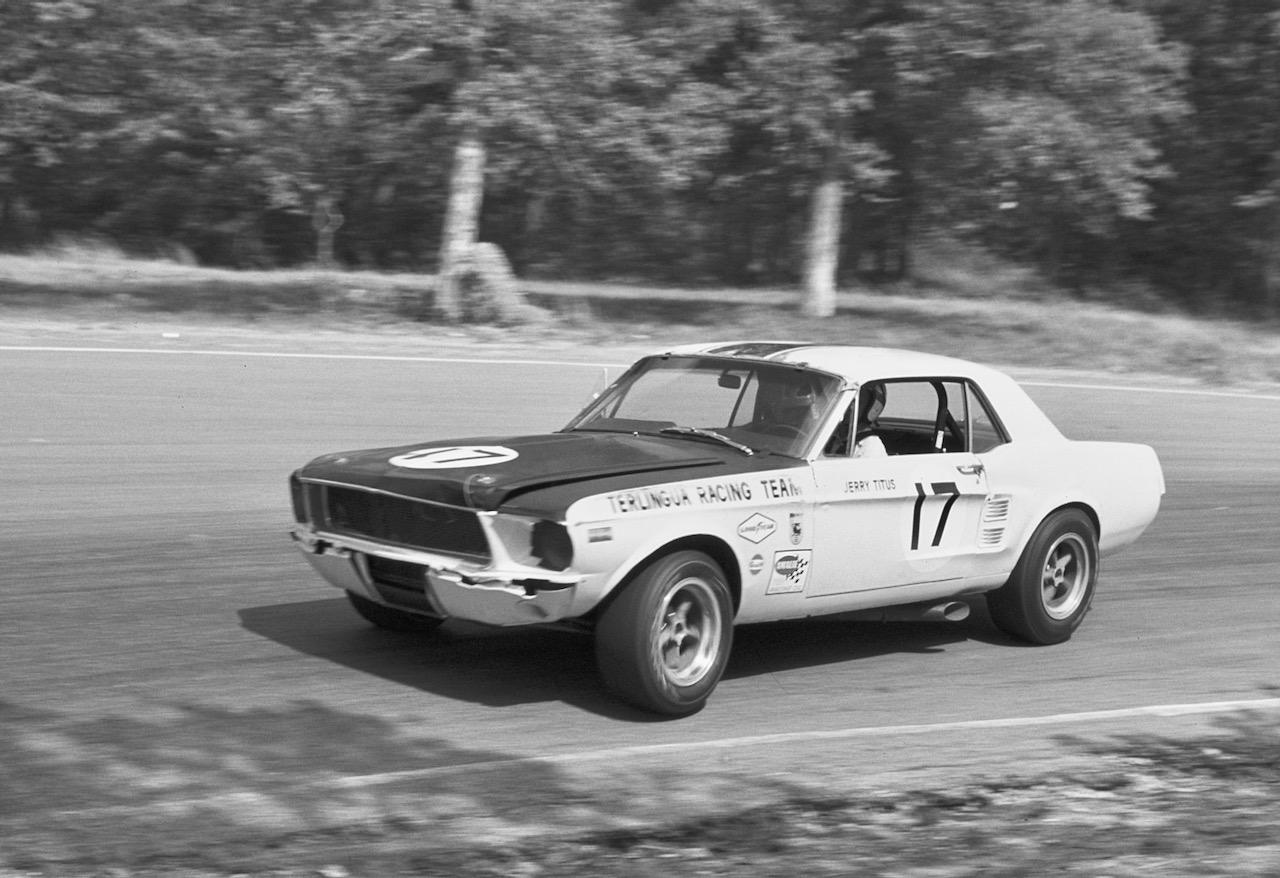 After winning Le Mans in 1967, Henry Ford II got what he wanted but the company’s bean-counters wanted more. They wanted to end its relationship with Carroll Shelby. But not completely. There was still a contact to run Mustangs, above,  in the Trans-Am Series and Shelby delivered with Ford winning the 1967 Championship. And, even after Ford cleaned-out Shelby’s LAX facility, taking trailer loads of everything related to GT40s, Mark IIs, and Mark IVs and delivering them to Holman & Moody, Ford contracted with Shelby in 1968 to build and field a Can-Am car. That was another debacle. 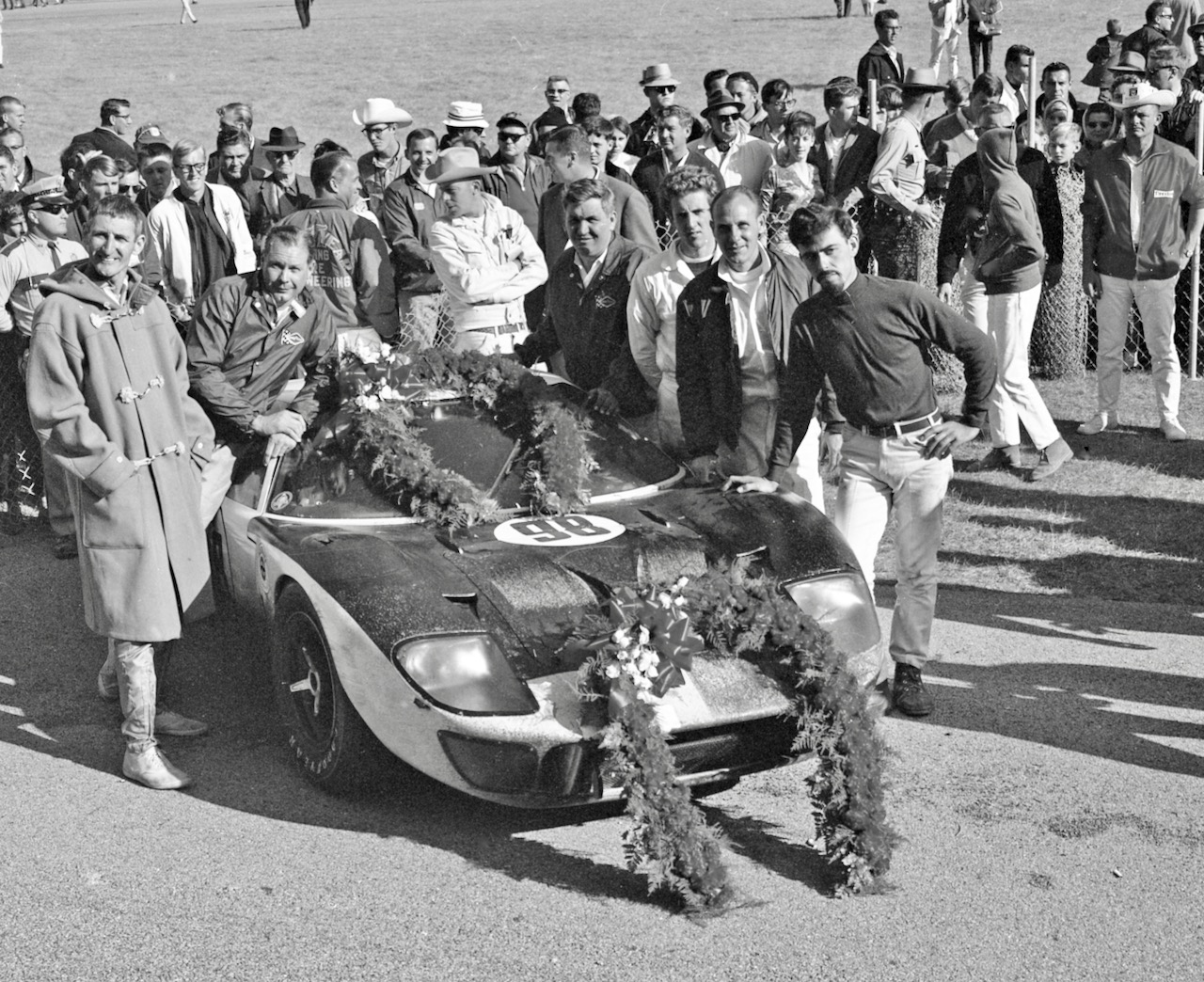 Carroll Shelby never really wanted to build low-volume production cars like the GT350 and GT500 Mustangs. He wanted to build and campaign racecars, but they were a valuable profit-center. Losing control of the 1968 GT Mustang program was both financial and public relations losses. Shelby made a lot of money with the Mustang GT program even though the cars were incredibly hard to sell. They often languished at Ford dealers until they were discounted. Today they are pricy collectibles, not unlike the Cobras that challenged the status quo before the Mustangs, and won!

After losing control of Shelby GT Mustangs, Carroll Shelby spent a bunch of years exploring business opportunities in Africa, building his chili brand and other ventures. Lee Iacocca left Ford to go to Chrysler and brought his old pal in to get involved with a line of Shelby performance cars. He worked with Ford once again during the 2005-2006 Ford GT program, and once again Carroll Shelby was welcome in Dearborn!

The publisher’s press release copy for Preston Lerner’s SHELBY AMERICAN, THE BOOK! says a lot about the man whose name is on so many cars that are topday considered iconic. “Always standing above it all was Carroll Shelby himself. Dynamic, charismatic, mercurial, mercenary, and a little bit dangerous, he had to fight Ford bean-counters as fiercely as he dueled with Enzo Ferrari. But for a few magical years, Shelby managed to beat both of them at their own games.”

True that is. However, what Ford had given, Ford had also taken back! One of those contacts that Ford and Shelby had signed included a multi-million-dollar loan agreement and ended up giving Ford use of the COBRA name. Add that to the wins at Le Mans; over decades Ford has certainly gotten its money’s worth out of the relationship. 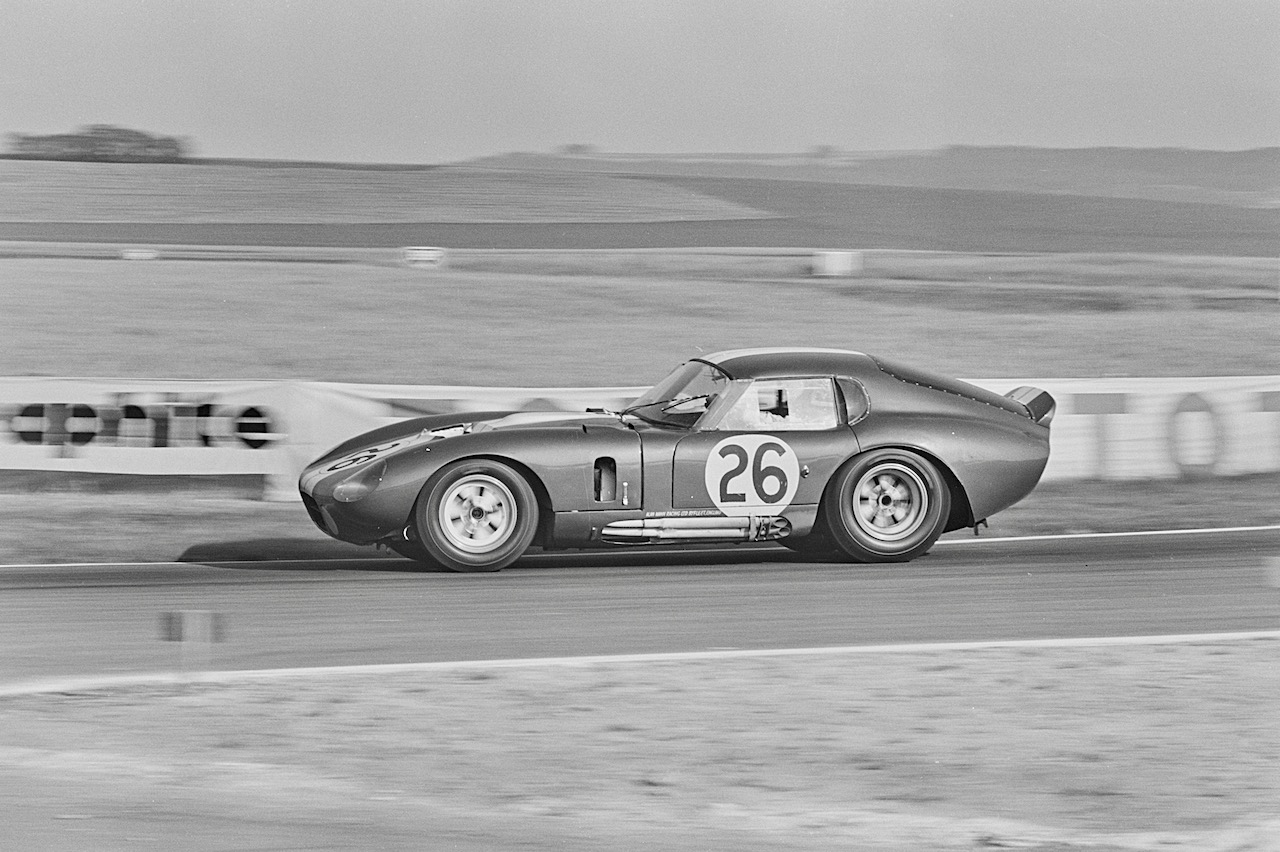 Books written about Carroll Shelby and Shelby American during the 1960s and 1970s, rarely ever delved into the negatives and glossed over Shelby’s less-than-successful projects. Preston Lerner’s SHELBY AMERICAN, THE BOOK! opens doors rarely opened before to see the man with all his warts as well as his genius. And, pays tribute to the people who supported him during the golden years of Shelby American. All the great road and race cars bearing Shelby brands and cars are covered as well, including the Cobra Daytona Coupe, above.

SHELBY AMERICAN, THE BOOK! is a great read and, best of all, you can take it along when traveling unlike all the coffee table books that best remain on coffee tables!

Published by Octane Press, the 328-page hardcover SHELBY AMERICAN: The Renegades Who Built the Cars, Won the Races, and Lived the Legend is available at, https://octanepress.com/book/shelby-american-carroll-cobra-mustang-GT350-GT500-Ford-preston-lerner