Skip to content
There was only one Shelby 427 Cobra in 1964, a car that Ken Miles and Shelby techs built to beat Zora Duntov’s Grand Sport Corvette. And it did, sort of! 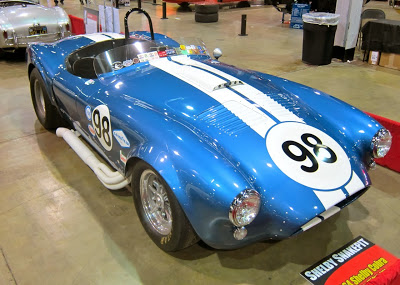 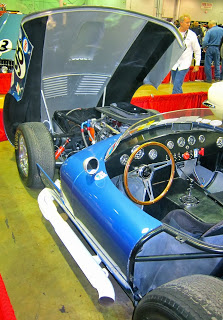 When legendary driver Ken Miles saw what Zora-Arkus Duntov had accomplished at GM working under the radar, building the Corvette Grand Sport racecar, he saw an opportunity to fuel the Ford vs. Chevy wars. Working as a driver and Competition Director at Shelby American, he set out with Carroll Shelby’s blessings, to try and one-up the new lightweight Corvette GS with a lightweight Cobra powered by a Ford big-block. That was before there was a wide-body, coil-spring big-block Cobra.

Weighing some 500 pounds less than a production small-block Cobra and fitted with a 427 Ford, Miles’ one-off CSX-2196 proved to be a handful. It probably would have made a great quarter-mile drag car, rather than sports racer! The 427 was later replaced for actual competition with a lighter 500-horsepower experimental NASCAR 390-inch aluminum big block, courtesy of Ford Engineering. Dubbed Flip-Top Cobra thanks to its tilt-up front and rear body clamshell sections fashioned from ultra-thin aluminum, the stripped and lightened Cobra racer also had flip-down instead of conventional doors. With front and rear clamshells up, doors down, it also was known internally as, The Turd! 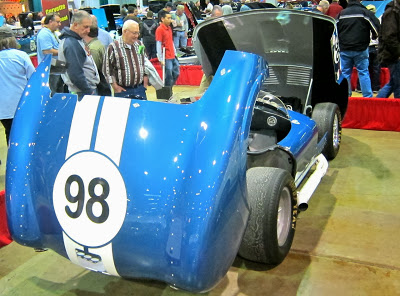 Finished in traditional Shelby Guardsman Blue with white stripes, CSX-2196 had a less than stellar racing history. After testing and some sorting out at Riverside Raceway in 1963, it was entered in its first public race at Sebring in March 1964. It was involved in a crash and did not finish. In December, Miles brought the Flip-Top Cobra to Nassau to run against some of the world’s hottest sports racers, including the Grand Sport Corvettes. While it did blow off and run away from the Grand Sports early in the race and keep an impressive lead, an oil line malfunction caused the Cobra’s engine to fail. One more DNF added to its racing log. 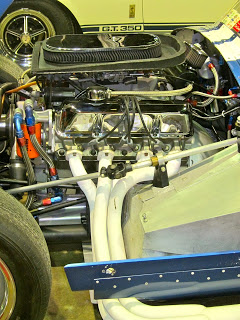 The Flip-Top big-block Cobra had a few more outings before CSX-2196 was retired and used as a development vehicle at Shelby American. Shelby’s focus at the time was the next generation Cobra, with wide body, coil spring suspension and 427/428 cubic inches of big-block Ford power.

Over the years it has been owned by a variety of collectors, including mega-collector Bob Lee. In 2007, the Flip-Top 427 Cobra participated in the Goodwood Festival of Speed, its first international appearance since Nassau in 1964. When it was at RM Auctions in 2010, it had already acquired a Rex Hutchison alloy 427 Ford rated at 623 (dyno) horsepower at 6,300 rpm and 611 pound-feet
of torque at 4,200 rpm. In 2012 it was part of the Cobra ‘Featured Marque’ celebration at the Monterey Historics at Laguna Seca, CA. 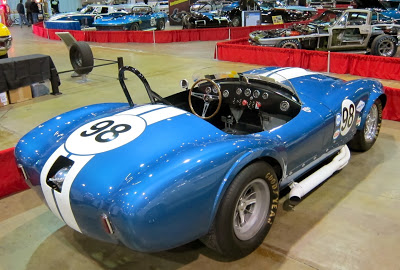 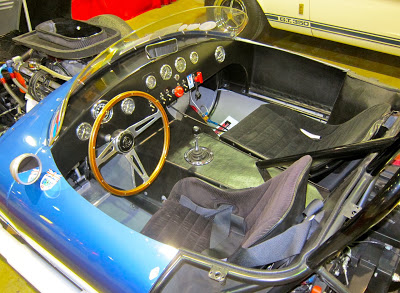 Photographed at the Shelby Snakepit display, hosted by Colin Comer, at MCACN 2013 (Muscle Car and Corvette Nationals) in Chicago last weekend, it was displayed by current owners,
Isabel & Chuck Ungurean. The Ungureans are major collectors of high-performance cars,
and Chuck Ungurean is President & CEO of Oxford Resources Group, Columbus, OH.
CSX-2196 is a one-of-one piece of Shelby American history.

For a more detailed history of CSX-2196, please visit http://www.supercars.net/cars/4680.html

Everything you need to know about Shelby vehicles can be found at, http://www.saac.com/