Jim Palam blogs about THE ‘Premier Car Show’ that showcases spectacular cars that are driven, and displayed to help raise money for local area non-profits and charities. 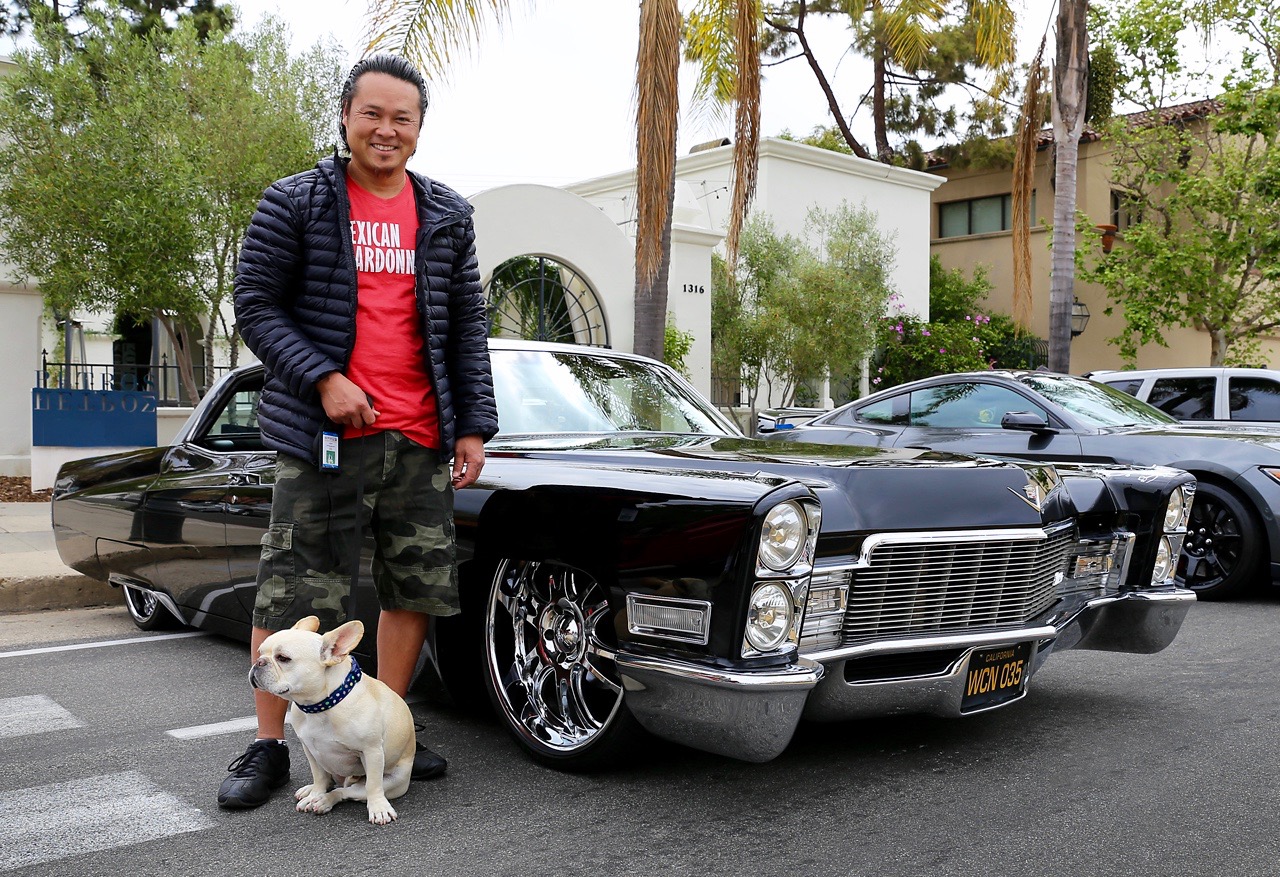 One of the appeals of a local car show is that many of the participants drive their show cars to the event. In my mind that’s “Bonus Points” and the best way to go! These ’Driven-to’ exhibitions are by the people and for the people. Gone are the velvet perimeter ropes, untouchable prototypes, catered lunches and shiny teeth celebrities. What you do get is free admission, live music, and best of all – very-cool automobiles that have been lovingly prepared and fired-up to make it to the show.

Yasutomi Fujiwara owns some interesting things – like his Santa Barbara Koi Fish business, high-performance motorcycles, a French Bulldog named Rufus and this slammed and stealthy ’68 Cadillac DeVille, above. I totally understand why this gregarious Santa Barbaran is always smiling! 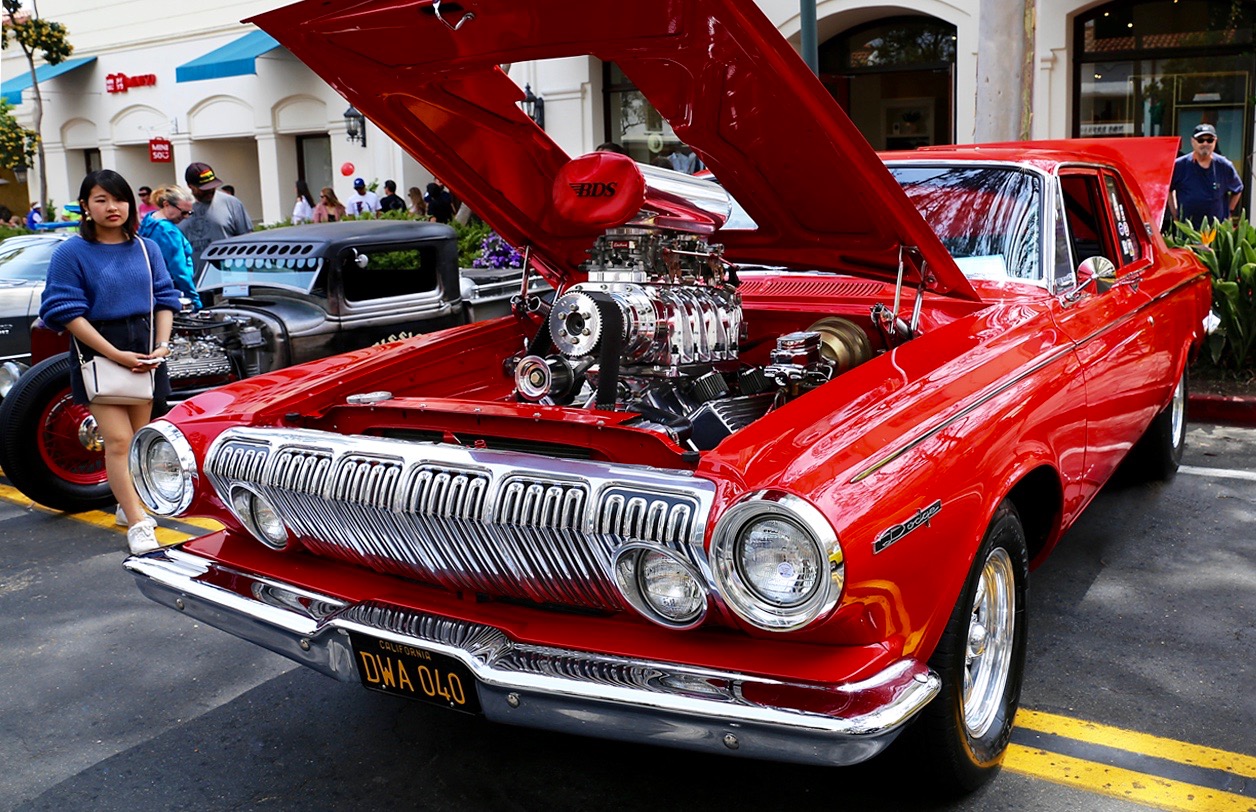 East meets West: You don’t have to be an international traveler to stop dead in your tracks when encountering Californians Chuck and Linda’s raging red ’63 Dodge Hemi 330. Lots to hold your attention here – like the massive Blower Shop 8-71 Blower and classic Torque Thrust competition wheels. 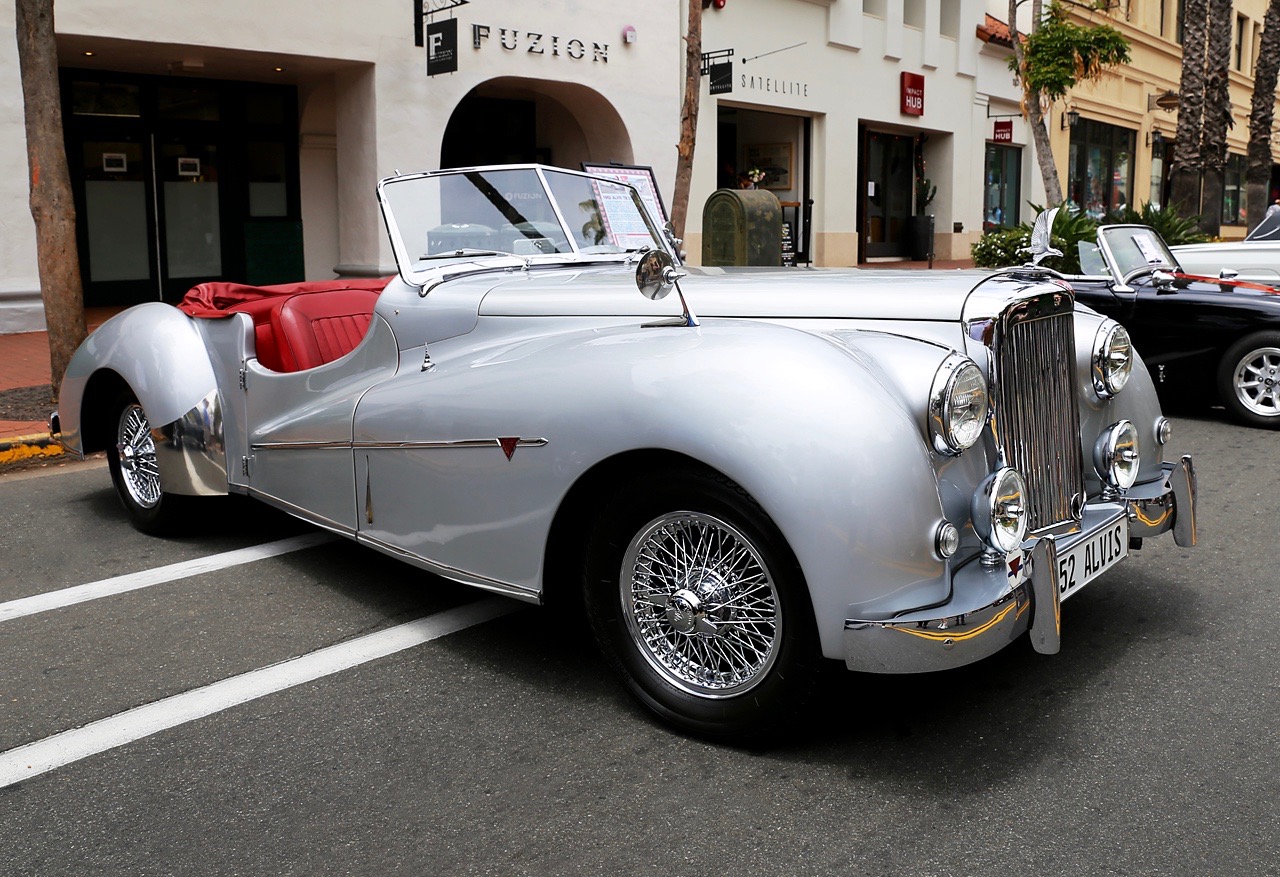 Sandy Bettelman knows how to have fun. After exhaustive research he flew to Germany to purchase this “rarest of the rare” left-hand drive, ‘52 Alvis TB 21 factory prototype 4-seat roadster. Sandy drove it up to Santa Barbara from his home in Los Angeles. The TB 21 went on to win 1st Place in the Euro/Asian Up to 1966 category. 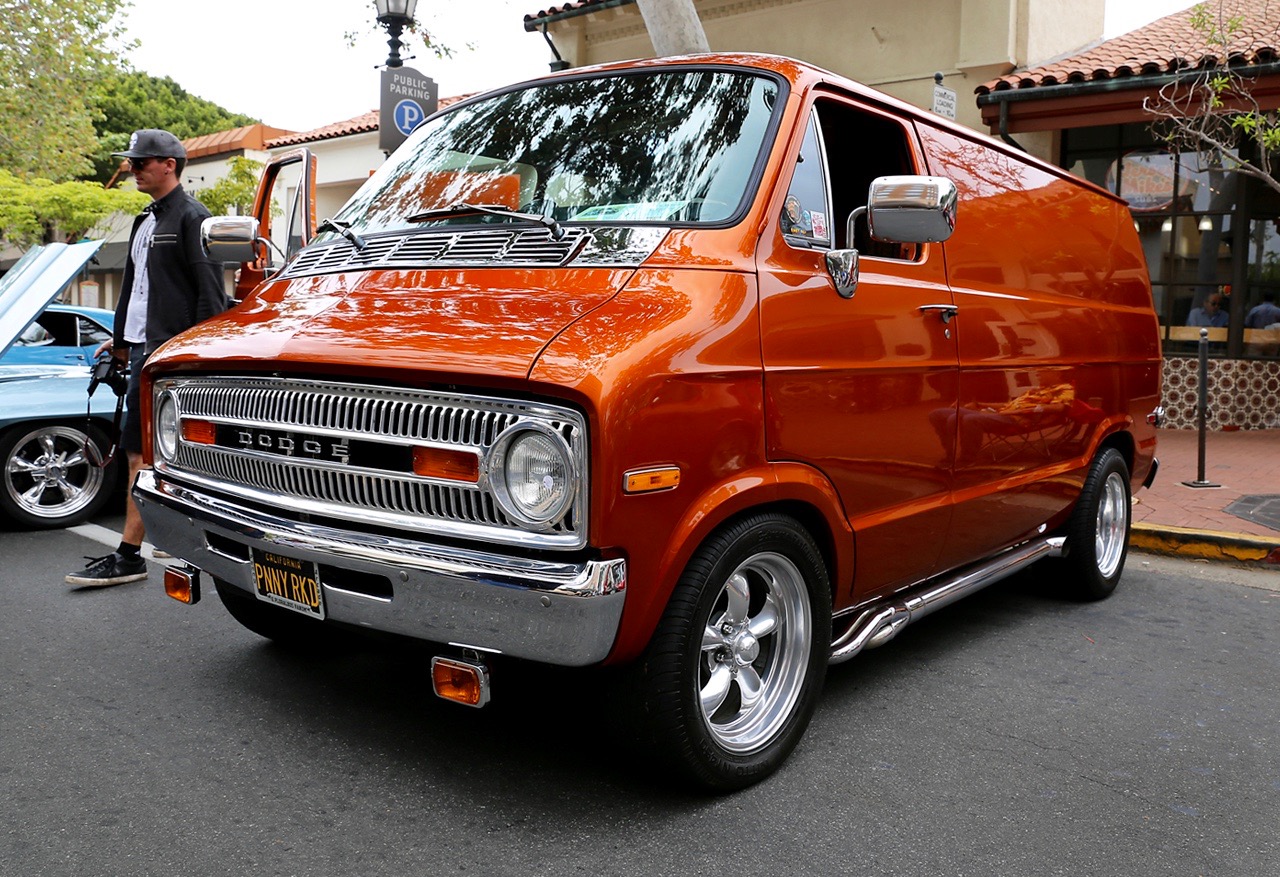 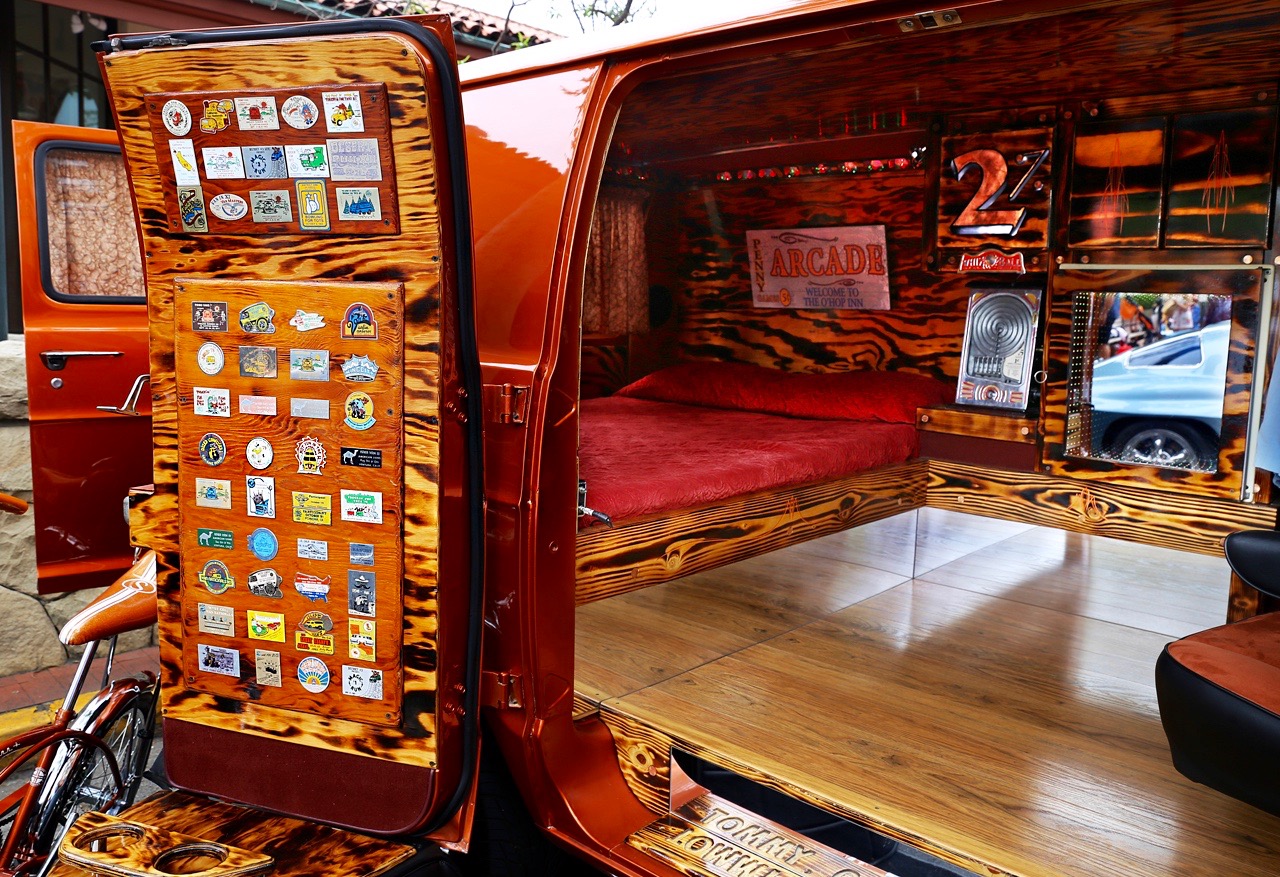 Most car guys from my generation have a hidden place in their hearts and secret desire to own a custom van. If you live in Southern California you’ll still see quite a few surfer vans on the road – but none quite as carefully-appointed as Brian O’Hop’s Candy Copper ’72 Dodge. One peek inside this wave chaser and you know instantly that it’s all about fun – from the panel-mounted vintage arcade games and masterfully crafted wood panels – to the driver seat eight-track and mood lighting controls. It’s rad Dude! 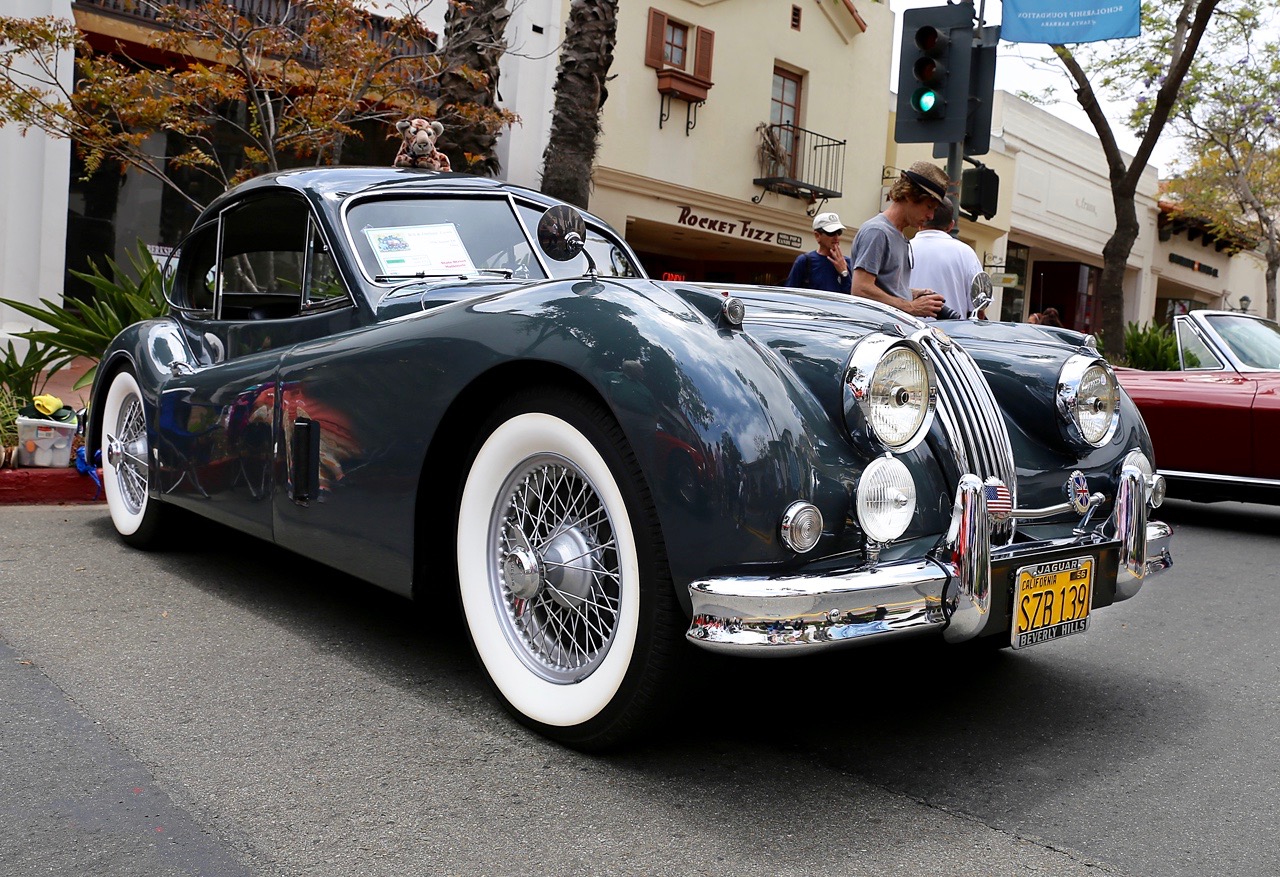 W. L. ‘Bill’ Lyons is a self-proclaimed Conjurer. He likes to think up things – like the name “Boots” (kitty with white feet) for his beautiful ‘56 Jaguar XK140 MC. Well, this Boots was made for driving, as it sports a 3.4-litre, DOHC Six with a C-Type head producing 210 horsepower tucked  into a matching-numbers, 3,000-pound British classic. Nice Kitty! 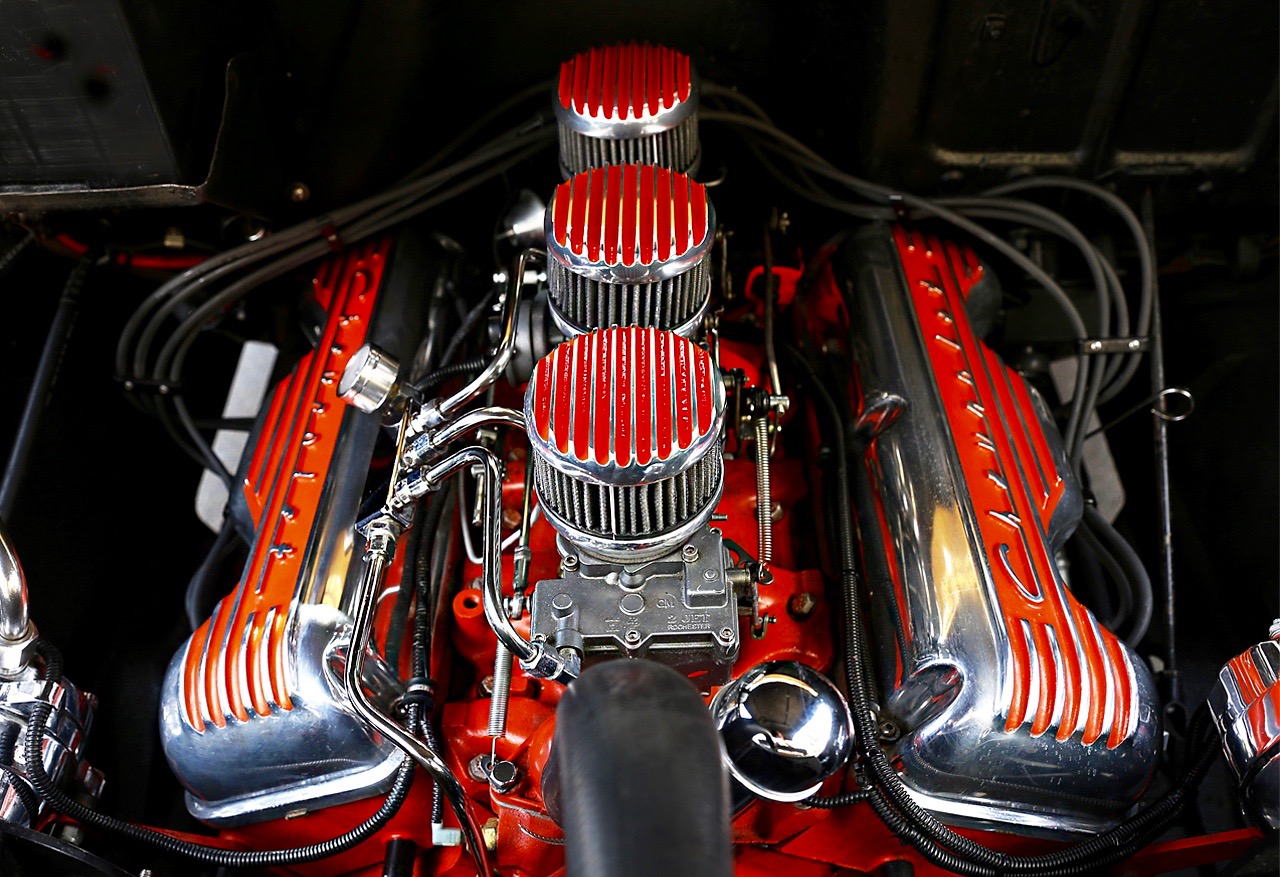 If I could order a motor in a 3-Star Michelin restaurant it would be this perfectly-prepared tri-power 348 Chevrolet big block. The Builder/Chef will have sourced all the right ingredients – including original 2G Rochester carbs, Patriot ceramic headers and a custom Isky cam. He will have bored it .040 over, decked and balanced it and fired it with a PerTronix HEI distributor. The coup de gras would be a red paint and polished metal presentation. Yes, just like this. Now that’s tasty! 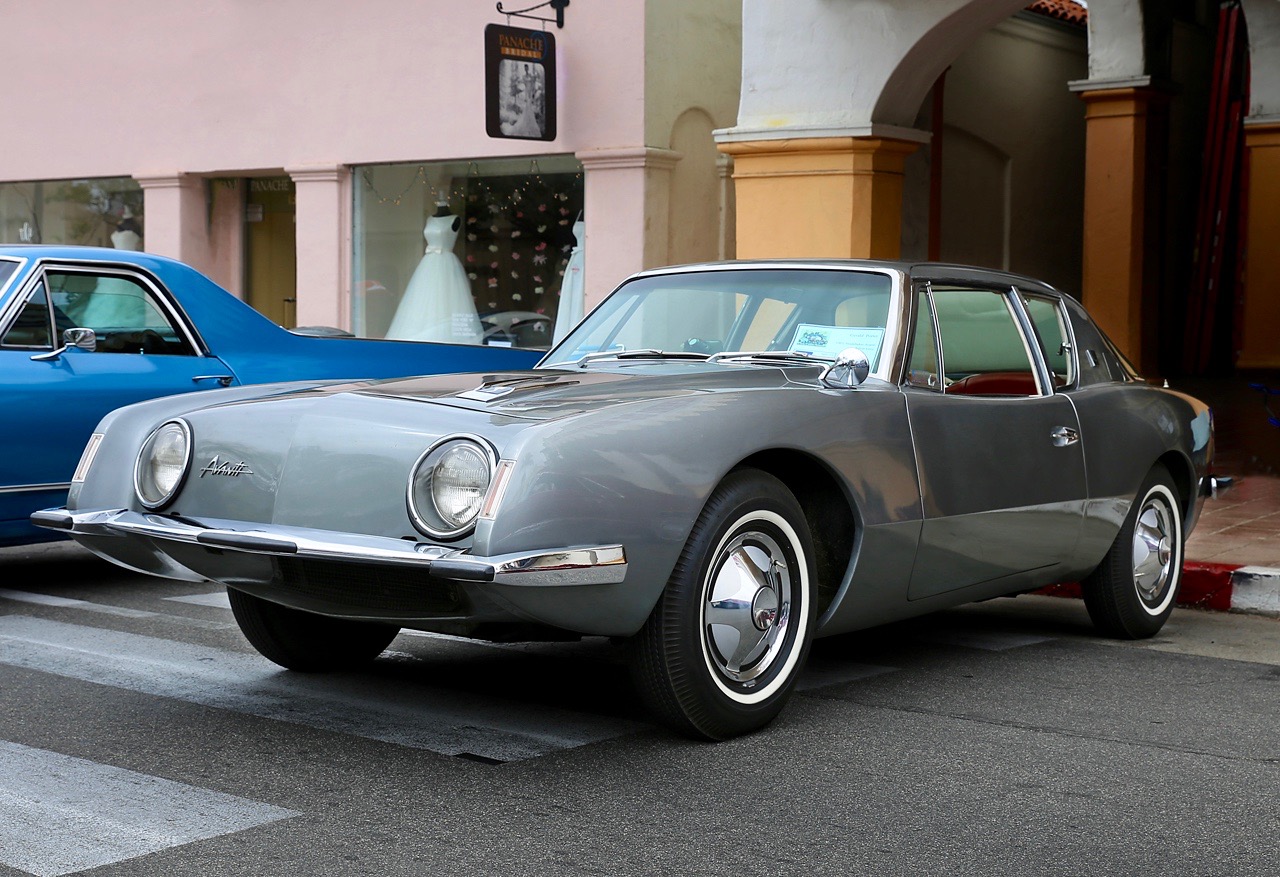 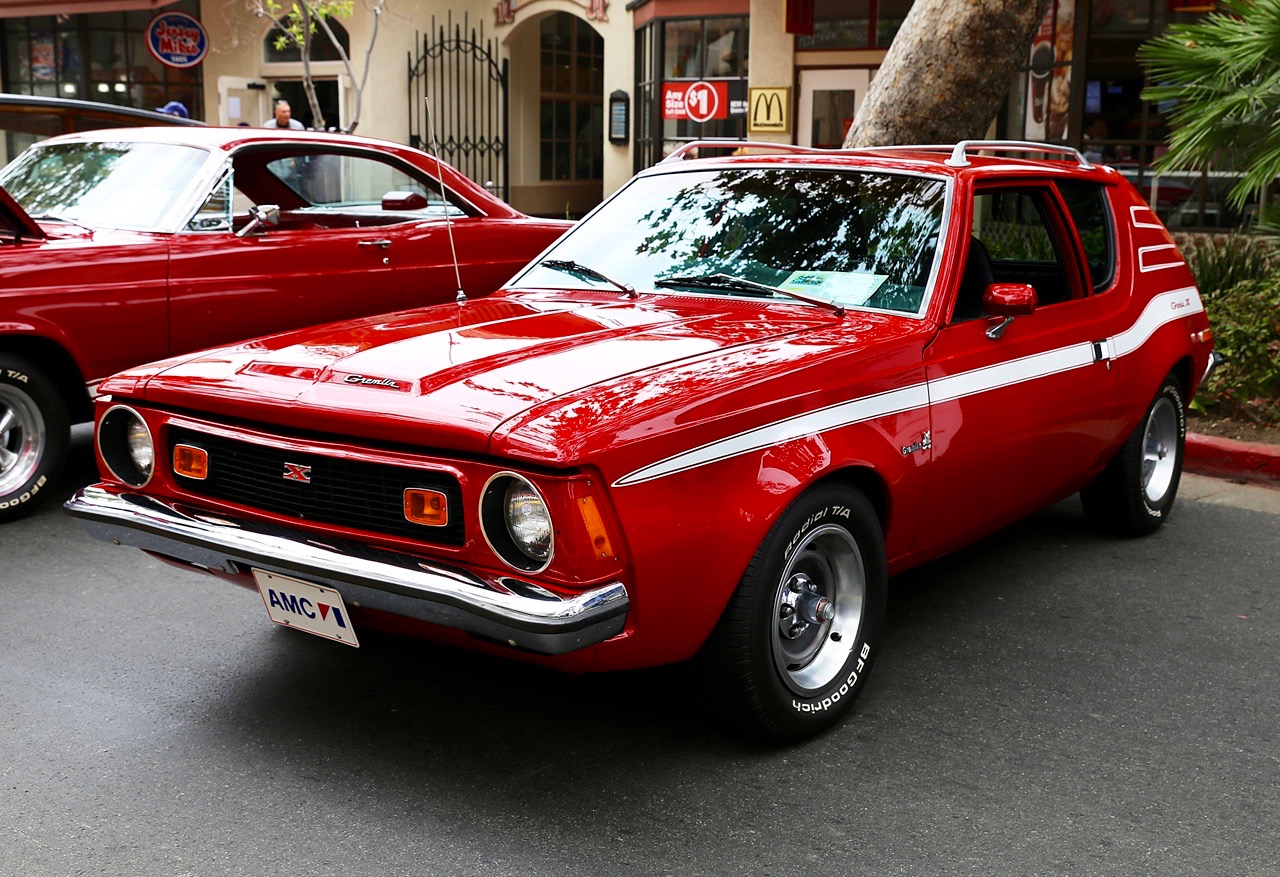 By the pre Oil Embargo 1970s, the sizzle that was on the 1960s performance car market had been disappointingly doused. That didn’t however mean that American metal couldn’t still look good. Even some sub-compacts like Michael Lynch’s ‘73 AMC Gremlin “X” managed to turn heads. The “X” package, introduced in 1971, added esthetic appeal like side stripes and a blacked-out front grille, plus a modicum of performance upgrades like bucket seats and Goodyear Polyglas tires. 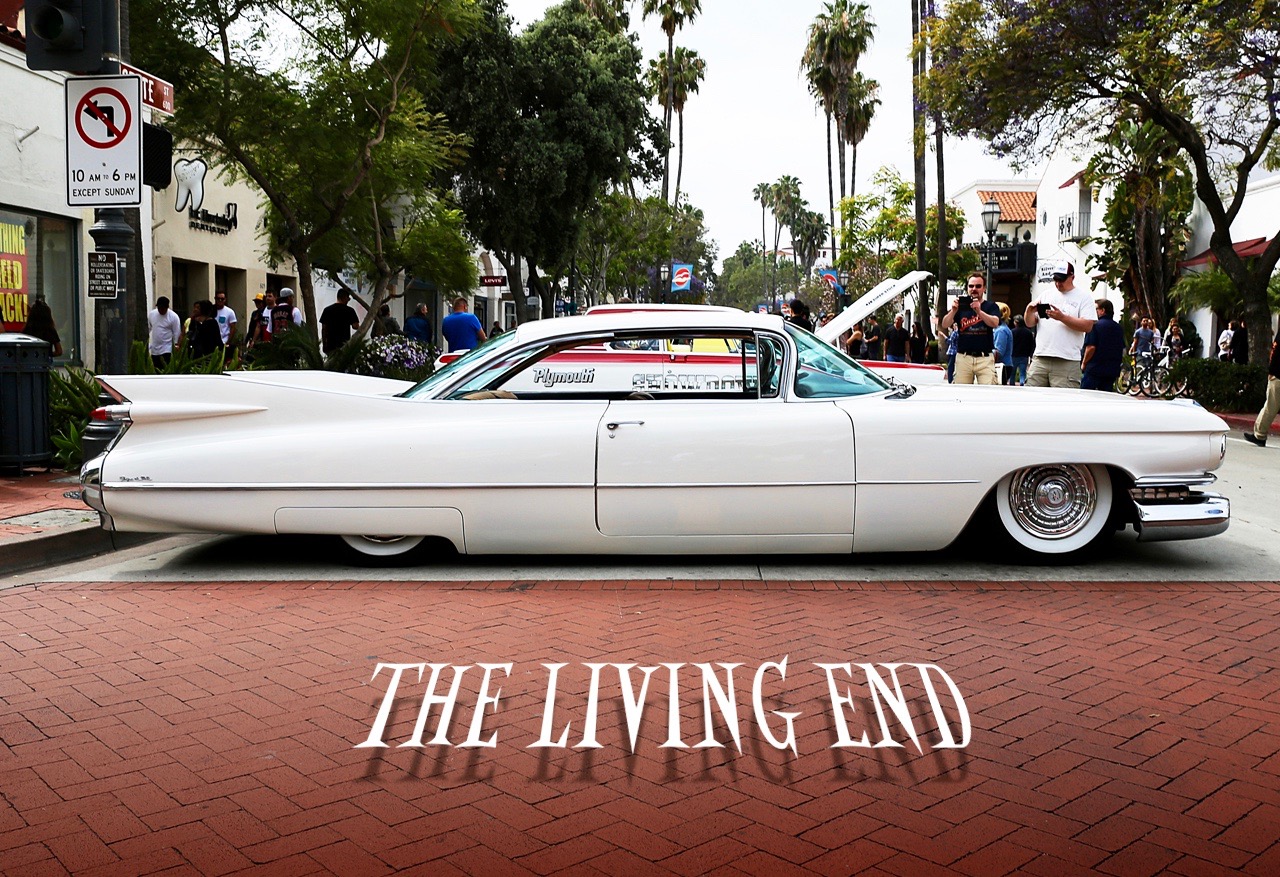 Like most good things, they unfortunately come to an end. This long and low ’59 Caddy sat fortress-like at the south end of State Street – an extravagant metal marker of the show’s end point. But I was just beginning: The sunset and white sand Santa Barbara beaches were within sight. Life is good!