The ROB IDA: TUCKER TORPEDO continues where Preston Tucker, subject of a myriad of conspiracy theories, left off. It’s called, improving the breed! 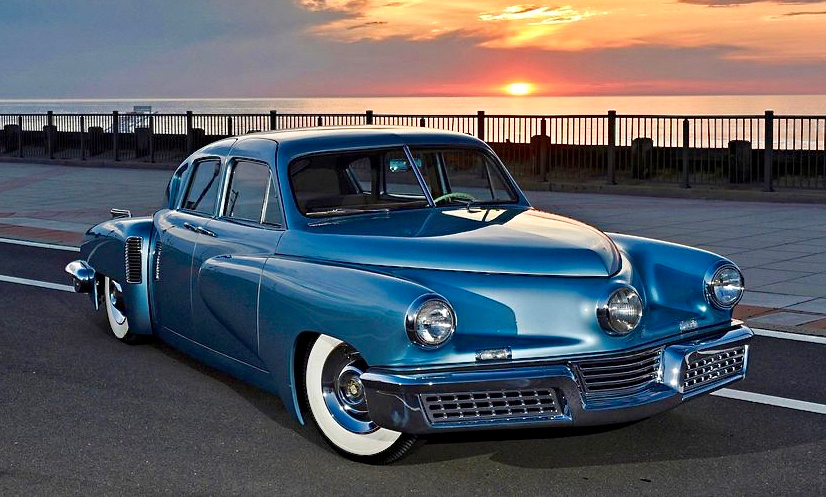 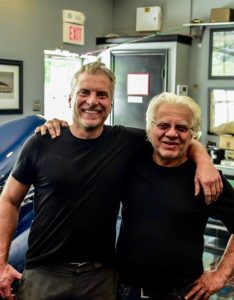 Preston Tucker, renegade hot-rodder, car designer, and principle behind the Tucker Corporation, engineered and built the Tucker Model 48, also known as the Torpedo, before coming to an ignominious end after a mere 50 versions were produced.

The car was a radical design departure compared to contemporary offerings with a host of modern innovations that sent shockwaves through the car industry. And this was also one of the reasons for its premature demise. There are still rumblings of conspiracy between Michigan U.S. Senator Homer Ferguson and the “Big Three” to bury the young upstart. And bury him they did.

A Torpedo commands millions on the market today, and they don’t come up for sale often. Rob Ida, right, with his Dad Bob (Fuel Curve Photo) in their shop in NJ, is a custom fabricator, designing and building some of the hottest rides in the U.S. Through his connection with the Tucker brand – his grandfather briefly had a Tucker dealership in New York City and he’s a friend of Preston’s grandsons – he decided to pay homage to the historic Type 48.