David Coulthard and the Infiniti Red Bull Racing Team were dazzled by the creativity of Cuban car guys and mechanics. 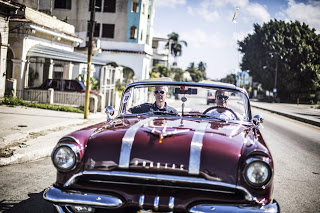 This year the 9th annual Cuban vintage car event hosted 60 antique cars and 15 classic motorcycles, which travelled approximately 45 miles through the streets of Havana. Former Formula 1 driver, David Coulthard enjoyed racing through some of the city’s historic neighborhoods together with the Infiniti
Red Bull Racing Support Team Manager, Tony Burrows as his co-driver. They competed in the rally in a ‘55 Pontiac, which they tuned together with the team’s mechanics and local enthusiasts. 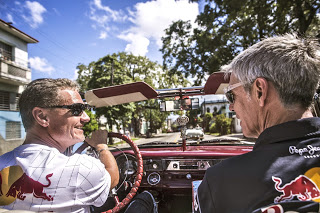 Besides their picturesque memories of the Rally, Coulthard, left, and the team took home a valuable life experience from the Cuban mechanics they met, who shared the ingenious ways that have helped them keep their old cars running for more than 60 years.

“I’ve heard about the old cars in Cuba but you really need to come here to understand how the cars are held together with bits of whatever they can find. They can’t import spare parts so this makes their job even harder. It was great to meet the people who are involved in maintaining these classics; they have to be very creative. Most mechanics would take out a broken part and replace it with a new one but here they have to be real fabricators,” said David after sharing three days with the local mechanics and drivers. 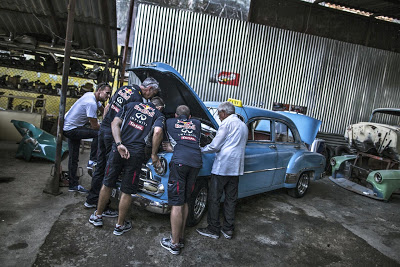 The Infiniti Red Bull Racing team was really impressed by the locals’ skills and how they work with these old cars, overcoming some very difficult conditions with innovation and creativity.

“I was blown away by the skills of these guys, I mean they have nothing to work with and they have kept these cars running for nearly 60 years. The way they get around problems is incredible. It’s different for us – we can go to the local store and buy the part, but they don’t have that option,” said Tony Burrows, Support Team Manager, Infiniti Red Bull Racing Team. 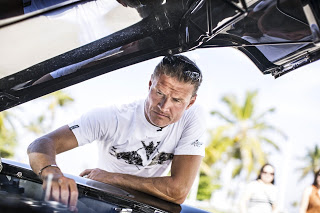 “The most creative thing I saw is how they can fit engines into cars that are not meant to
have that kind of engine. They come up with proper structures, a proper framework. This takes a lot of knowledge and ability; it is not an easy job. Just to come up with ideas
like that is quite impressive.”

Cuba is a country frozen in time. The view of Havana is mainly composed of old buildings and over 60,000 vintage cars, which are still running and work mainly as taxis. But this isn’t down to the Cubans’ passion for collecting old cars, as a result of the country´s revolution cars can only be bought and sold if they ran on the streets of the island before 1959. That’s the reason why in Cuba car owners and mechanics find creative solutions to keep their cars running. 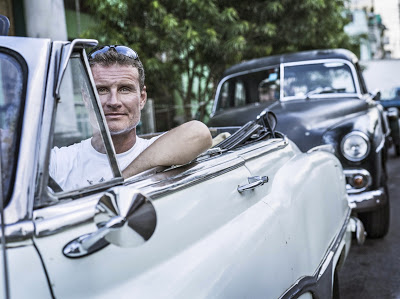