Skip to content
Out of approximately 1,500 S7 Supercars built by Steve Saleen’s iconic company, just one was painted Speedlab Silver. If you’re a numbers guy, this 550-horsepower S7, is one of just eight built in 2004 and tops out at over 200 mph. 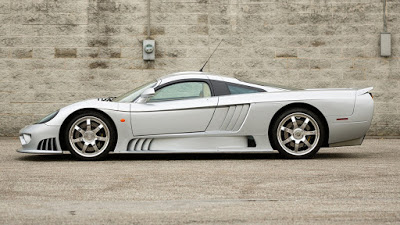 Saleen’s S7 is a true road warrior, a racecar with license plates! They built just 30 that were powered by naturally aspirated, rather than the 750 horsepower twin-turbocharged, aluminum 7.0 Liter Ford engines. The Saleen S7 was originally designed in the UK for Saleen by Ray Mallock Ltd and then developed by Saleen. It actually was the first volume mid-engined U.S. production Supercar, debuting prior to the Ford GT. This 2004 S7 will be on the block next month at the RM Sotherby auction at the Amelia Island Concours.