Skip to content
By invitation only, ‘The 100 Motorcars of Radnor Hunt’ showcases the best of the best. Mike Matune attended for the Chronicles. 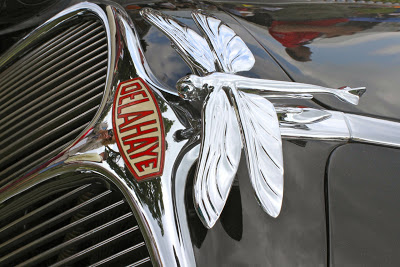 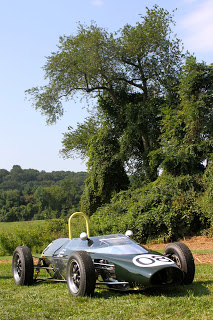 This year was the 17th for the Radnor Hunt Concours d’Elegance, held in the Northwest suburbs of Philadelphia. Officially titled, The 100 Motorcars of Radnor Hunt, the show is invitational only. Cars are carefully selected and divided into featured groups. Among the groups this year was Cars of the Art Deco Era, that period of design flamboyance generally considered to span the 1930s. Art Deco would find its way into all manner of consumer goods, not the least of which was the automobile. An example is the hood ornament on J. W. Marriott, Jr.’s ‘38 Delahaye, above.

Formula Juniors appeal to me probably because it was the entry-level series of choice when I was coming of age in the hobby. Robert Mirabelle showed his ‘61 Lola MK lll, left. This car represents a couple of firsts: first rear engine Lola and the first car to use a Hewland gearbox. Formula Ford displaced Formula Junior at the bottom of the Formula car ladder, when development outpaced the concept of entry level. It is said that the class approached costs of Formula One at the time! 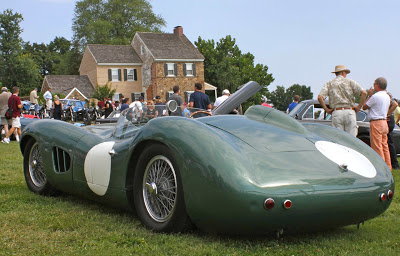 Aston Martin celebrates its centennial in this year and was featured with a wide display of models. The Simeone Museum in Philadelphia brought their DBR1, an integral part of their Winners Circle display, a collection of race winners spanning the globe and racing heritage.
This car won at Nurburgring in 1959. For their efforts, they would leave Radnor Hunt
with the Chairman’s Award. For more on the Simeone Museum, your attention is
invited to http://simeonemuseum.org/ 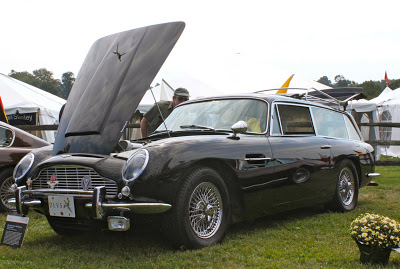 This is an Aston Martin DB6 Shooting Brake, built by Harold Radford in the UK. The term “shooting brake” originated with horse drawn carriages and would evolve to describe a car designed to carry a hunting party with weapons and gear and hopefully with their trophies! Today it is used to describe a very high-end station wagon. David van Schaick owns this example that was also a part of the Aston Martin Centennial exhibit. 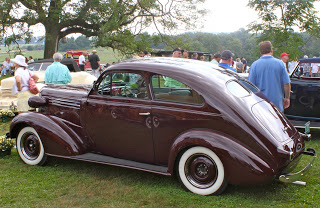 Daniel Rose’s ‘38 Chevrolet Sloper coupe was a long way from home. It was built by GM’s Australian Holden affiliate on a knocked-down body/chassis package shipped from the U.S. Most were outfitted with body styles common to those available here, but Rose’s car received a unique fastback body style often found on coachbuilt cars. Even in Australia these cars are not common as fewer than 150 carried this body style. 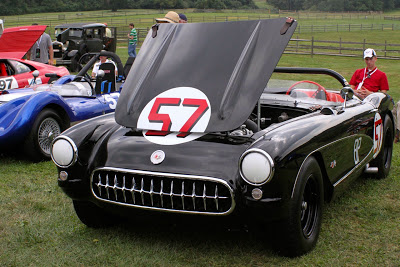 Originally campaigned by Bob Mouat when new, this ‘57 Corvette is now owned by Frank Buck. It became a racer soon after delivery and remained so for its entire life. The ’57 Corvette was the first to feature fuel injection, four-speed, and serious race-only brakes and suspension. 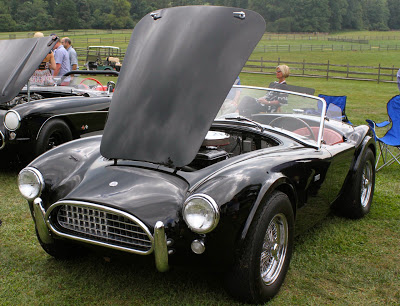 Felecia & Lee Cross own this slab side, small-block Cobra, CSX2393, which has become increasingly rare in this age of clones, tributes, knock-offs and re-bodied cars. While it has been well cared for, it has not been restored other than new paint and upholstery in 2004.  Its acquisition represented a long-term dream for them. One could not hope for better keepers of the flame for this legend than the Crosses. 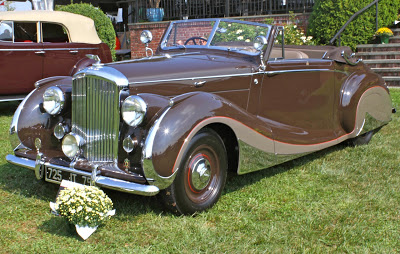 Marlene & Gene Epstein’s ‘47 Bentley with a coachbuilt body caught my eye thanks to its two-tone brown paint and high level of detail. Its trunk contains a spare and jack, but is carpeted and held down by plated hardware. Added for display are the owner’s manual and a period picnic hamper, complete with china plates, cups, saucers and serving pieces. 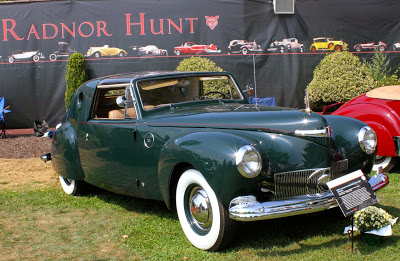 Designer Raymond Loewy originally bought this ‘41 Lincoln Continental and had Derham Body customize it. The work was extensive and featured, among other changes, a Plexiglass roof and portholes in the sail panels. Lowey’s initials appear in the circle near the front cowl. 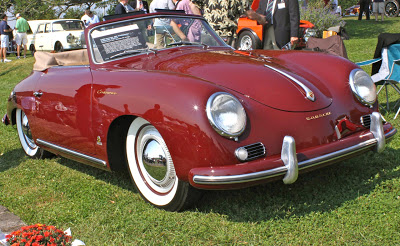 Anxious to penetrate the lucrative American sports car market in the 1950s, Porsche made concessions to their perception of American taste. Glynette & Barry Wolk’s ‘55 Porsche 356 Continental Cabriolet sports full wheel covers and wide whitewalls. The model name Continental was thought to be more American than the 356 model designation. Ford would claim trademark infringement and the name would disappear from Porsche’s portfolio! 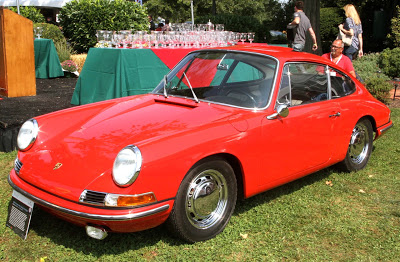 Given the name Barbarossa, this Porsche 901, owned by Diane & Don Meluzio, is one of a handful of 911 prototypes. It features unique forward-opening sunroof and dash, gauges.