Skip to content
Iconic racer was one of the fastest drivers in the highly competitive Sixties and Seventies racing scene. 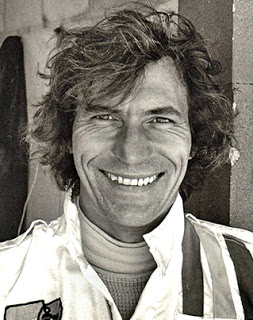 Vic Elford’s lap records include Targa Florio, Nurburgring, Daytona, Sebring, Norisring, Monza, Road Atlanta, Laguna Seca, Riverside and Le Mans. He was the first driver to lap Le Mans at over a 150 mph average in the Porsche long-tail 917 in 1970.
Known as “Quick Vic” to friends and competitors, Elford is one of the few drivers to excel in sports cars, rally cars, and Formula 1 at a championship level.

His 1968 season began by winning the prestigious Monte Carlo Rally in a Porsche 911, followed by an overall win the next weekend in Daytona at the Rolex 24 Hour race – Porsche’s first 24-Hour race victory. He finished second at the 12 Hours of Sebring a month later, then in May scored an epic victory at the Targa Florio, considered the greatest win in Targa history. Two weeks later Vic won the Nürburgring 1000 Kilometers. Then in his first F1 race in July, Vic took an out-classed Cooper to a stunning fourth-place finish in the soaking-wet French Grand Prix. 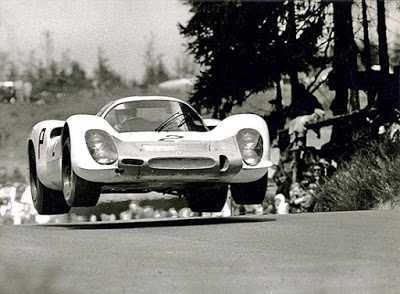 Despite beginning the second lap of the ten-lap, 450 mile race more than 18 minutes behind, Vic and co-driver Umberto Maglioli came back to win the 1968 Targa Florio with their Porsche 907 by over a minute. In recognition of his efforts, Porsche dedicated their traditional victory poster not to the car, but to the driver for the first and only time.

Although he raced for Porsche for five years and was the only driver to race every version of the Porsche 917, Elford was one of the most versatile drivers of his or any era. Elford raced in Sports Cars, Rally Cars, Formula 1, CanAm, and the Daytona 500 of NASCAR.

During the 1972 24 Hours of Le Mans, when a Ferrari crashed in front of him, Vic stopped mid-race to try to extricate the driver from his burning car. Television cameras caught the action and Vic was named “Knight of the National Order of Merit” or Chevalier de l’Ordre National du Mérite by French President Georges Pompidou for his act of courage and heroism.

Vic has been a featured guest at all four previous Porsche Rennsport Reunions, and will attend the upcoming Rennsport Reunion V this September 25-27, 2015 at Mazda Raceway Laguna Seca. Elford was elected to the Motorsports Hall of Fame of America in 2001 and currently lives in South Florida, with his wife Anita.