Skip to content
Sarasota Café Racer Bob Bailey, together with co-drivers Jacques Duval and George Nicholas, won class honors at the 1971 Daytona 24-hour Enduro in the #5 Porsche 914-6 GT. Bob’s back racing a nut & bolt recreation of the original. 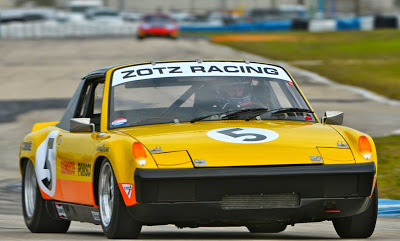 The original race-winning #5 Porsche 914-6 GT is currently in Paul Pflugfelder’s collection in Boston and has been replicated for Bob Bailey by Ron Zitza, Zotz Racing in Orlando, FL. Bailey’s current racer, in original Sunoco livery, has been updated from original with the latest safety equipment and its engine boosted by an additional 70-plus horsepower.

In 1971, Bob Bailey and Team not only won the Two-Liter class at the Daytona 24-hour, but also finished Seventh Overall in a 70-plus-car field filled with legendary high-power racecars. 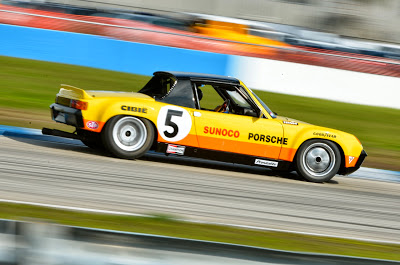 “The secret to our team’s success was creating a plan for the enduro and sticking with it,” said Bailey. “The key is to be able to run trouble-free. We planned a moderate pace and ran at it.”

“We drove two-hour shifts, which was how far we could go on a tank of gas, and our pit crew got the car in and out quickly. There were a number of accidents during the night, but our Porsche dodged them all on its way to the checkered flag the next afternoon.” 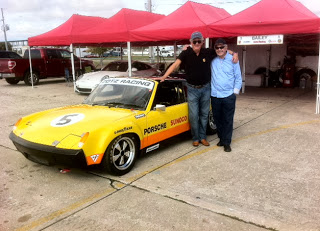 The race’s overall winner was the Gulf Oil short-tail Porsche 917 Prototype racer driven by Pedro Rodriguez and Jackie Oliver. Finishing Second to #5 in the Two-Liter class, eight laps behind, was the 914-6 GT driven by American rally-champ, John Buffum, Steve Behr and Erwin Kremer. Kremer later gained fame building signature racing Porsches. The competition-bred 914-6 GT, based on the first mass produced, mid-engined Porsche sports car, came stock with fender flares, fiberglass front and rear deck lids, and a 911 six-cylinder engine. It made its competition debut at the 1970 24 Hours Of Le Mans, where it scored a class win and finished Sixth Overall. Bob Bailey with #5 and co-driver Jacques Duval, above. 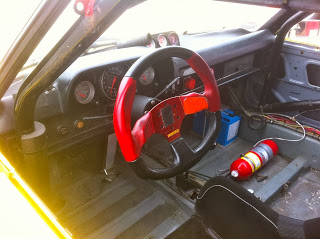 At Daytona the following January, three 914-6 GT variants were entered in addition to the factory-built #5. Two were built with parts kits from former Daytona 24-hour class winner Ralph Meaney’s team and a single parts-built car from Brumos Porsche, driven by Peter Gregg and Hurley Haywood. Porsche 914-6 GTs successfully raced in the 1970 & 1971 seasons, with Haywood & Gregg winning the first IMSA GT Series Championship. With larger engines they continued racing for a decade and today are popular in Historic Racing. 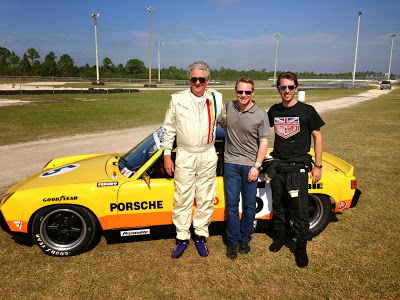