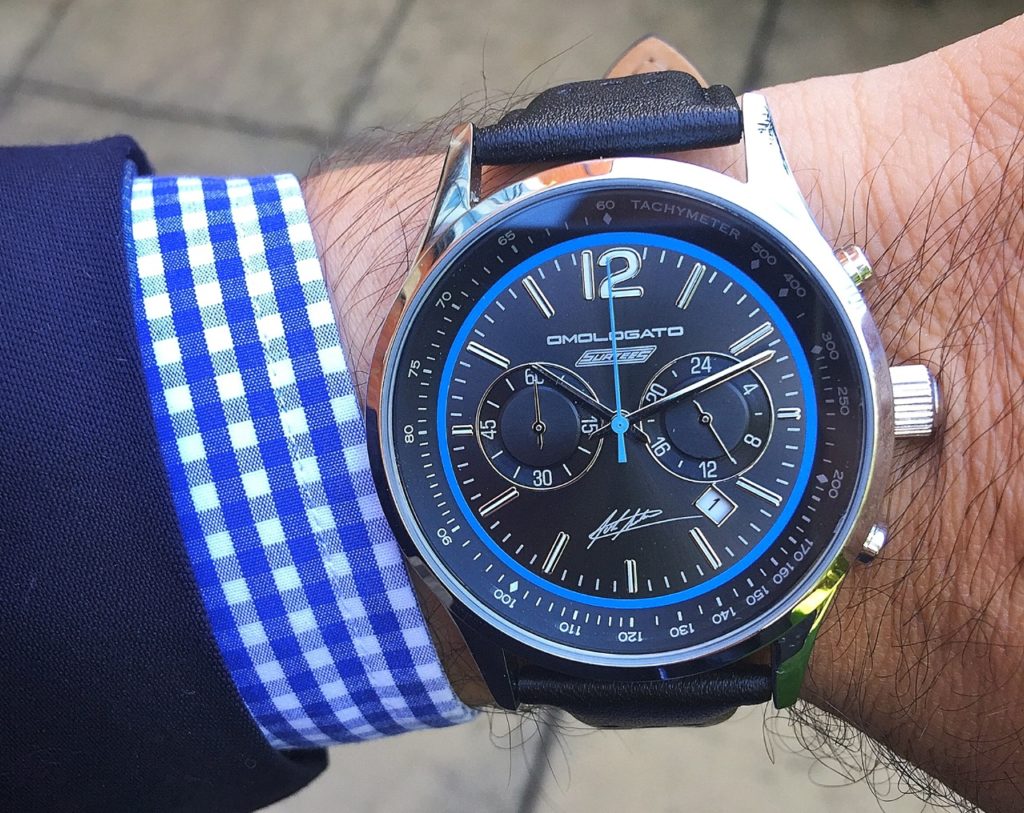 Late last year, John Surtees, CBE started the unique challenge of designing a watch with Omologato. After his unfortunate passing in March, the bespoke timepiece project was picked up by his family and is now available exclusively to the public in order to raise money for the Henry Surtees Foundation. Omologato prides itself on offering people the opportunity to wear a piece of racing history through its motorsport-inspired timepieces. No other watch can lay claim to being handcrafted and designed by a world champion on two and four wheels. The Surtees is an emotional watch, one that the family was committed to completing and one that pays the ultimate tribute to the automobile and motorcycle racing legend.

The Surtees Omologato chronograph incorporates the symbolic attributes that represent the story behind John Surtees, CBE. The blue color used within the dial comes with a unique motorsport tale. Enzo Ferrari dropped the traditional Ferrari red in 1964, after a dispute at home in native Italy, in favor of a blue and white color scheme. Surtees, leading Ferrari’s charge used the different livery for the final two GP races of that season. At the final race, he sealed the World Championship crown, becoming the first Ferrari driver to claim an F1 title in blue whilst also being the first – and to date only – champion on two and four wheels.

This quality bespoke chronograph is adorned with a signature from the motor racing hero, giving owners the opportunity to feel truly a part of a story that has become legend. Profits from the watch will help raise funds for the Henry Surtees Foundation. The charity was founded following the tragic death of John Surtees’ 18-year-old son Henry, who was killed behind the wheel of a Formula 2 race at Brands Hatch in 2009. 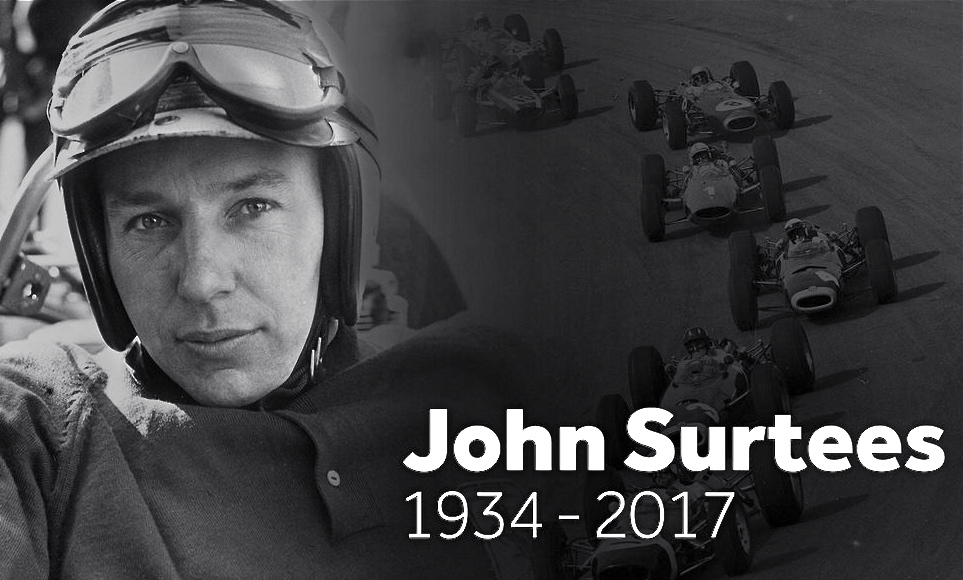 The Henry Surtees Foundation supports pioneering new projects such as providing funding to multiple air ambulance services around the UK to enable them to carry blood and plasma on board its aircraft. ‘Blood on board’ significantly enhances the pre-hospital critical care that their crew can offer at the scene of accidents, giving patients a better chance of recovery from some of the most devastating injuries.

Omologato founder Shami Kalra said: “Il Grande John was the most versatile racer, an icon for lovers of two and four wheels and a motorsport legend. We were honored to have John Surtees start the design process of this watch and were truly devastated when he passed away. Having the timepiece completed by those who loved him most was a fitting tribute to such a wonderful man.”

Henry Surtees Foundation Trustee and daughter to John Surtees CBE, Leonora Martell-Surtees said: “The Surtees is a watch Dad would have worn. Designing this watch was truly a unique challenge, it has been something the whole family has been involved with and we have all been impressed with the freedom and control given to us in creating the final product – something Dad would have wanted.

“The Surtees is in some ways the perfect homage, it was a new undertaking none of us had experienced and it will continue to help save the lives of so many people who benefit from the Henry Surtees Foundation.”

To learn more about the Henry Surtees Foundation, please visithttps://www.henrysurteesfoundation.com/

For more information about the Surtees watch and the complete Omologato line of unique and affordable quality timepieces, please visit ttps://www.omologatowatches.com/