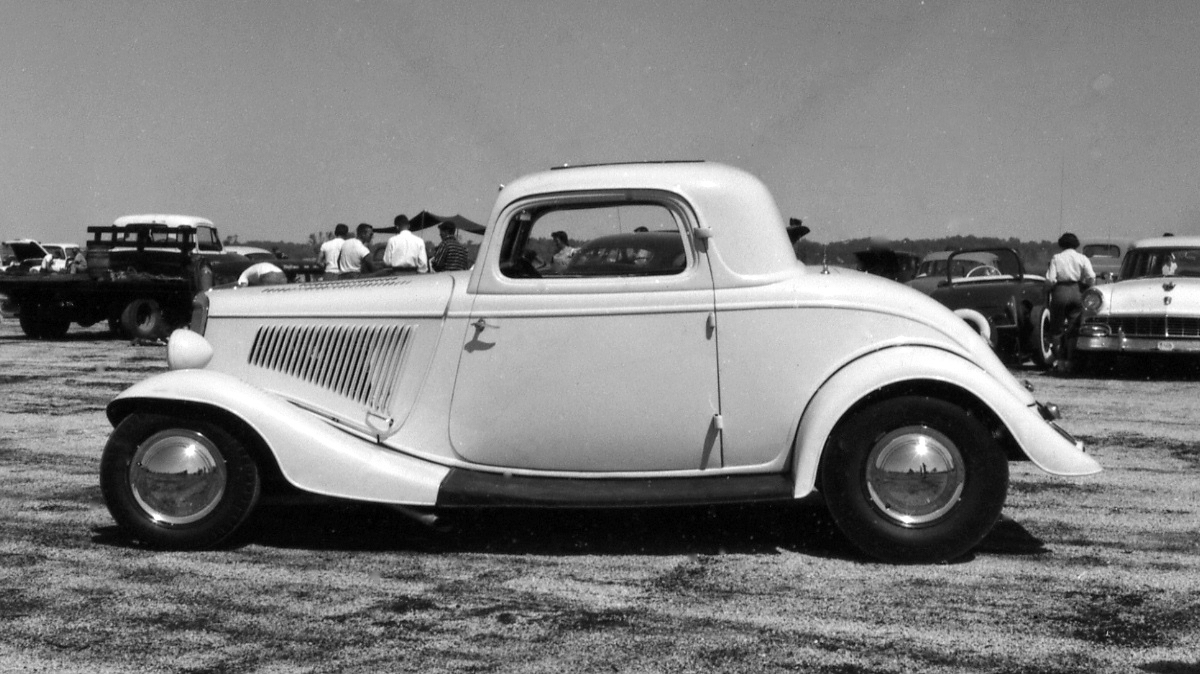 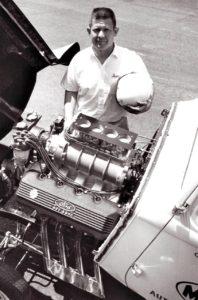 I am going absolutely bonkers. No, it’s not from being cooped up at home for the past four-plus months. Anna and I are doing very well in that regard, thankfully. Plus I got one car finished in the garage, another to build, and I even finally got some time in the model room, with good results. Plus I’ll also report that the ’33 sedan runs great and everything works fine. We’ve taken it on a couple of good cruises so far, which is a great way to get out of the house, enjoy your hot rod or custom, and maybe explore some new territory – while staying perfectly safe as long as you don’t stop anywhere.

What’s driving me nuts is my photo archive. I’m sure many of you can relate to this. First, as I was looking for something else last week, I happened to find a manila folder with “George Montgomery, ’34 Cad coupe, ’56 B&W”, top photo, written on the tab. Of course I pulled it out to see what was inside, and that’s exactly what you’re seeing here: ‘OHIO GEORGE’ MONTGOMERY: FIRST DRAG COUPE. 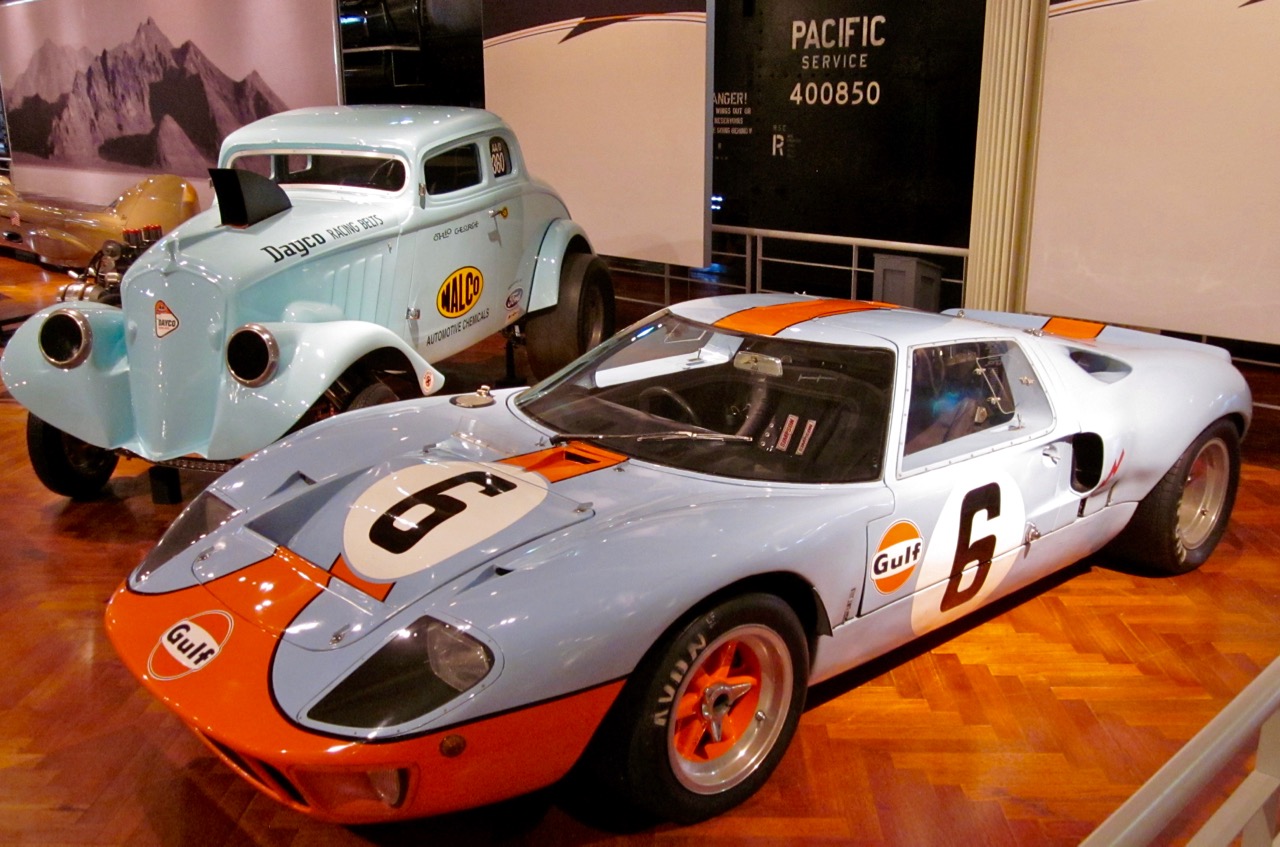 Legendary “Ohio George” Montgomery Malco Willys in good company with the GT40 that won Le Mans in 1968-1969 at the Henry Ford Museum. Both are Ford powered! Photo: Joe Curley.

This is the good part. The thing is, it’s the only folder like this that I have, and I’ve already forgotten where it was filed, possibly under 1950s Drags, or Miscellaneous Something-Or-Other. And of course I’ve totally forgotten where or how I got it. Inside were 1-1/2 proof sheets of 2-1/4-nch film (12 photos per 8 x 10 sheet), two 8 x 10 prints (engine and interior), and two other prints mounted on cardboard, with the car outlined in white poster paint. I’ll show you. There was also a label, clipped from the original file envelope, stating that the photos were taken at the Kansas City Drags on 10-19-56, that the rating of the feature was “Good,” and that it was originally slated for Car Craft (“CC”) magazine. 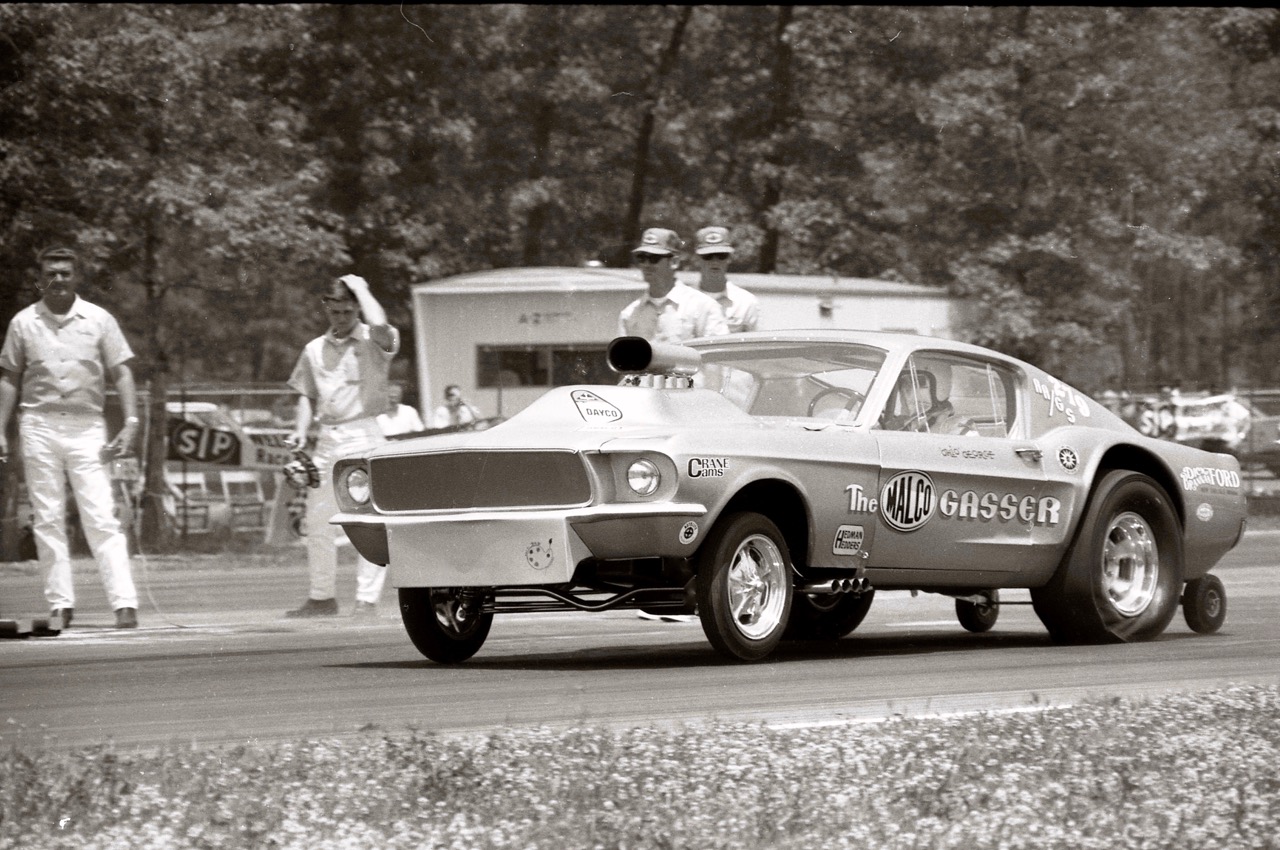 However, written in pencil later was “Big Stuff” and “April ’57.” And two of the prints with black grease pencil crop marks had “APR HRM” written on the bottom. So I looked in my Apr. ’57 Hot Rod, and there it was on pg. 34: a one-page feature with the title “Big Stuff,” a subtitle “Fine Ohio drag coupe packs a king-size Cad powerplant,” and the four photos I had in my folder, with both the front and rear “overalls” floating on the page.  No body copy, just four captions. Continue reading ‘OHIO GEORGE’ MONTGOMERY: FIRST DRAG COUPE@ https://patganahl.com/2020/07/27/ohio-georges-first-ride/