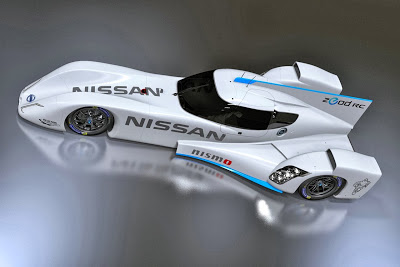 After an intense eight months of development, design and construction, Nissan’s revolutionary Nissan ZEOD RC electric racecar was unveiled today at Nismo HQ in Yokohama. The Zero Emissions on Demand racer has gone from zero to ZEOD in a mere 33 weeks after Nissan Chairman and CEO Carlos Ghosn in February announced Nissan’s goal of returning to the
Le Mans 24 Hours next year with electric power.

The ZEOD RC will race next year at Le Mans after being invited by the Automobile Club de l’Ouest to occupy the “Garage 56” entry for vehicles showcasing new and innovative technology. Nissan is using the ZEOD RC as a test bed to develop new electric vehicle technologies for Nissan’s planned future LM P1 program. 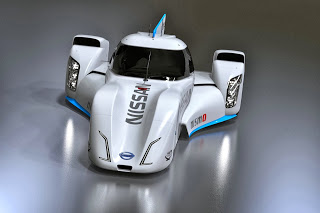 The initial prototype showcar of the revolutionary electric racer was revealed at this year’s Le Mans 24 Hours, but today’s unveil at the Nismo HQ showcased the dramatic evolution of the design featuring revamped styling, new cooling inlets and aerodynamic updates.

Nissan’s ZEOD RC will become the first car to complete an entire race lap of the 8.5-mile Le Mans circuit on nothing but electric power. The car will reach speeds in excess of 185 mph and lap the famous French circuit faster than an LM GTE car! 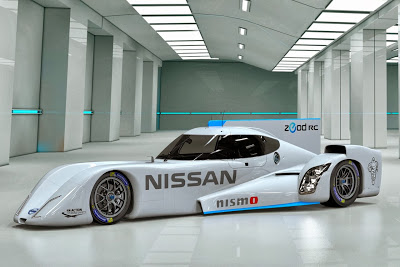 Its driver will be able to switch between electric power and a small lightweight turbocharged internal combustion engine. The car – which shares the same battery technology as the
Nissan LEAF – will recharge its battery via regenerative braking. Fans will get the chance to take a close look at the Nissan ZEOD RC in the Fuji paddock throughout the course of the
FIA World Endurance Championship weekend. 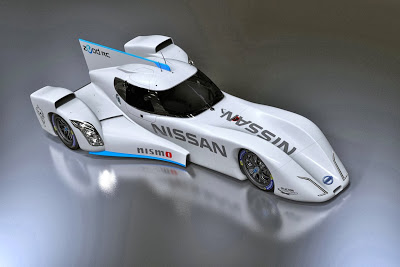 “We’re going to let Michael Krumm take a look at the car for the first time and he will join Lucas Ordóñez in a test driver role in helping develop the car. His experience in winning Super GT and FIA GT1 World Championships for Nissan will be a very valuable asset to the program. Michael
is also a Nissan LEAF owner and a passionate believer in the future of electric vehicles
for the road,” said Darren Cox.

Nissan is renowned as a global leader in electric vehicles for the road – selling more than 80,000 Nissan LEAF since the start of sales in late 2010. The Nissan ZEOD RC is the first step on taking the lead in bringing electric vehicles to the racetrack. 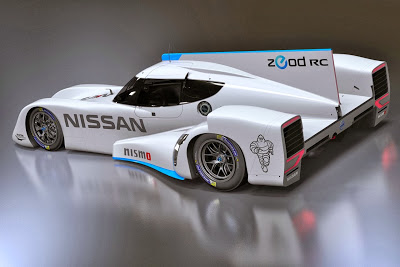 Fans at Fuji Speedway this weekend will also see Nissan power in action in the LM P2 class of the FIA World Endurance Championship.  The Nismo-tuned Nissan VK45DE V8 engine has dominated the season so far, taking pole position and victory at every round. With eight
Nissan-powered LM P2 cars racing at Fuji, Japanese fans have a good chance of
celebrating another win for Nissan.