Skip to content
Under the auspices of Iran’s Classic Car Committee, enthusiasts celebrate the Golden Anniversary of America’s Ponycar at the Azadi racetrack. 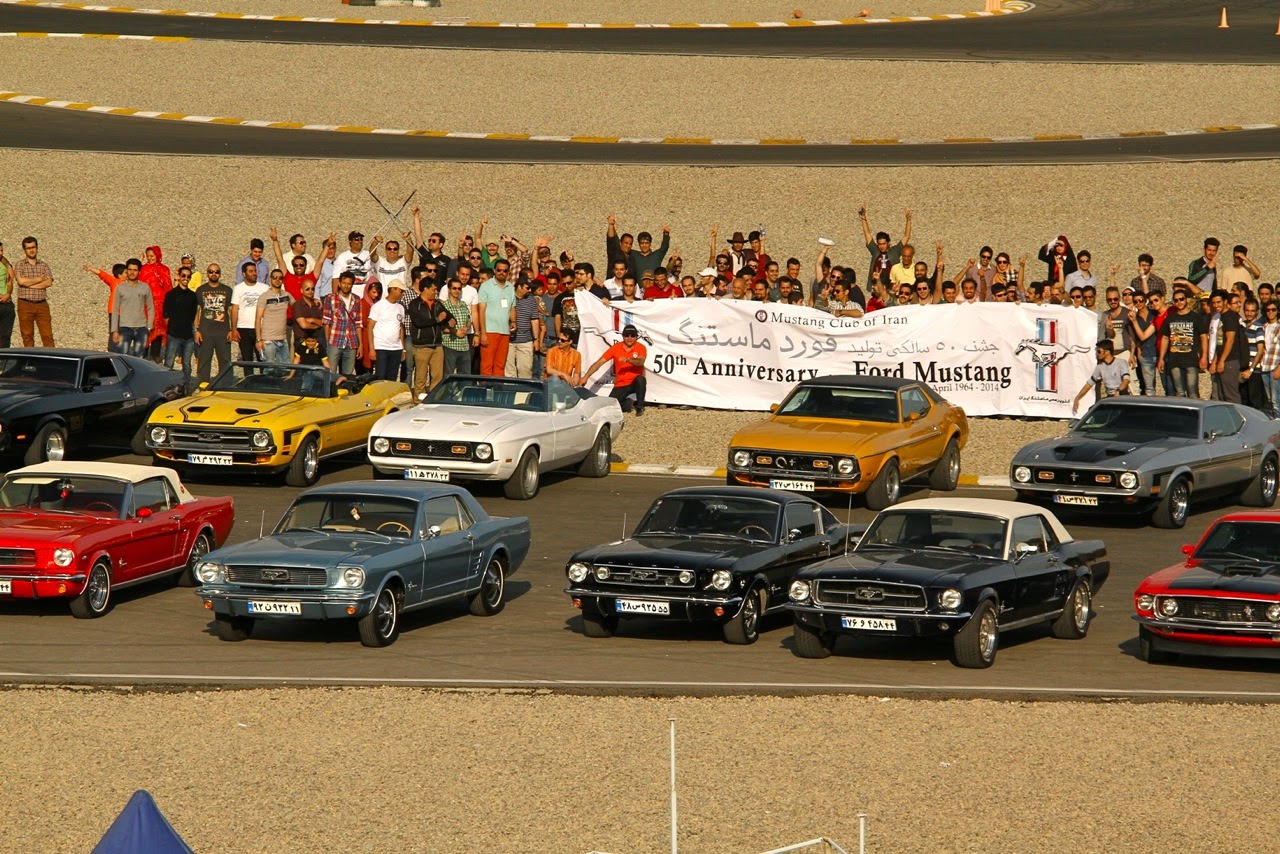 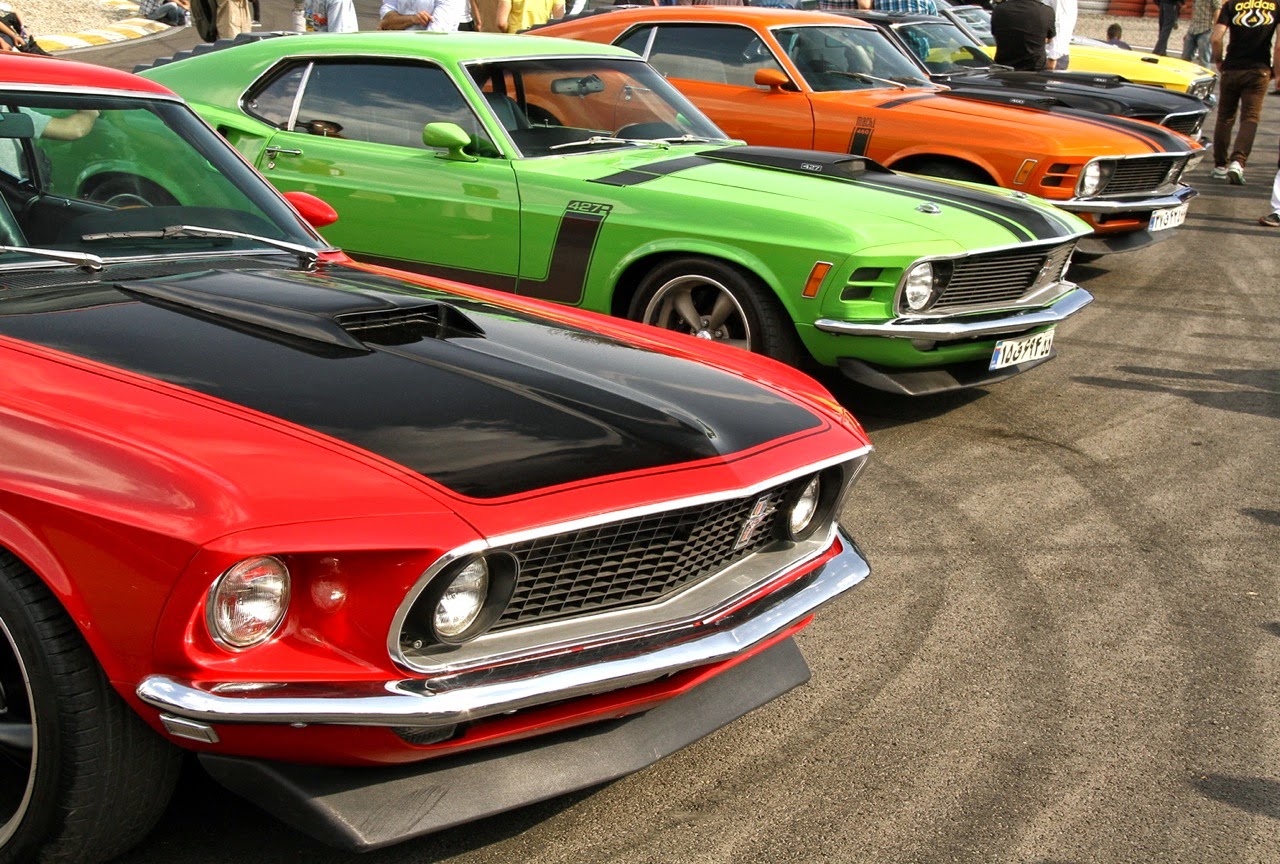 Iran’s Mustang Club President and life long Mustang enthusiast, Amir Bagheri, still has pictures of himself as a three-year old sitting on the hood of his father’s ‘66 Mustang. A prominent car collector, the centerpiece of his collection is a trio of 1965-1966 Mustangs: fastback, notchback coupe and a convertible. He is currently restoring a ‘69 Shelby. He does all of his own restoration work in a workshop he has built in his factory. 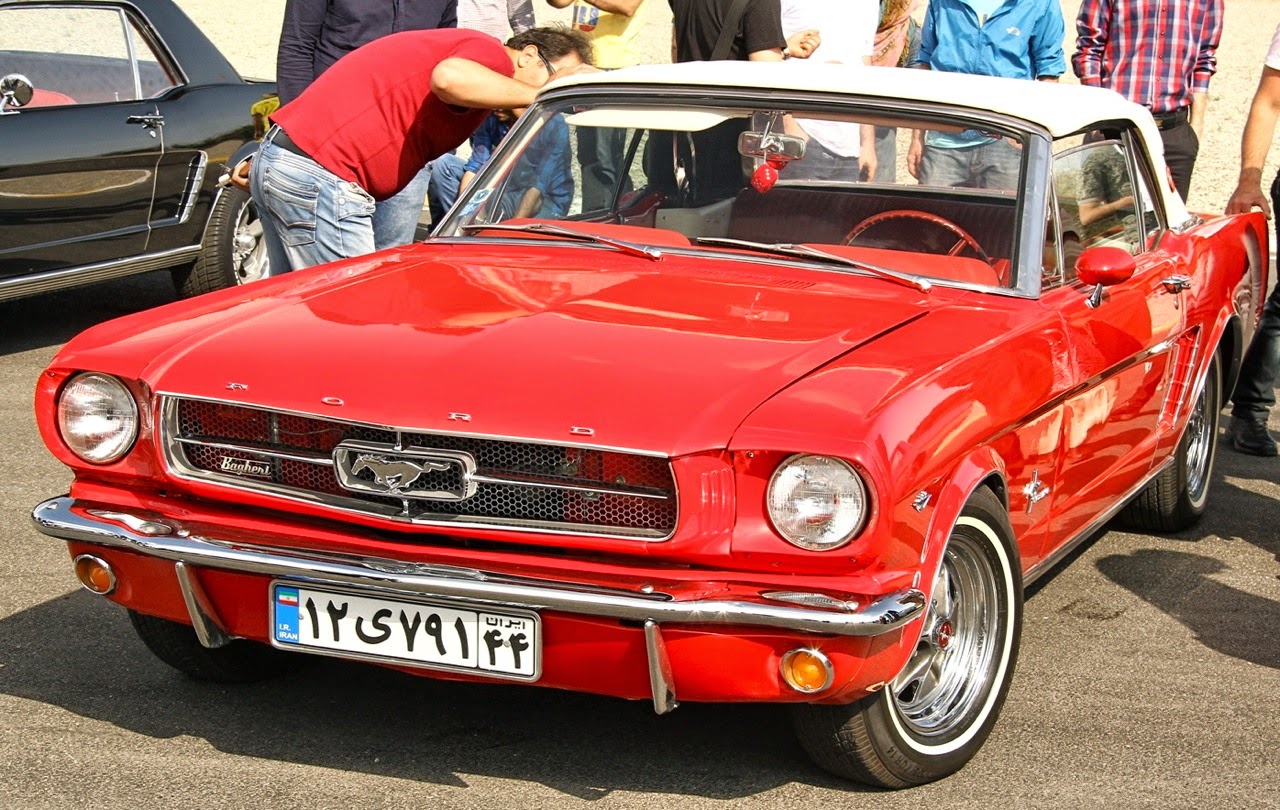 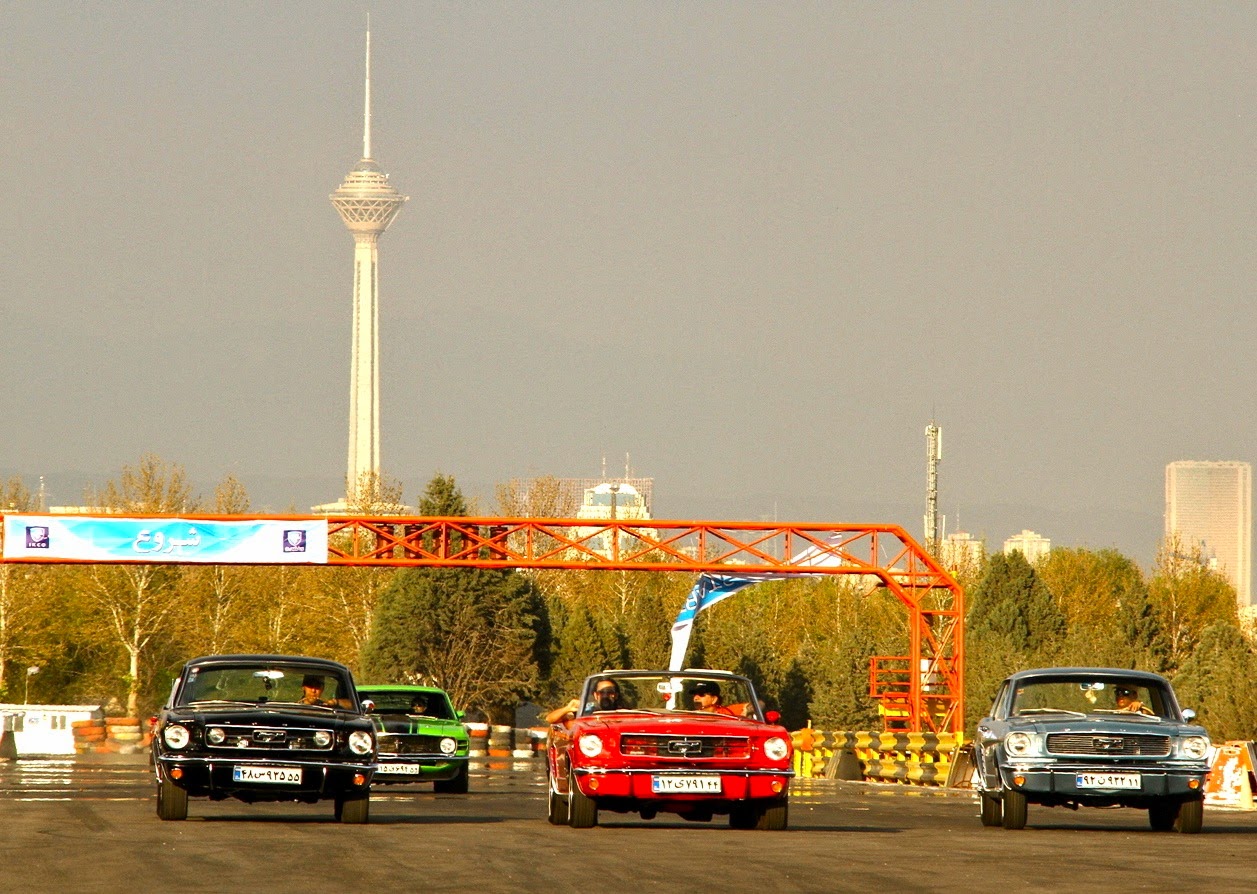 In the celebration event, most models of from 1964 1/2-1973 model years were represented, with a bevy of notchback coupes & convertibles, fastbacks, Mach 1s and even Plain Jane six-cylinder models. After the show, group photos were taken followed by a parade down the track that very quickly disintegrated into some hot laps and competitive driving. Car guys just want to have fun! 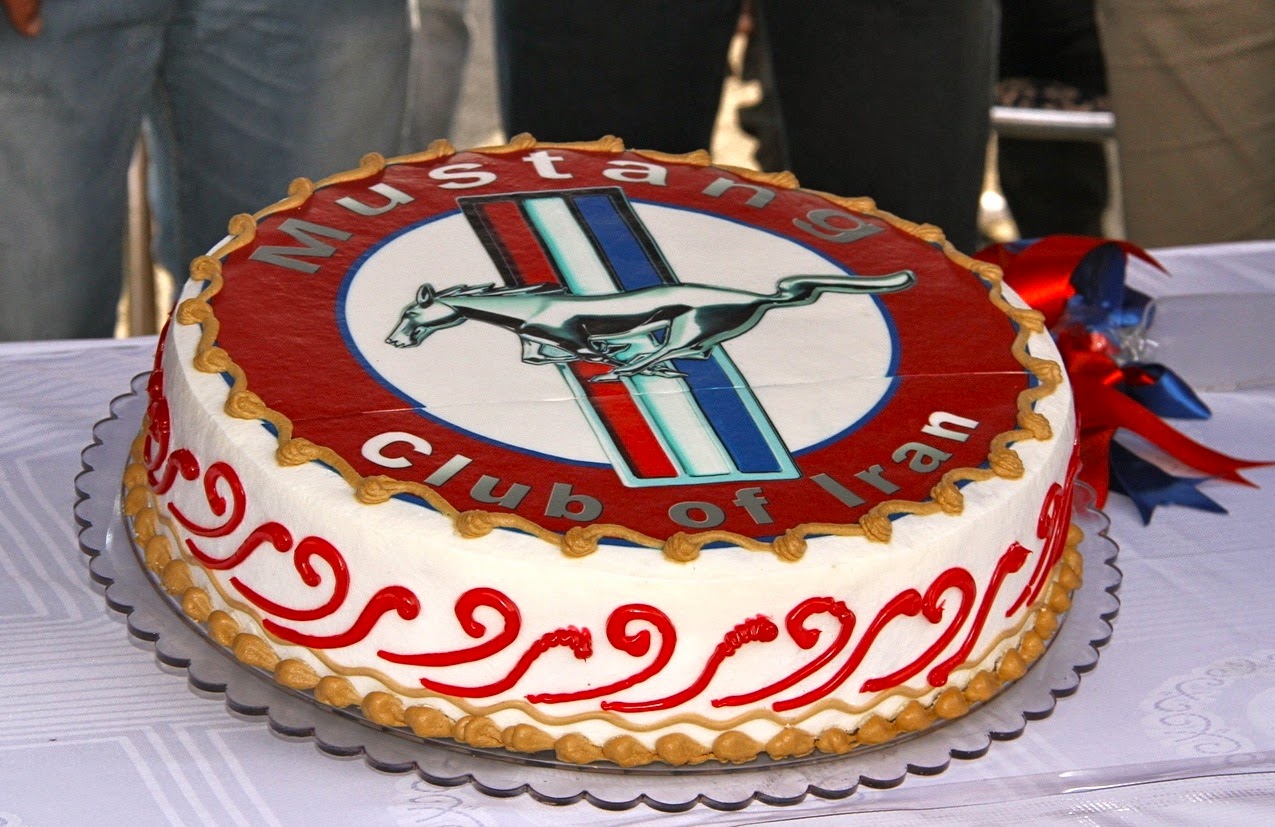