Skip to content
Next year’s Silverstone Classic (UK) will pay special homage to the legendary Ford Mustang, the car that created the Ponycar category. 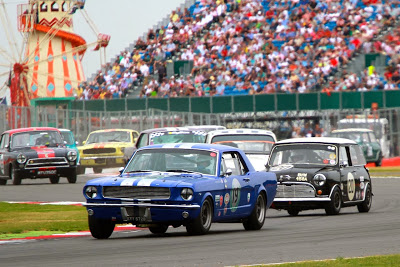 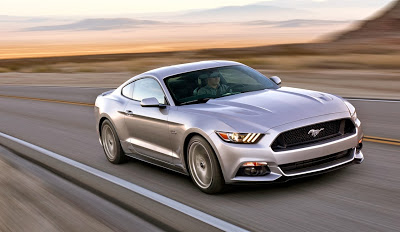 First unveiled in New York City in April 1964, Ford’s iconic Ponycar is celebrating its 50th birthday in 2014 – a milestone that will be marked in style both on and off the Grand Prix circuit at Silverstone, top, the World’s Biggest Classic Motor Racing Festival. Next summer’s Classic (July 25-27) has been chosen by the Mustang Owners Club for its official 50th anniversary celebration for the Ford Mustang.

Underlining its on-going popularity the Mustang, complete with retro design cues, has remained in production ever since those early days with varying degrees of success. Indeed, the sixth generation (2015), above, is being revealed to the world today by Ford and will, for the very first time, be marketed for export in right-hand-drive form. 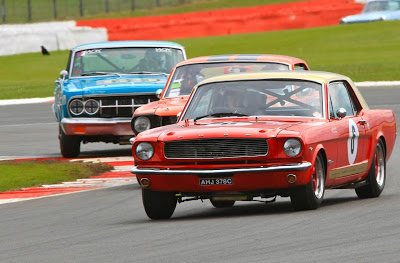 The weekend will not only include dedicated displays and parades showcasing all five generations of the much loved Mustang, but there will also be two thundering races dedicated to mighty American V8-powered machines from the 1960s. While the packed 50-plus car grids will also include other Detroit Iron from the era, the vast majority of the field will consist of competition-prepared Mustangs to honor the remarkable occasion. 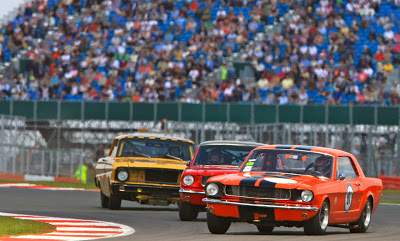 “The Mustang celebrations follow on perfectly from the amazing party we had last summer for the Porsche 911,” said Event Director, Nick Wigley. “Like the 911, the Mustang has been in continuous production for 50 years and has become a global icon among sports cars. We are thrilled that the Mustang Owners Club will be holding its official birthday festivities at the
Classic and, with what we expect to be a record number of Mustangs racing on the track,
it’s going to be another fantastic celebration at Silverstone.” 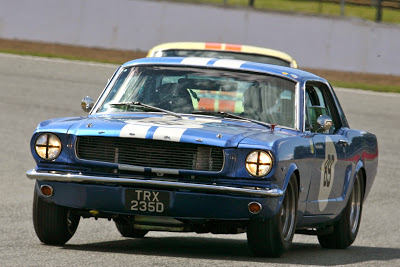 Introduced in 1964, the Mustang was an immediate success with more than a million sales in its first two years. It’s name, and then appealing long hood/short deck design, inspired a whole new breed of affordable, compact, high performance street machines best known as Ponycars.

The waves made by the Mustang resounded well beyond the automotive world, too. The car quickly became a film star appearing in various early James Bond movies including Goldfinger and Diamonds are Forever and, perhaps most memorably, when driven through the streets of San Francisco by Steve McQueen in Bullitt. It also featured in chart-topping songs such as the Wilson Pickett classic Mustang Sally. 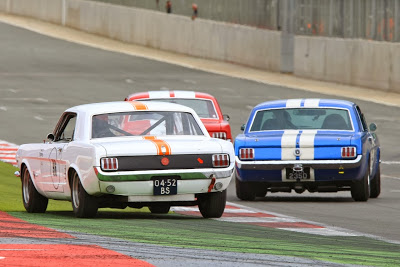 Initially hardtop coupe and convertible body styles were offered but a sporty 2+2 fastback version was quickly added to the original model lineup. For those who wanted some extra performance, a collaboration with the legendary Carroll Shelby produced the even more muscular 300-plus horsepower Shelby GT-350. 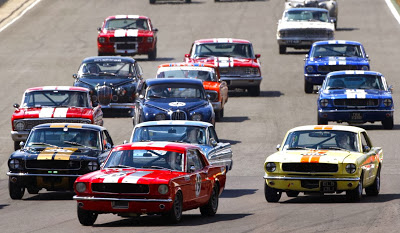 The Mustang’s outstanding motor sport history also dates right back to the early days. It made its racetrack debut within a month of its introduction as pace car for the 1964 Indianapolis 500. Later in the same year, Mustangs started racking up the first of many notable competition successes with class victory in the Tour de France road rally. The following year an Alan Mann Racing entered 4.7-litre Mustang raced by Roy Pierpoint won the British Touring Car Championship, while Shelby GT-350Rs captured a host of top titles in the U.S. A host of
notable international victories have followed since, and today many of those original
models are still reliving their glory days and wowing the crowds at premier historic
events such as the Silverstone Classic.

Full details about the Silverstone Classic and the Mustang celebration can be found at http://www.silverstoneclassic.com/

For more information about the 2015 Mustang, please visit http://www.motortrend.com/roadtests/coupes/1312_2015_ford_mustang_first_look/