The Montecito Motor Classic is not a big car show – but it is a great show, blogs our West Coast photojournalist, Jim Palam. 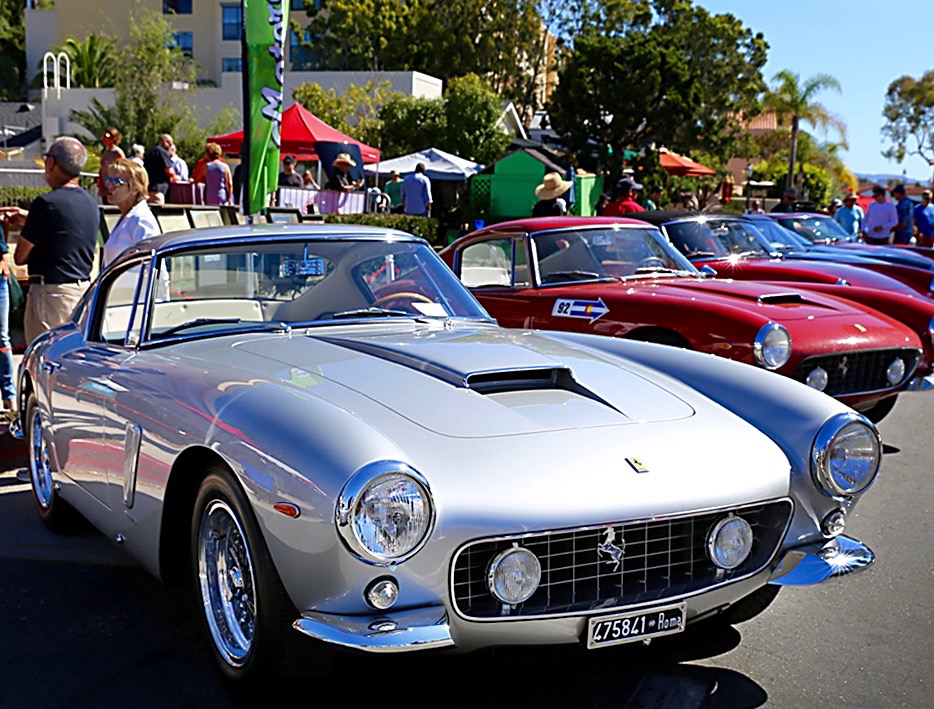 What better way to salute Ferrari than a lineup of fabulous Ferrari Classics on Coast Village Road – starting with Ron Hein’s sexy and swift ’62 250 SWB.

There’s the beauty of its coastal location in magnificent Montecito, CA, the allure of featured marques like this year’s salute to Ferrari and Camaro, and its relaxed style and pace – perhaps best represented by its honored guest and consummate carguy, Michael Armand Hammer. 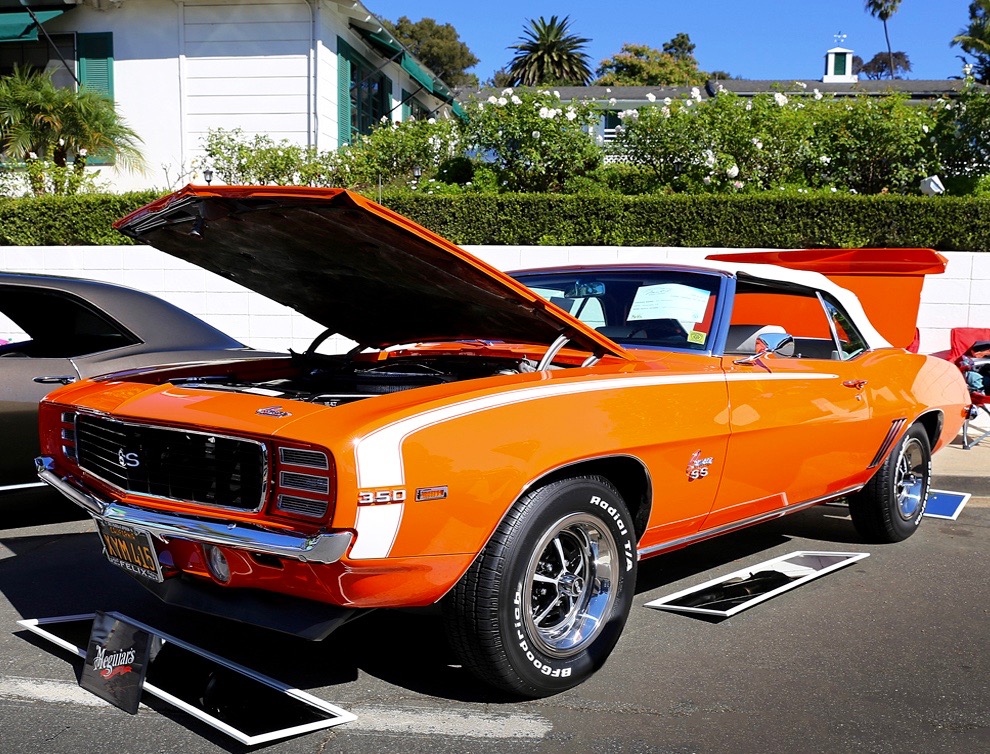 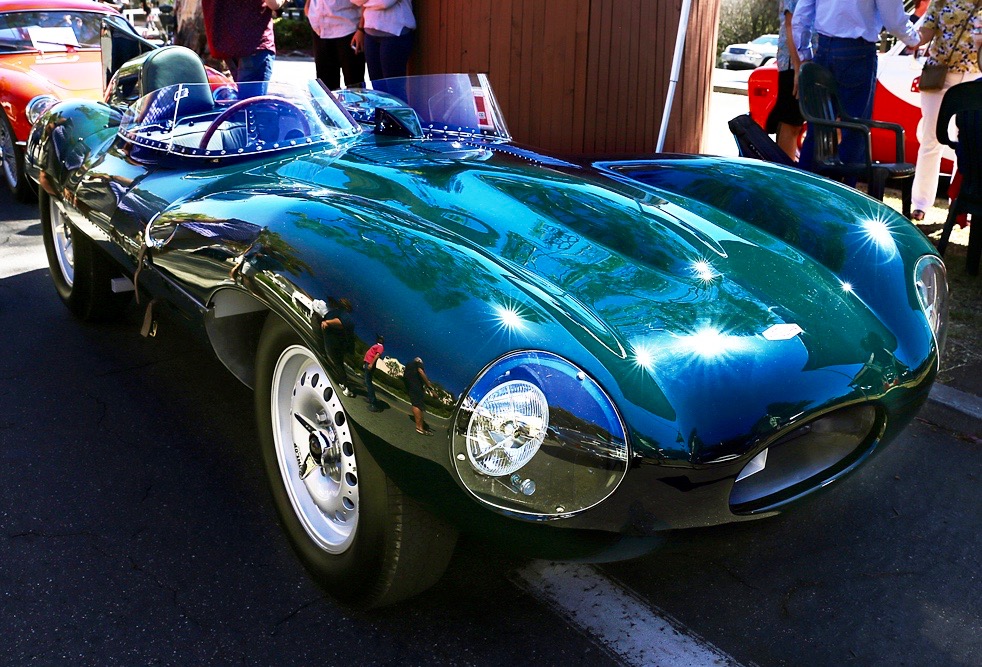 Owner Roger Drue drove his stunning D-Type Jaguar a couple of blocks from home to the show. It’s a faithful short-nose aluminum body replica built in England and recently imported via cargo jet into the U.S. 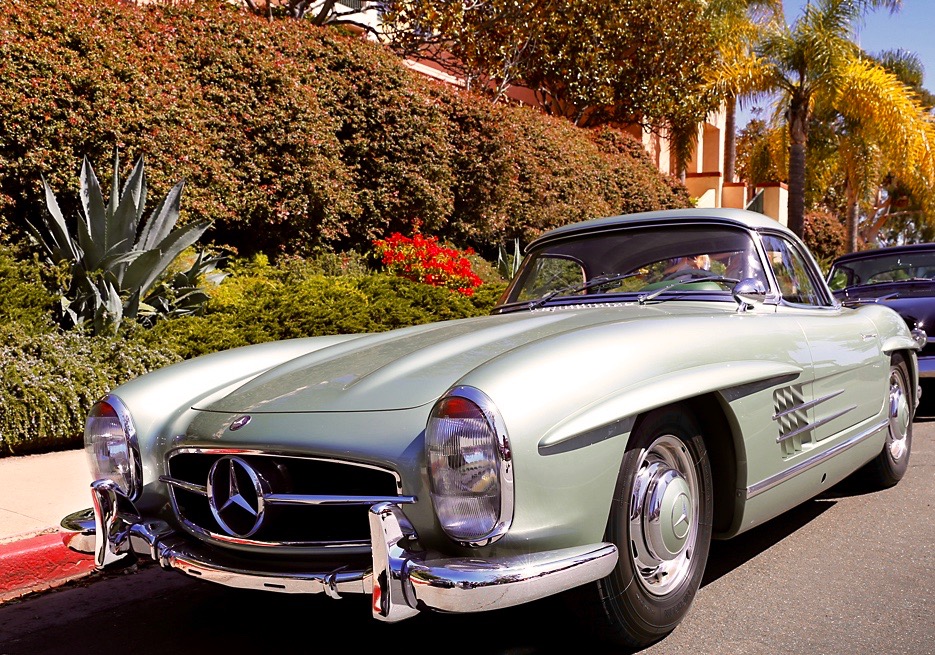 A minty and marvelous Mercedes 300SL. What more can I possibly say about this car other than it was not part of the show – just parked conveniently nearby – and yes, I’d like one! 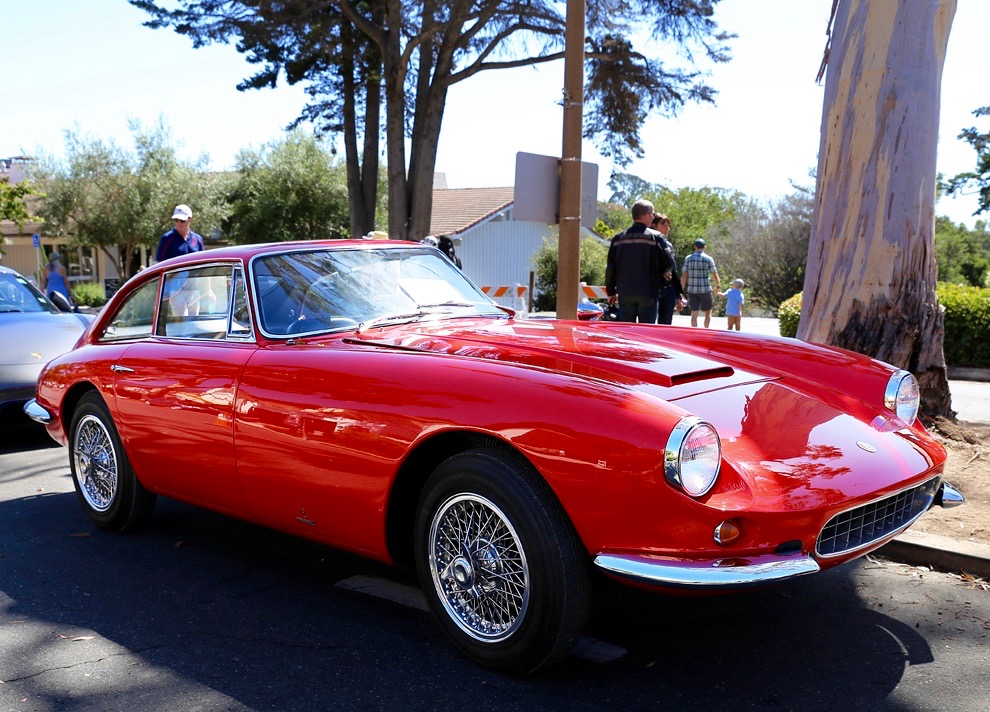 Alexandra Geremia’s really-red ‘63 Apollo coupe features handcrafted aluminum bodywork and Buick V8 power. Custom Apollos were built between 1962 and 1965 in Oakland, CA. Only 42 cars made it to the end of the build line before production was suspended due to lack of financing. 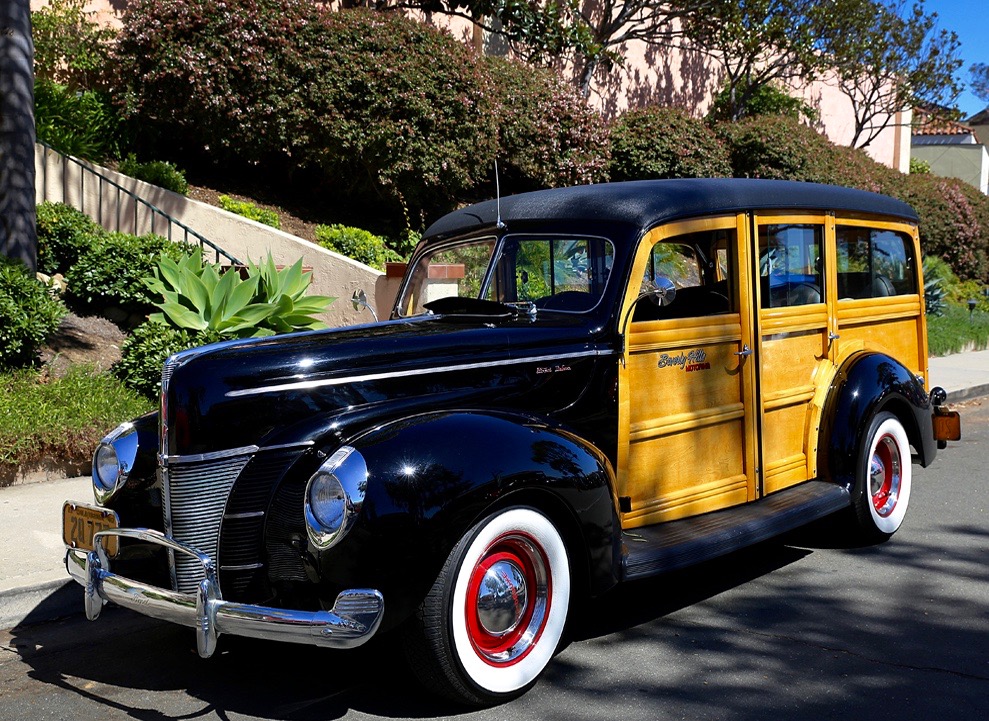 Classic Ford Deluxe Woody Wagon was built in 1940. It features an Art Deco inspired nose, a three-part grille and “Beverly Hills Motors” branding. With an original selling price of $947, these V8-powered wagons were the most expensive model in 1940. Just 8,730 were built. 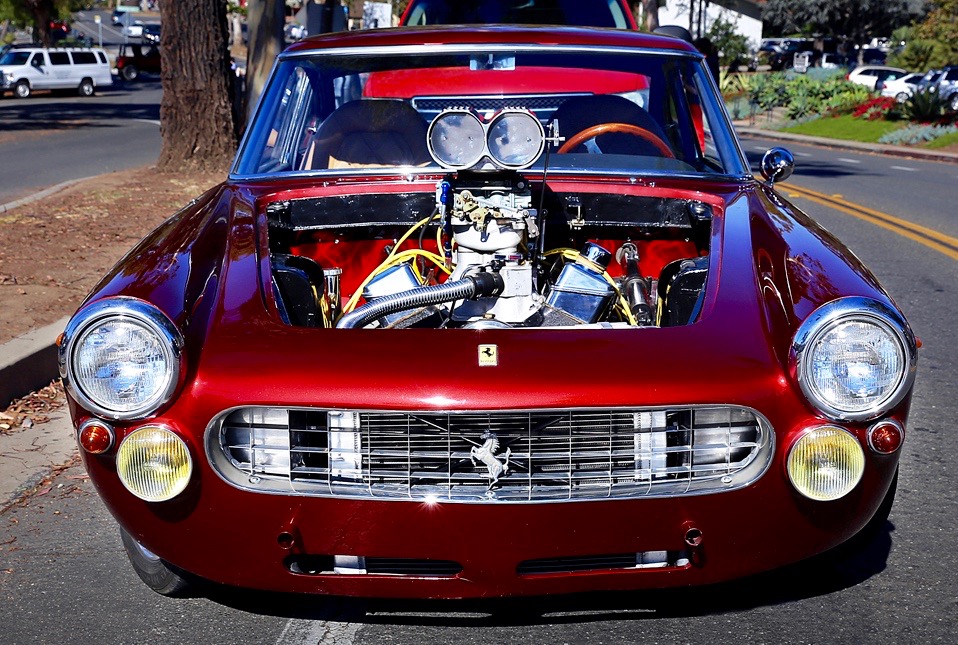 Joe Alessandrino’s ‘63 Ferrari GTE hot rod had to park outside the designated show area – and that was OK with Joe. Ever since he dropped a nasty Chevy DZ302 V8 in an abandoned GTE-2+2 body, he’s been something of an outsider to the Ferrari crowd. But the truth was that Joe thought this was a free Cars & Coffee event and no, he probably wouldn’t have been interested in spending $100 to enter his renegade ride! 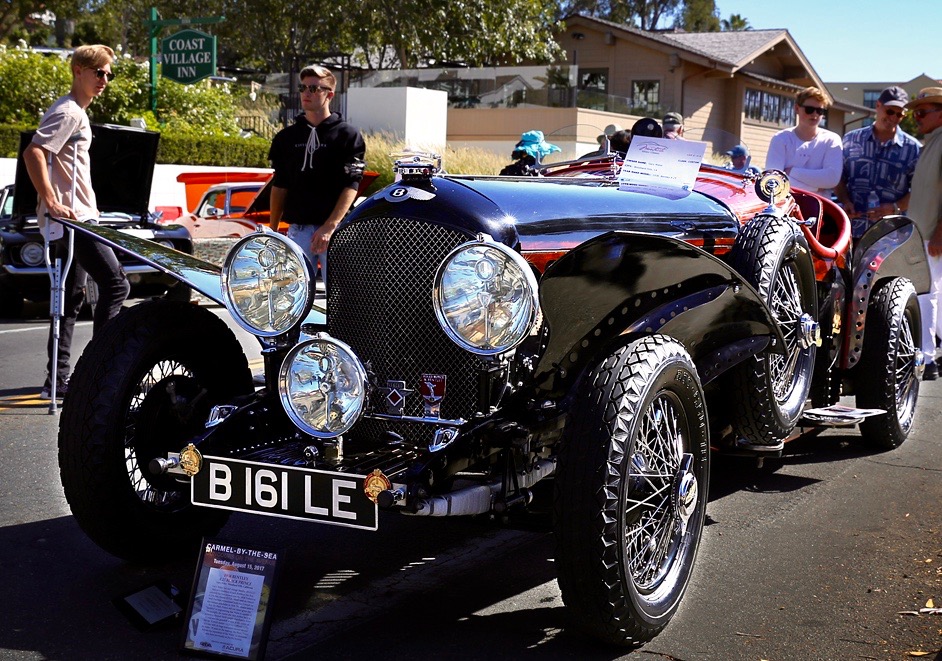 Another show renegade was Gary Wales’ wing-fendered ‘38 “Black Prince” Bentley. Wales re-engineered and restyled his Bentley with body alterations, drive train re-positioning and many performance upgrades over the course of 35 years.

For more information about this outstanding event and the charities it supports, please visit http://www.montecitomotorclassic.com/