Skip to content
You may not have heard about this track, but just about every great American driver in history has raced here! 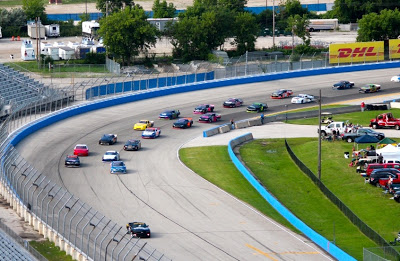 Most enthusiasts have seen the Milwaukee Mile on TV, even if you haven’t been there in person. But The Mile deserves a spot on my list (10 Greatest Race Tracks) because there’s something special about driving on a racetrack that has hosted every great American driver in history. The Milwaukee Mile is virtually alone in staking that claim.

Indy can’t make that claim. Built in 1909, the Indianapolis Motor Speedway is the undisputed world capital of auto racing. But it has hosted only one-race-per-year for most of its existence, and qualifying for that race is extremely difficult. Many great drivers never made it. The
Indiana State Fairgrounds Track of Champions could make that claim until the 1980s,
when the great American drivers abandoned dirt ovals entirely. And the legendary
North American road courses were all built too late to host the likes of Ralph DePalma and Barney Oldfield so they don’t qualify, either. 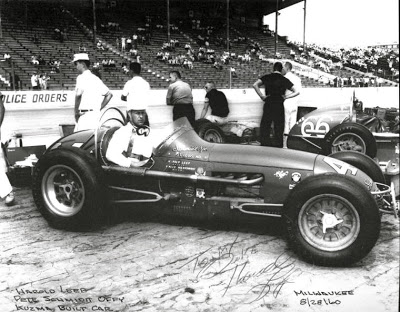 But the Milwaukee Mile has seen it all. It opened as a privately owned horse track just a few years after the Civil War. The first auto race was held at The Mile on September 11, 1903 when William Jones won a five-lap event and set the track’s first speed record with a 50-mph hot lap. After setting a closed course world speed record at the Indiana Fairgrounds earlier in the summer of 1903, the legendary Barney Oldfield came to Milwaukee in 1905 to break Jones’ mark. Photo, above, is of Kuzma-built Offy at The Mile August 28, 1960.

Although the track’s early years were filled with short events that would today be called “sprint races,” twenty-four hour endurance races were held in both 1907 and 1908. Call me crazy, but the world would be a far better place if 24-hour races were reinstated as landmark events on American ovals.

The great Ralph DePalma won here in 1911 and staged match races with Barney Oldfield’s legendary Golden Submarine at The Mile in 1917. Thousands of people showed up to watch only two cars. Seeing a car at all was a big deal back then. There’s no point in trying to list every great driver who has driven at Milwaukee. It is safe to say that virtually every great American driver in history has raced there. And the Green Bay Packers played their homes games in the infield throughout the 1940s. How cool is that? 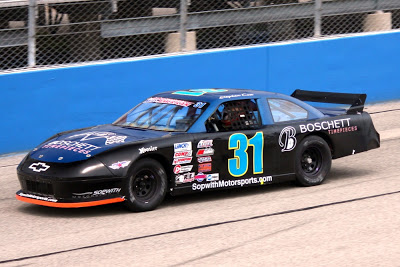 Driving The Mile is something special, and I finally got my shot there a few weeks ago at the Howie Lettow Memorial ARCA race. So for what it’s worth, here’s a summary of my experience.

Entering Turn-1 is a bit blind, believe it or not. The pit wall extends farther than most other tracks and blocks your vision until you’ve already committed to a line. It really freaks you out during your first few laps.

Turn-2 is a pinch. There’s simply no room to float the car high off the turn. The wall rushes up at you and kills your speed on the backstretch. The tail end of the car wants to get away from you here. You’re constantly saving the car with opposite lock. 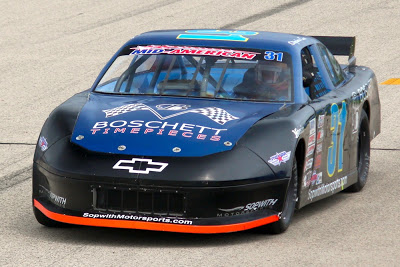 Turn-3 is easy to over-drive. When you do, the car washes up into the second groove. I did that several times accidentally and then learned how to make it work, essentially “diamonding” the corner. Turn-4 is wide and spacious and no matter how hard you accelerate out, you always know you could have gone faster.

My Mid-American stock car weighs 3,000 pounds and produces about 450 horsepower, and I was at full throttle just past the midway point in Turns-3 and 4 despite the fact that my car handled poorly throughout the event. Unlike the wicked pinch in Turn-2, the rear end never really stepped out in Turn-4. When the car reached its limit, it would gently slide out toward the wall in a predictable and controllable fashion. 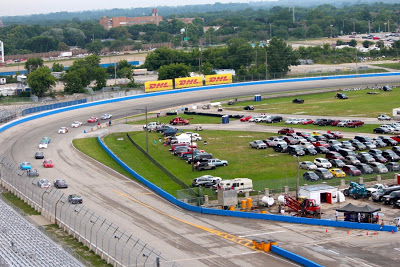 Milwaukee is not a difficult track to drive once you get accustomed to the bizarre entry and exit of Turns-1 and 2. It’s rewarding and the speed is exhilarating. It’s very comparable to Lucas Oil Raceway at Indianapolis or Iowa Speedway. If you are a good driver on quarter and half-miles, you’ll be a good driver at Milwaukee, too.

I love the track and hope to go back and score a win. There aren’t many places left where an average guy has a chance to be on the same winner’s list as Oldfield, Foyt, Unser and Andretti!