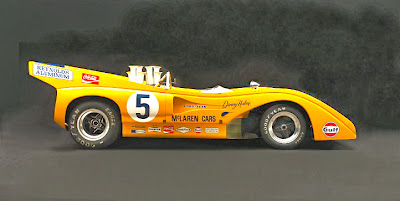 McLarens were not only victorious in the world’s richest and most prestigious races, the company changed motorsports through a relentless pursuit of perfection. They brought a strictly professional approach to a sport that had been more of a glamorous hobby than a true business. Today McLaren is still the only marque to win the Formula 1 Constructors’ Championship, the Indianapolis 500, the 24 Hours of Le Mans and the Can-Am, above,  photo
by Peter Harholdt, Championship!

“McLaren’s racing record is without equal,” said Bill Warner, Founder and Chairman of the Amelia Island Concours d’Elegance. “The company is about quality and excellence in every component of the car, their execution, preparation and presentation.” 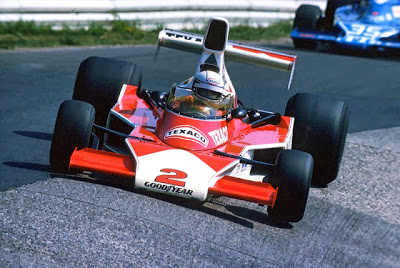 To celebrate 50 years of McLaren, the Concours will include 2014 Honoree Jochen Mass’ ‘77 McLaren M23 Formula 1 racer as part of the “Cars of Jochen Mass” class. This historic Cosworth-powered M23 took Mass to second place in the 1977 Swedish Grand Prix at the 2.497-mile Anderstorp circuit. Photo above from collection of  Michael Keyser.

McLaren’s racing history includes a list of landmark victories that are a testament to the company’s groundbreaking performance. Bruce McLaren Motor Racing Ltd. was created in 1963 by Bruce McLaren, after driving for Cooper Cars. He won the 1959 and 1960 Formula 1 Constructors’ Championships and the 1962 Monaco Grand Prix. Since the first McLaren raced in Formula 1, at the 1966 Grand Prix of Monaco, the team has logged over 730 Formula 1 races with 182 F1 GP victories, eight World Constructors’ titles and 12 Drivers’ Championships!

“McLaren’s unblinking quest to improve upon what many called ‘perfection’ is what made them the most successful racing team in history,” said Warner. “No one can match their successes across such a broad range of racing disciplines. Only Ferrari has won more Formula 1 titles than McLaren, but they had a 17-year head start.”

Bruce McLaren’s talent for auto sports and business paved the way for McLaren’s future success. He personally won two Can-Am titles in 1967 and 1969 and the 24 Hours of
Le Mans, alongside countryman Chris Amon in 1966, driving a Ford GT40. McLaren won 43 Can-Am victories between 1967 and 1974, even though Bruce passed away testing
his new McLaren M8D Can-Am racer in 1970. 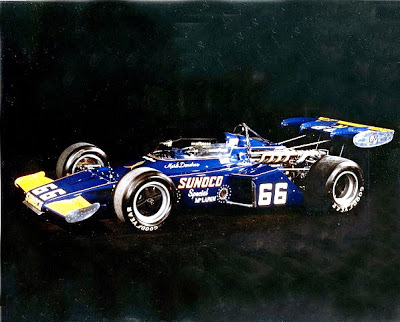 McLaren cars went on to secure three Indianapolis 500 victories between 1972 and 1976 and claimed victory at the 24 Hours of Le Mans in 1995 with the F1. The F1 was never meant to be a racer and won Le Mans upon its debut. With this victory, McLaren became the only marque in history to claim motorsport’s famous Triple Crown – victories at the Monaco Grand Prix, the Indy 500 and the 24 Hours of Le Mans. Photo, above, Indianapolis Motor Speedway.

McLaren Automotive North America will again be a participating sponsor of the Amelia Island Concours for the third consecutive year. McLaren will host event guests at its brand display pavilion on Saturday and Sunday where several special vehicles will be shown.