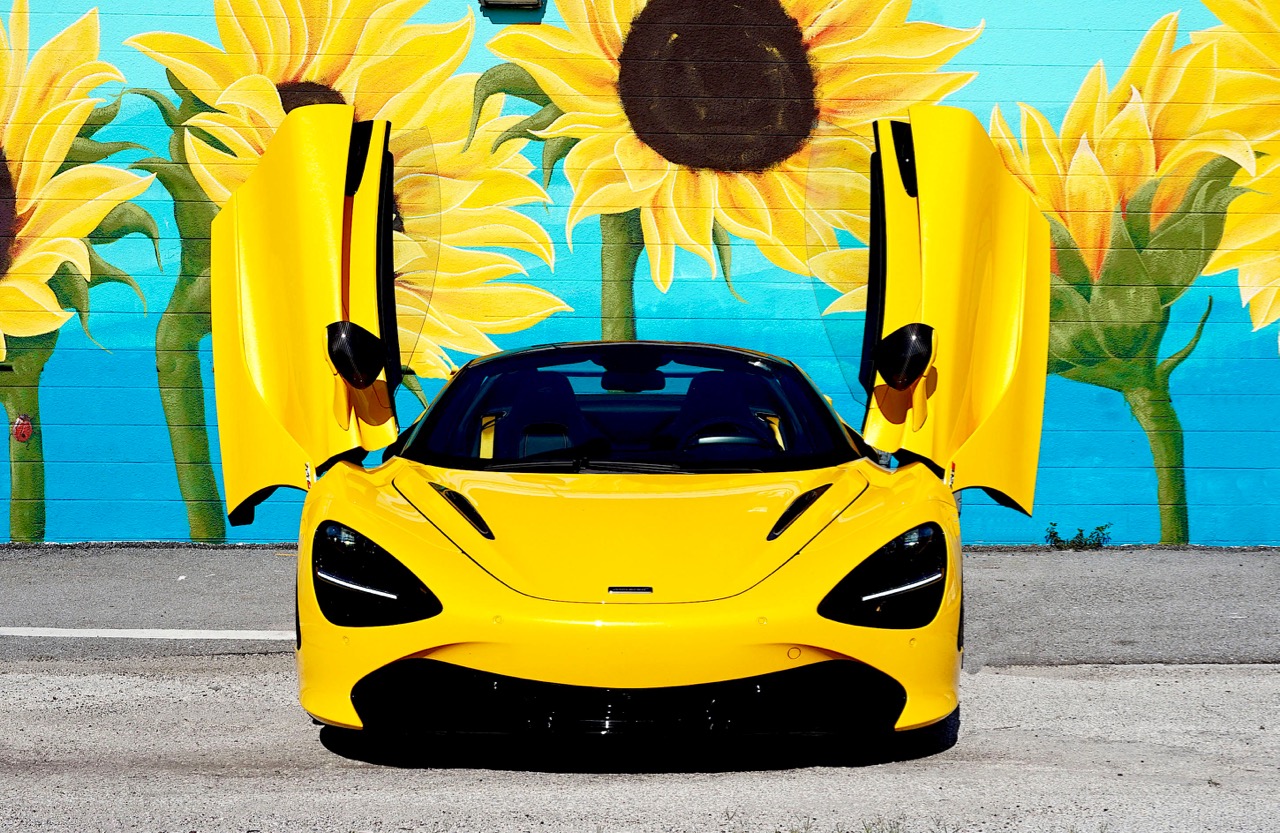 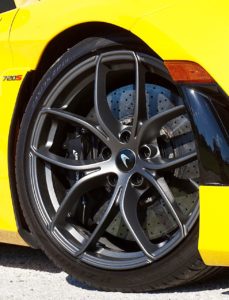 No Fourth of July fireworks for you this year? No worries, I have fireworks for you. Lots of fireworks. Pyrotechnics in the shape of this rolling 710-horsepower bottle rocket with more bang than a truckload of M-80s! Light the touch paper on this incandescent ‘20 McLaren 720S Spider I’ve been scaring myself silly with this week, and the explosive acceleration will definitely have you seeing starbursts.

This thing isn’t fast; it’s an F-18-on-after-burner fast. Fast as in a streak-of-Florida-heat-lightning-across-the-horizon fast. Faster than Usain Bolt out of the blocks. And to sit behind the wheel as this molten yellow howitzer fires off the line is a cardiac arrest waiting to happen. Fingers tingle. Eyes wince. Lungs collapse. Belly-button outies turn into innies. Your mind simply gets blown. Life is good!

It’s what happens when you strap a race-bred 4.0-liter twin-turbo V8 packing the aforementioned 710-horsepower and 568 pound-feet of gym-honed muscle, into a carbon fiber body weighing not much more than a Tupperware container. Yes, you can go for the full face-melting histrionics with an all-hell-breaks-loose standing-start acceleration run. This involves standing on the brake pedal with your left foot, standing on the accelerator with your right. And, simply stepping off the brake.

Nothing, and I repeat for effect, nothing prepares you for the gut-wrenching detonation of forward motion. McLaren claims standstill to 60 mph acceleration in an insane 2.8 seconds. Top speed? That would be a pants-on-fire 212 mph. But I’d argue the best fireworks display is when you’re ambling along at say 50 or 60 mph, the gap in the traffic opens up, you pull back twice, three times on the paddle shifter, and floor it. This is when the USS Enterprise goes into hyperdrive, vision blurs, stars streak, and suddenly you’re entering Romulan air space! 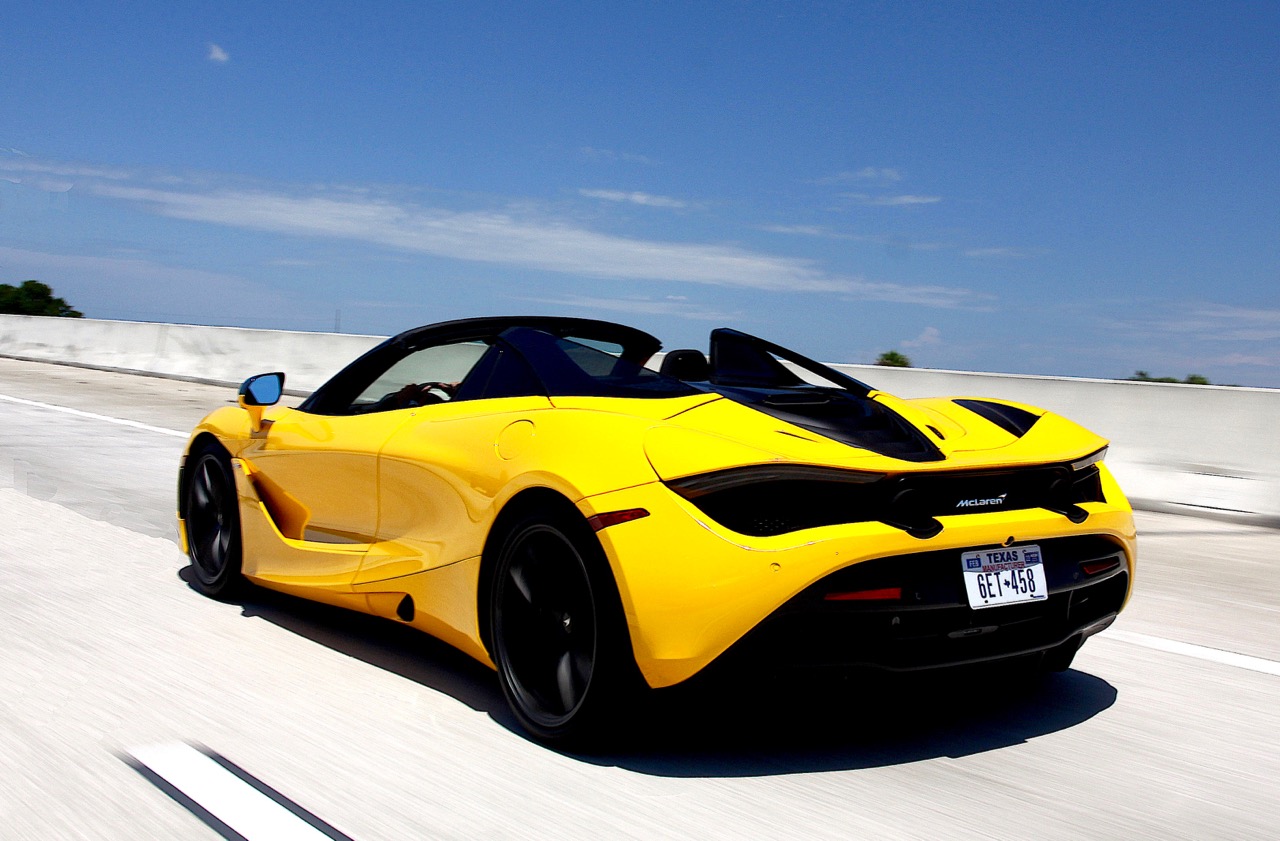 Whereas the 720S Coupe feels brain-cell-destroyingly fast, the hurricane blast of air rushing over the open top of our 720S Spider convertible only multiplies the sensation of otherworldly speed. And as a piece of mechanical art, the McLaren’s folding roof is up there with anything Leonardo created. At the mere toggle of a switch, the top unlatches, the rear deck opens and the panel descends in a speedy 11 seconds. And you can drop the top even when you’re rolling along at up 31 mph. 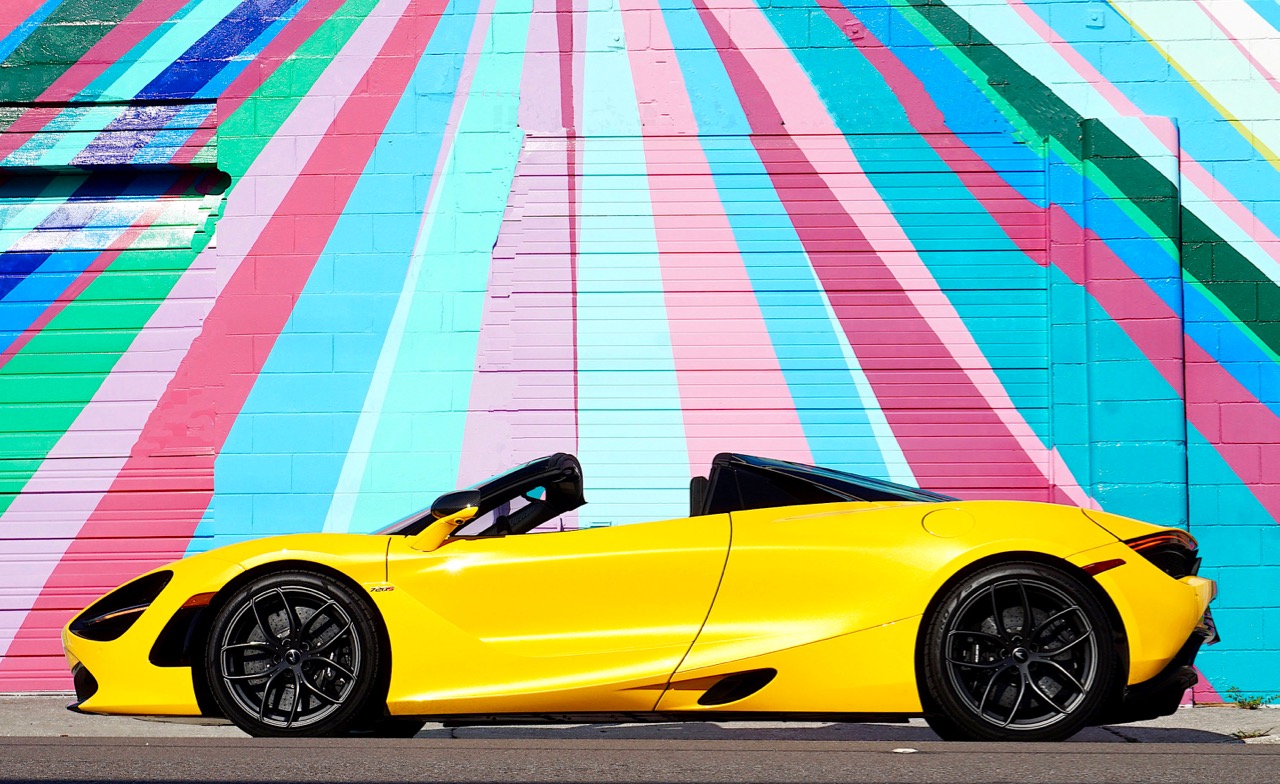 The folks at McLaren are so proud of this levitating lid that they’ve applied for three patents on it. I’m sure one of those patents-pending is for the optional – though absolutely must-have – electrochromic roof. It’s a glass panel that at the press of a button darkens, reducing light by 90 percent. Perfect to temper the Florida midday sun. 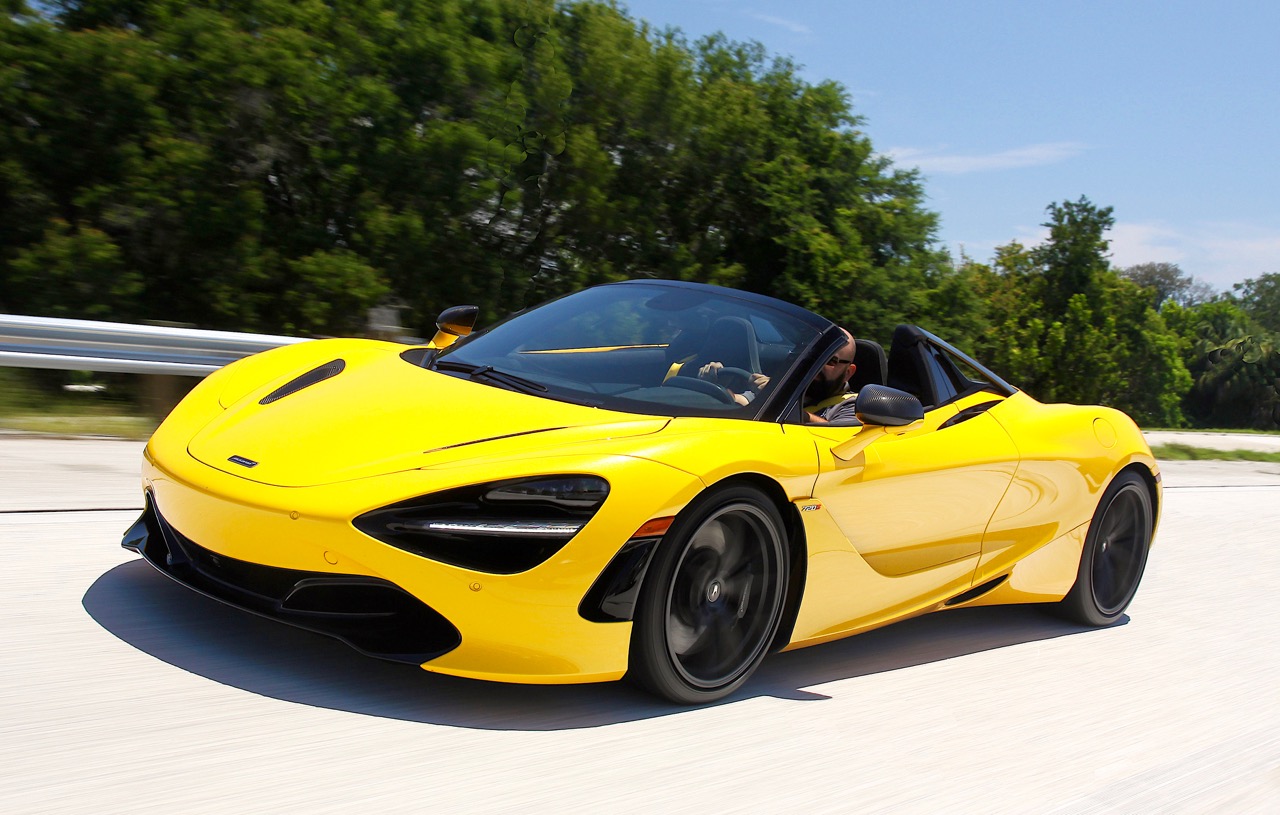 But what really sets the 720S Spider apart from its few rivals is not just its heart-pounding speed, but also its usability. Hard to comprehend, but the 720S is a doddle to drive. Slump down inside and the seats are super-comfy, legroom and headroom generous, and the best part, all-round visibility is terrific. I’ve been in Supercars where I’ve had to hang out of an open door to reverse to a parking space. Not so in the 720S. 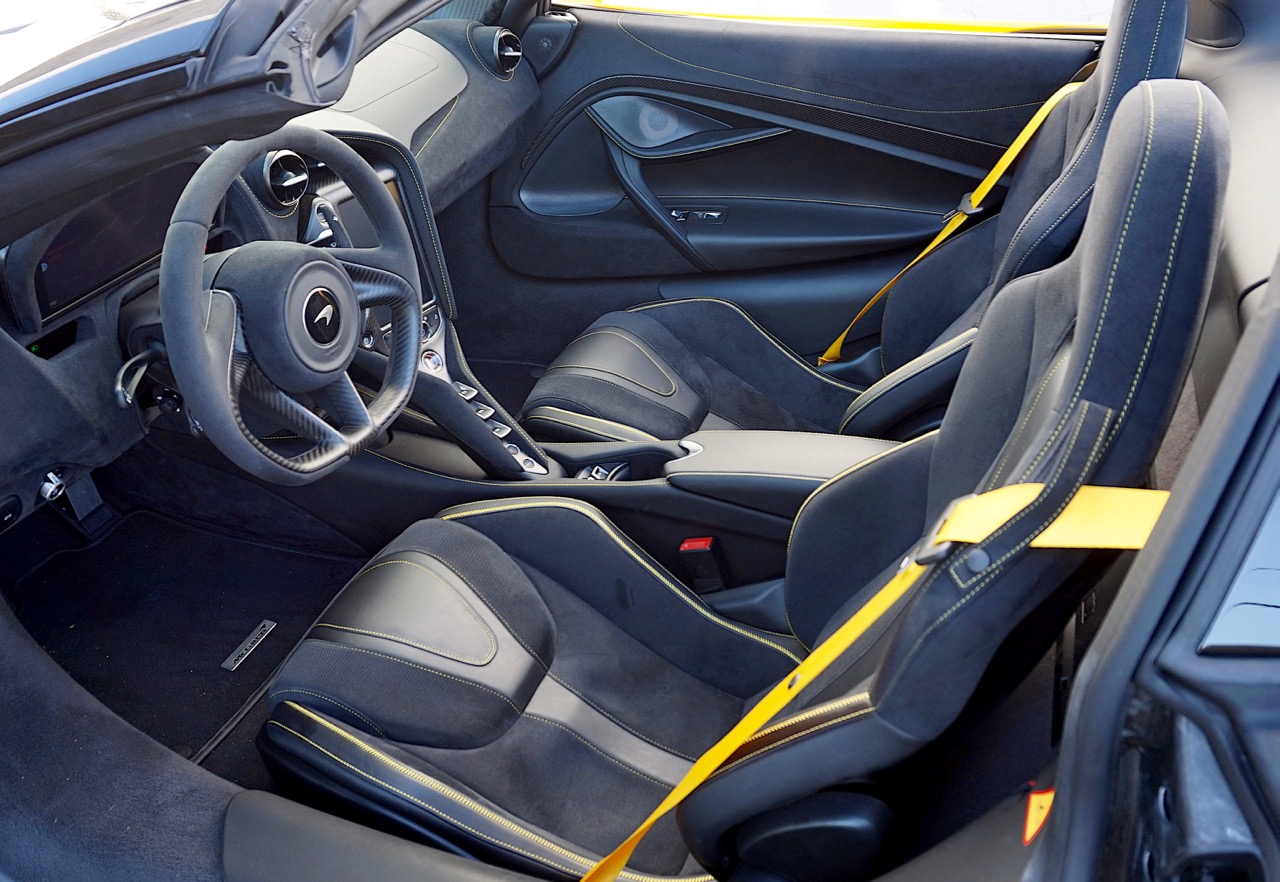 Around town, the McLaren just ambles along, the big, torquey V8 happy to roll at 30 mph in sixth gear without a complaint. And for a highly-strung Supercar, the ride is sublime; lumpy asphalt, even potholes, just get hoovered-up. Couple this with light, super-responsive steering, brakes that could stop time, and a seven-speed dual clutch automatic that shifts gear with the speed of flicking a light switch, and the 720S Spider rightly ranks as one of the world’s greatest Supercars. 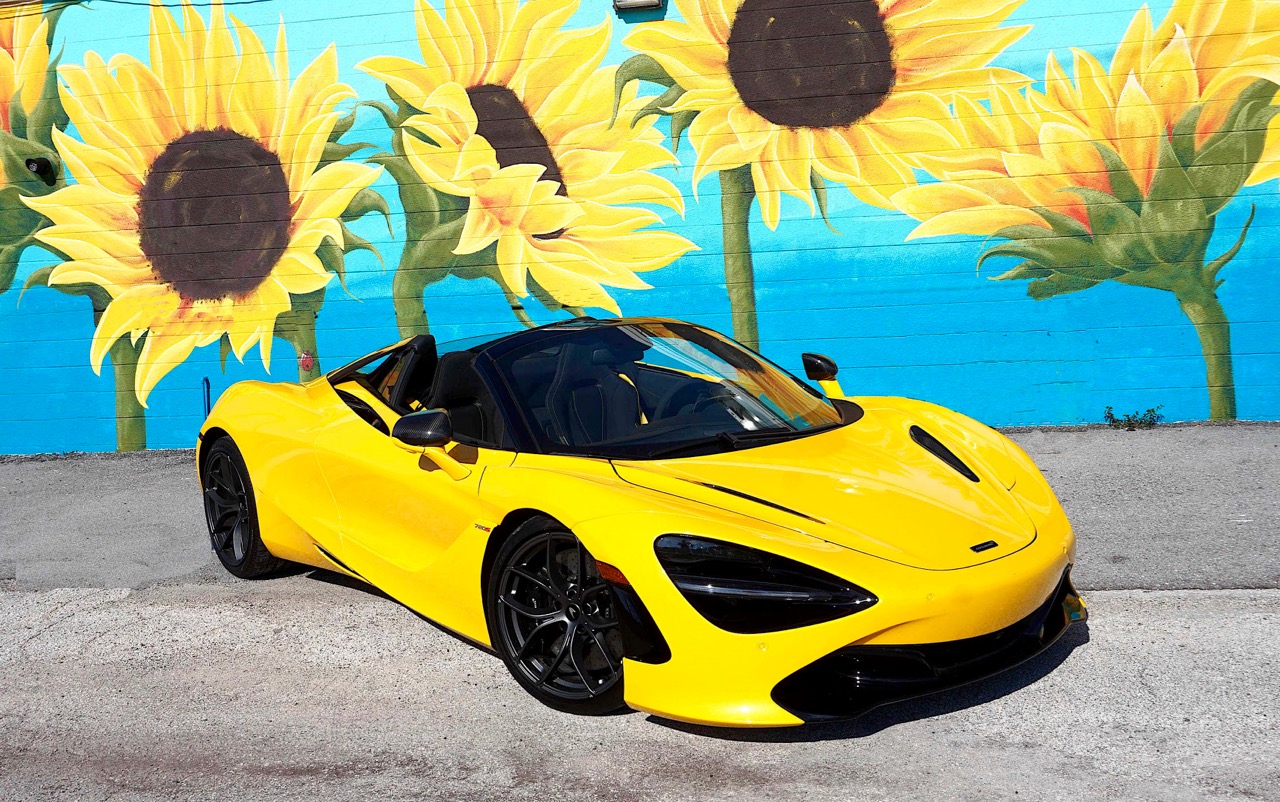 As for having your own personal Fourth of July fireworks show any time of the year? Priceless.