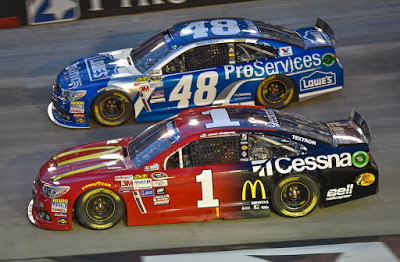 When Bill France Sr. founded NASCAR in 1948, driver safety wasn’t exactly a primary concern. That first generation of drivers showed up on race day in the fastest cars their teams could build. There was a general understanding that auto racing was a dangerous endeavor, and that any measure to increase safety might decrease your chance of taking that checkered flag first.

But it didn’t take long for these ideas to change. In an http://www.dish.com/dig/sports/motorsports-hof-of-america-nalon-leads-detroits-last-class/, Alison Ingles Daly Sr. traces the events surrounding Duke Nalon’s historic crash in the 23rd lap of the 1949 Indianapolis 500 — just a year after the league’s inception. When Nalon’s car caught fire in the third turn, he had no flame-retardant suit to protect his body or quick-release seat belt to expedite his escape. He survived, but only after suffering severe burns and smoke inhalation-related lung damage. 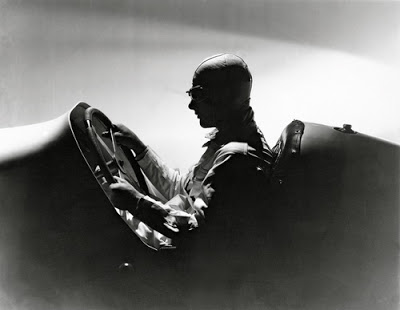 That he was able to return to racing a mere two years later was a small miracle, but the league he returned to had already started to find ways to ensure the safety of its drivers. From that point forward, you can basically trace the history of accidents in NASCAR racing to the history of driver safety. Here is a brief timeline of some of racing’s most memorable crashes, and the safety upgrades born in their wake.

When Nalon hit the wall in turn 3 at Indy, NASCAR had no standard uniform requirements for its drivers. Safety, in general, was considered a personal preference. A cautious driver might implement some foam padding into his car’s chassis to soften the blow in the event of an accident, or he might wear a DIY full-body mechanic’s suit to at least put a few millimeters of distance between his skin and the elements. But as races got faster and accidents started to occur with greater regularity, the need for a standard uniform became a necessity.

Enter DuPont, which introduced the first generation of http://www.nascar.com/en_us/sprint-cup-series/nascar-nation/nascar-edu/mobil1-technology-hub/nascar-mobil1-technology-fire-suit-fuel-cell.html in the late 1960s in response to the shocking deaths of Eddie Sachs and David Macdonald at the 1964 Indianapolis 500. By the end of the decade, the uniforms were no longer a preference. They were a league requirement.

By the time the ’70s rolled around, a new series of high-speed accidents had shifted the focus away from the driver and onto the car itself. The http://bleacherreport.com/articles/202274-joe-weatherly-1964-and-nascars-not-so-good-good-old-daysin 1964 had certainly started the conversation. Weatherly died instantly when his car struck the outside wall at Riverside International Speedway. Ironically, he wasn’t wearing a safety harness because he was worried about becoming trapped in a burning car.

His death was caused by blunt force trauma to the guardrail — an accident that could’ve been easily prevented with window netting. After a horrifying rollover accident caused Richard Petty’s arms and head to hang outside the car during the 1970 Rebel 400, window netting became a mandatory feature of all cars.

Seat belts have been evolving since the early days of racing and each new generation of car brings with it yet another advancement in seat belt technology. The original seatbelts were single straps of rope or leather with a single purpose: keep the driver from being ejected from the vehicle in the event of an accident. Yet as safety engineers gained a greater understanding of high-speed collisions and their effect on the human body, seat belt design became far more nuanced. By the late ’60s, all drivers were wearing a two-strap harness that dispersed the shock of a sudden collision away from the body.

To assuage the fears of drivers like Weatherly, a single-release latch was also developed so that drivers could easily remove themselves from a burning car. Today, drivers wear a six-point harness that was developed after the http://sports.espn.go.com/rpm/nascar/cup/columns/story?columnist=hinton_ed&id=6116145during the final lap of the 2001 Daytona 500.